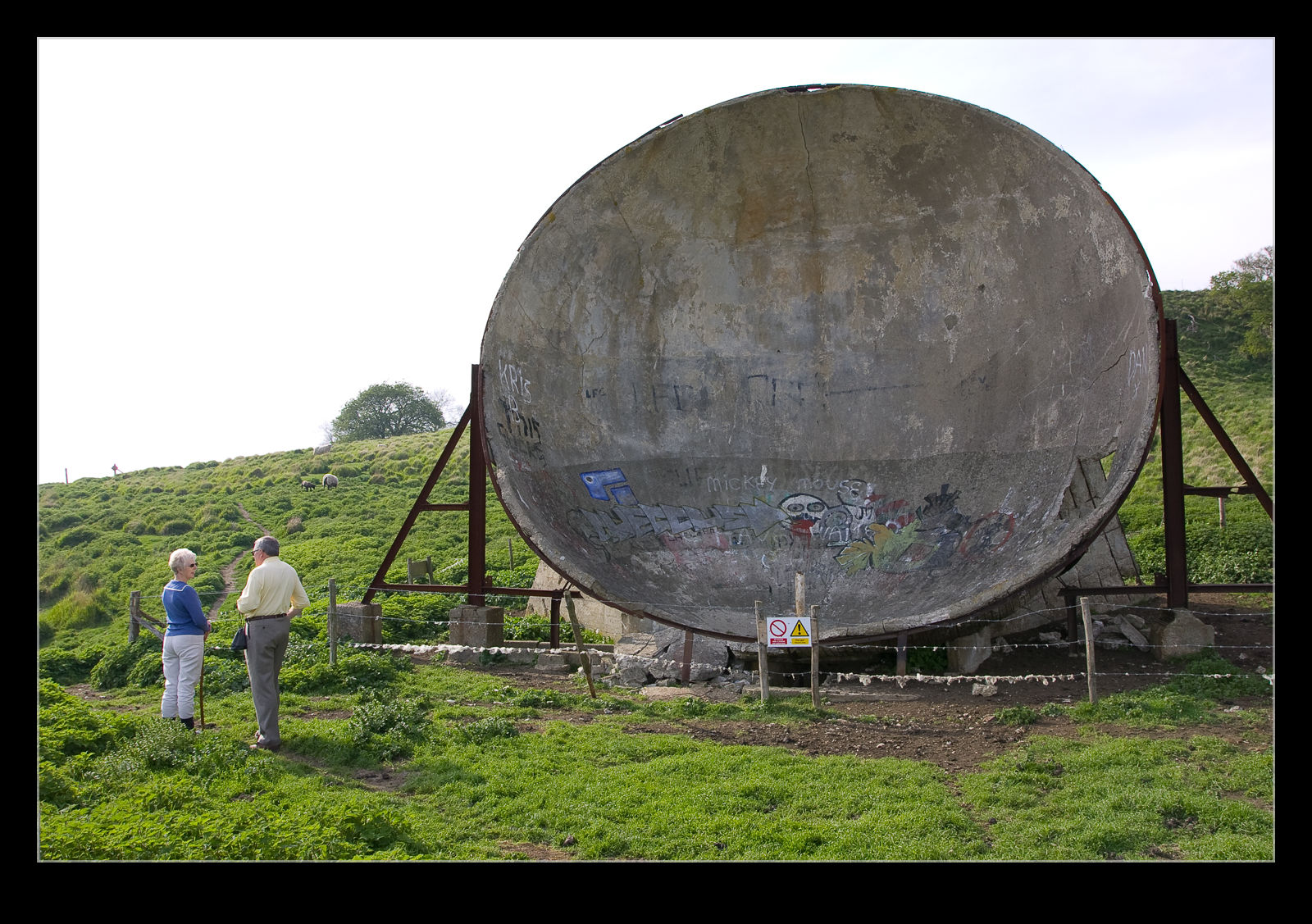 In the days before radar, there were other techniques that were used for trying to detect inbound enemy aircraft.  One of them was the use of sound.  Dotted along the southeast coast of the U.K. are a number of locations with devices for focusing sound.  One of them is located in the hills above Hythe.  This is one of the simpler forms that were used.  Despite the age, the contract structure is still in good shape.  With the introduction of radar, these sites were redundant but they do provide an insight into the trying of any idea to gain an advantage in another era.