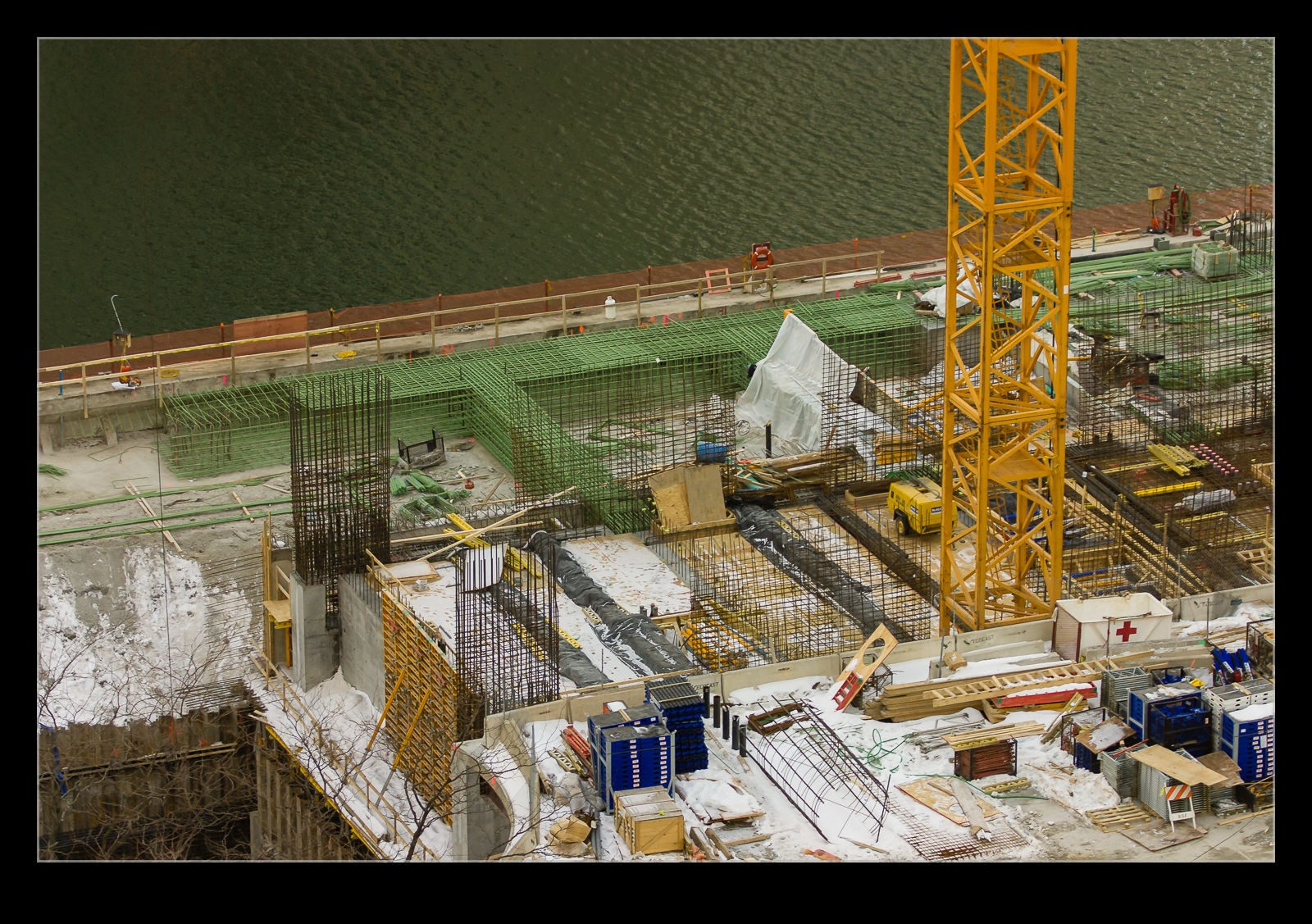 I have already posted a couple of times about the construction next to our old apartment in Chicago.  The demolition of the Sun Times building was here and the removal and replacement of Wabash Avenue was here.  This was all associated with the construction of the new tower.  Since the plot on which this tower was going to be built was pretty small, it couldn’t be a traditional steel frame skyscraper.  The provide the stiffness needed for such a slender tower, it had to be constructed of concrete. 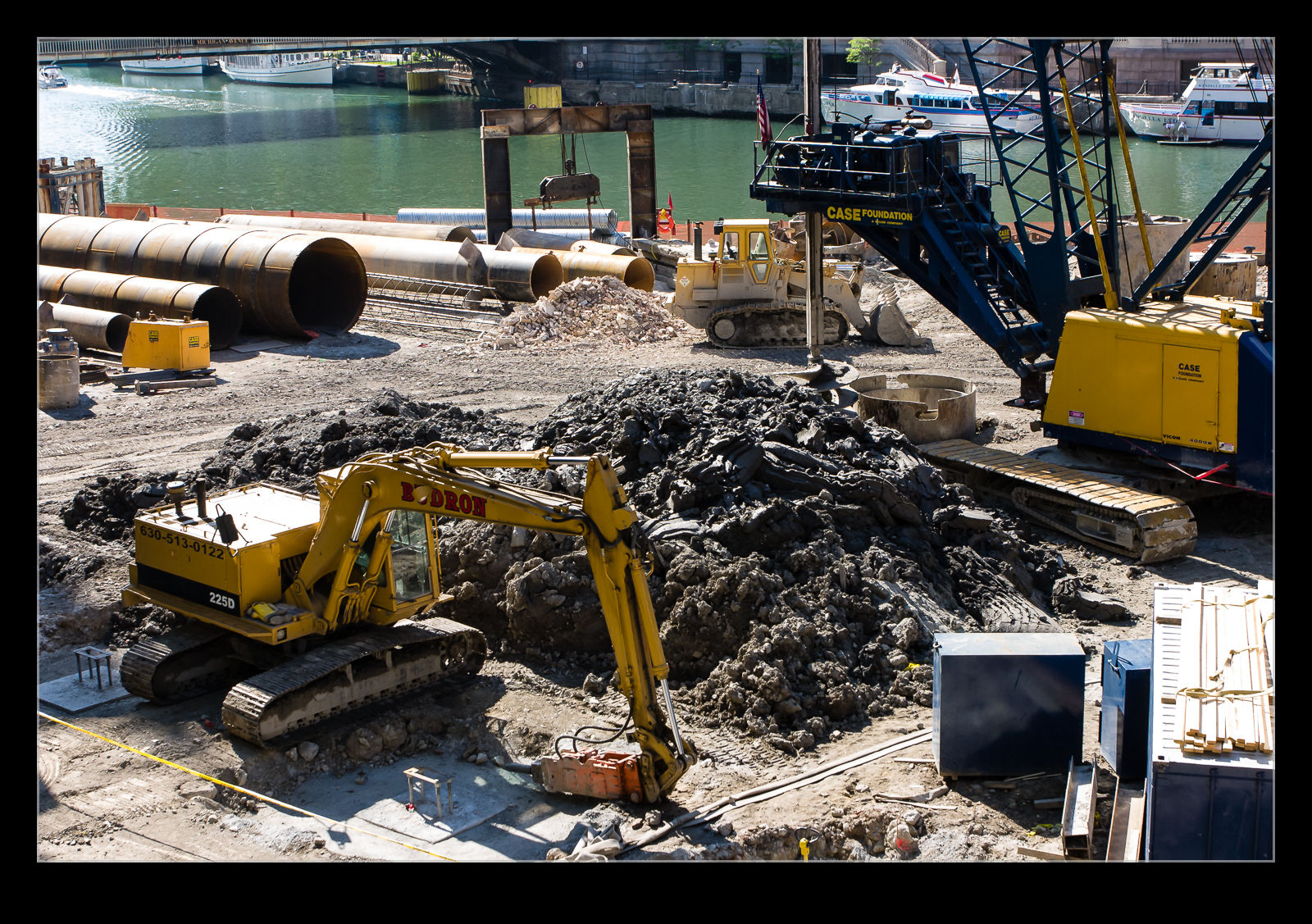 This required a substantial foundation.  First was the need to clear out the old foundations.  The Sun Times building had been constructed on top of a ton of piles that were timber poles driven in to the ground.  These all had to come out before anything else could be done.  Tons of them would be lying around at various times as they were pulled out prior to being taken away. 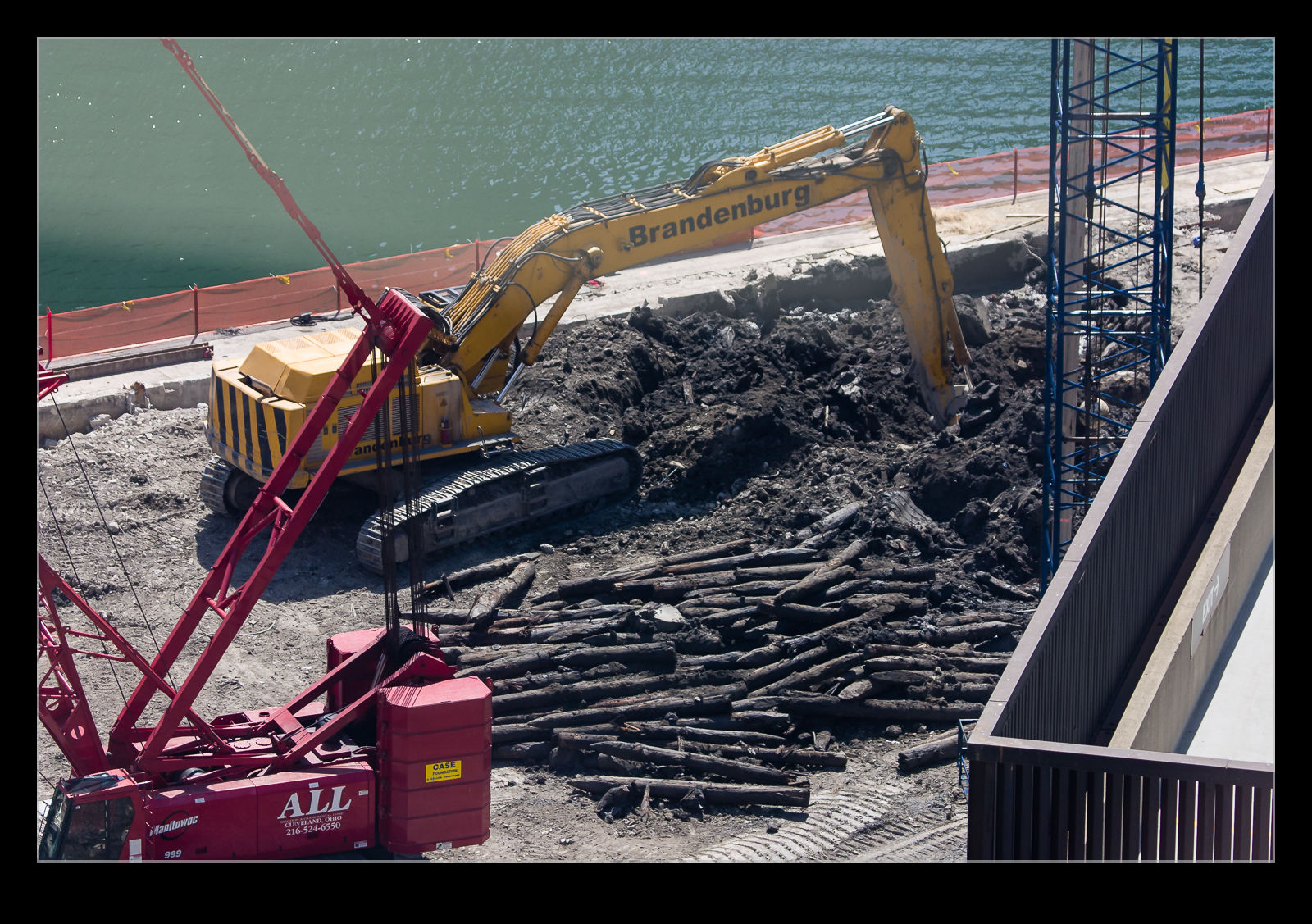 Next was the need to drill down for the new piles.  I seem to recall that they went down about 130 feet but my memory may be off on that.  Some of the piles were really wide while others were slightly narrower.  Larger drills would take out the earth and then steels cylinders would be inserted in to the whole.  Rebar reinforcements would be inserted before the concrete could be poured in to make the final pile.  This process was repeated across the site over a course of months. 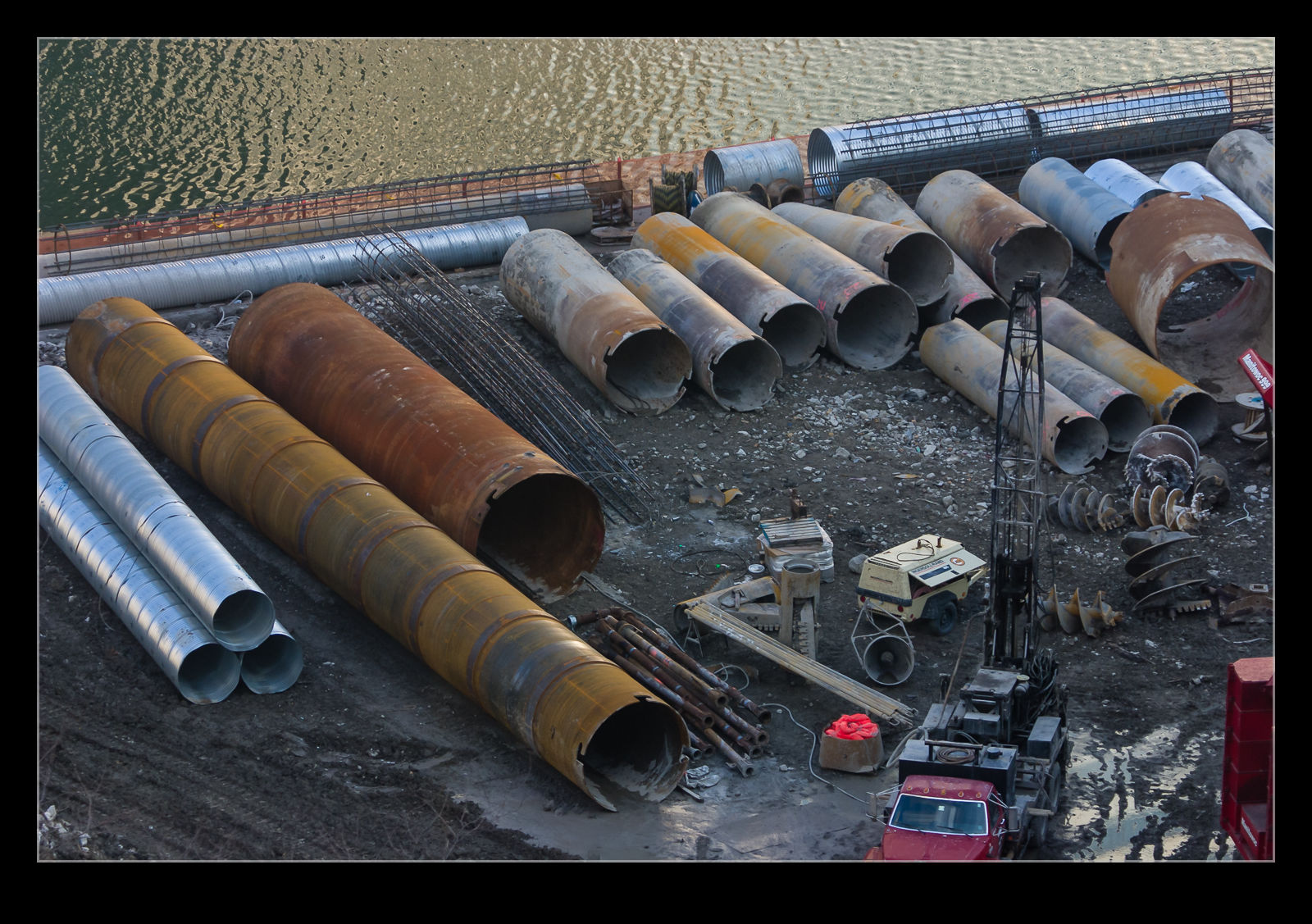 All of this was the precursor to the main foundation.  The building was built on top of a concrete raft.  This sat on top of all of the piles.  It was a single pour.  The whole pour took about 48 hours.  A steady stream of trucks brought the concrete in from a mixing plant a couple of miles away.  The mix was a special high strength one and each truck was tested as it arrived.  Pouring such a volume of concrete continuously required great care because the material generates heat as it sets and there was constant monitoring to ensure that the overall temperature remained within range.  Once they started, they couldn’t stop. 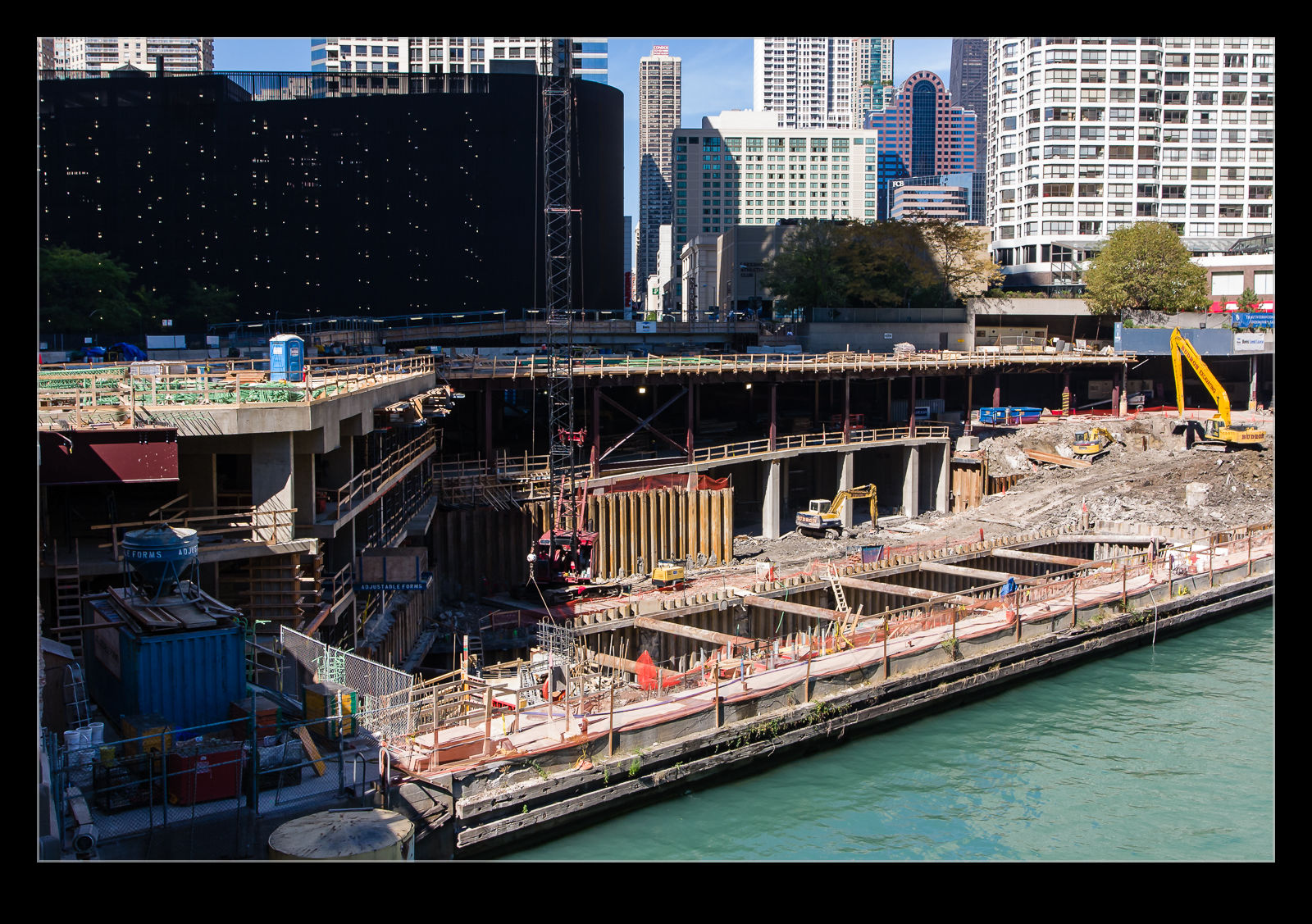 The whole thing apparently went to plan and the result was a large concrete base on which the rest of the construction effort would build.  After months of preparation, finally it was time for things to start going up again. 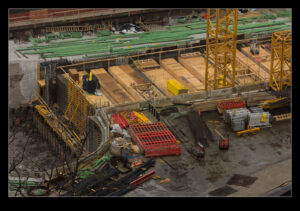 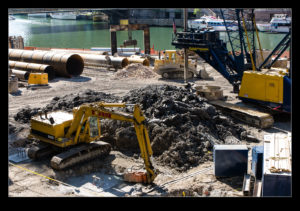 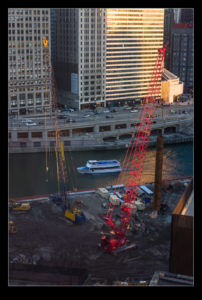 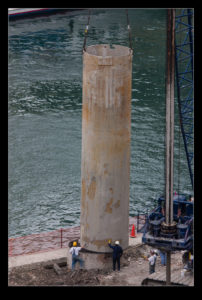 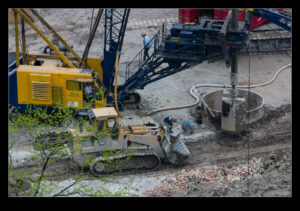 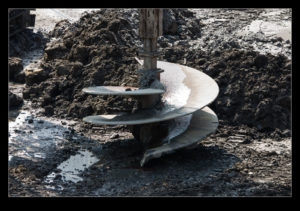