The demolition of the Sun-Times building was discussed in this post.  The building wasn’t the only thing to go, though.  The creation of the new tower meant that the street needed to be rebuild around it.  Consequently, a section of Wabash Avenue was completely taken apart before being rebuilt.  This meant our street became a dead end for a long time.  You could walk through on a temporary footbridge that they installed (which was good for seeing what was going on) but road traffic went elsewhere.  This made getting a cab a lot harder! 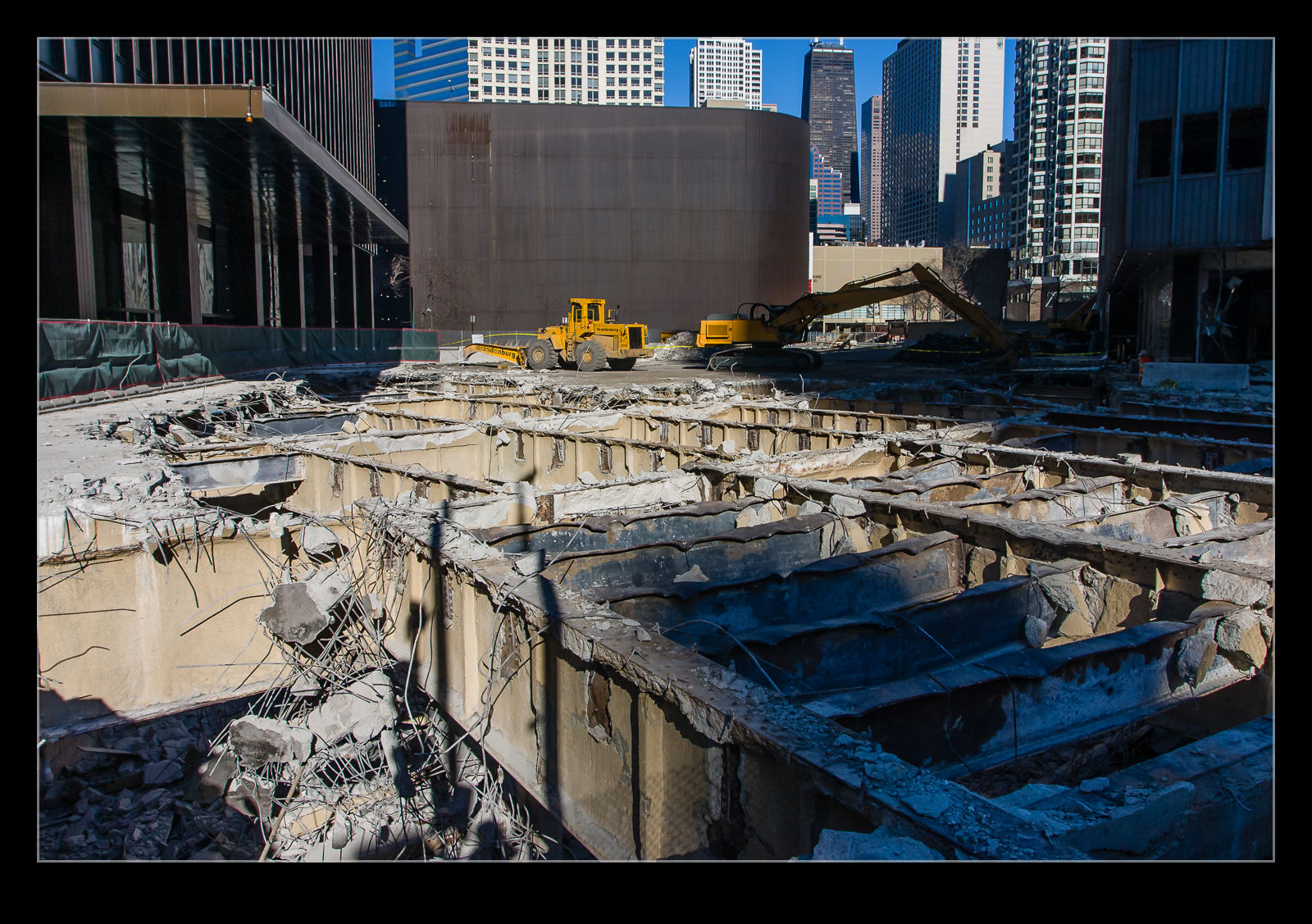 The roadway was elevated, built upon a series of steel girders.  The surface was drilled out and the structure taken down.  There was a lot of construction for what would ultimately sit under the new roadway and for the access to the new building.  Then new supporting structures were erected.  Finally, a new roadbed was installed.  Before the finish was laid on top of this, you could see the elements that would be contained within it.  Drainage elements as well as the central dividers that would be filled with plants could be identified.  There was also going to be a concrete pump to support the building construction and the exhaust port for this was built into the new road in the center. 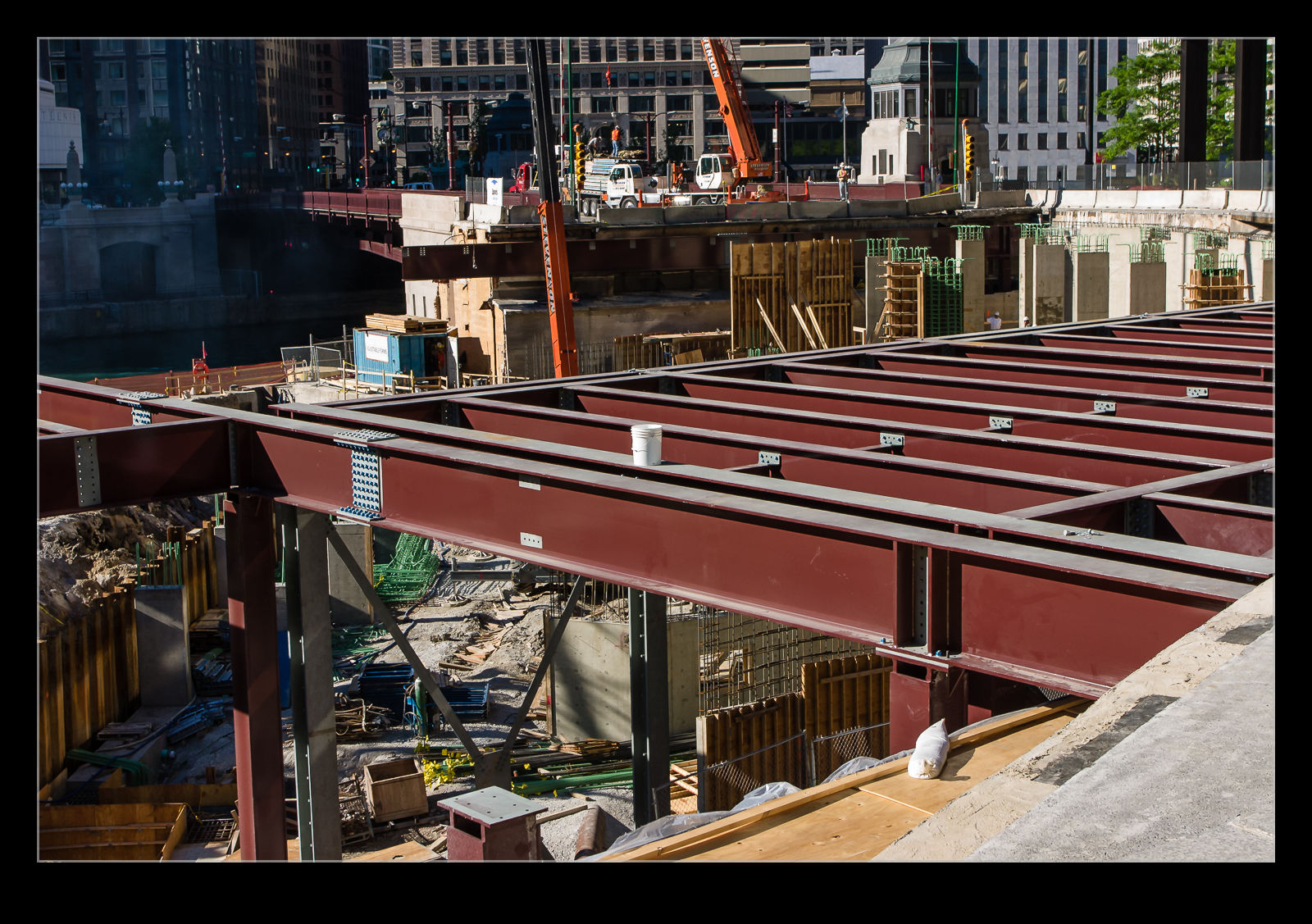 Eventually the new road was completed and the traffic was free to come through again.  Since everyone had found new routes, it was actually quiet for quite a while until people got used to having the road available again.  Once it was complete, it was quickly hard to remember what it had been like when closed. 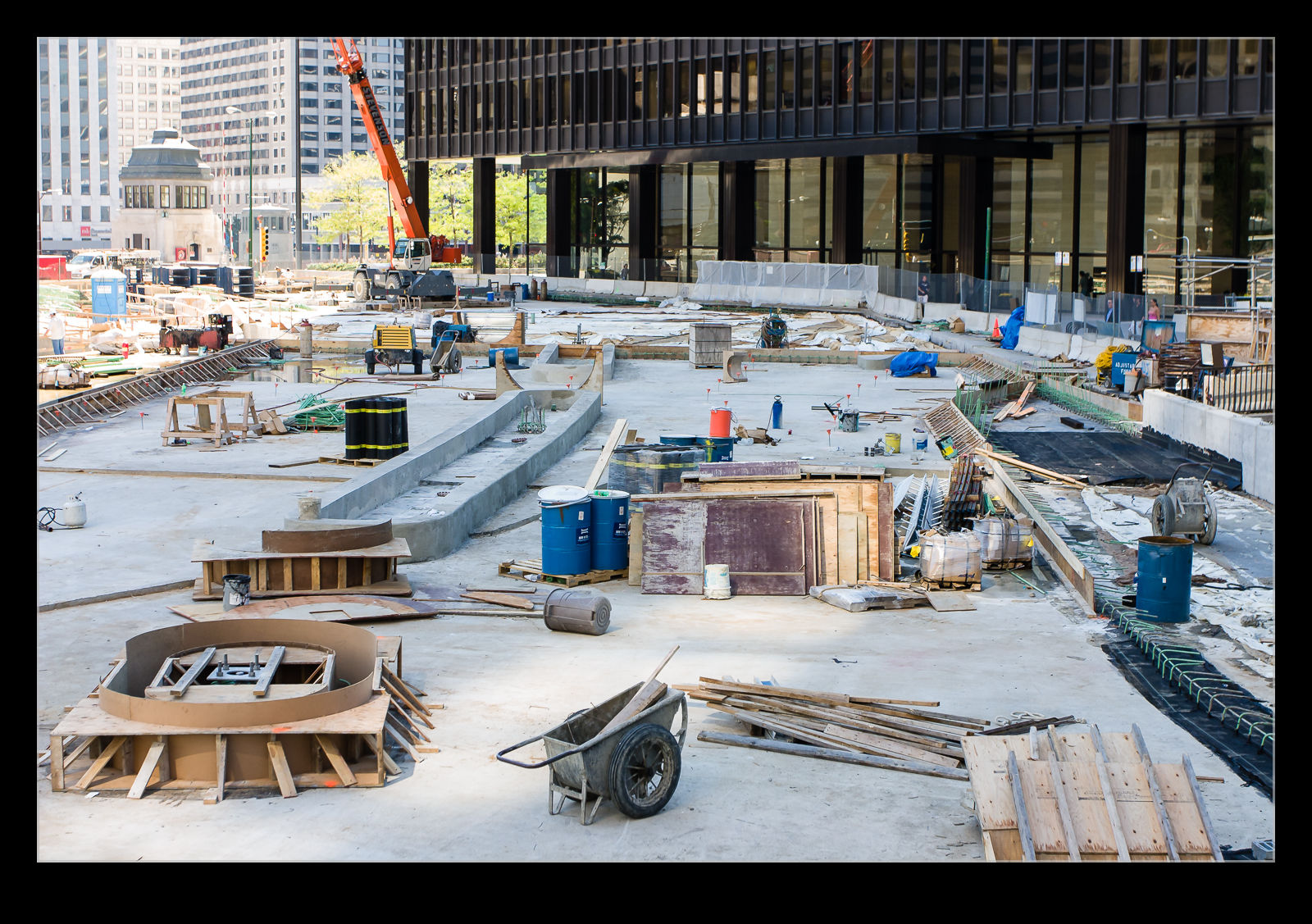 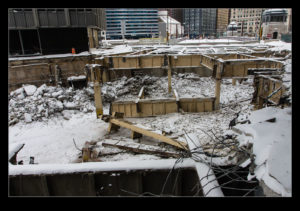 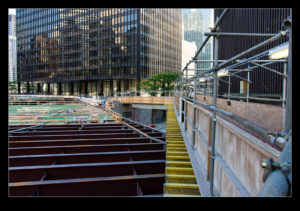 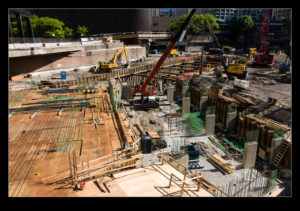 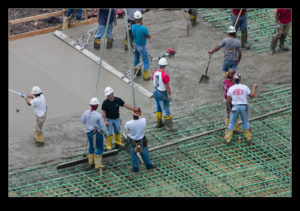 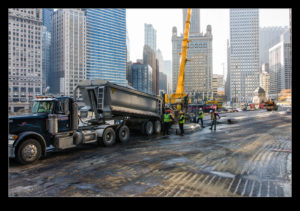 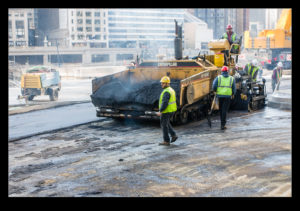