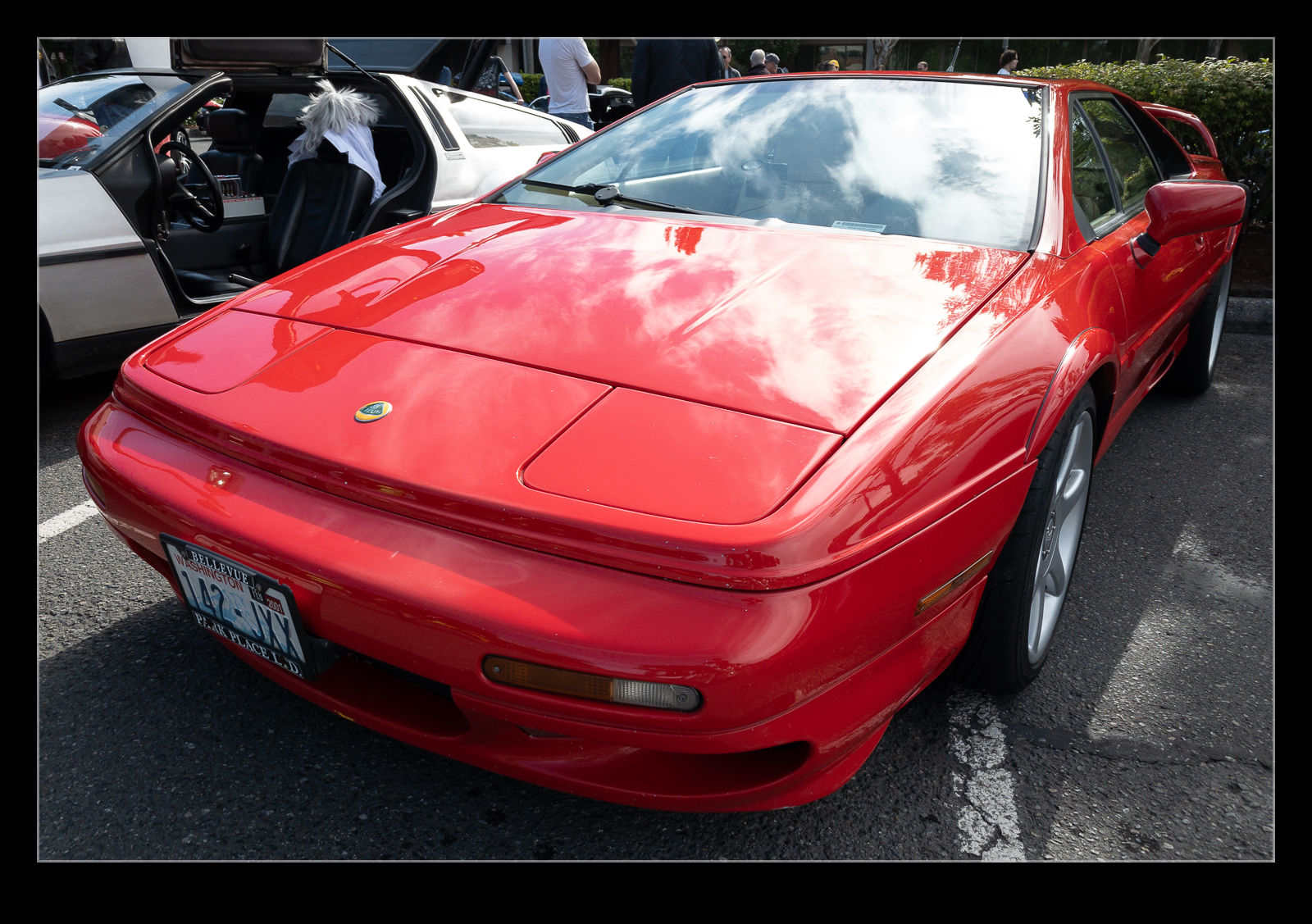 As a young kid growing up in the 70s watching Bond movies, the Lotus Esprit that became a SAM launching submarine made a big impact on me.  The next movie also had an Esprit, this time in turbo form, but it got blown up very quickly and a 2CV was the “star” of that movie which did not please me at all.  My love for the Esprit was born and it continued through the Turbo SE and to the V8.  It had another movie appearance in Pretty Woman although I suspect only a few of us watching were impressed. 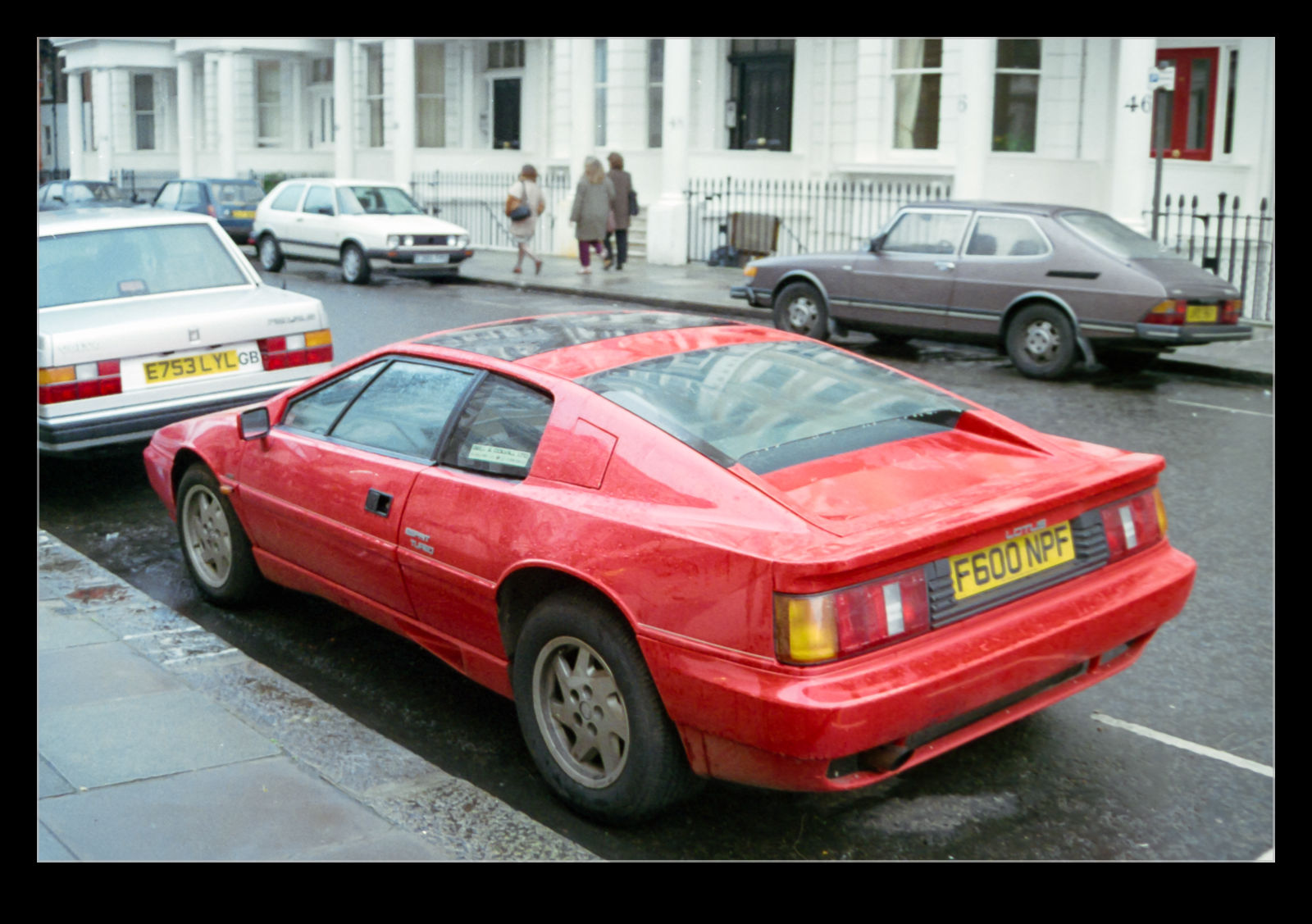 A V8 example showed up at Redmond.  I got chatting to the owner, a Brit as it turned out.  He had owned a Turbo in the UK and then bought the V8 after he moved to the US.  Apparently, only about 70 were sold in the US and maybe half of them are still in use.  I loved checking it out and talking with him about the car.  It also reminded me of one that used to live in South Kensington when I lived there so I dug out the old negative scan and that one is included here too.  What a great looking car.  A shame the gearbox was never able to accommodate the power the engine had potentially on offer. 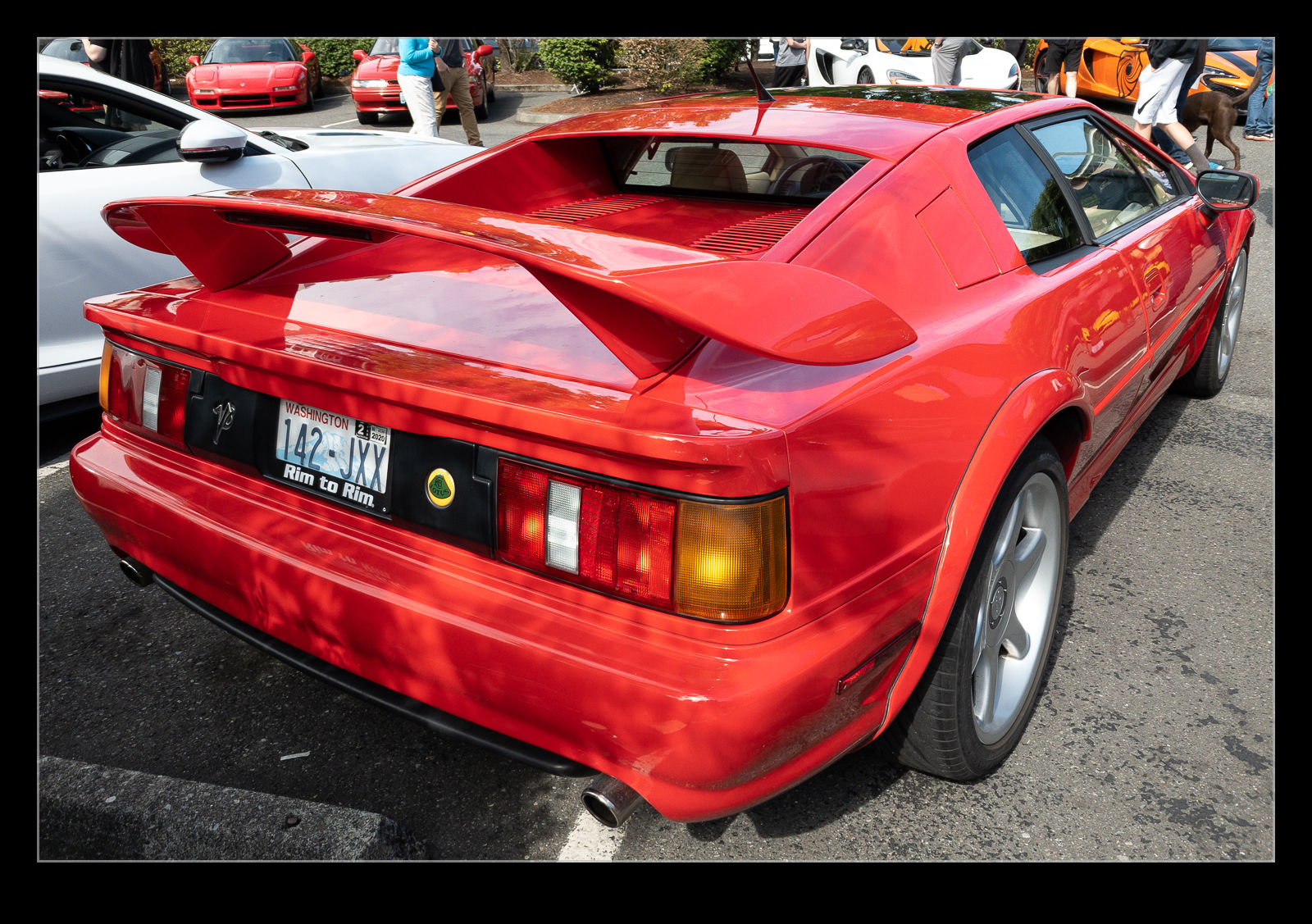