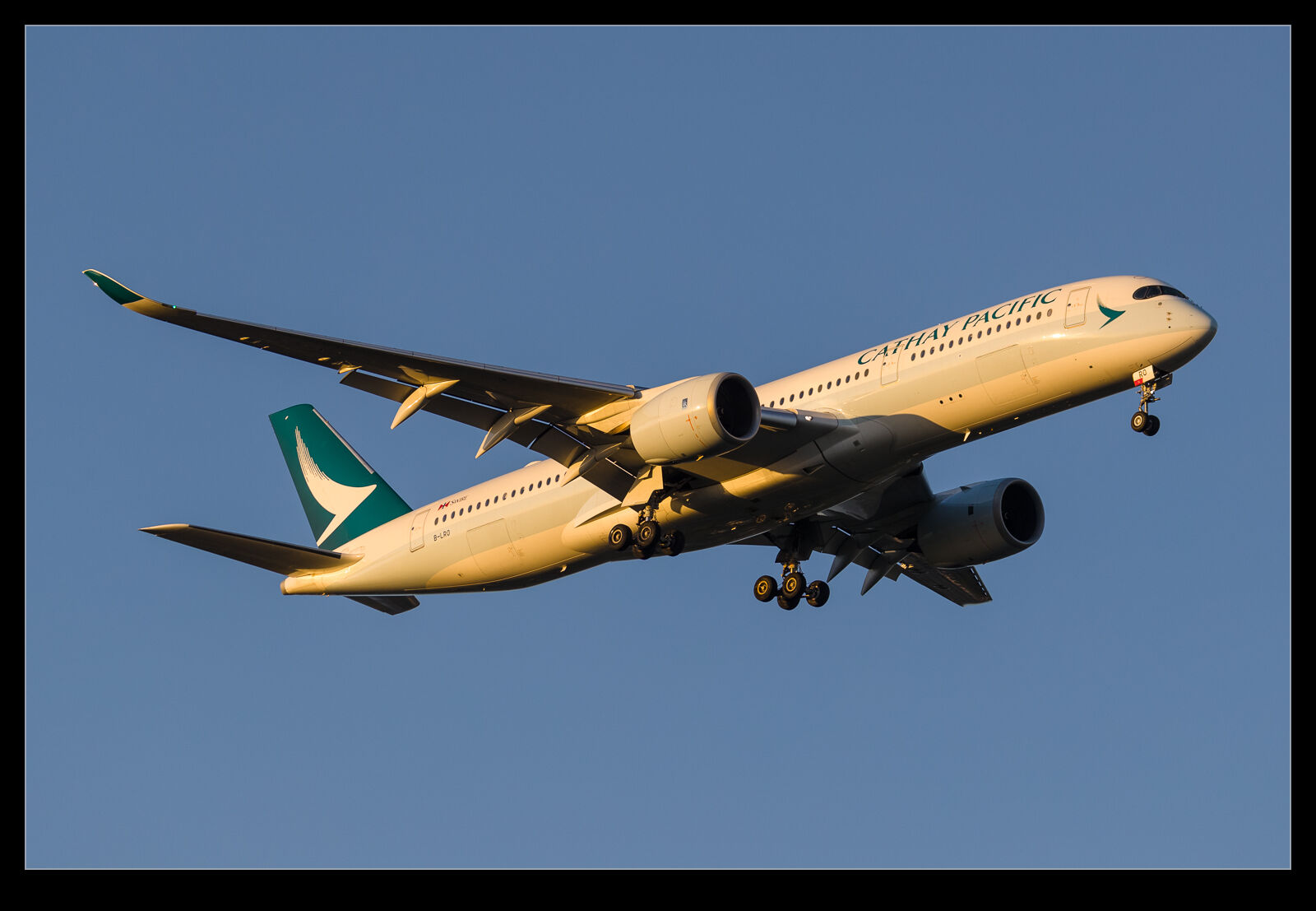 Cathay Pacific started direct flights to Seattle from Hong Kong.  They are using an A350 for the flight.  Unfortunately, it is scheduled to arrive around 9pm and then depart later the same evening.  That means, for most of the year, it won’t show up in daylight.  However, this time of year the sun sets pretty late.  It means there is an opportunity to get it arriving.  Forget departure though.  The only problem is getting a reasonable arrival time, i.e. not a long journey time and having little in the way of cloud when it shows up.  At least we are talking about summer. 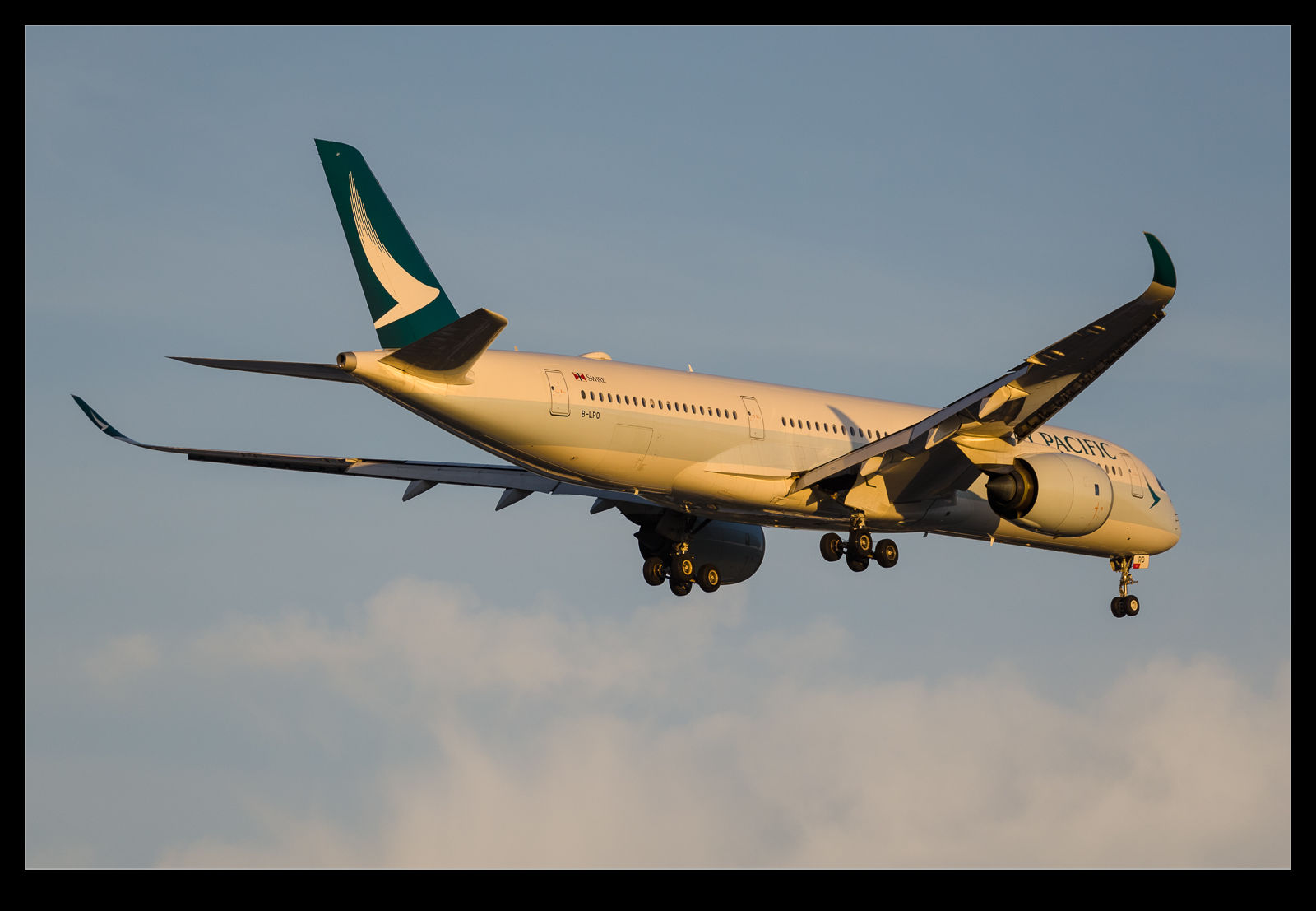 I made one trip out to get it.  Sadly, it was a little later than indicated and the sun was not gone but below a cloud bank when it came in to view.  I did get some shots but the flat light did not do the livery much service.  However, with the evenings getting longer and the weather getting better. A new opportunity showed itself.  The evening light on the jet as it was on short final made me glad to have made the trek down