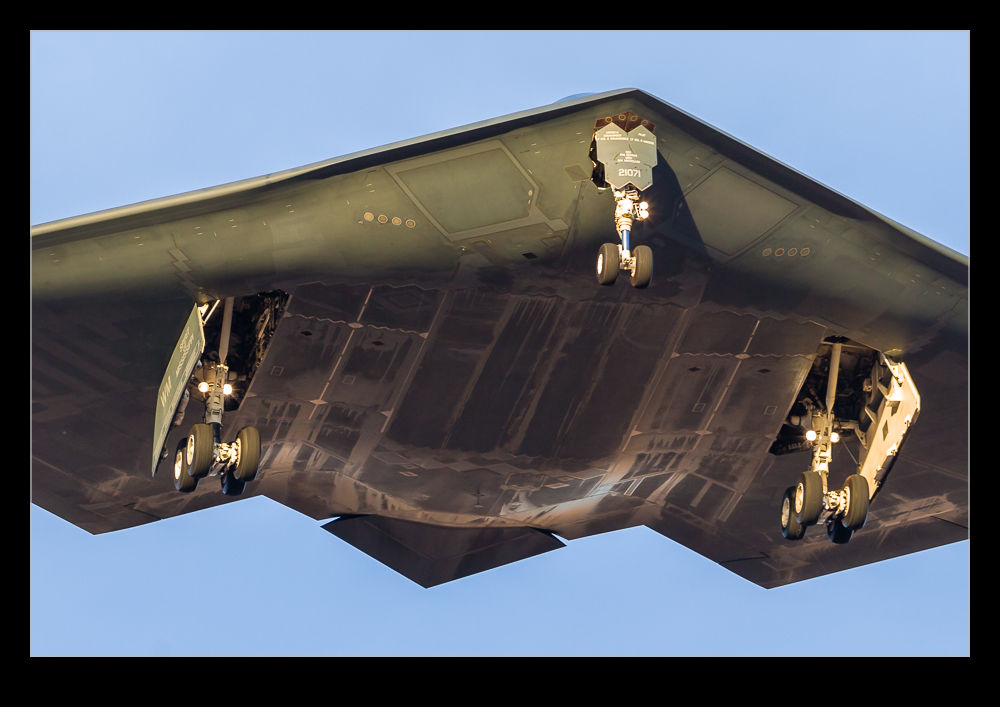 The B-2 has been around for a long time now. However, with only 20 of them around, they are still a rarity and good to try and catch. We were having mixed luck with them during Red Flag. We were late to the runways and so missed the launch. I got an iPhone shot and that was it. They were almost the last aircraft to recover so, again, we were on the bus when they landed. This was more frustrating since the sun was low and right down the runway making them look amazing. I was on the wrong side of the bus so just watched what I could see through the opposite windows. My colleague, Chris, was on that side so did get some shots for the feature. 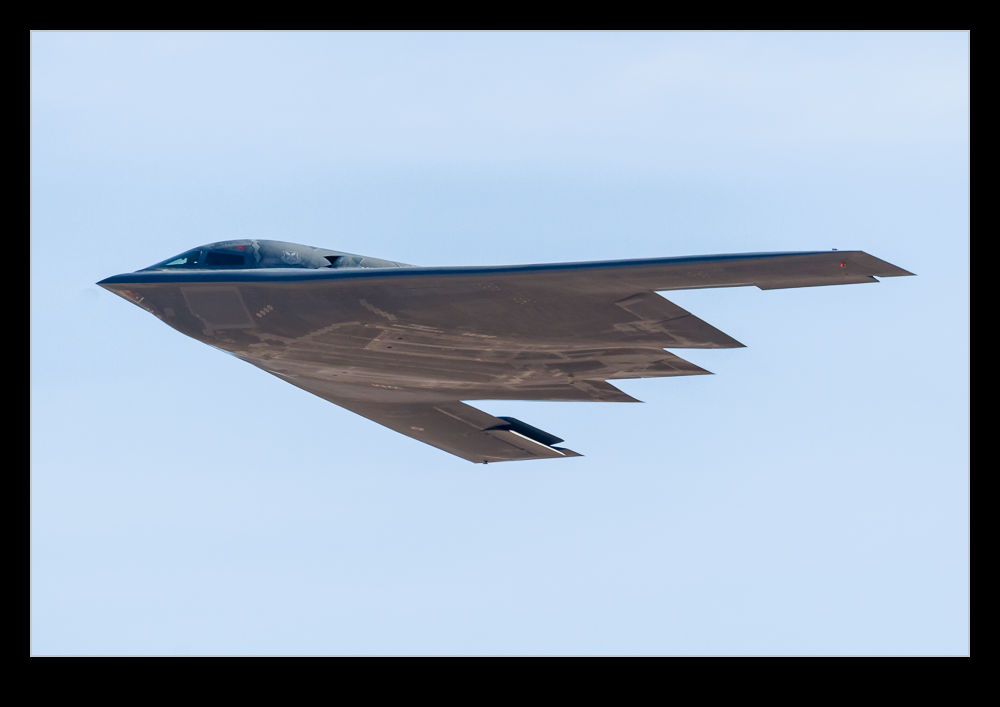 The following day I saw them launch. Early shots at Nellis from the speedway are not the best. They are quite heavily backlit so getting a good shot is not really practical. They also launch the B-2 from the far runway so it is a bit further away as well. When they were coming back, I had an idea. There is a location a lot further out which is quite good at night for looking over the field. You are in line with the runways so I thought it might be a good spot as the B-2 recovered. They would be relatively low since they were landing and the great evening light would be right on the nose. 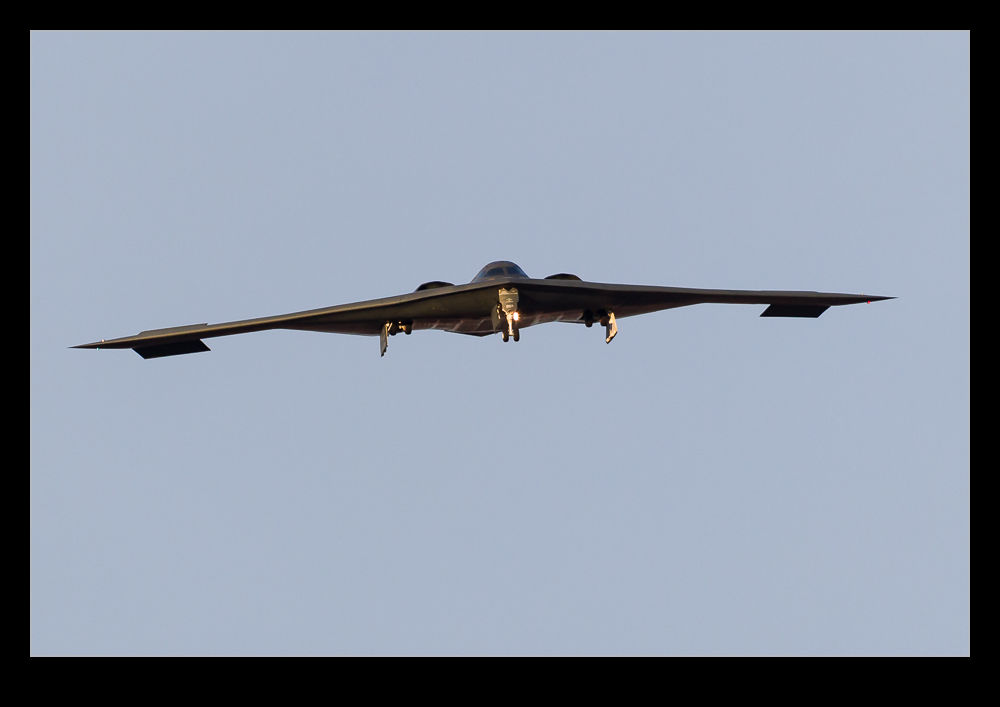 As the recoveries wound up, I packed my gear and left the rest of the guys on the speedway and drove off. I was getting quite close to the time I needed to leave for the airport so I was ready to get going as soon as they came in. First I got the tankers coming back. They did a bit of pattern work which was a bit disappointing but not the end of the world. I could see the crews de-rigging the cables since the B-2 and Sentinel cannot trample the wires. Then the Sentinel came into view. The runway still wasn’t clear so I wasn’t surprised when it broke off the approach and flew a pattern. Again, a bit disappointing but not too bad. 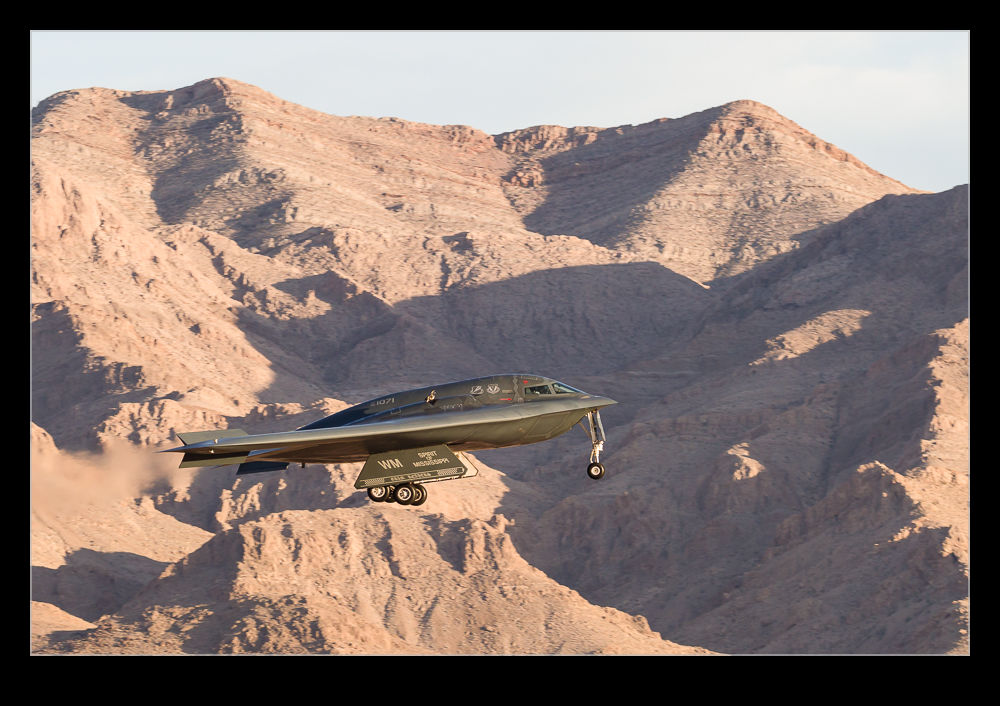 Finally the B-2s came into view. Time was now passed when I really should be gone but I had waited this long so I wasn’t going to quit now. The jet came down the approach and right over me as planned. It looked great. It was being followed by the other which then broke off its approach. I figured I had tried my luck enough and started to pack up. Then the first jet flew a go around and went into the pattern. I can only imagine how good the shots were that the guys at the speedway got as it flew around in the lovely evening light. I hope they were good. I was pleased with what I got so all was well. A dash to the airport went well and I made the flight without too much trouble. 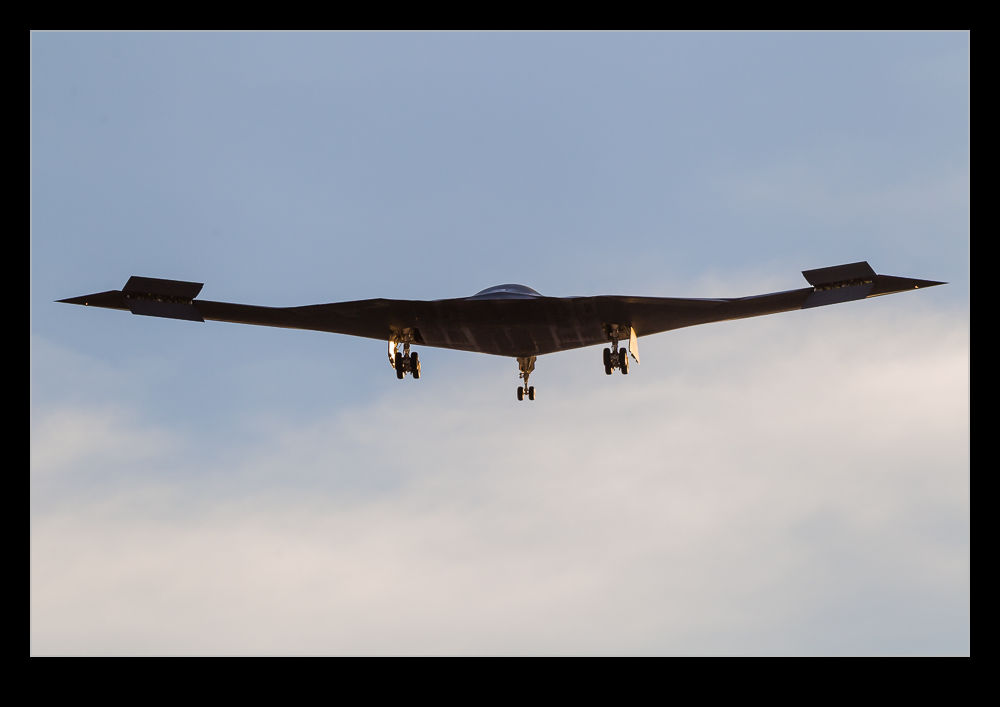