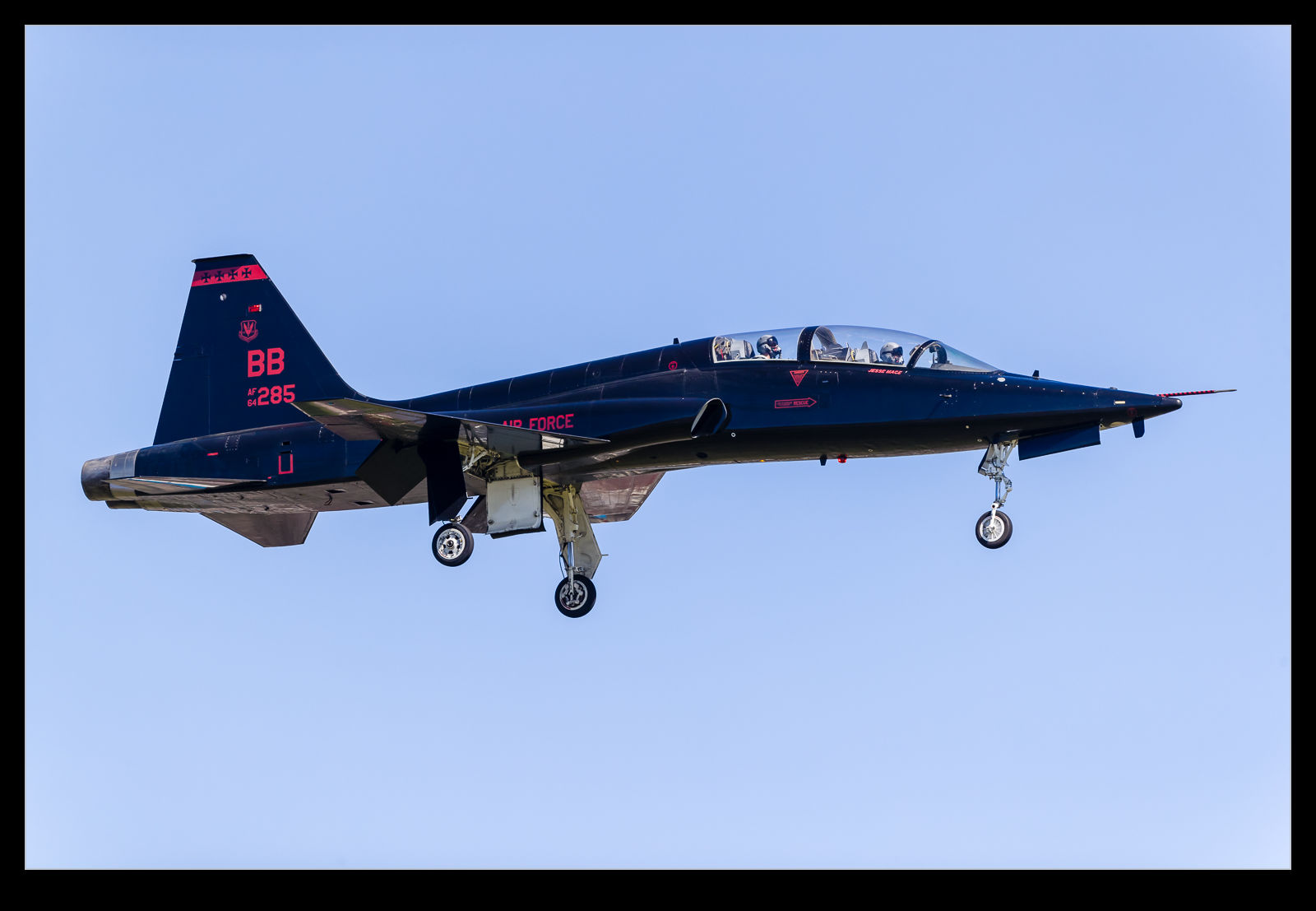 There was a call sign of an inbound flight at Boeing Field that caught my attention.  It was Aspen.  This is a call sign that the 9th Reconnaissance Wing at Beale AFB has used since the days of the SR-71.  I have seen their T-38s show up at Boeing Field before so thought there was a good chance it could be another one.  Sure enough, when they called up on approach, I could see a T-38 inbound.  However, it was coming in at the same time as something else and it was actually aligned with the short runway. 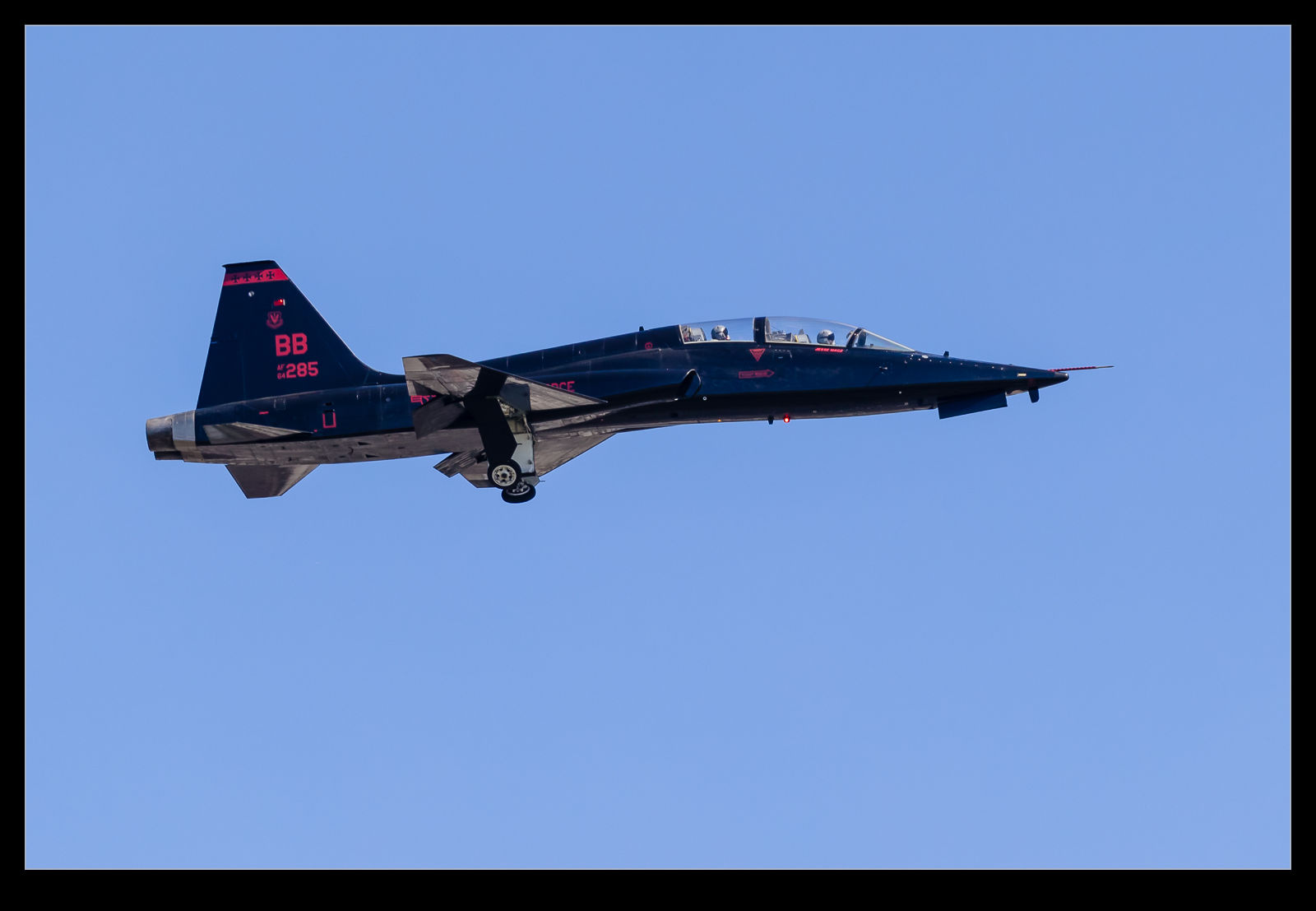 They put the power on when crossing the airfield boundary and pulled up into the downwind for a second approach.  The first approach had made the jet look pretty small in the viewfinder – I hadn’t realized that they were further away than the main runway – so I went with the 500mm when they came back.  This made for a tighter shot than expected.  However, I managed to get a few shots of the jet as it turned final – a long way away – and then as it was on short final.  A nice treat. 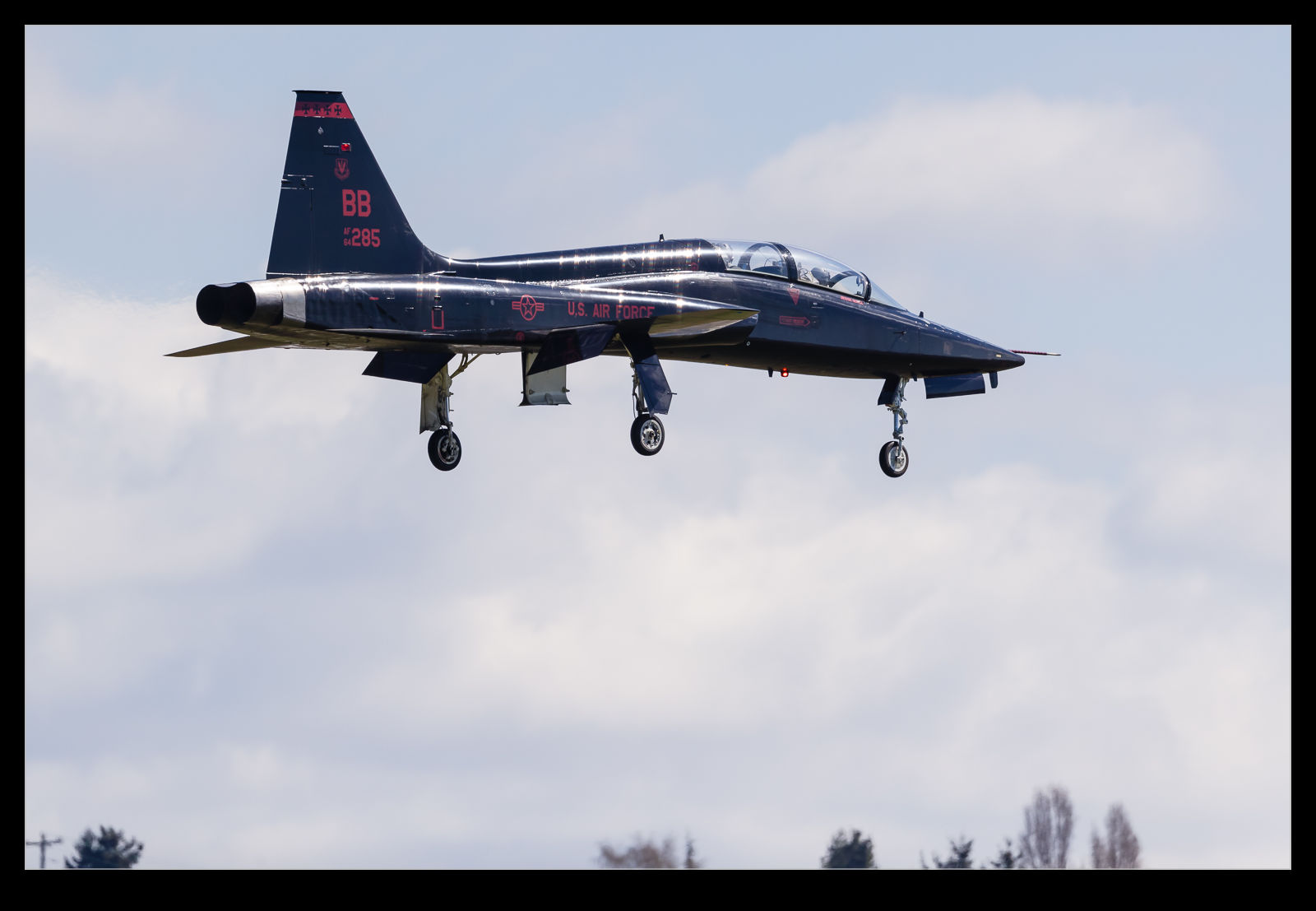