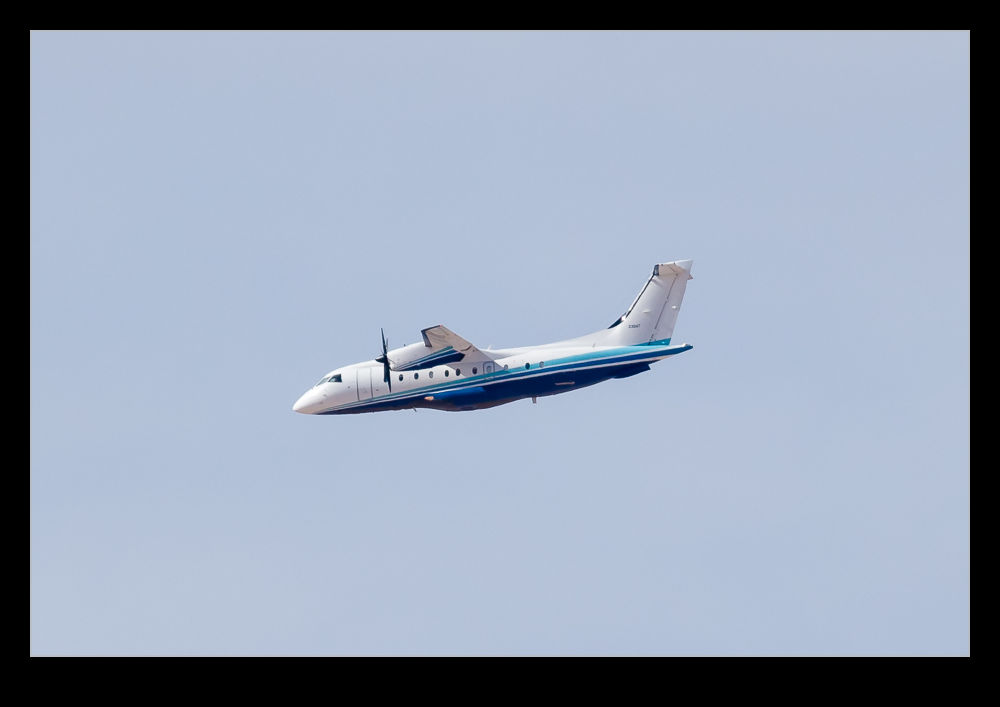 This shot won’t win any prizes.  I only show it for relative rarity value (although one of my friends has caught a lot of these near his home).  The US Special Forces have their own choices of equipment and the Dornier 328 turboprop has been something they have found a use for under the designation C-146.  This one showed up on the downwind for Nellis during a break in Red Flag.  It was rather far away from me but I wasn’t going to miss taking a shot of it given that it is the first I have seen.  I didn’t even change the camera settings so it has frozen props.  I think the artistic failings are the least of the problems when shooting something this far away!