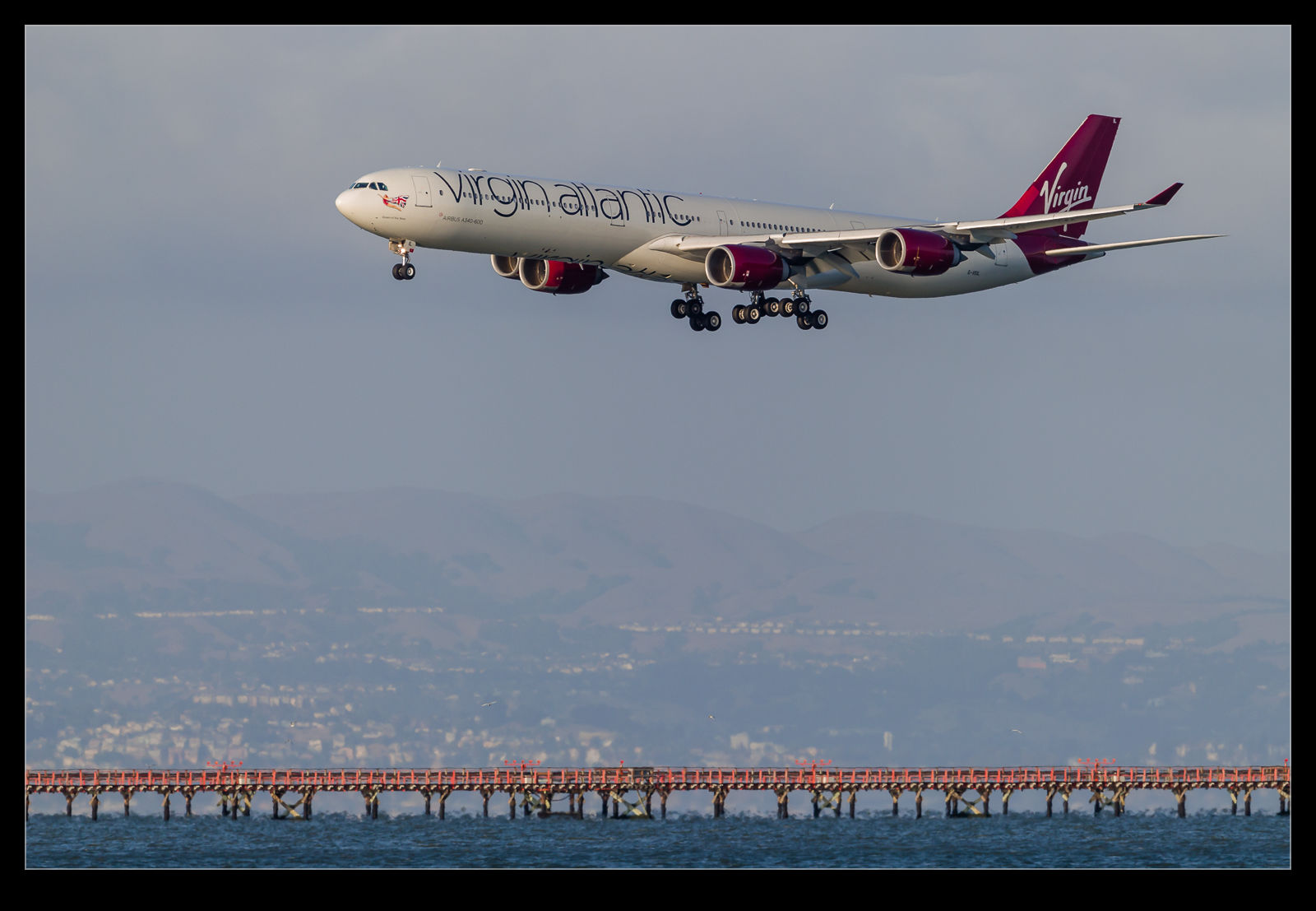 Periodically, this blog gets populated with something that is disappearing be it an airline or a type of plane. Virgin Atlantic has been operating a single 747 in to SFO for years now. Recently they started up a second service five days a week. It is intended that this service will be operated with a 787-9 but the number delivered is not enough at this point. Therefore, they are using an A340-600 to start things before transitioning to the 787 in October. I have a relatively narrow window in which it will be operating and then it won’t be long before the A340s are gone from Virgin’s fleet. With a bunch of stuff coming up, I was looking for a chance to get a shot. 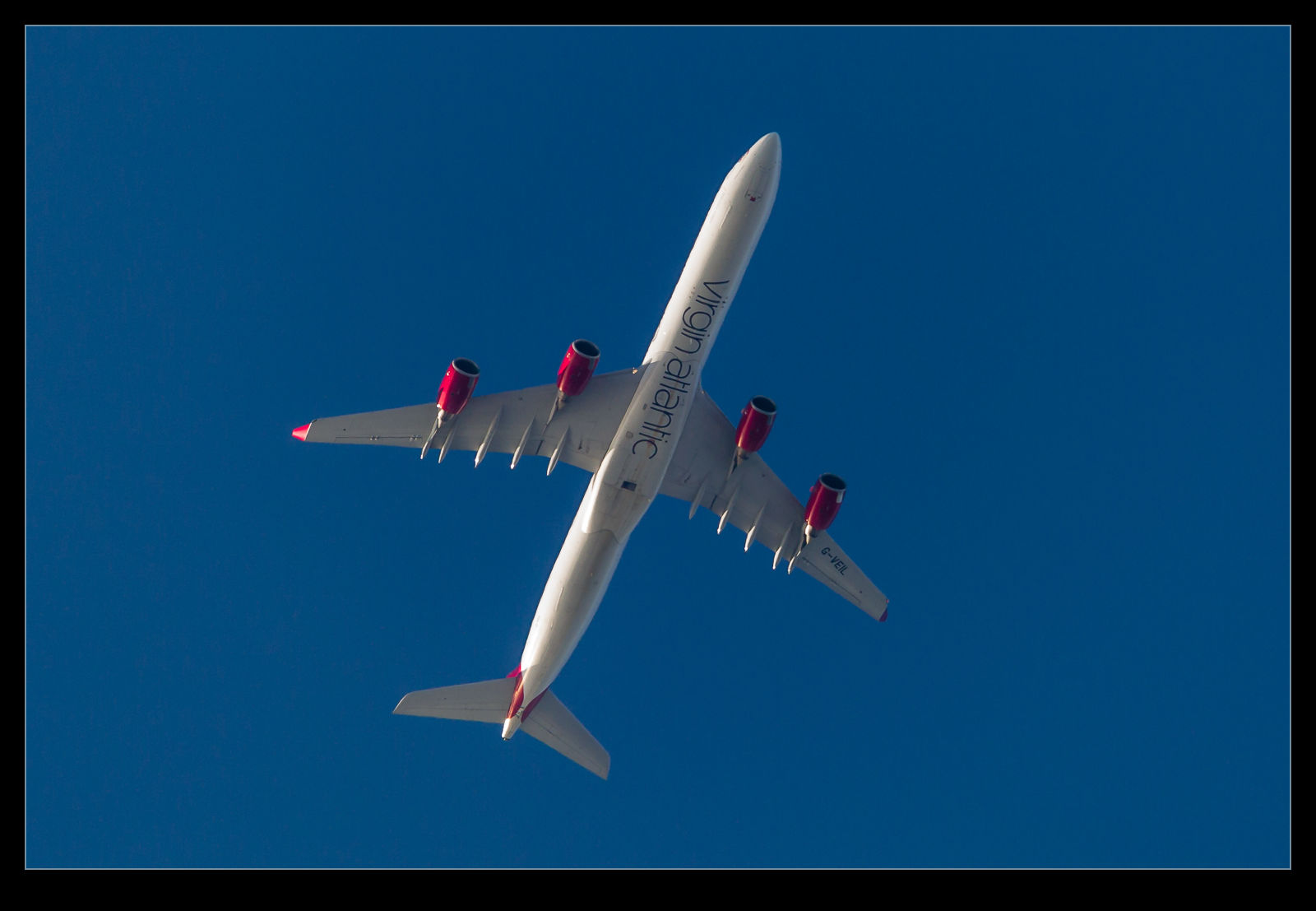 Having the plane was only part of the issue. Having a nice day was another. Also, it arrives around 7pm so I needed to get it before the evenings get shorter and it shows up after dark. The only problem with that is that the heat haze is bad at this time of year. Nothing I can do about that so I have to make the best of things. Fortunately, I chose a nice evening. The light was good, the timing was right and the heat haze, while present, was not so bad as to run things completely. These images won’t survive too much scrutiny but I am glad to have got them before time runs out. 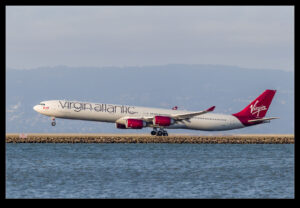 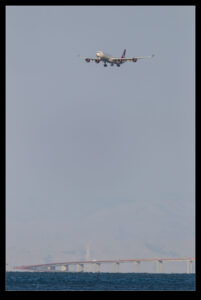