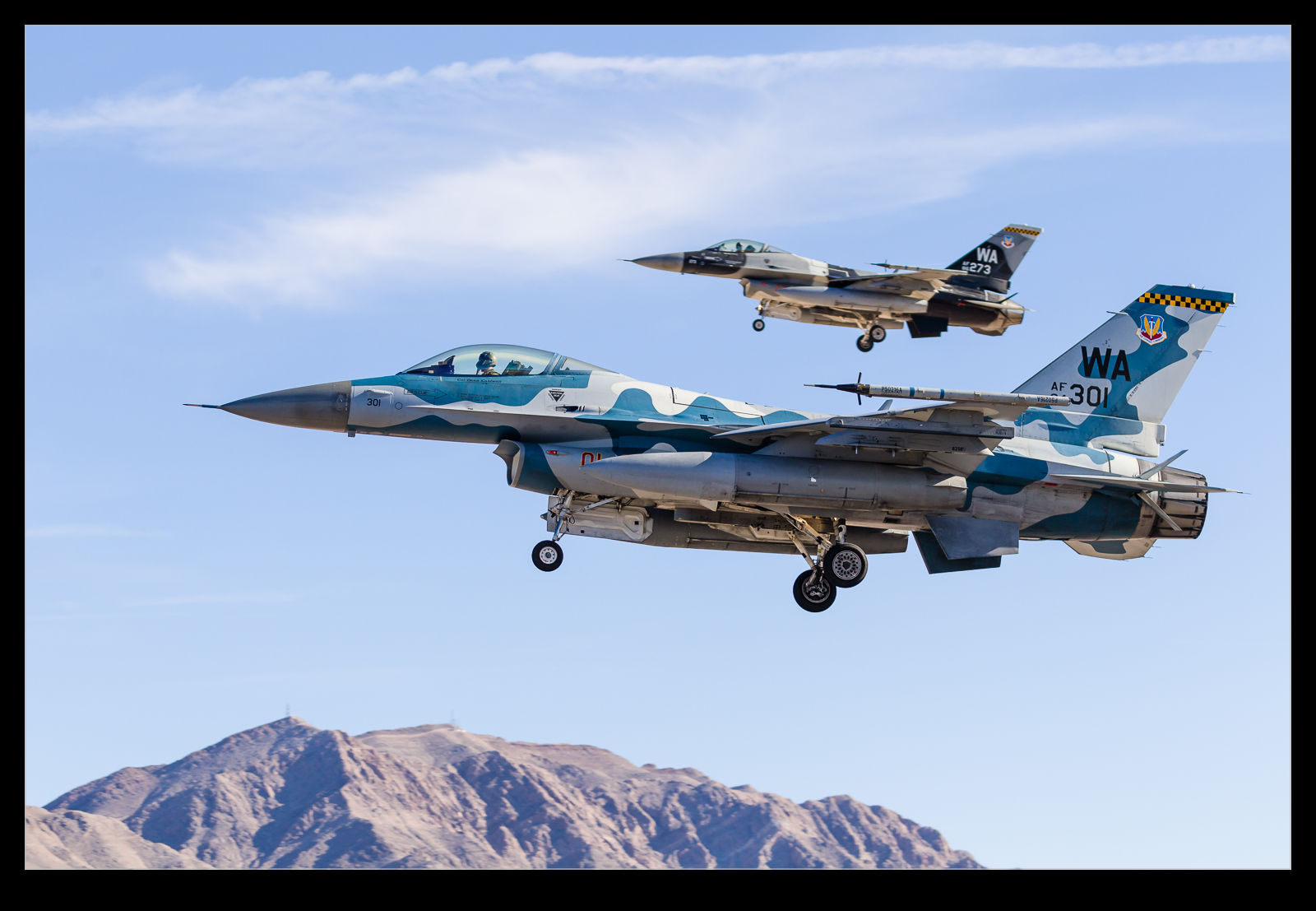 Red Flag missions are two periods of intense activity with an intermediate phase of nothing much. The launch develops in to a steady stream of jets taking off as everyone gets airborne for their phase of the mission. They have been preceded by the tankers and AWACS who are setting up to manage the throughout of the smaller jets. Once everyone is gone, the simulated war is occurring somewhere else. Then, everything starts to come back with a steady stream of the jets breaking overhead and landing before the tankers and AWACS come back at the end. 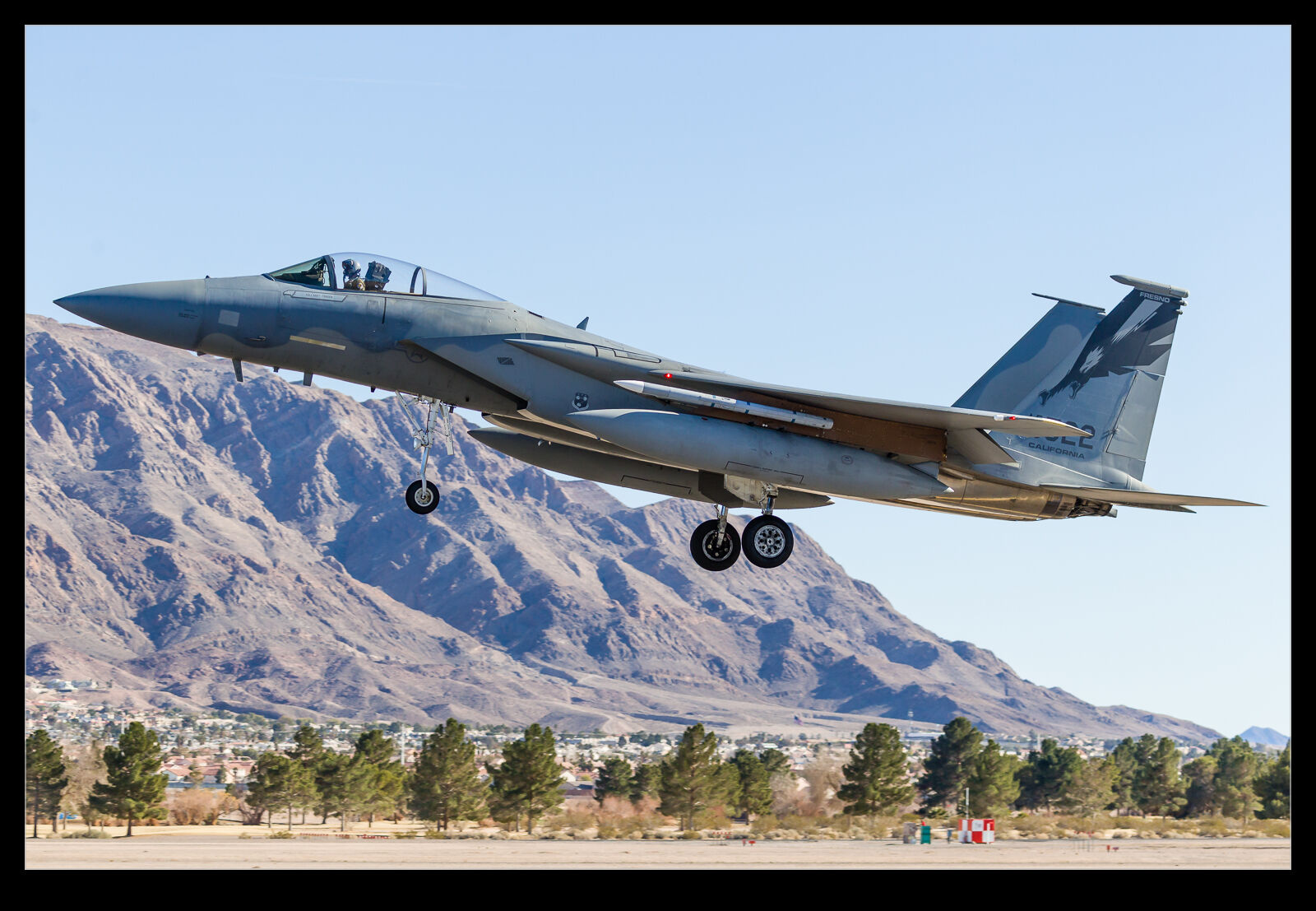 After the majority of the launch, we were at the EOR watching the occasional straggler go out or some based planes fitting in. Then we got a pair of F-15s come back. They flew an approach with one jet on the glide path while the other was clearly shepherding them in. The F-15 landed without incident and the wingman powered away to rejoin the flight. Some fire trucks rolled but everything seemed to be under control. 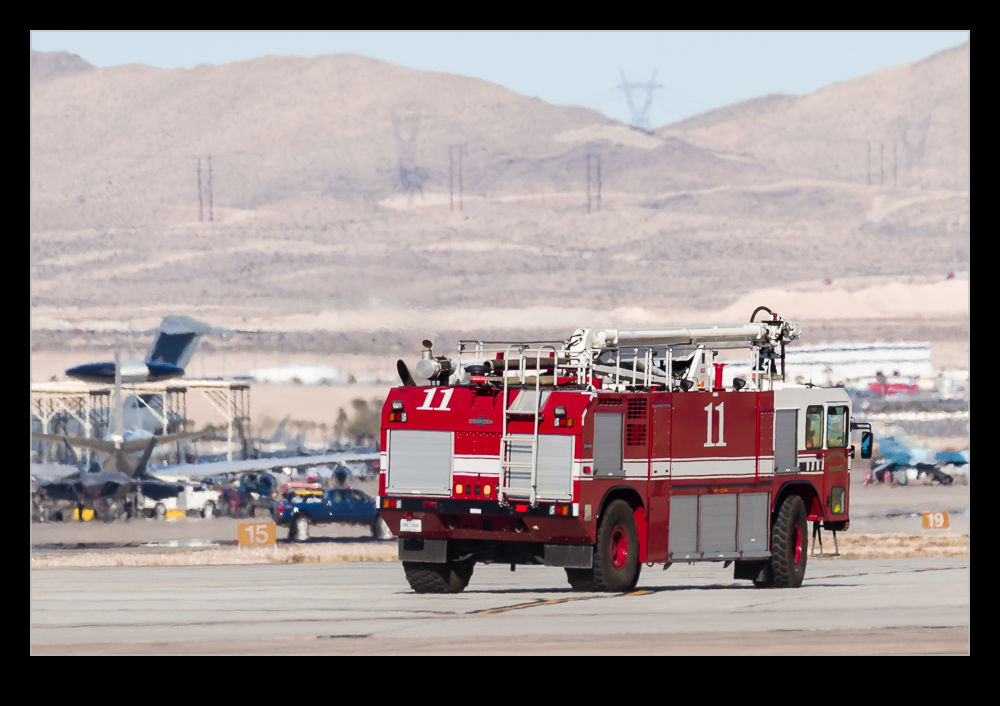 Not long after we had stopped discussing this, a pair of aggressor F-16s came into view. The same procedure and one landed while the other shadowed them down the approach. With a safe touchdown, power on and back to the battle. Technical issues are not uncommon but I was surprised to get two in close succession. Everyone seems to have handled them appropriately and they appear to have ended without further incident. 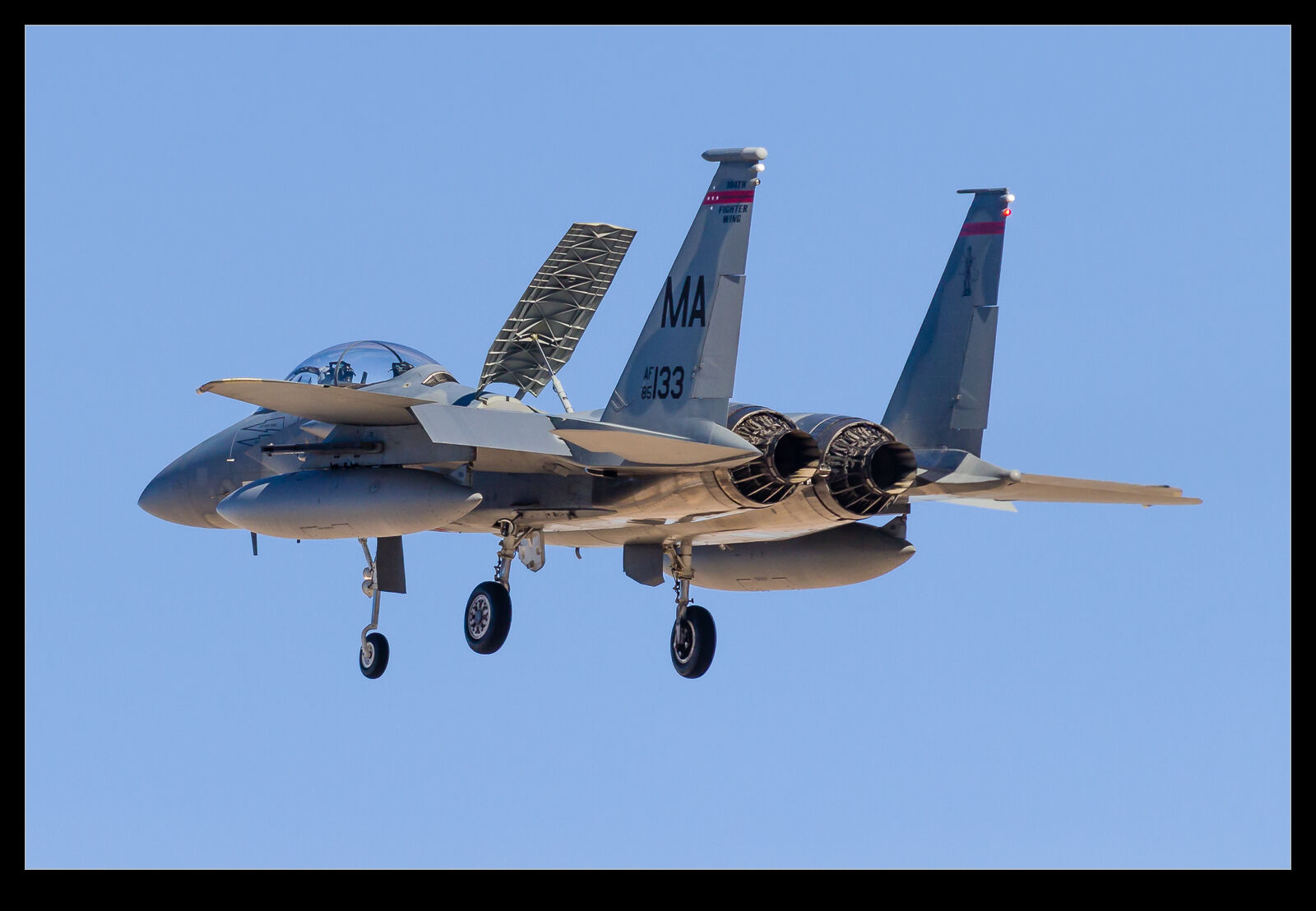