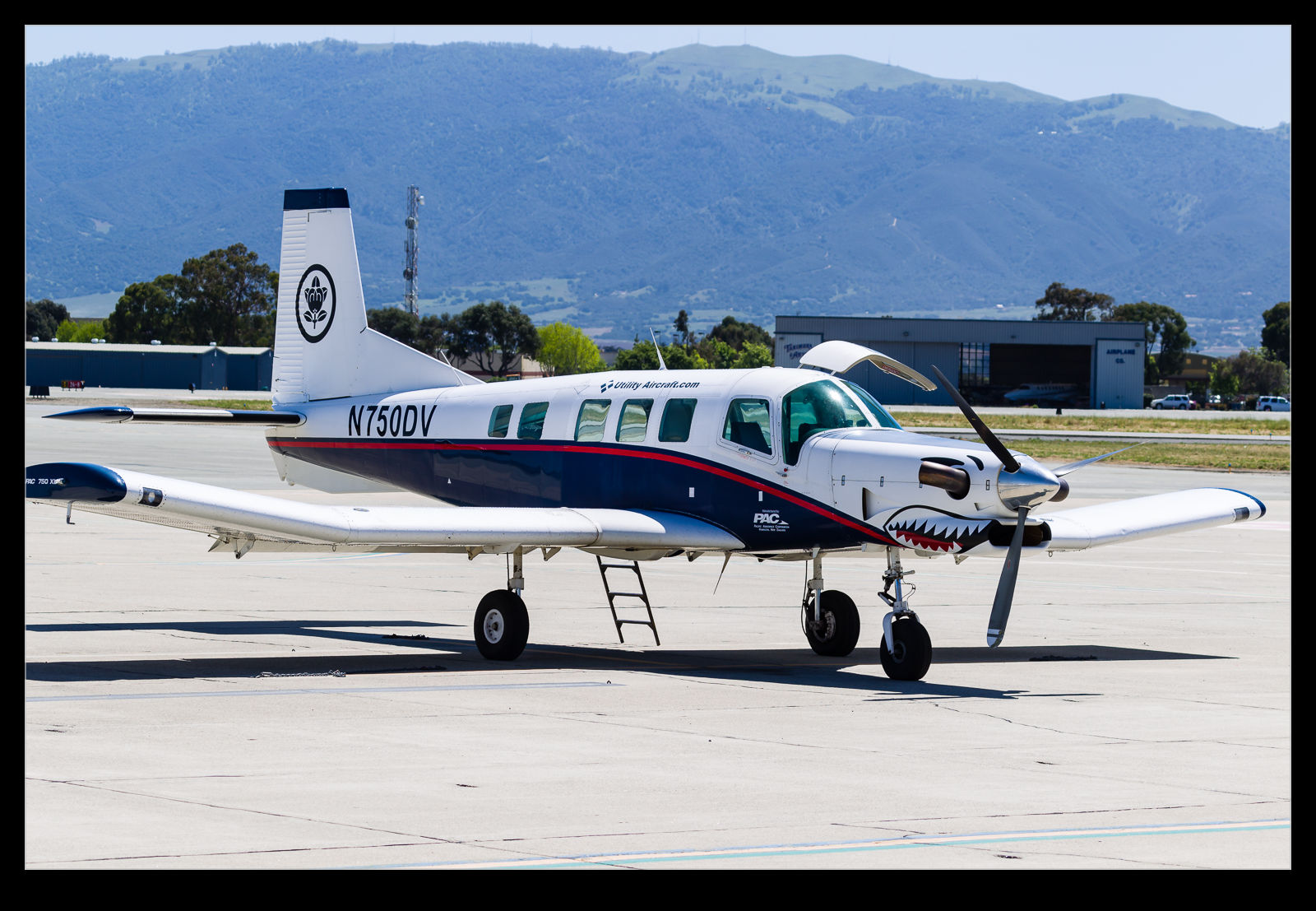 An oft quoted idiom in aviation is that if it looks right it flies right.  I’m not sure whether that was deep in the minds of Pacific Aerospace Ltd when they designed the P-750 or not but this is an aircraft that is functional and useful but I doubt too many people will consider it pretty.  It is a workhorse.  Some sections of fuselage which minimize the use of double curvatures to make production simpler and cheaper.  Add to that the reliable PT-6 seemingly bolted on the nose and a wing with a thick section and some simple dihedral at the tips and you have a plane.  If you want to take a decent load of skydivers up to altitude quickly and get back down just as quickly for the next load, this is your sort of plane. 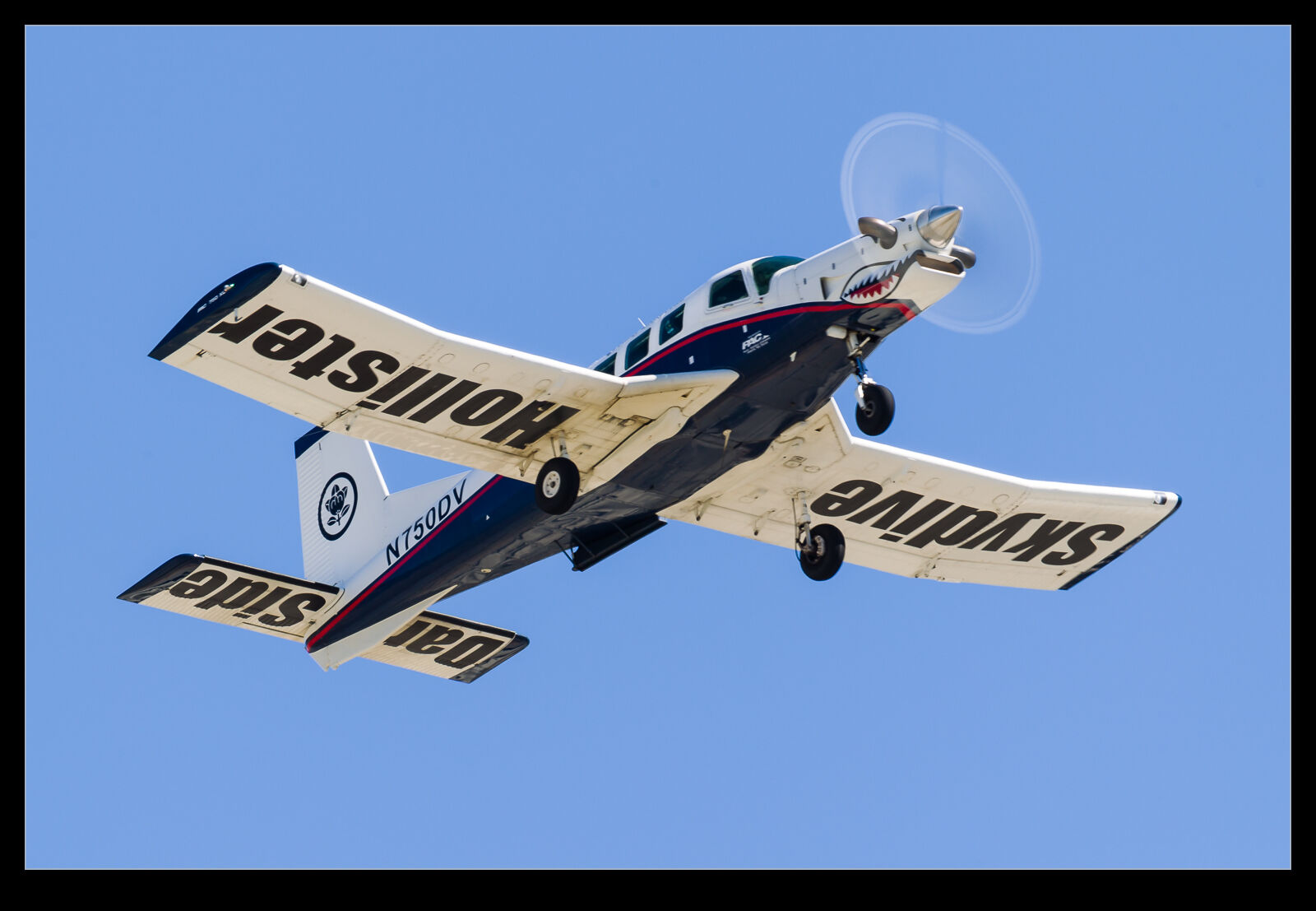 This example showed up at Salinas while I was there.  It parked on the ramp for a while before heading back off.  It has a rear door suited to skydiving and the name on the bottom suggests that is what it does.  I first saw one of these at East Troy in Wisconsin where it was also carrying skydivers.  The diving approaches both examples used show just how quickly this plan can get back on the ground.  The first time you see it, you may think something is wrong but it is just the most efficient way to get to the next paying customers.