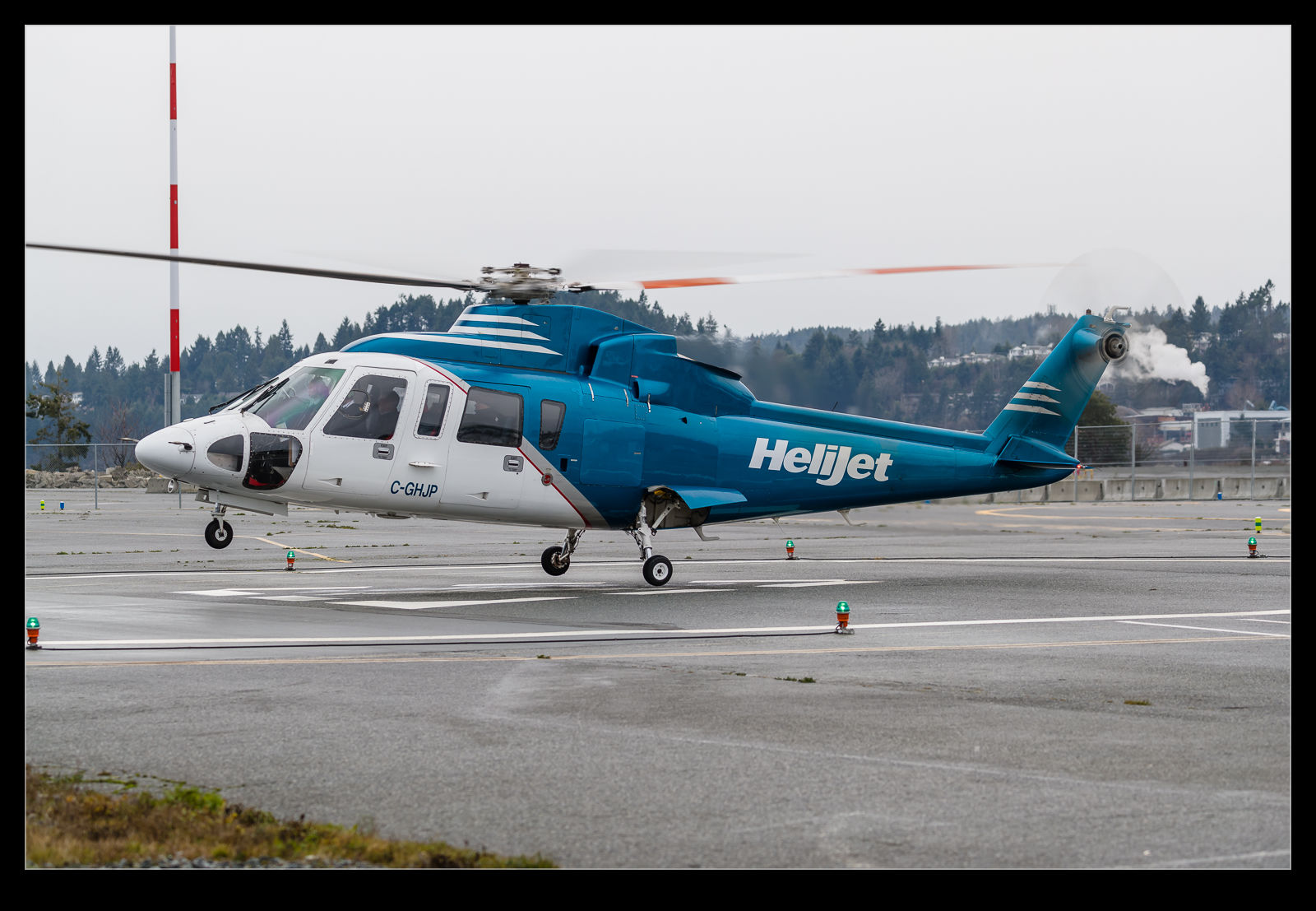 Our journey home from Tofino involved a ferry crossing from Nanaimo.  We left plenty of time to get across the island as a result of some construction activity and, of course, we made it across easily.  We were to early to check in for the ferry so waited in Nanaimo for a while.  As we sat in the car, I saw an S-76 from HeliJet coming in to land.  I had forgotten that HeliJet flew to Nanaimo as well as Victoria.  Missing the arrival was annoying as they aren’t too frequent and there wouldn’t be another until after we had gone to the ferry. 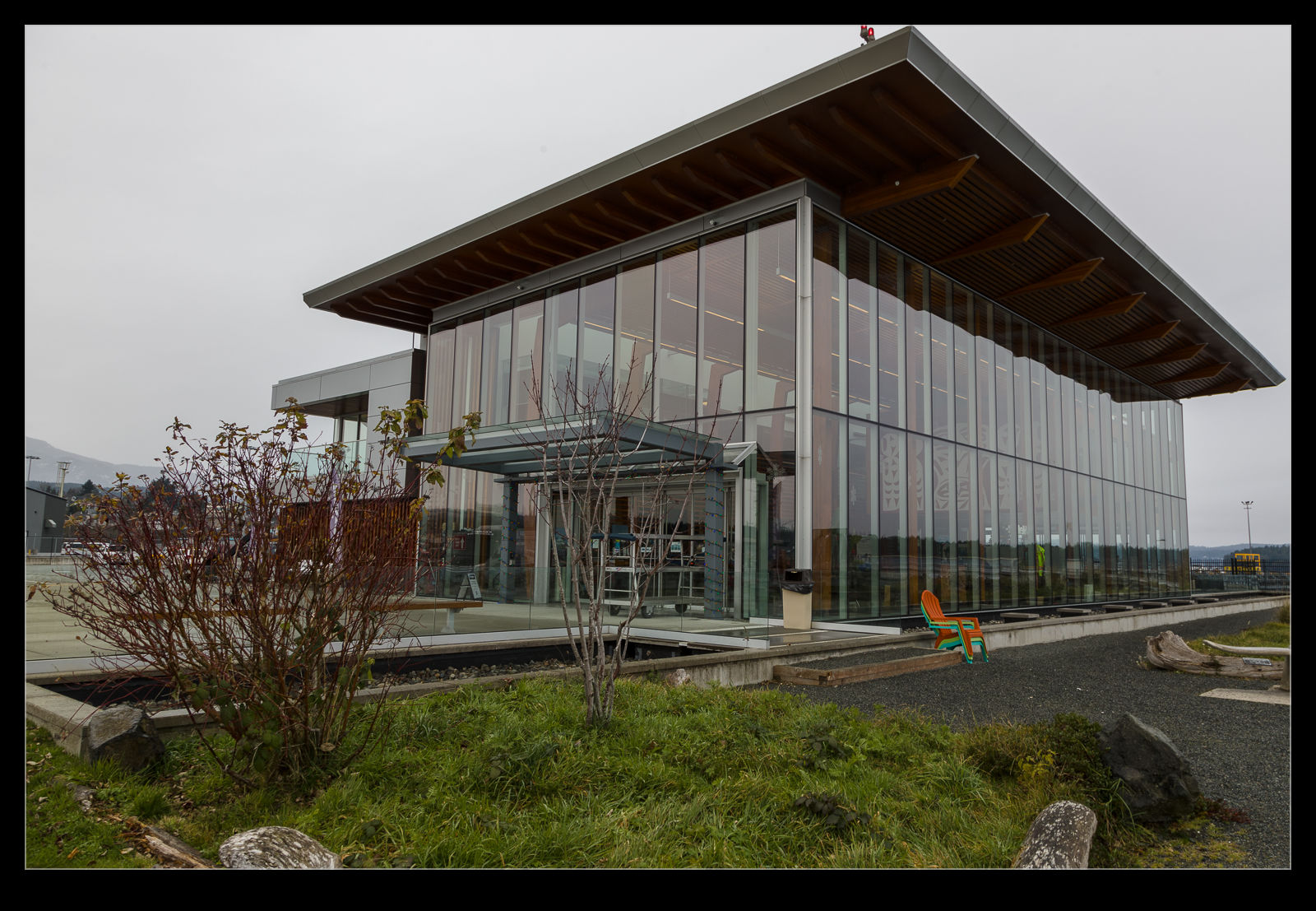 However, departure on the return leg was not for a while so we headed around to the heliport.  I assume it is a recent construction because it is a very modern looking building.  The S-76 was parked on the pad right by the parking lot and with only a low fence unlike Victoria.  It was a bit rainy so I stayed in the car until they loaded up.  After start up and letting everything stabilize, they pulled up and headed out over the water en route to Vancouver.  This might be a good spot on a sunny day! 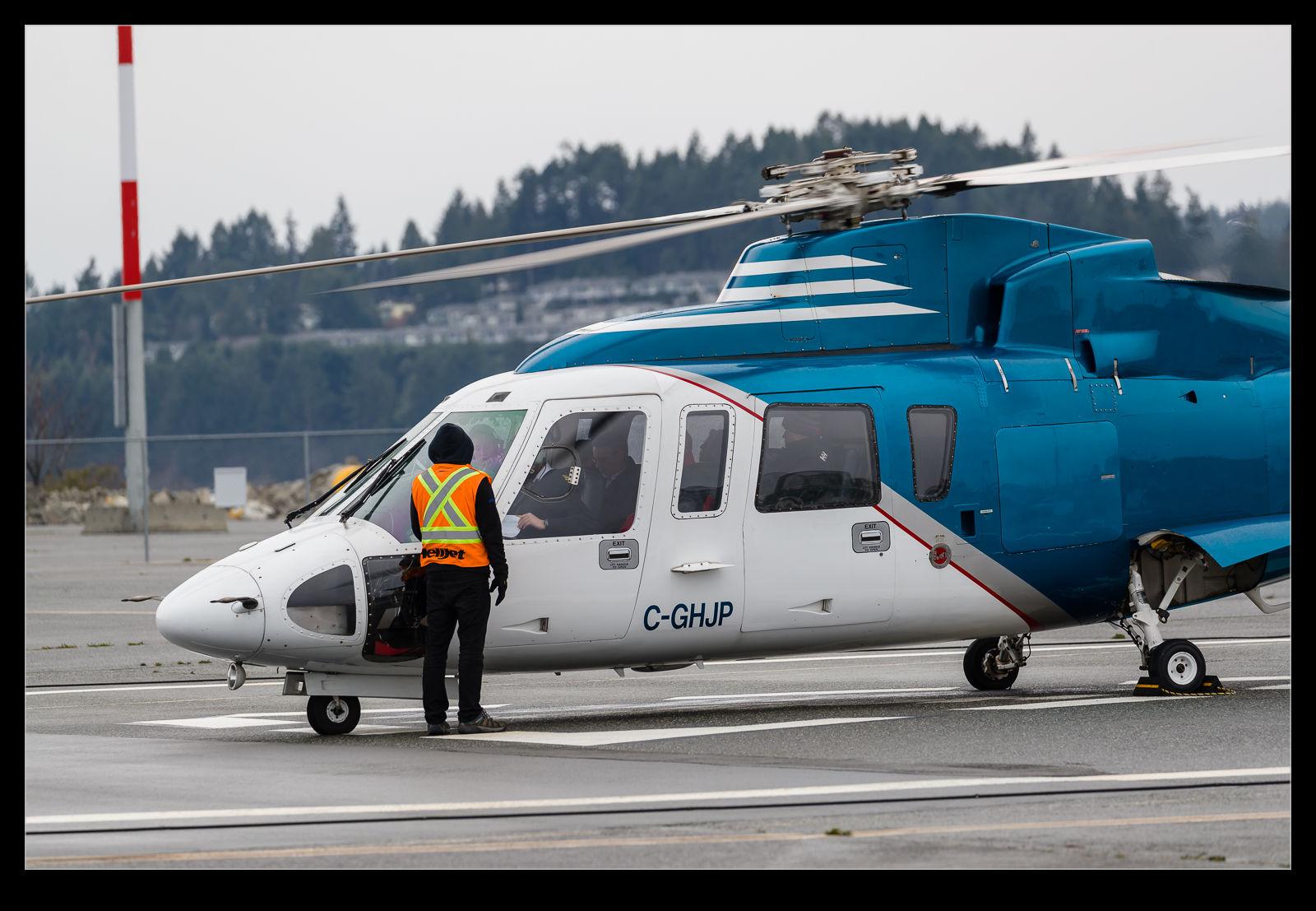 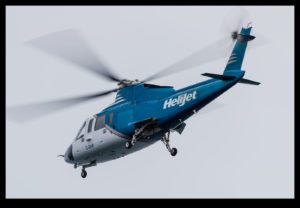 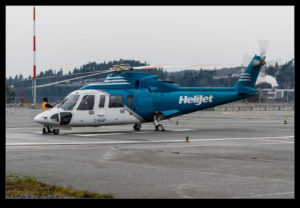