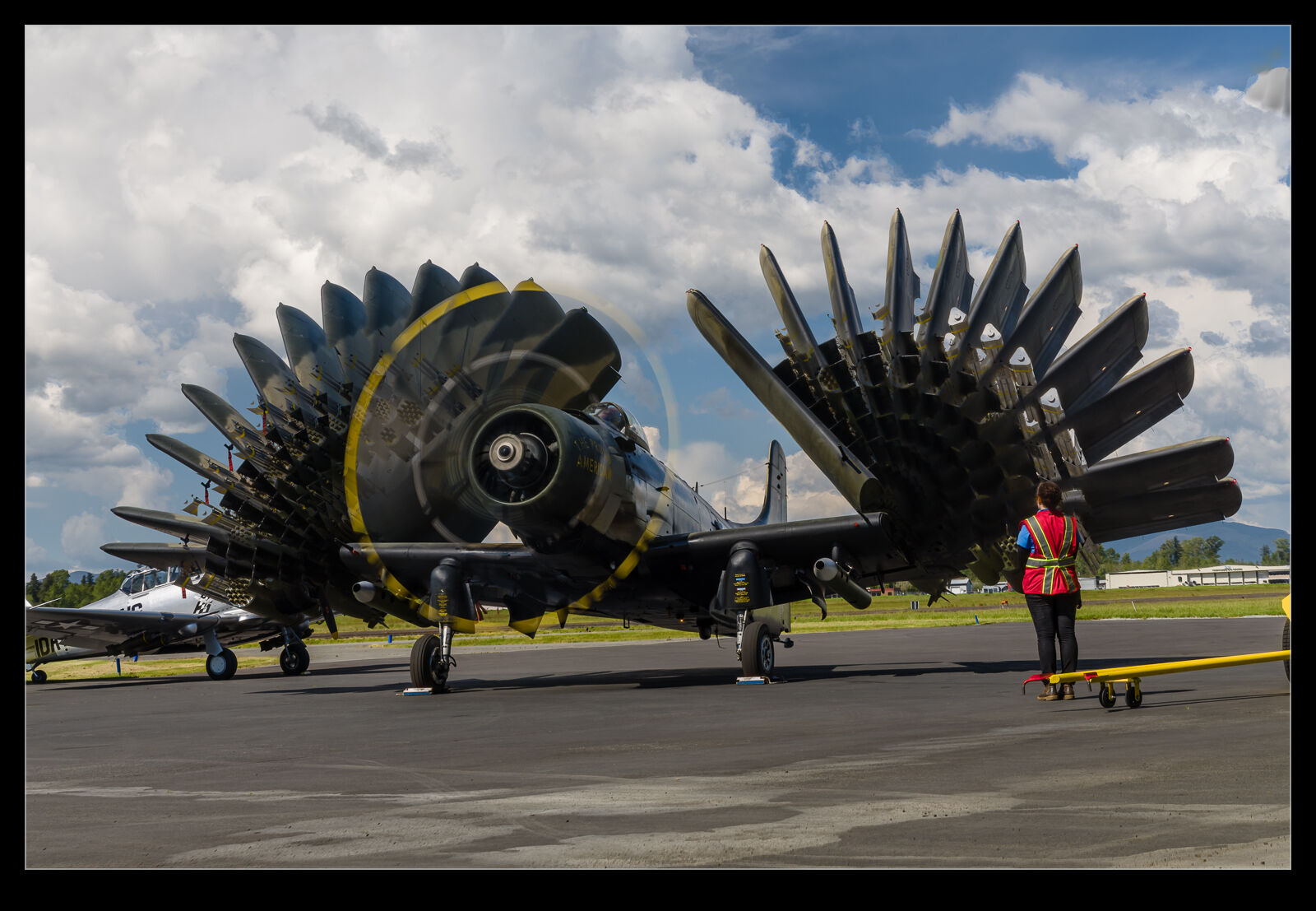 Quite a while back, I saw a shot that someone had composited of a Typhoon display over an airfield where they had the jet throughout its routine to show its route through the sky.  I liked the idea and, while it was totally different, it got me thinking when I was up at Heritage Flight Museum.  They had the Skyraider on the ramp but not flying.  It was ready to go but hadn’t yet been signed off.

However, they did do an engine run for the visitors and unfolded and folded the wings a few times.  Having got some basic shots, the idea of the Typhoon display popped in to my head so I shot a sequence of shots of the wings as they folded and unfolded.  I took way more than actually was a good idea.  I imported them all in to Photoshop as layers and then hid all of them except one and then progressively added some back to get the wings in different positions.  If I had used them all it would have just been a blur of wings.

With the ones I wanted selected, I changed the blend mode for all but the base layer to Darken and that meant the dark wing elements overlaid anything brighter behind them.  The result was a composite with multiple wing positions all showing at once.  I think it came out quite well.  I thought I might have issues with hiding things I didn’t want to or having to much movement between shots but that wasn’t a problem in the end.