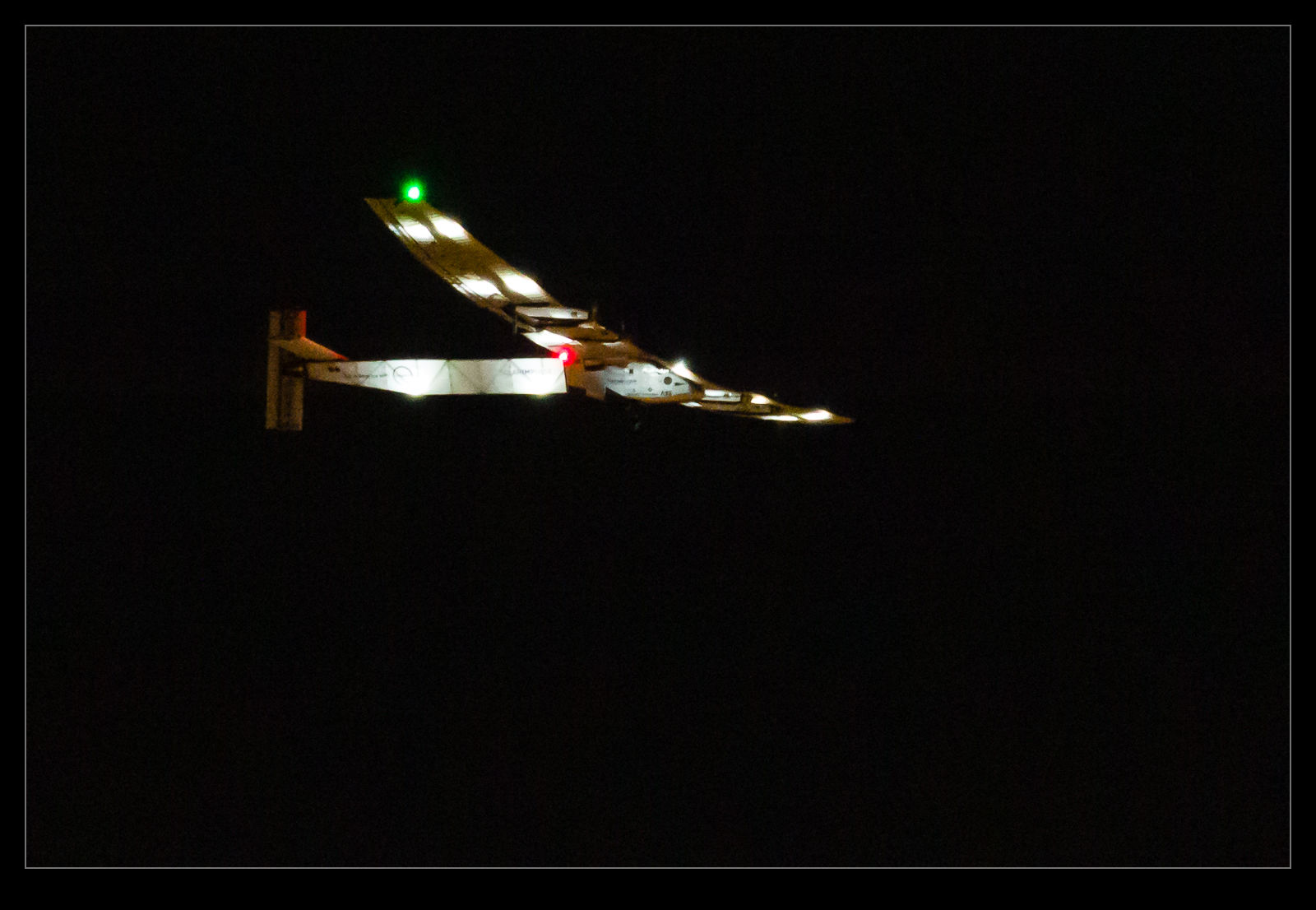 The round the world trip of Solar Impulse, the solar powered aircraft conceived of by Bertrand Piccard and built/flown by him and Andre Borschberg, resumed its journey after an enforced stay in Hawaii while they dealt with some overheating issues with the batteries.  By the time the batteries were fixed, it was too late in the year to continue.  The aircraft charges its batteries during the day and uses them at night.  If the day is shorter and the night longer, the flight is not sustainable.  The arrival of spring meant they could resume the trip. 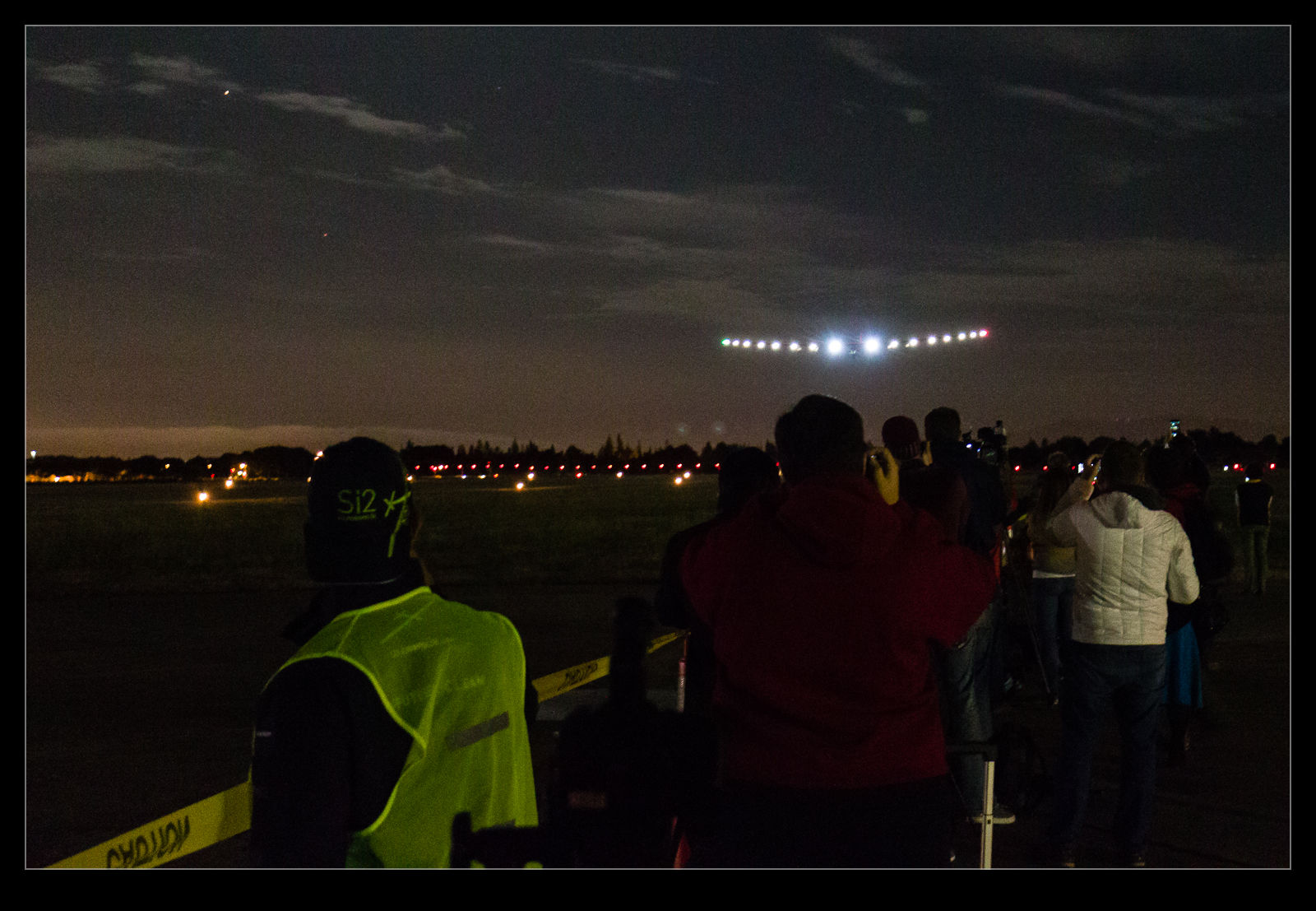 Originally the leg from Hawaii to the continental US was supposed to go to Phoenix. The break meant they came up with a revised route which included a stop in the Bay Area at Moffett Field in Mountain View.  This meant I could cover it for Global Aviation Resource.  There are two articles I prepared which you can see here and here.

The arrival was scheduled for about midnight.  Late landings and early departures are scheduled to provide the calmest conditions.  The very high aspect ratio, lightweight airframe is sensitive to turbulence.  It also is easier to schedule a very slow aircraft in to the air traffic patterns during the night.  While the time moved around a bit, it ended up being pretty much as expected.  This brought the issue of how to shoot an aircraft at midnight. 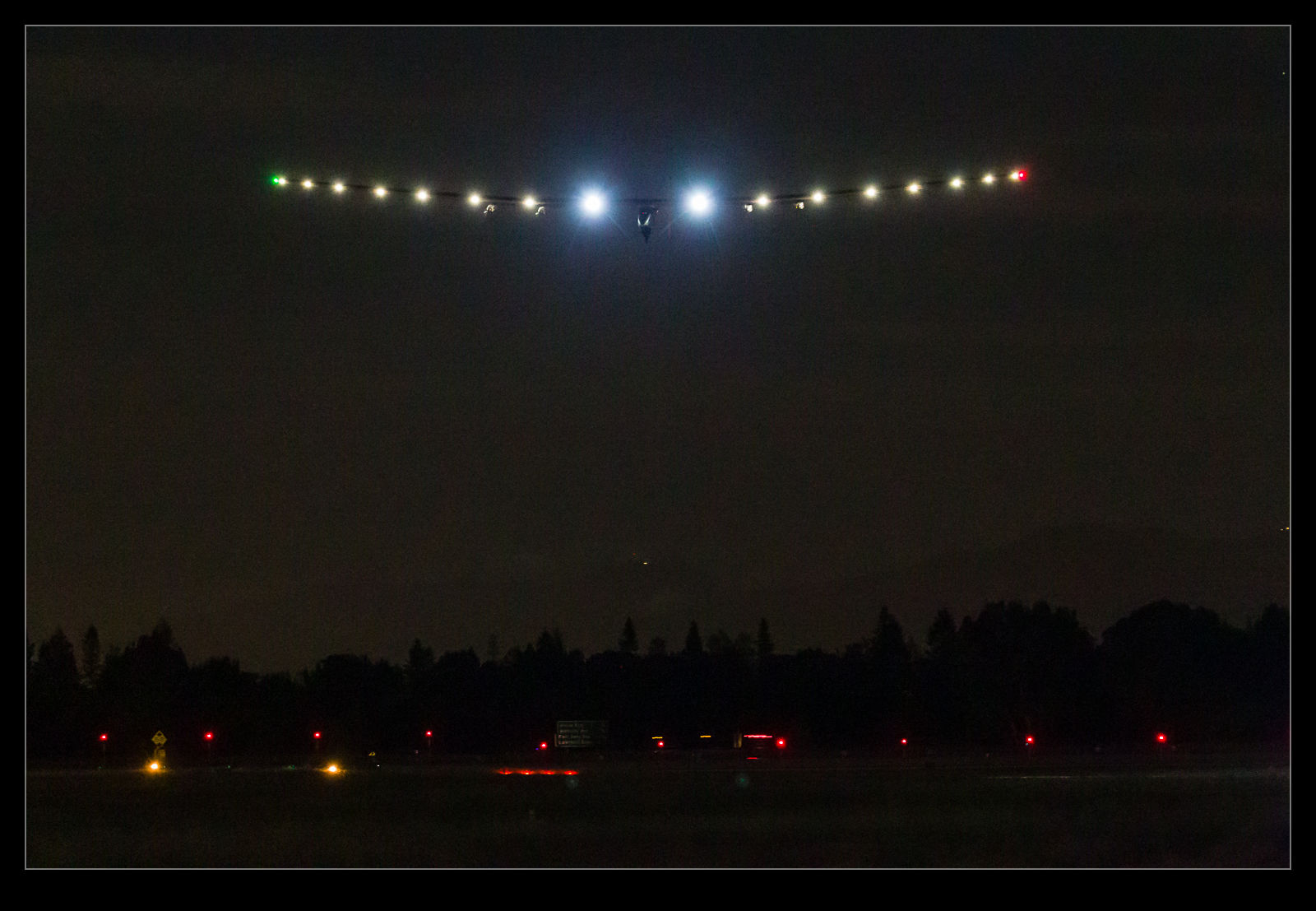 I took a second shooter with me in the person of Hayman Tam.  I wanted stills and video for the story and can’t get both at once so we worked on it together.  He would focus on stills and I would get video.  I would also get some stills too.  The plane is sufficiently slow that you can get both for most situations apart from the landing itself.  It didn’t hurt that Hayman had just taken delivery of his D500 which should be a lot better in low light. 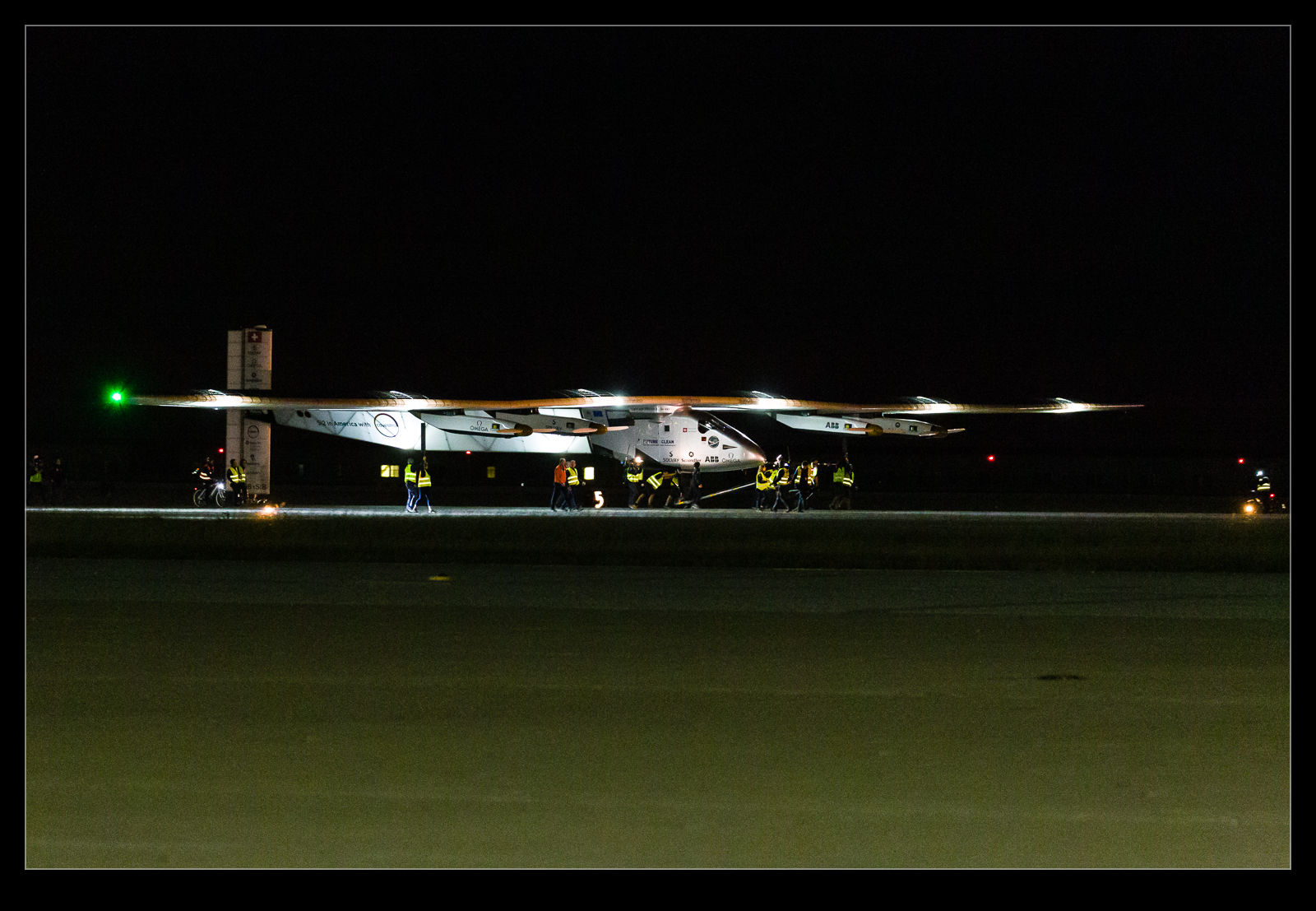 I was mounting my camera and the 100-400 on a gimbal mount to steady it for video.  This was also helpful for getting stills.  Not ideal but better than nothing.  I was at the max ISO for my camera of 12,800 (excluding the extended ranges) with -1 to -2 in exposure compensation.  Even so, it was still a very slow shutter speed.  Some bursts of shooting were necessary to get a reasonable shot.  Fortunately the aircraft has a lot of lights of its own otherwise there wouldn’t be much to see.  It’s a shame my new bodies hadn’t arrived at the time as they might have been able to get better results.  Even so, I was quite pleased with what I got considering that I was shooting in the darkest conditions I have ever tried for a plane.