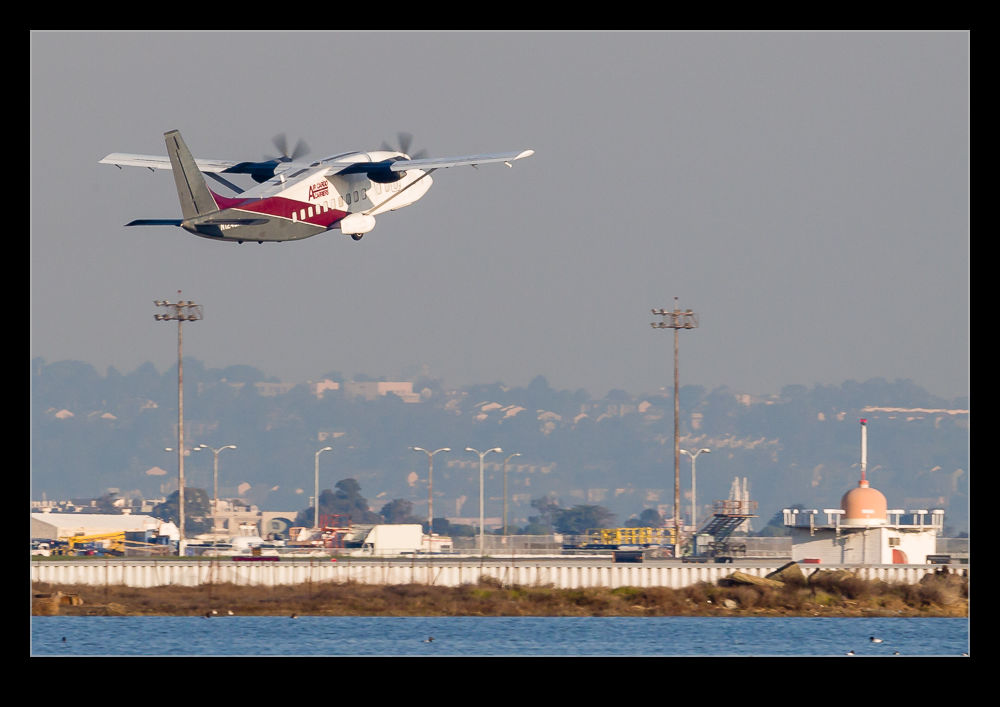 The Shed is a nickname that has been shared by three aircraft built by Shorts Brothers. The Skyvan, the 330 and the 360 have all, at times, been given the same nickname. Small numbers of all three aircraft continue in service but they are not a common sight. However, a cargo operator does bring a 360 into SFO on a daily basis. I caught it departing recently and felt its rarity value deserved a post. It is not going to win prizes for looks (and some guys I used to know who flew them were less then complimentary about their handling in icy conditions) but here you go anyway. 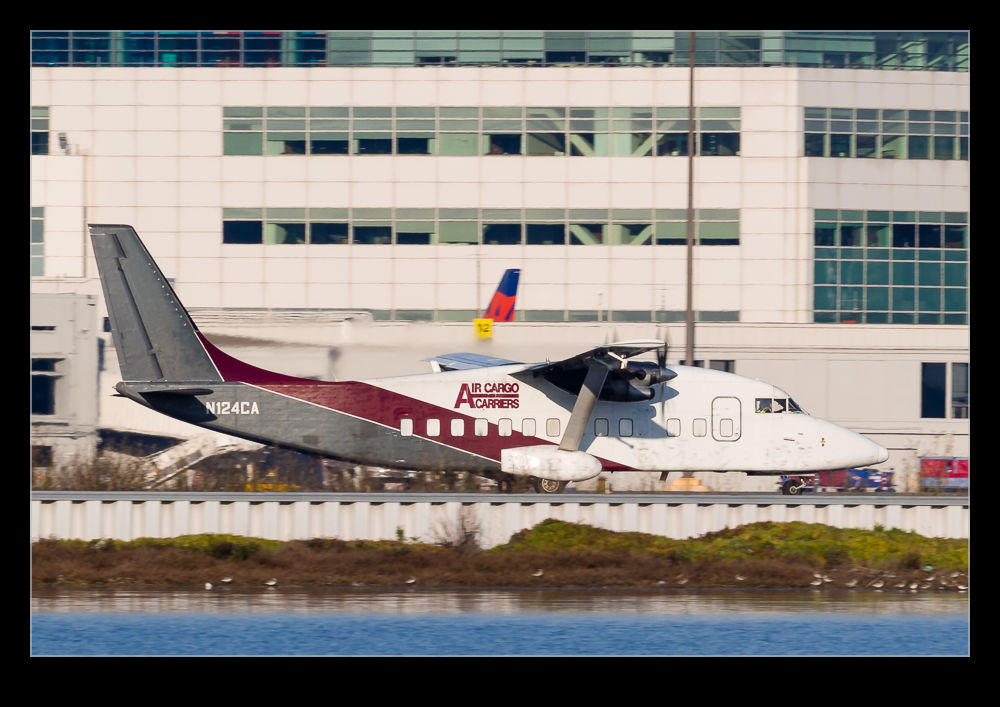