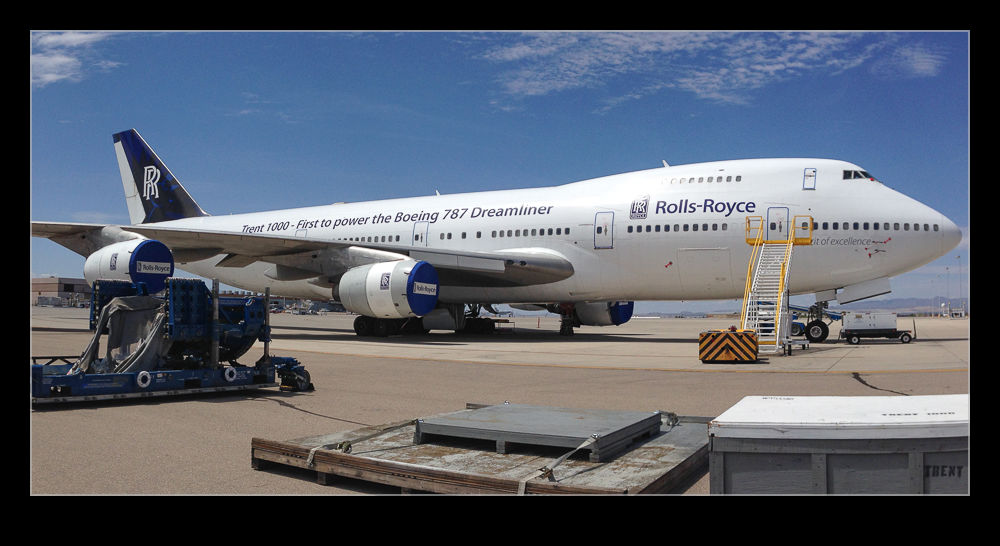 Something I hadn’t seen before was the Boeing 747 that Rolls Royce own and use as a testbed for the Trent 1000 engine on the Boeing 787. Appropriately registered N787RR, this was parked up close to a road. I actually spotted it first just as we landed. It was already dark and I saw the outline of the plane but had no idea what it was or why it was there. However, after picking up my rental car I came out near its parking spot so took a pass by. Being dark, there was nothing much to be shot but I decided to check it out again when it was daylight. 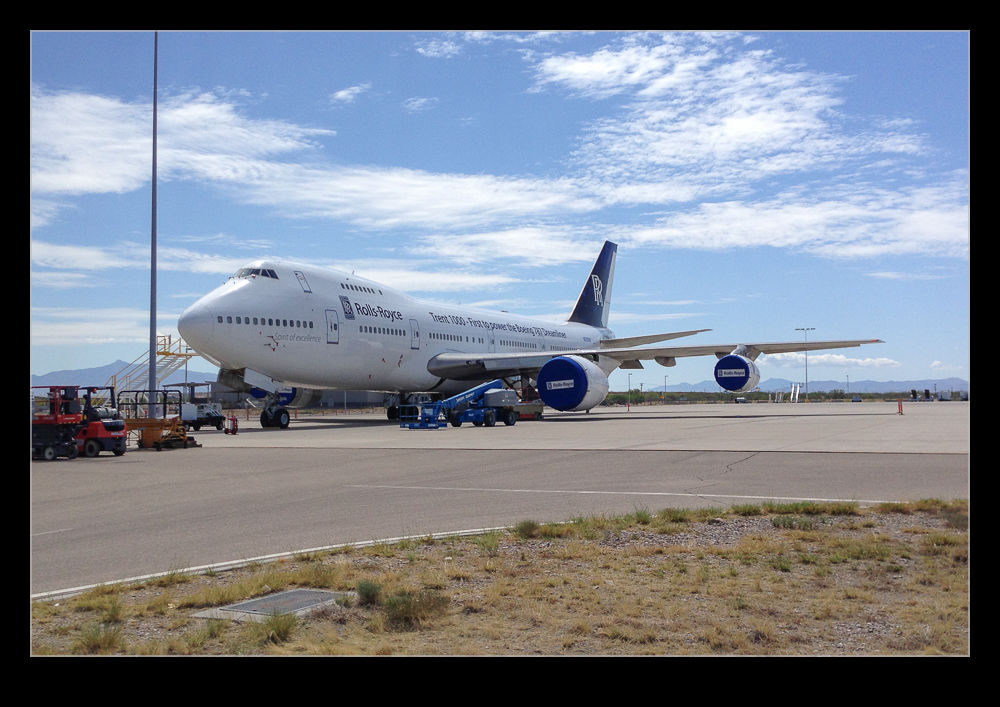 Apparently, this airframe had been sitting without the test engine for a while but there is now an engine fitted. Whether this means that they have been flying recently or are planning to soon I do not know. Unfortunately the test engine was on the side away from the road so was harder to show well in a shot. However, I still managed to get a few shots. 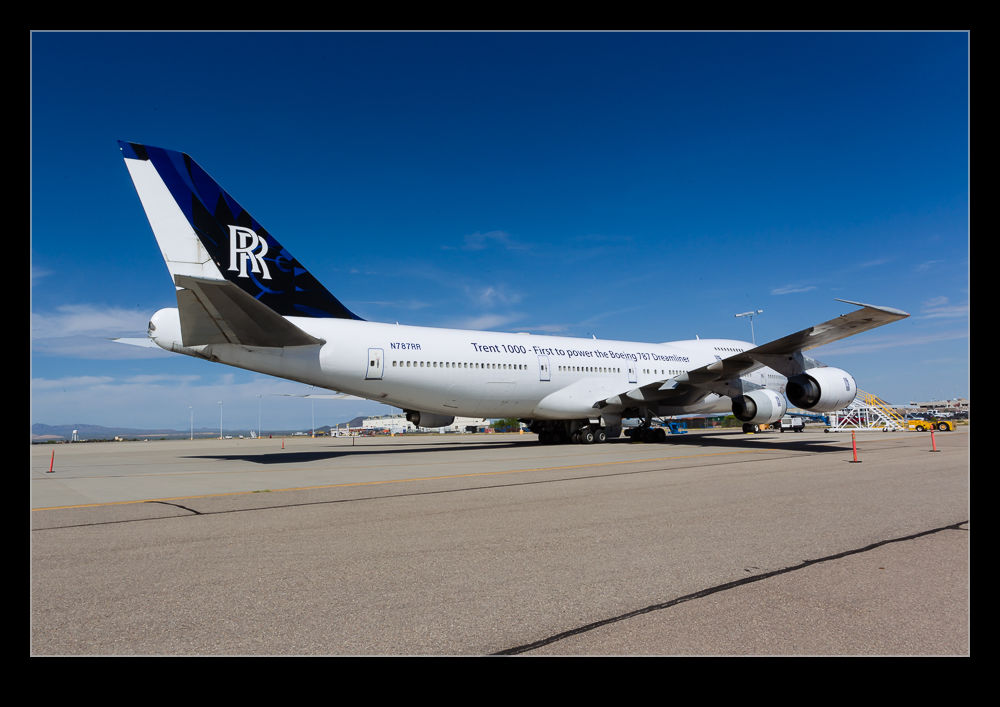