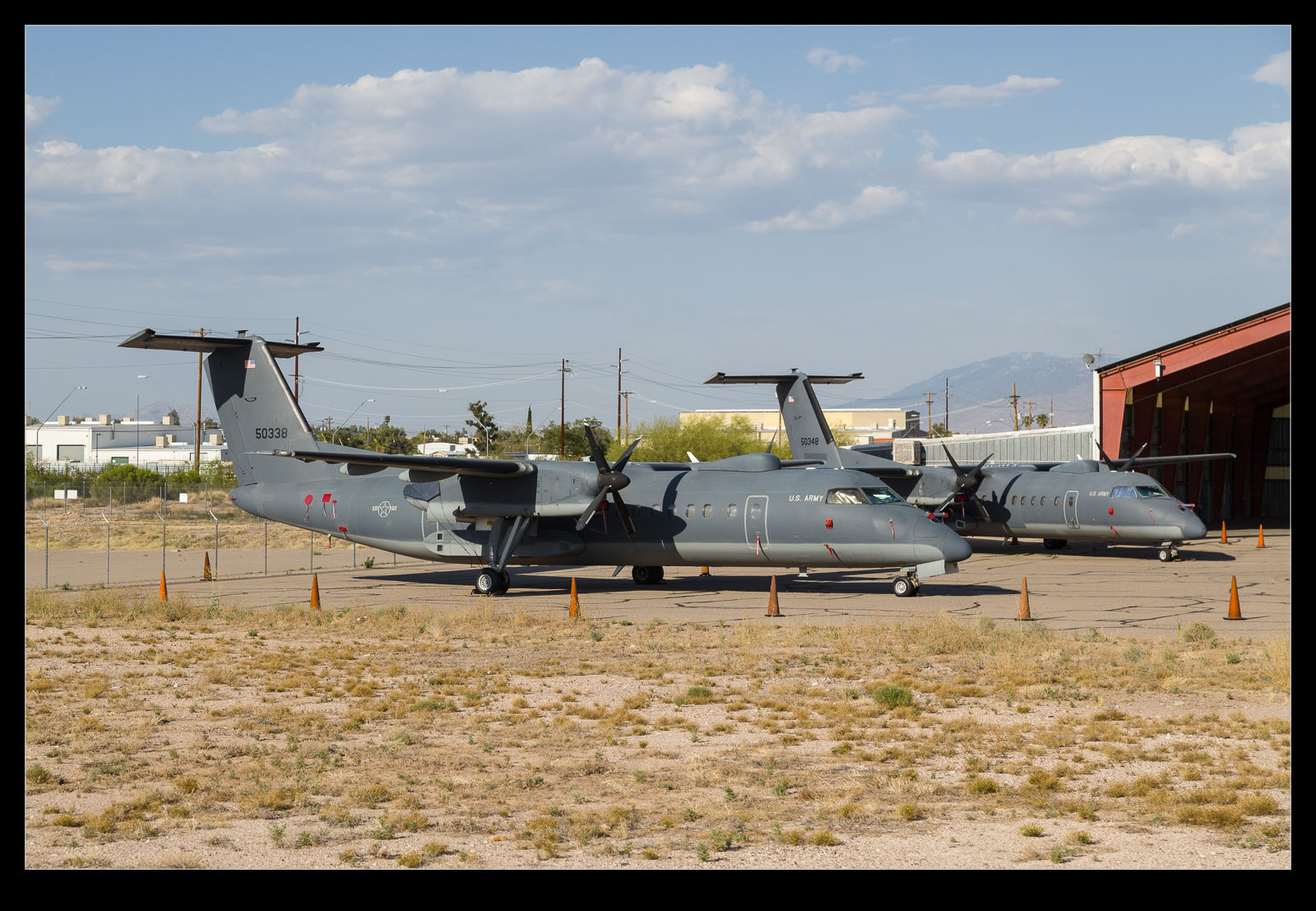 A while back a friend of mine told me about a modified Dash 8 that the Army was using that had been flying out of his airport.  It ended up coming to Livermore – a short drive from home.  I went to see it but it was parked in a hangar on the other side of the field and I couldn’t see much.  It flew a few times but never when I could see it.  I figured that there was nothing much to do since I wouldn’t see it.  Imagine my surprise when I came across its siblings.

I was driving around Tucson International when I saw two Dash 8s parked up.  Sure enough, they were in the same configuration as the previous one.  This time they had their civilian markings obscured.  A little check with Google and they are apparently RO-6A airframes.  The Air Force operates Dash 8s to monitor ranges for traffic under the -7 designation but these are different.  Spooky stuff no doubt.  Sadly, they didn’t move while I was there but they had been active.  I was just glad to catch them out in the wild.

2 thoughts on “RO-6A Lurking Around”