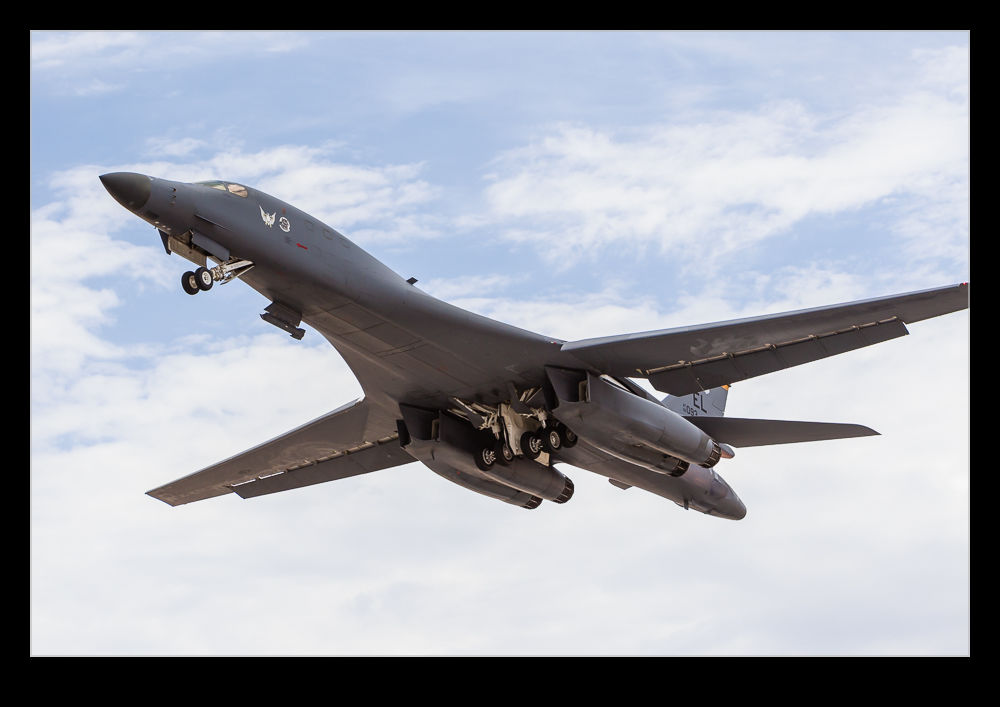 The Global Aviation Resource team put a concerted effort into the coverage of the Red Flag 14-3 exercise. Paul Dunn and Chris Wood both traveled out from the UK and I headed down from California to cover the events. Unfortunately, not everything went according to plan. We took part in the interview panel with some of the participants in the exercise and that went well. Then we all headed out to a location between the runways to prepare for the launch and recovery of the aircraft. We got there ahead of time and saw a few movements, mostly unrelated to the exercise. 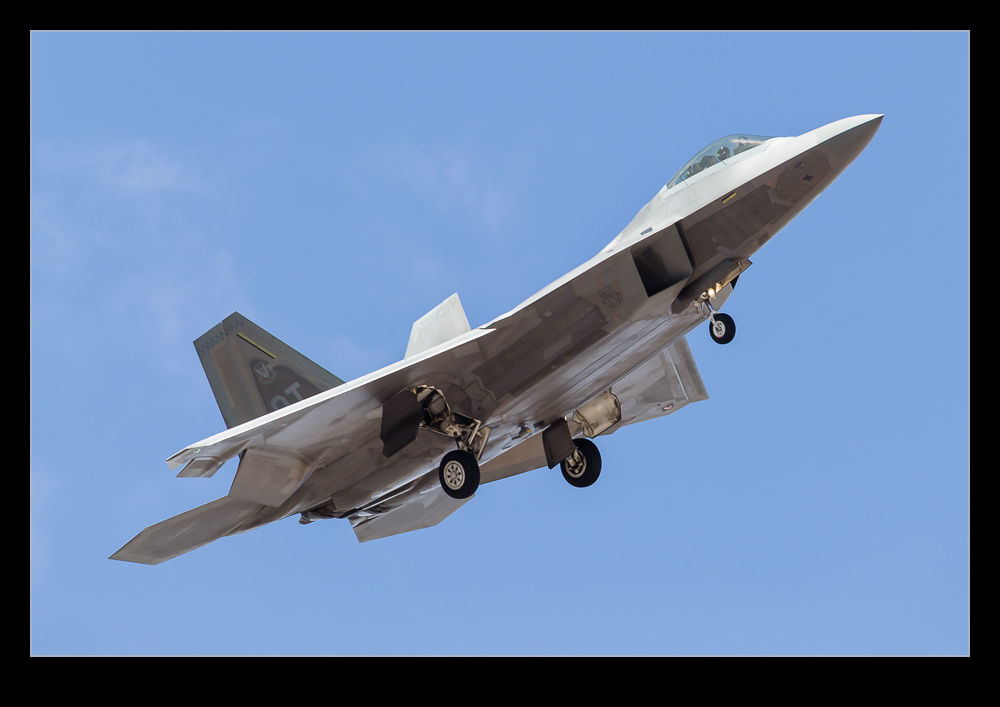 Just as the time was coming for the launch to commence, we got the word to get back on the bus and hold in place. Something was going on and we had to be together while it was established what the issue was. After waiting for a while and as the first of the aircraft were taxiing out to depart, we were told that we were heading off base. We started o drive out just as the B-1s were taking off. Pretty soon we were back at the gate and were told that we wouldn’t be going back. From what we have heard since, there was a suspicious package on the ramp and that was the cause of the alert. The launch went ahead anyway. We headed off base to shoot what we could but a combination of the harsh lighting and some cloudy skies meant we didn’t get anything like what we had hoped for. 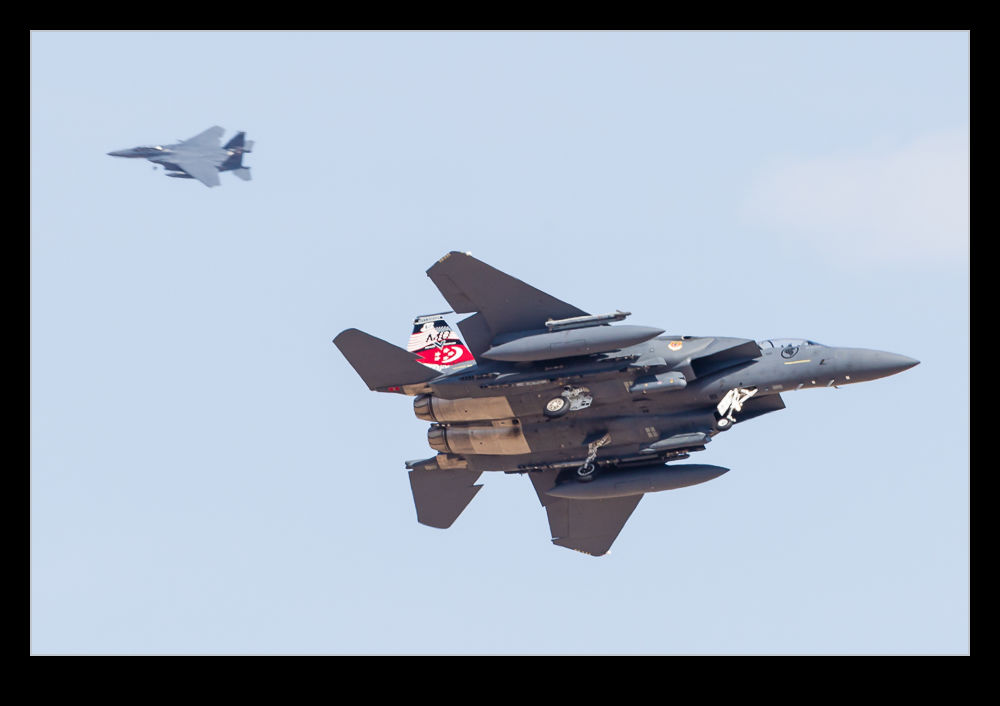 I did manage to grab a couple of shots out of the bus window as we were still between the runways so what you see here is a combination of that and what we got off base.

The article itself was written up by Paul this time and it can be found here.