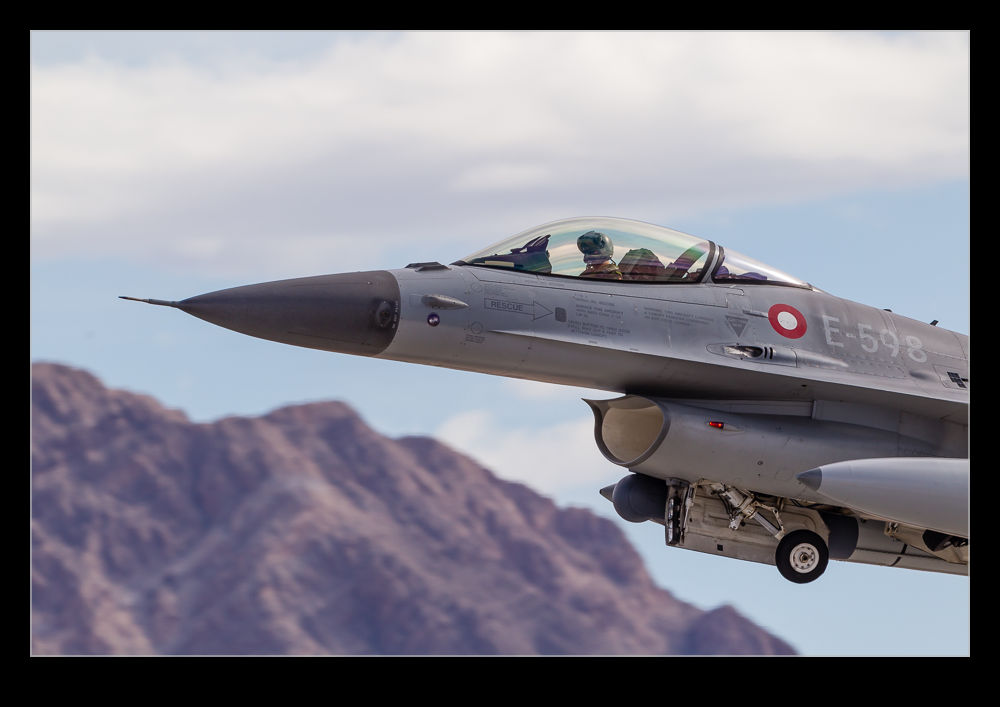 When things go according to plan, the USAF holds their Red Flag exercise three times a year at Nellis AFB in Las Vegas NV.  Global Aviation Resource like to provide some coverage so, with the second event of the 2014 program taking place in march, I headed down to cover the event.  I spent a couple of days down there.  One day was on base as guests of the public affairs people at Nellis.  They started out the day with an interview panel with a number of officers from different units and air forces.  They were a good bunch and willing to answer our questions – well, most of them since they wisely avoided answering some questions that should never have been asked of them. 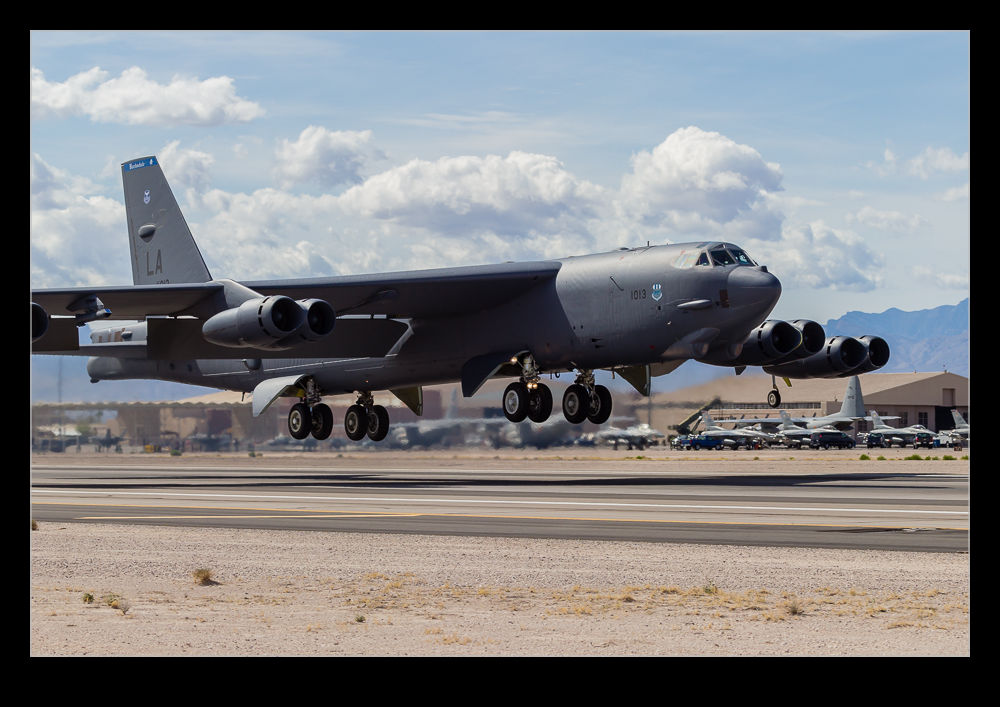 With the interviews over, we headed out to the runways.  There are two runways at Nellis that are used together.  We were able to stand between them and given relatively free range as to how far up and down we wanted to go.  There are clear preferences as to which runway you want them to use based on the light.  The launch took place around the middle of the day and they launched off to the northeast.  In this case he light was best on the aircraft on the left runway.  However, you have to do what you can for those on the right as well – often the aircraft you want to focus on.  (There is a bunch of aircraft that you are told not to photograph.  Often it takes a while to realize that what is coming is something you can’t shoot but most people seemed to play by the rules.) 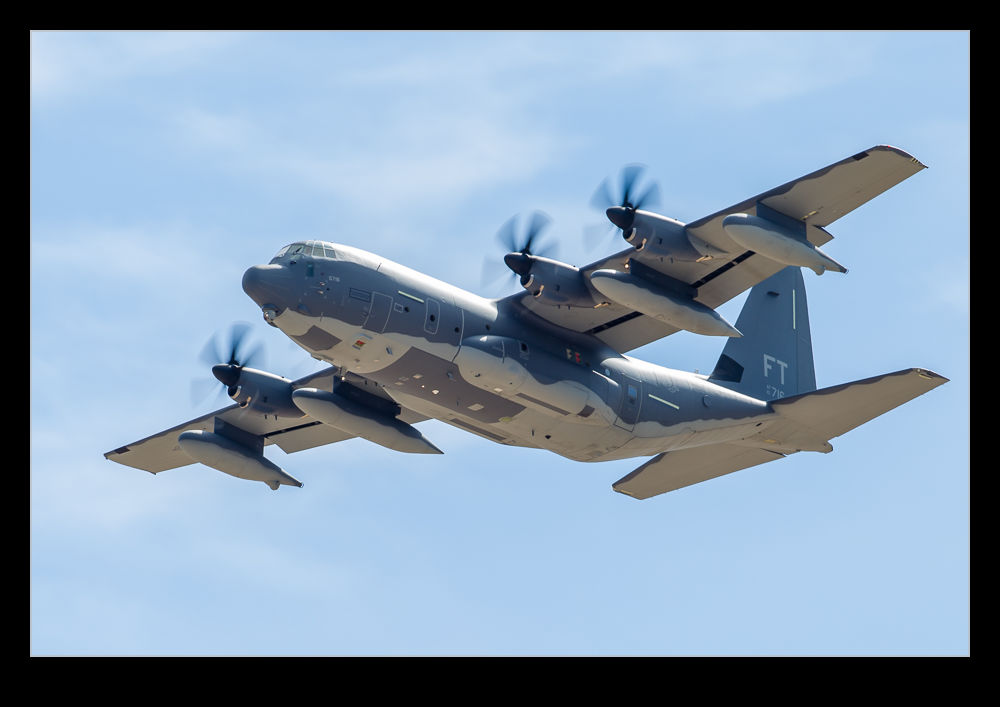 When the recovery starts, they tend to use the opposite runways.  By now the light has come around so you really want them to come in on the left.  Sadly, a lot of traffic went to the right.  If you had been outside, you would have got a good amount of traffic to shoot.  When recoveries had wrapped up, we all got back on the buses and headed out.  The second day I spent outside the base.  This provides an opportunity to get a different selection of shots for the article.  It also is unrestricted in what you can shoot so some of the stuff that was restricted while on base can now be shot for the coverage.  Sadly, various things resulted in a lot of the recovering traffic going to the left.  This would have been great if I was on base but sadly it meant a lot of interesting stuff was a long way off.  Still, plenty of stuff came our way.  With the Speedway building up to a NASCAR racing weekend, the crews had been told to keep it tight.  Some certainly did that and came a lot closer to us than expected or even turned within us.  It made for some interesting angles to shoot. 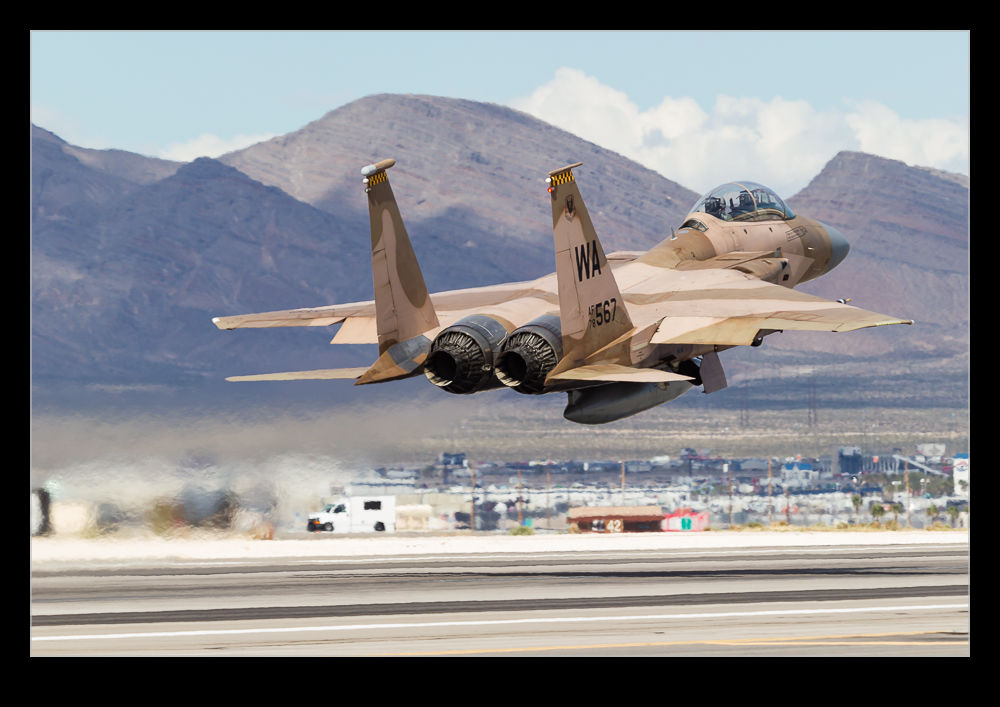 The finished article is available through the magazine we publish.  You can find it here.  Please go and download a copy if you haven’t already seen it.  Aside from my work, there is a bunch of great stuff to take a look at.