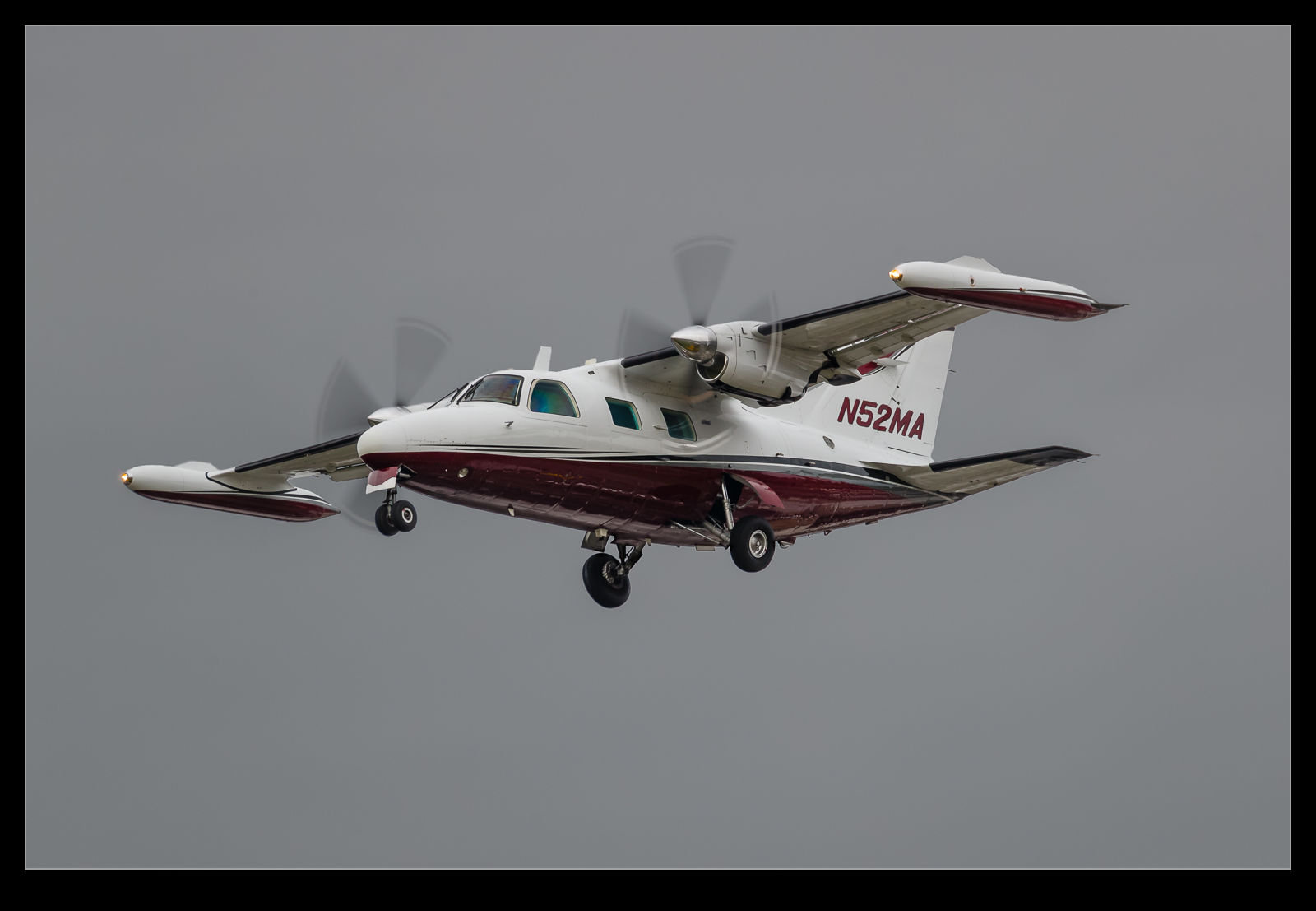 One of the rarer small turboprops is the Mitsubishi MU-2.  It is a high performance aircraft that developed a bit of a reputation for crashing.  What really was the issue was that it was an higher performance plane than many pilots were used to and, once a specific training program was implemented, it was back in the same level of safety as other turboprops.  My late friend, Mike, took part in a round the world trip in an MU-2 which he blogged about and is well worth searching out. 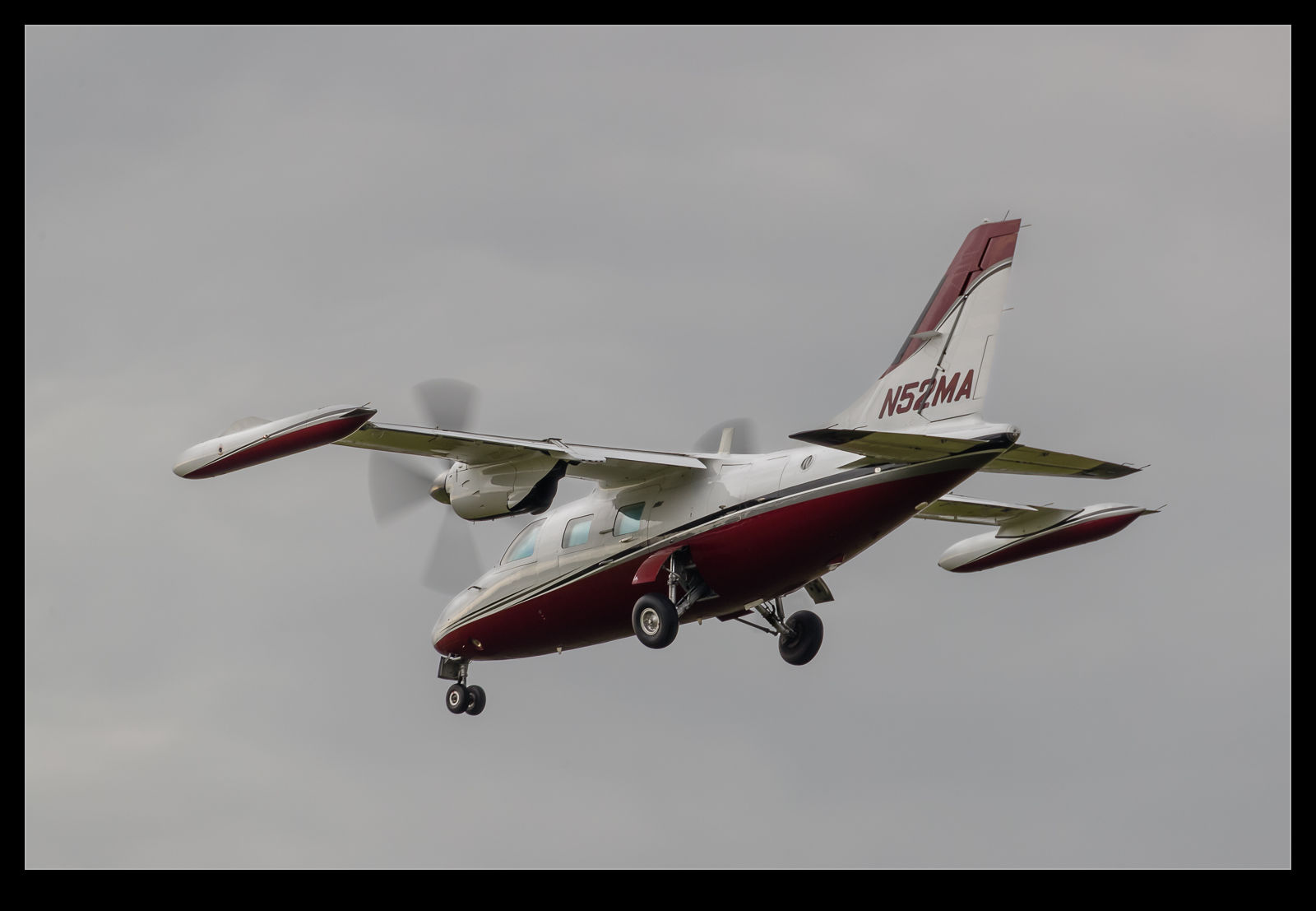 While the MU-2 is a bit of a rarity, for some reason, two of them were up our way recently at the same time.  I don’t know whether this was a coincidence or not.  One was operating out of Paine Field and the other was at Boeing Field.  The weather wasn’t great but it was an MU-2 so, early Sunday morning, I headed down to watch it come in.  We had an Air Canada Max arrive shortly beforehand to allow me to check on my exposures in the conditions and then the MU-2 showed up.  A quick few shots and then back in the car and head home.