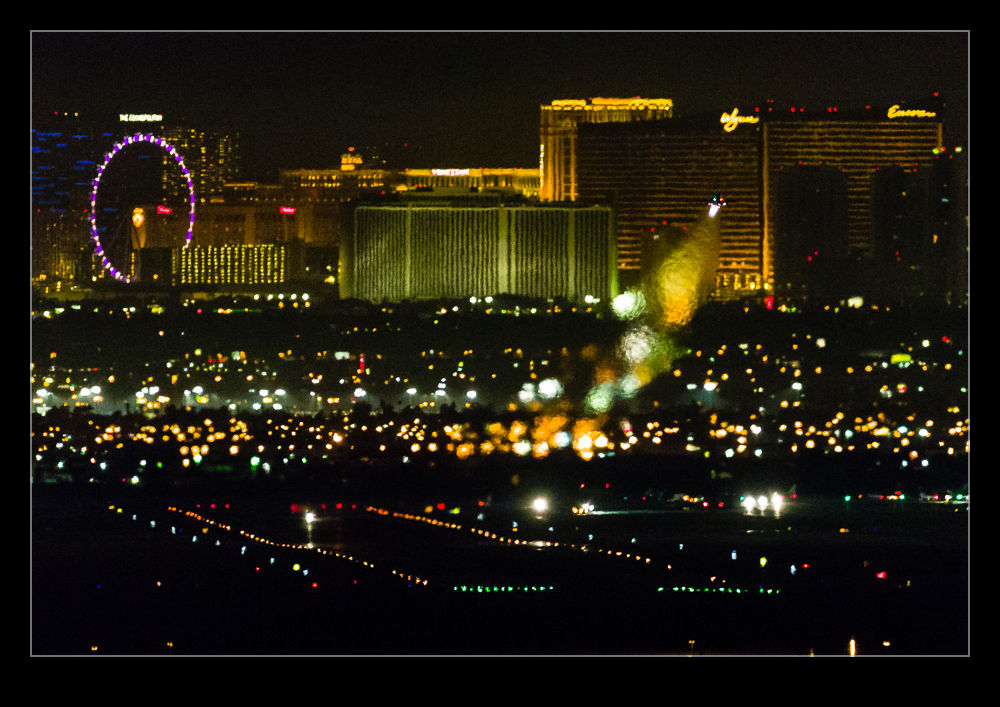 When the daylight flying activities are over, there is still the night and Red Flag has a night mission that is flown on most days. Therefore, after dinner, you can head up to a spot north of the speedway where there is a great view over the base with Las Vegas in the background. It is dark up there so there are not many good chances for shooting the jets but you can sometimes get some shots of stuff flying over if it lights itself up. 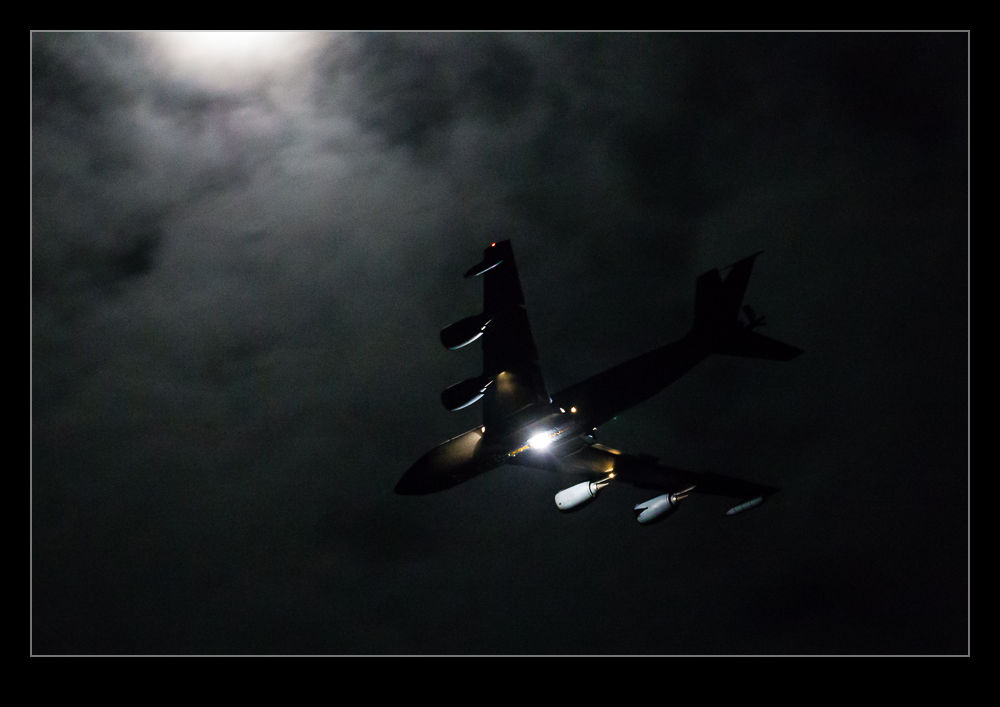 However, you can get some shots of the base with the launching jets showing up either from their afterburners or from the heat distortion they leave behind. 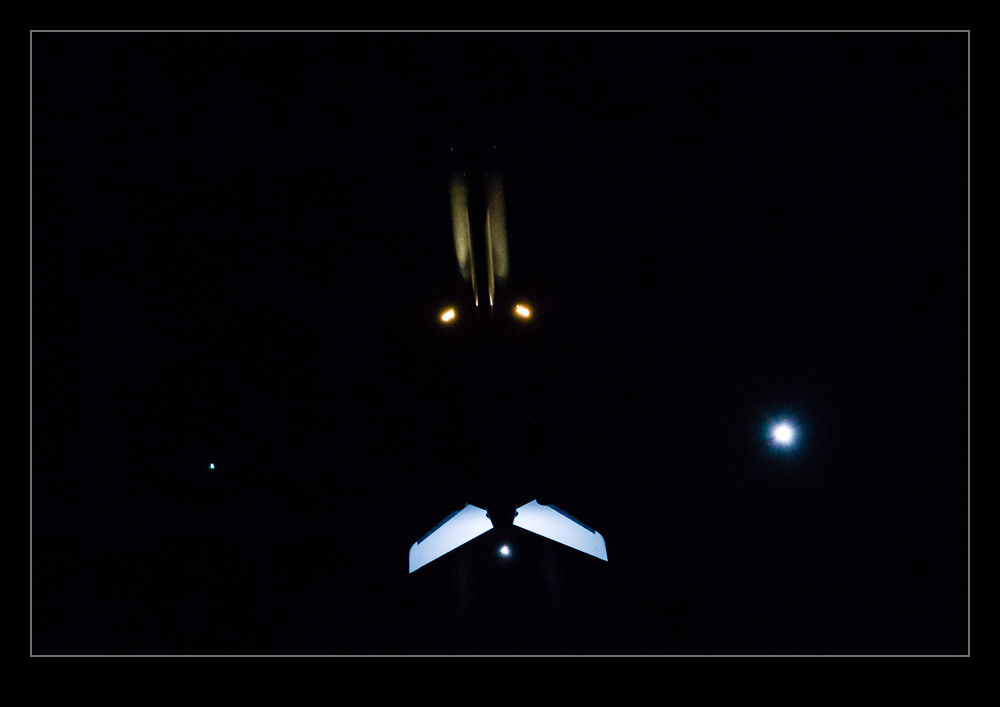 The other thing is to run a time lapse and see the jets moving around on the base and then streaking off into the sky. I ran a couple of them over two nights. Below is the result of one of them. Two things to note. First, the launch was very spread out. The main jet launch was actually quite late and I was tired and cold so cut short the sequence while they were still heading out. The second is that a weird optical effect shows up in the video. It is a movement of the image a bit like heat haze. However, since the shots are taken over such a long period of time, you would think that would not be an issue. Something is going on though so if anyone has any suggestions, feel free to comment with your thoughts.