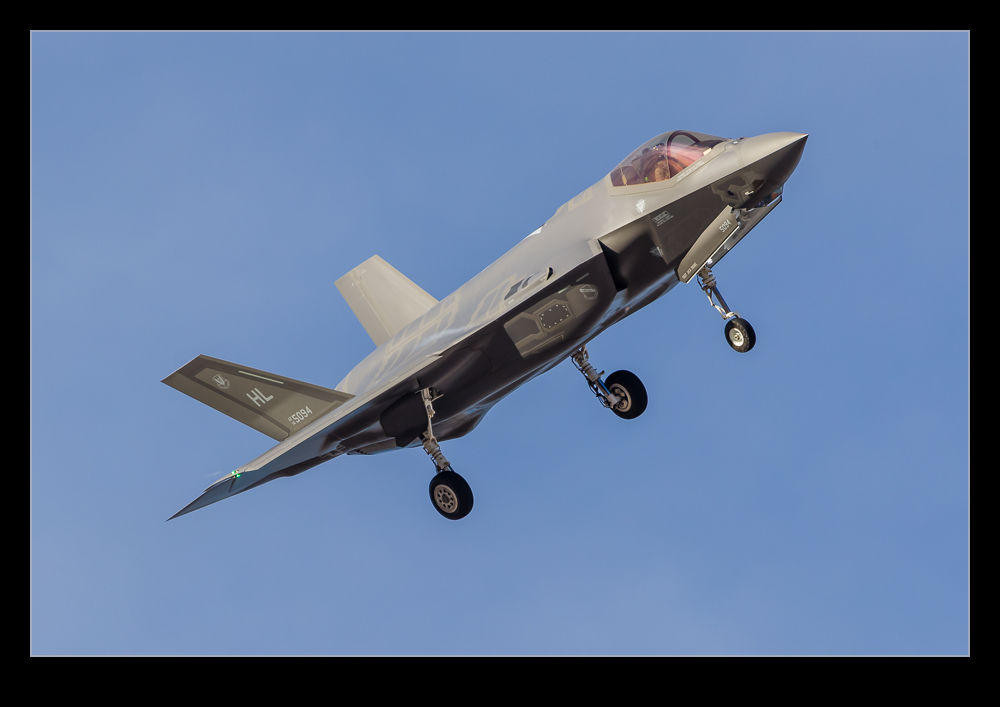 If you ask Nancy about a name that I think has good comic potential, it is Dave.  It is not that the name Dave is strange in any way but, if you asked me to name something, my first choice would be Dave.  It has something that just works for being offbeat.  Apparently, I am not alone in this (which will come as a great disappointment to Nancy who will now know I am not alone and will never stop).  The online forum for aerospace, PPRUNE, has apparently decided to call the F-35 Lightning II the Dave.  Tornados are Tonkas, F-16s are Vipers and now F-35s are Daves.  I love it! 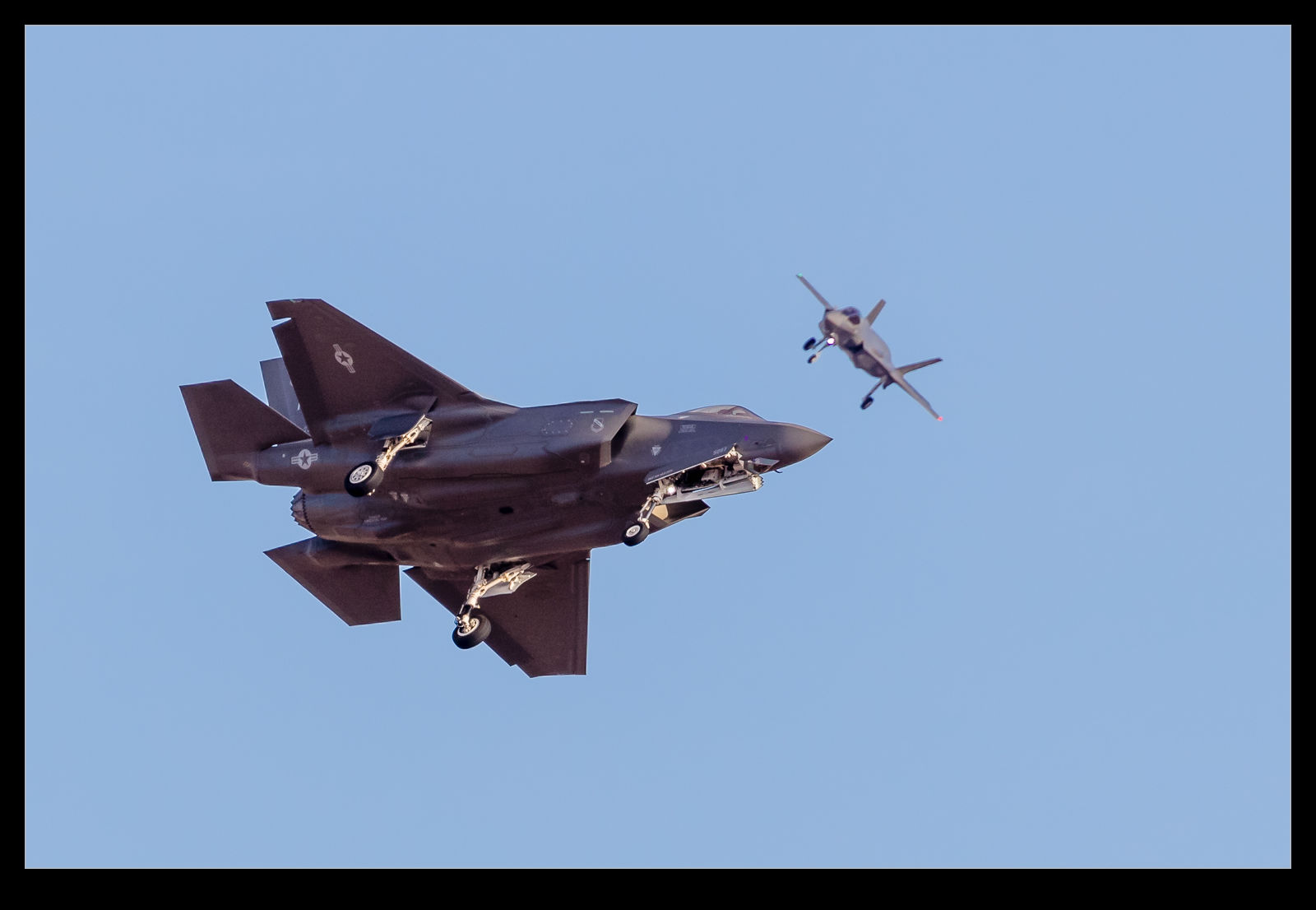 Red Flag 17-1 was the first of the Red Flag exercises to which the USAF brought the F-35A.  The Marine Corps had brought the F-35B previously but they tended to go out in pairs.  This time the Air Force took the jets out in significant numbers.  Consequently, I was able to get lots of shots of the jets.  Whether it was groups returning as four ships, individual jets departing or odd Daves in formation with other jets, there were plenty of options.  They also turned in really nicely on approach for the spot I had chosen so some nice close top sides were also possible. 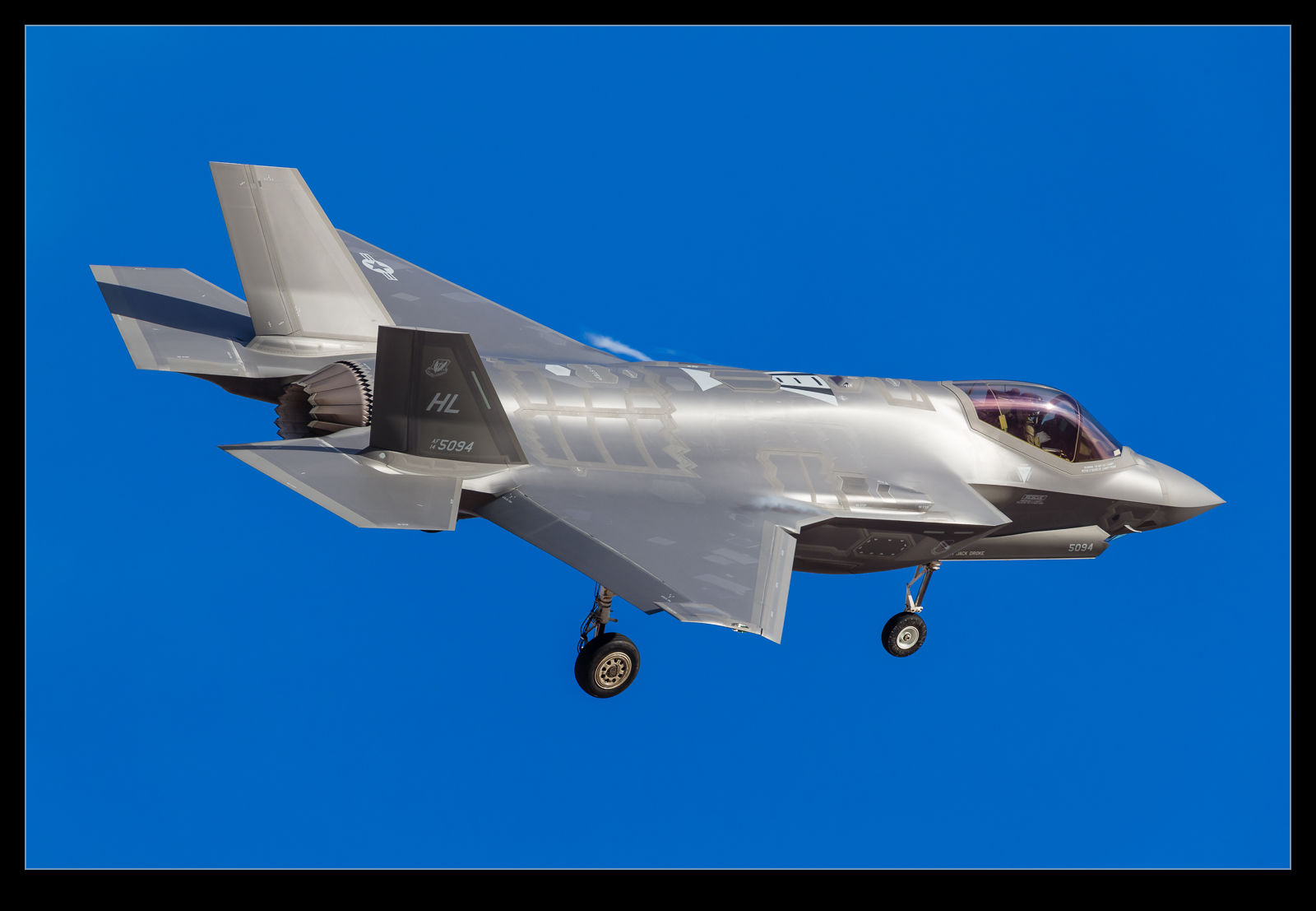 I won’t yet say that I have grown to like the look of the jet but I am certainly starting to thaw.  Since they are all new and spotlessly clean, the colors (is that right given how variations of gray are what we are talking about) really come out nicely in the low light.  There are some nice lines to the jet.  It may be a bit chunky but it doesn’t have the same problems as the F-22 with angles at which it looks positively uncomfortable.  Hopefully, the time will come when the operators are able to move away from the purely gray and adopt some nice colors on the jets.  We shall see. 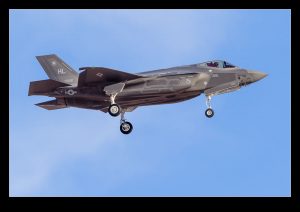 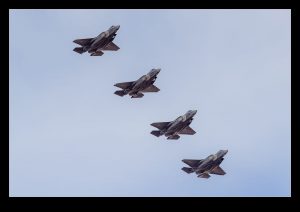 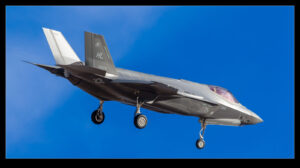 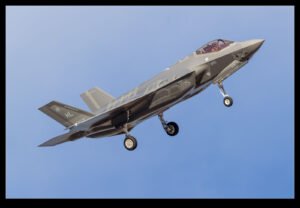 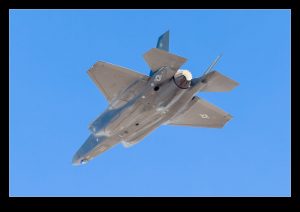