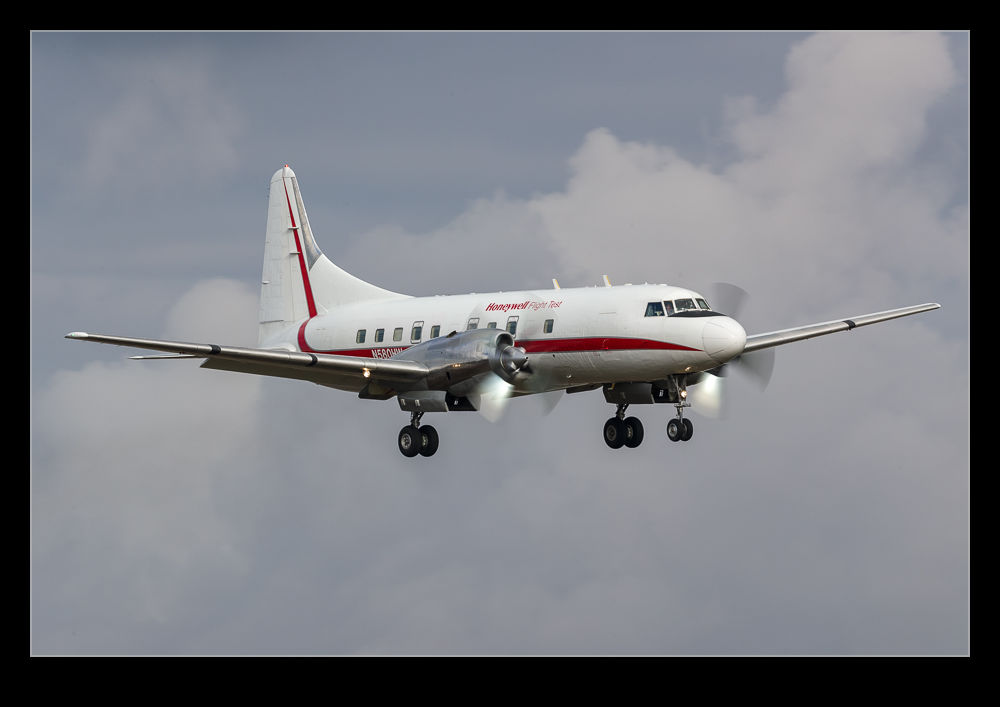 I have seen the Honeywell Convair at Paine Field parked up at various times but only once did I catch it flying in.  This post includes shots of it which were, unfortunately, on a rather overcast day.  A white airframe on a cloudy day is not a great target but its rarity meant I was still pleased to get it.  It was due back in at lunchtime recently so I decided to make the quick trip up while eating my lunch.  The weather had been crummy but I had seen some gaps developing in the clouds and Everett often is a little clearer than by the office.  I figured it might work out. 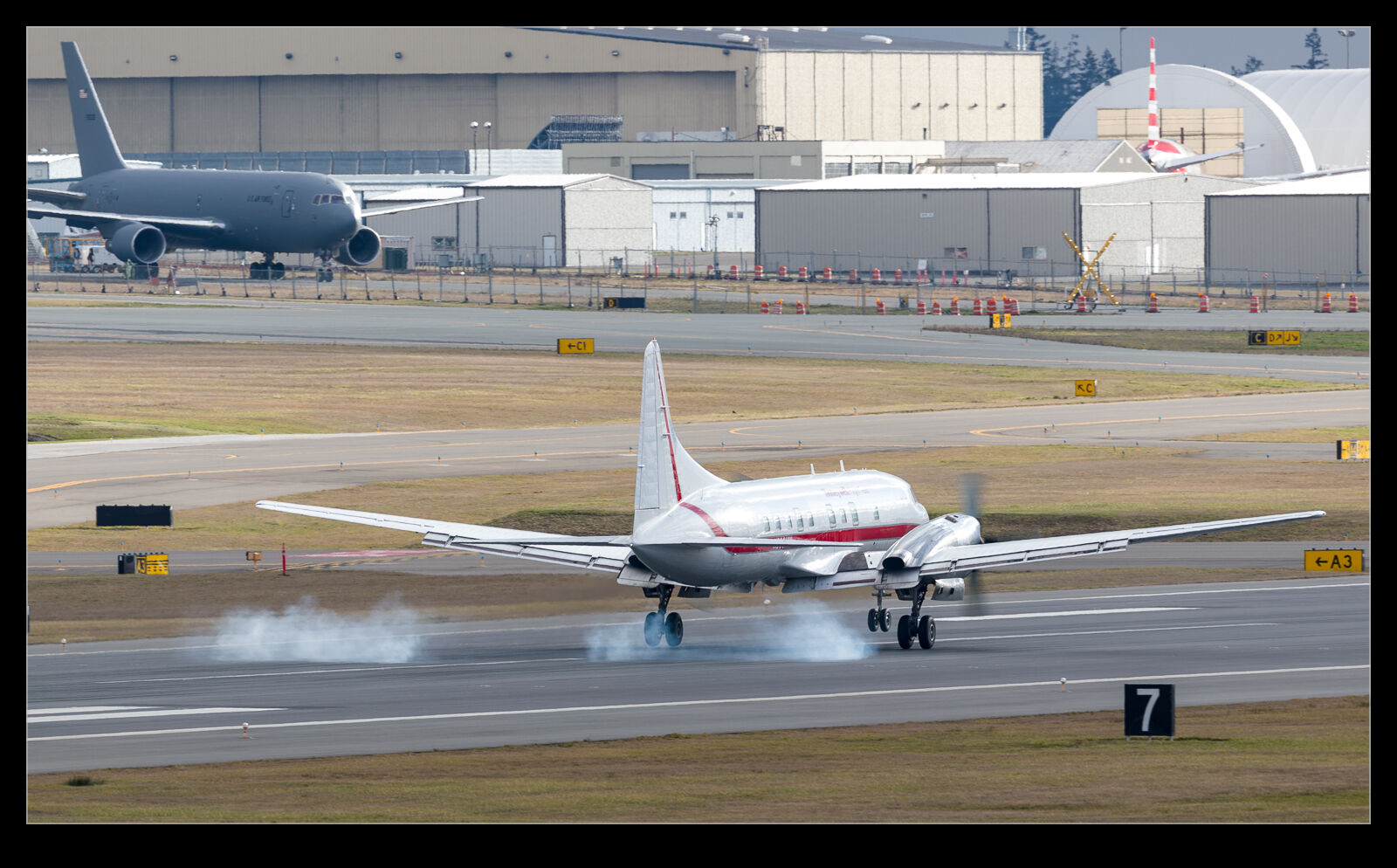 I got there a little while before it was due in and a clear patch did briefly appear before closing in as an Ameriflight Beech 1900 landed.  I looked to the distance and saw potential so waited with fingers crossed.  The Convair appeared downwind and then turned on to final.  It was a shady shape in a cloudy sky.  Had I blown it?  As the approach got close in, a burst of light appeared and the airframe jumped out from the background.  I was delighted.  It touched down, I packed my stuff up and I was back in the office before you knew it! 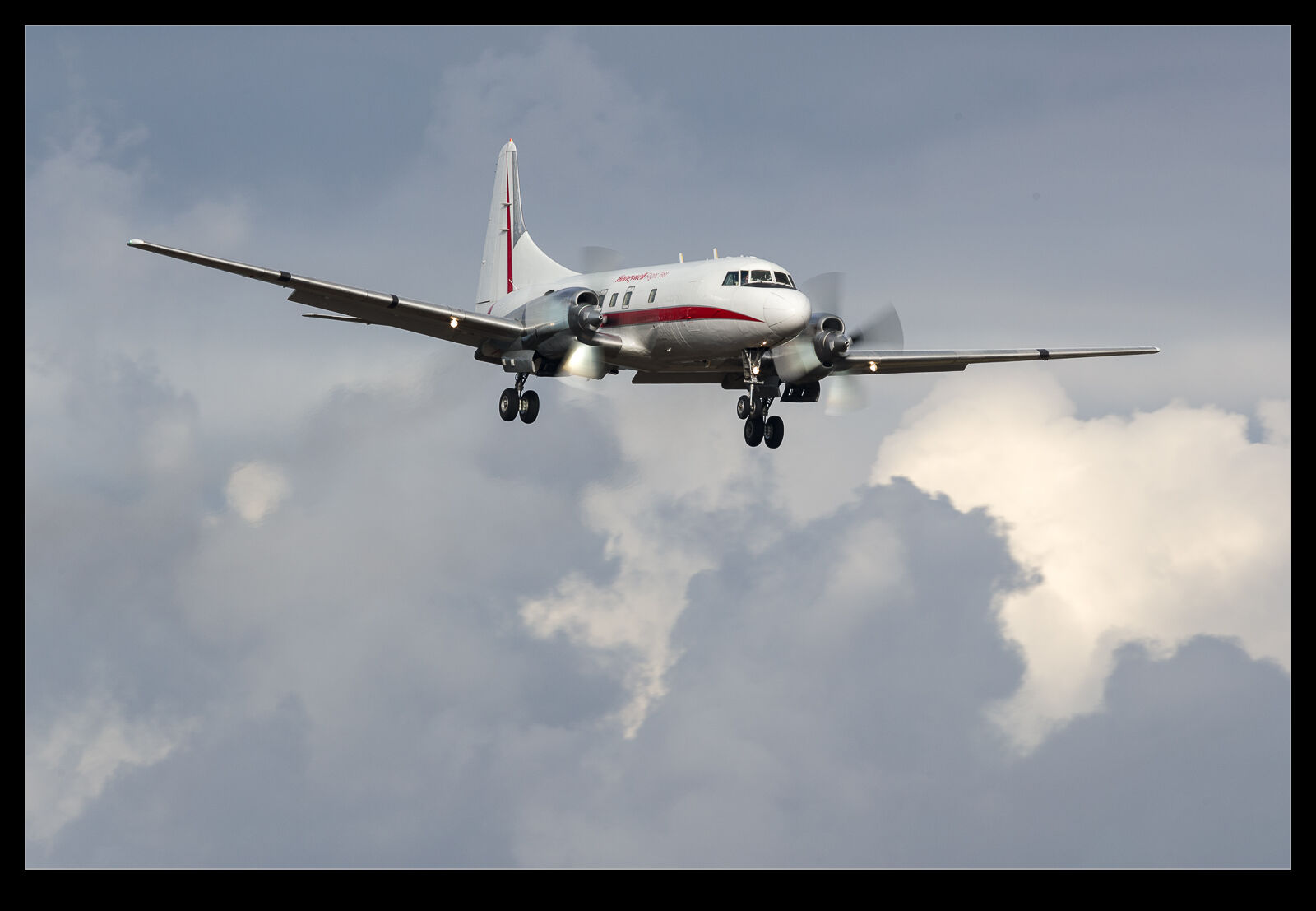