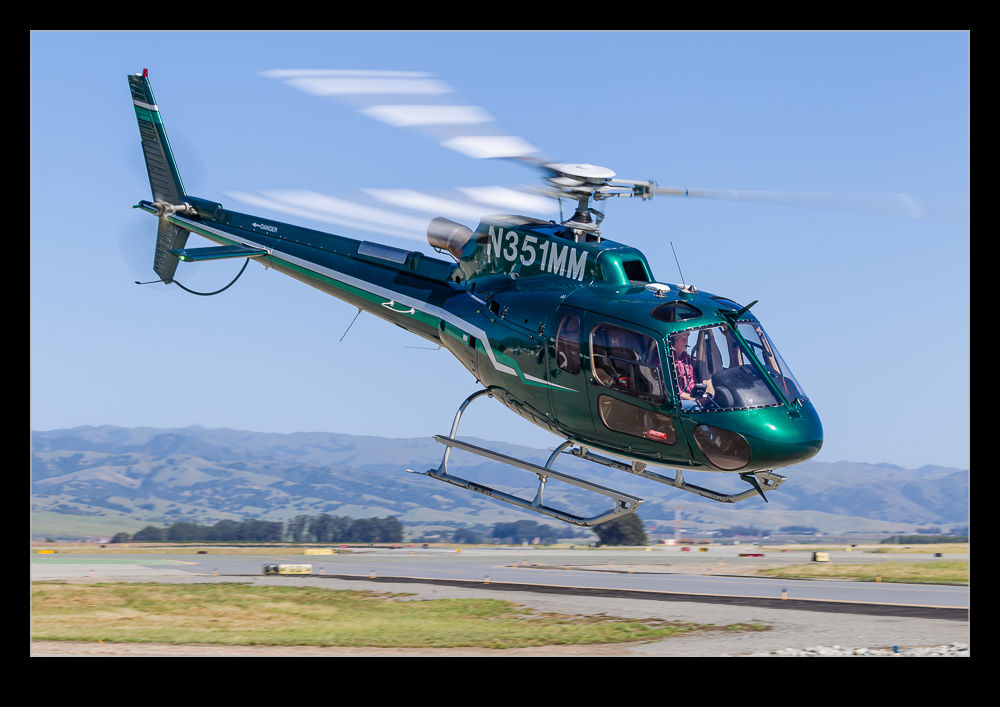 I love helicopters and getting to see two in close quarters at Salinas recently was the sort of thing to make me smile.  An Astar had come up to drop someone off and was heading back out again.  Meanwhile, a local Robinson R-44 had been moved out on to the ramp next to it for its pilot to have a local flight.  They ended up starting up and departing at almost the same time.  What I hadn’t realized was that the departure path for both of them was going to take them right past me. 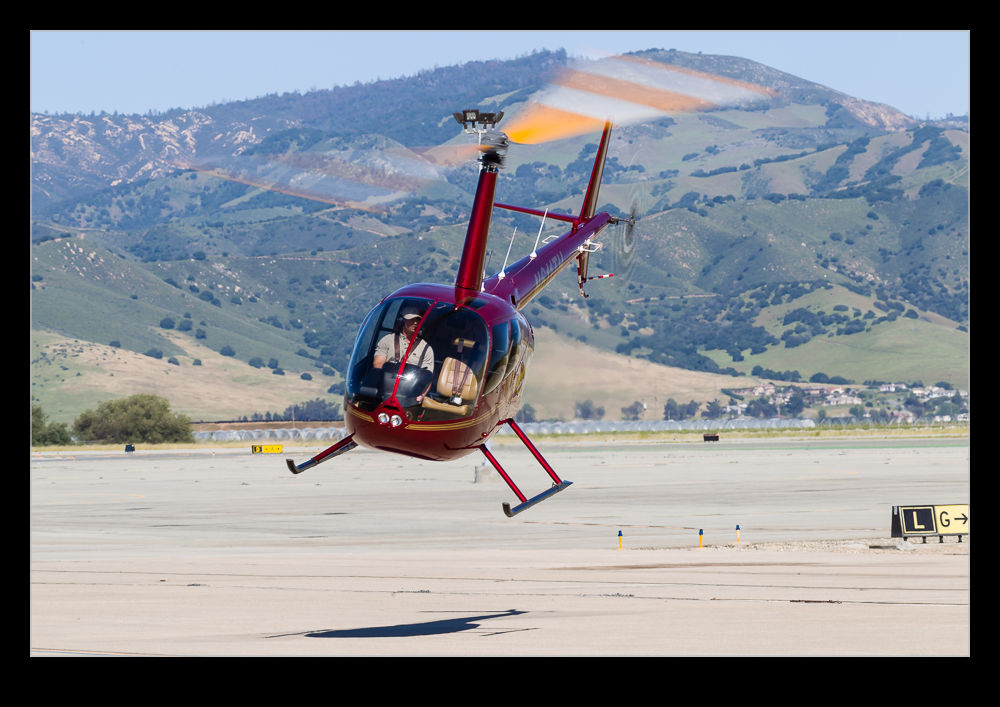 I had figured that they would start up and then hover taxi to the runway before departing in the runway heading.  Instead, the approved profile made use of the taxiway next to where I was.  The result was that they both pulled to the hover and then turned in my direction before accelerating right by.  That was a lot better than I was expecting.  The need to gain speed before climbing to minimize time in the “avoid curve” means that you get a nice low view of a helicopter when it takes off.  This is far better than the fixed wing alternative in my view. 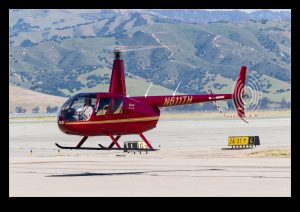