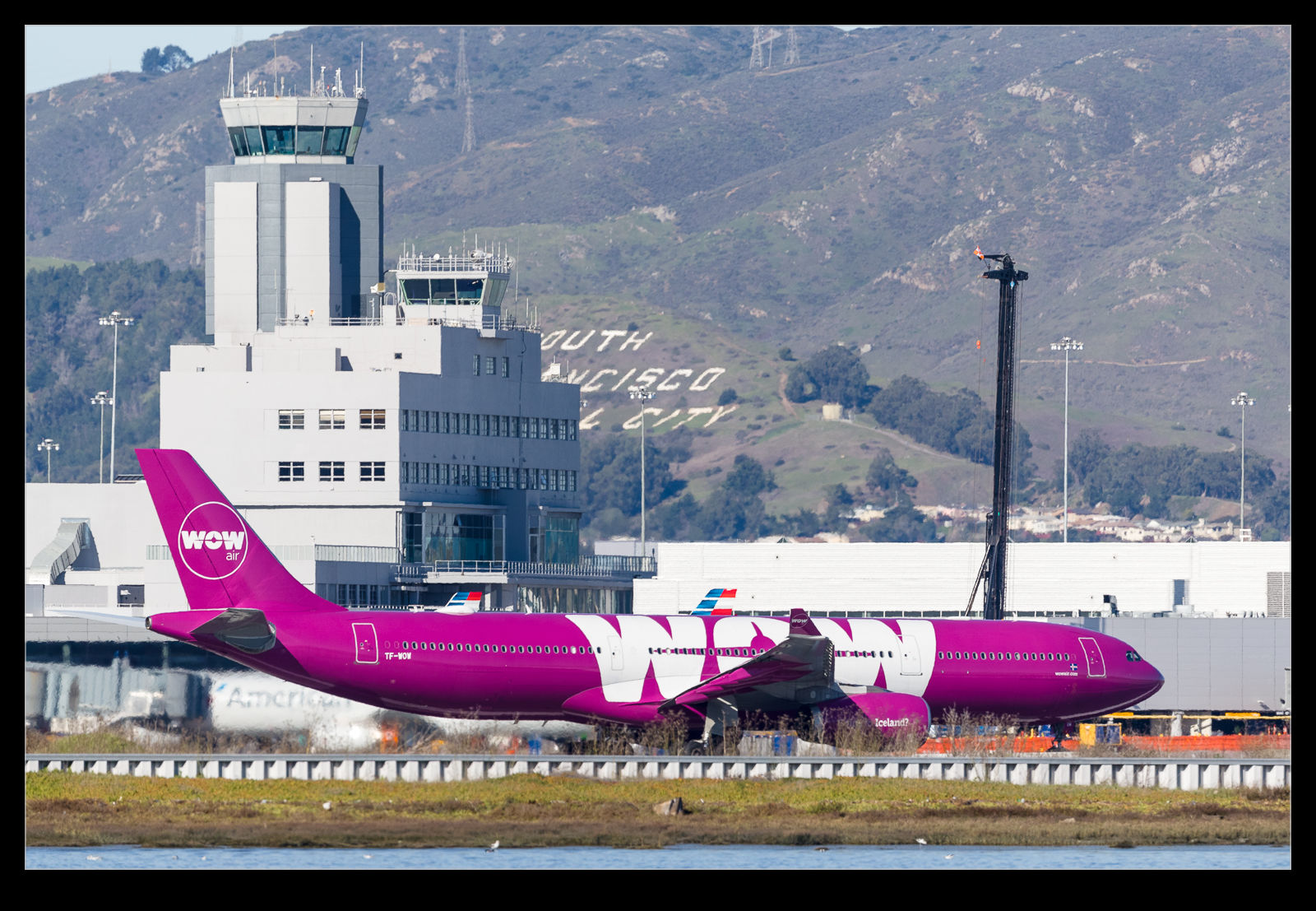 My first encounter with a WOW A330 was towards the end of the day when the jet was a little backlit.  I hadn’t had another chance to shoot one since them and wanted to try and do a little better.  The deep color of the purple scheme should look more vibrant than the slightly washed out version I had managed before.  The timing of the flights is such that they depart in the late morning.  Since the jet is not too heavy, they go off the 01 runways which means they have a nice light on them during the lower winter sun.  Unfortunately, they seem to like using 01L rather than 01R which puts them a little further away and a little more susceptible to heat haze.  However, I got lucky this time and the conditions were okay. 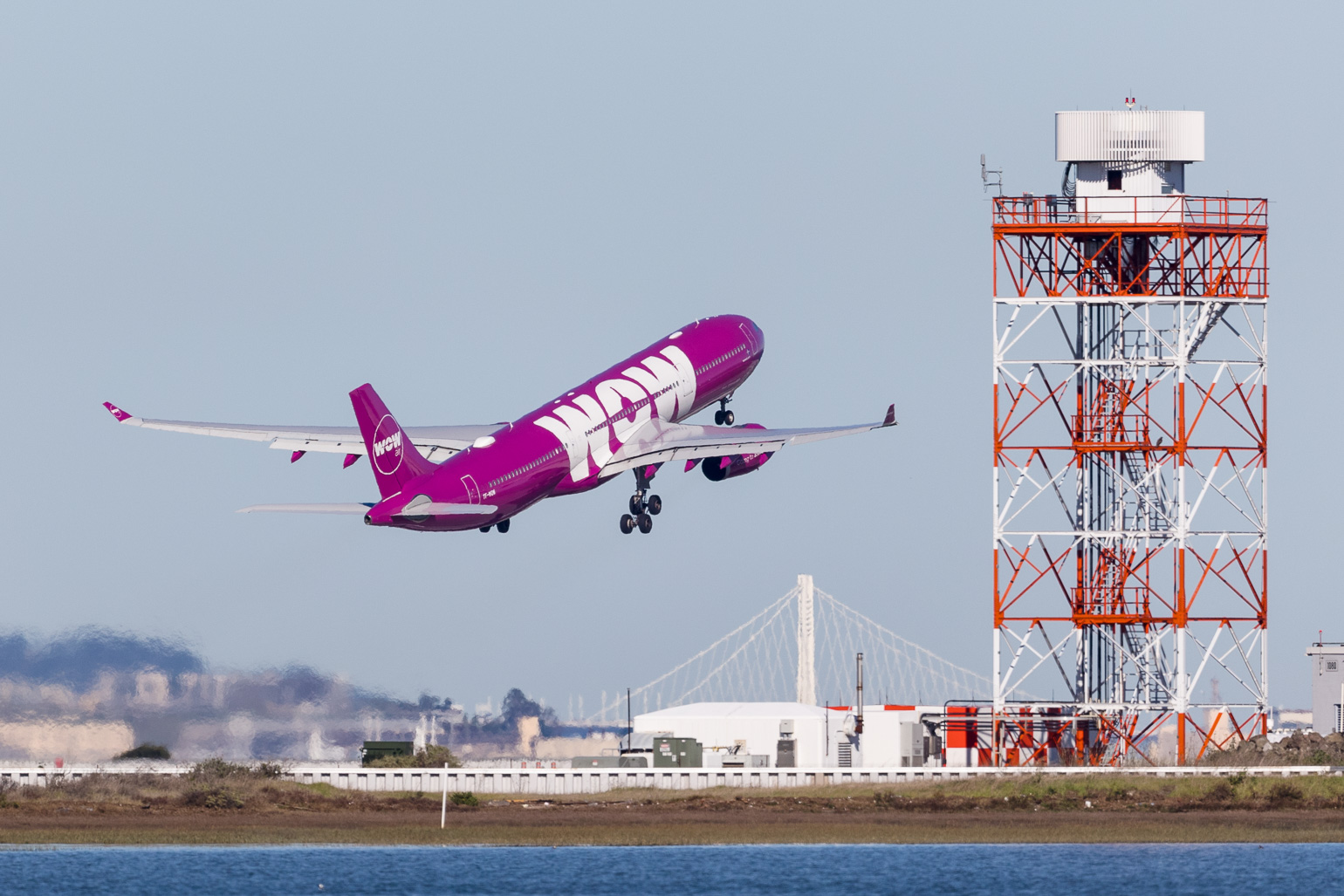