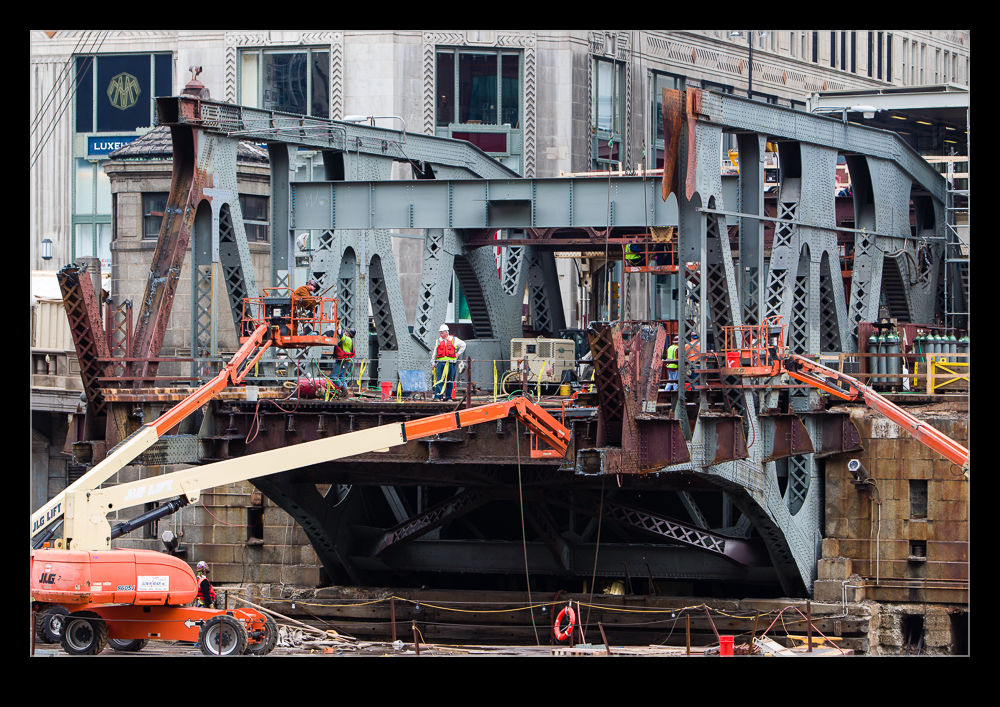 Once the old part of the bridge is cut away, the next step is getting the remaining part of the bridge ready to accept the new structure.  The original construction of the bridge involves having the metalwork riveted together.  In the run up to the replacement program, it appears that the team have progressively removed the individual rivets in the sections that will be part of the new joint and replace them with bolts.  Then, when the structure is cut, it is possible to unbolt the stubs left after the cuts. 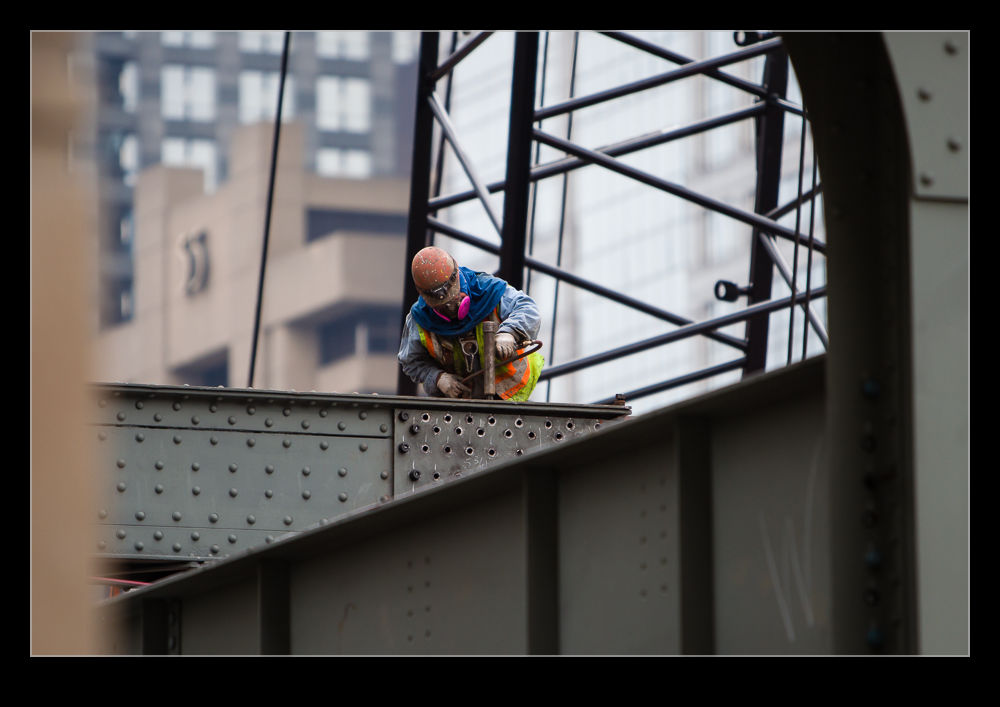 With the sections removed, some preparation was necessary for the surfaces that would be part of the new joints with the mating surfaces and the bolt holes being coated.  A bunch of cleaning up was also required so the team were moving around these joints on cherry pickers with power tools to clean and prep the surfaces. 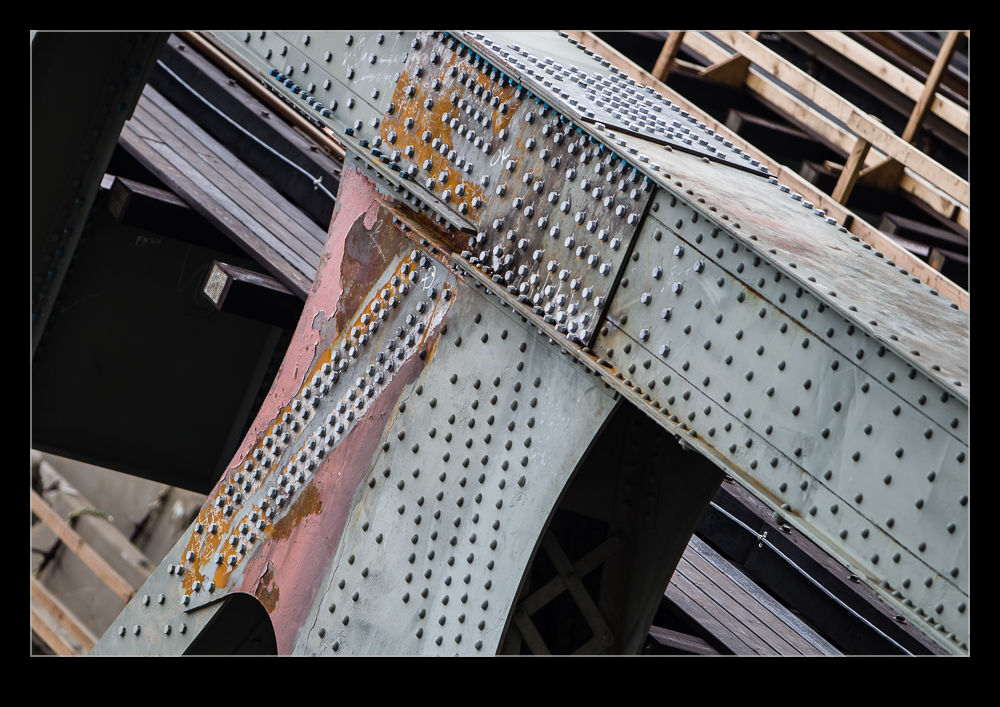 The final step was to bolt in place some additional structure that would serve to guide the new span into place when it was floated in to position.  All of this took a lot longer than I expected.  One visit at night looked like a lot of things we ready.  I talked to some of the crew to find out when the move would take place.  They thought it would all be done overnight.  I debated whether I was prepared to stay up all night to watch it and decided that wasn’t a good idea. 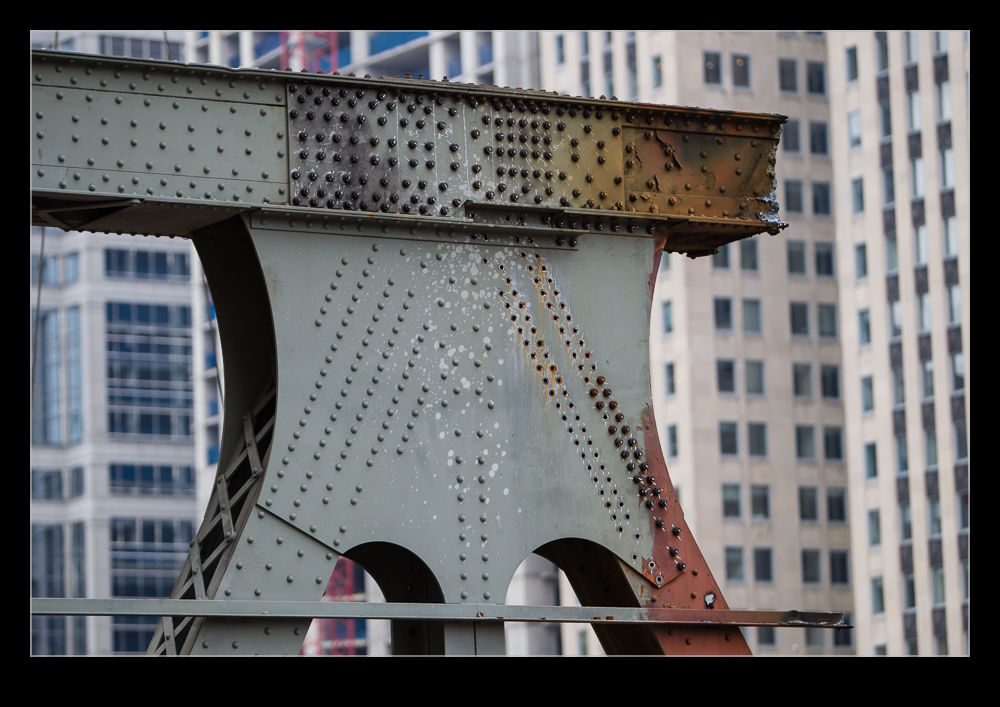 I was glad I made that decision.  I awoke early the next morning and headed around and the new span was not yet moved.  I was glad to know I hadn’t missed it.  Indeed, the prep work was still being finished off.  In the end, one of the guys came by and advised of the timing of the lunch break for that shift so I knew that I had time before the move and could head home and get some breakfast! 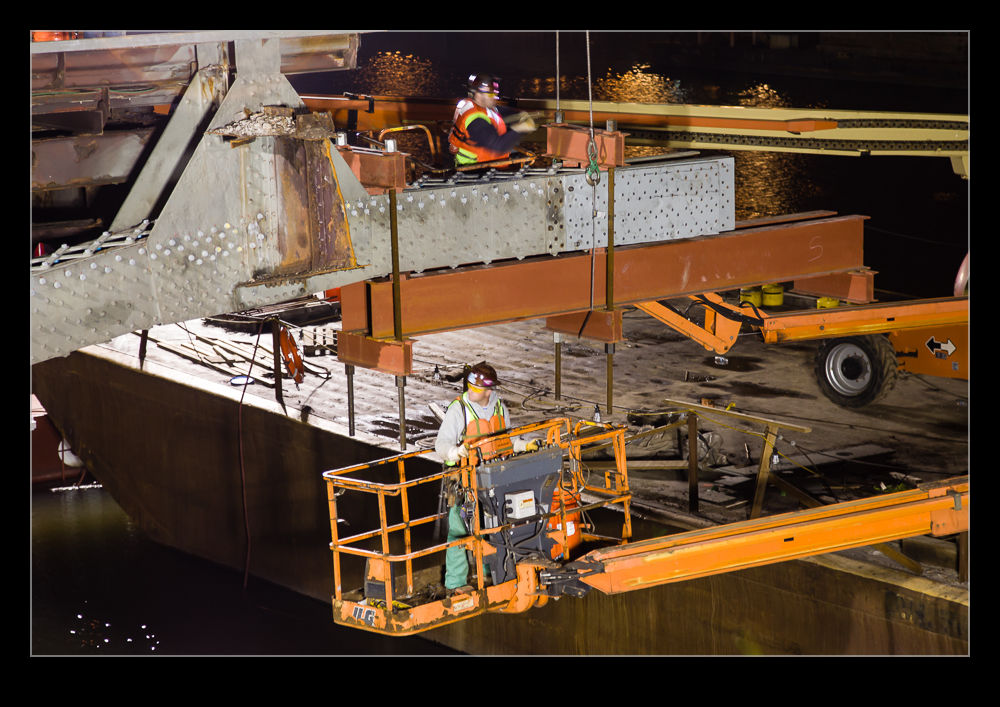 Meanwhile, there were a few guys cutting up sections of the old span.  Not sure what their plan was but the cutting work always looks great at night. 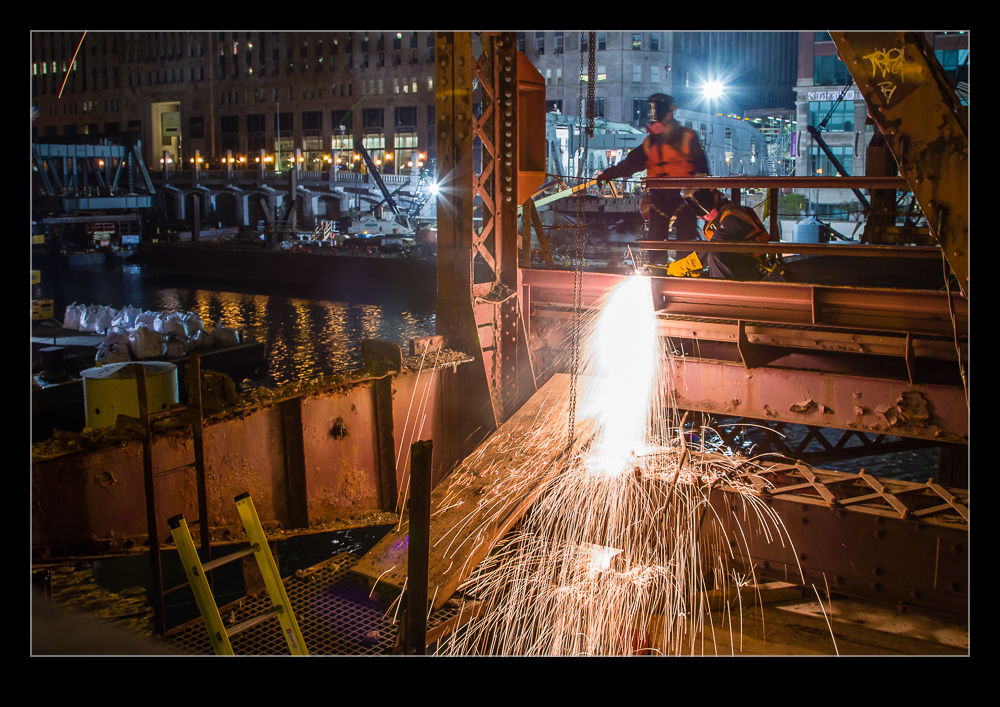 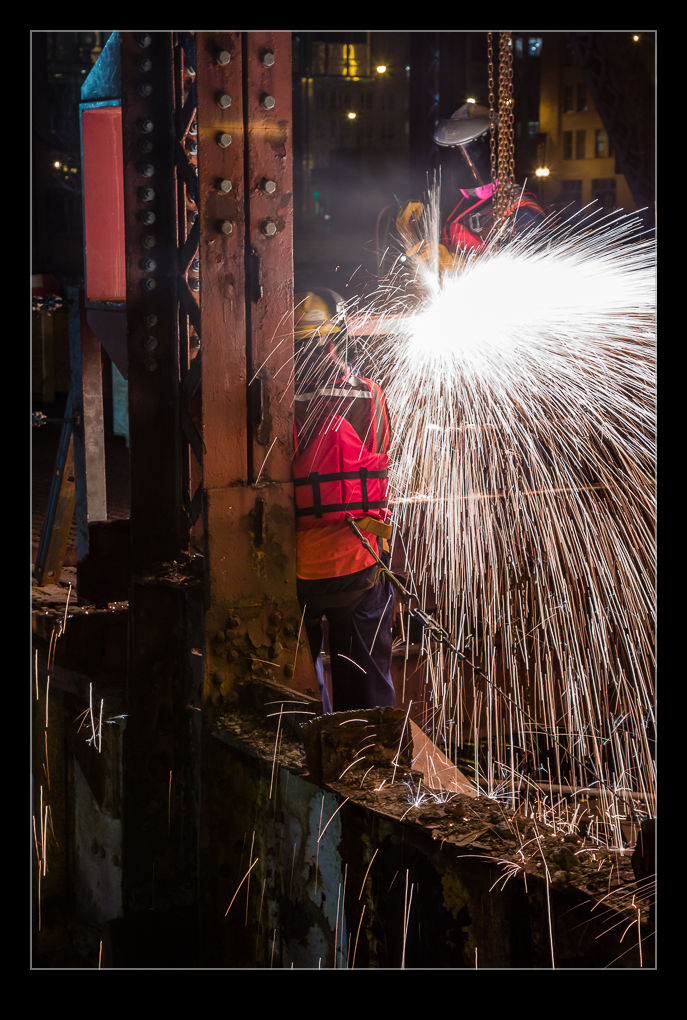