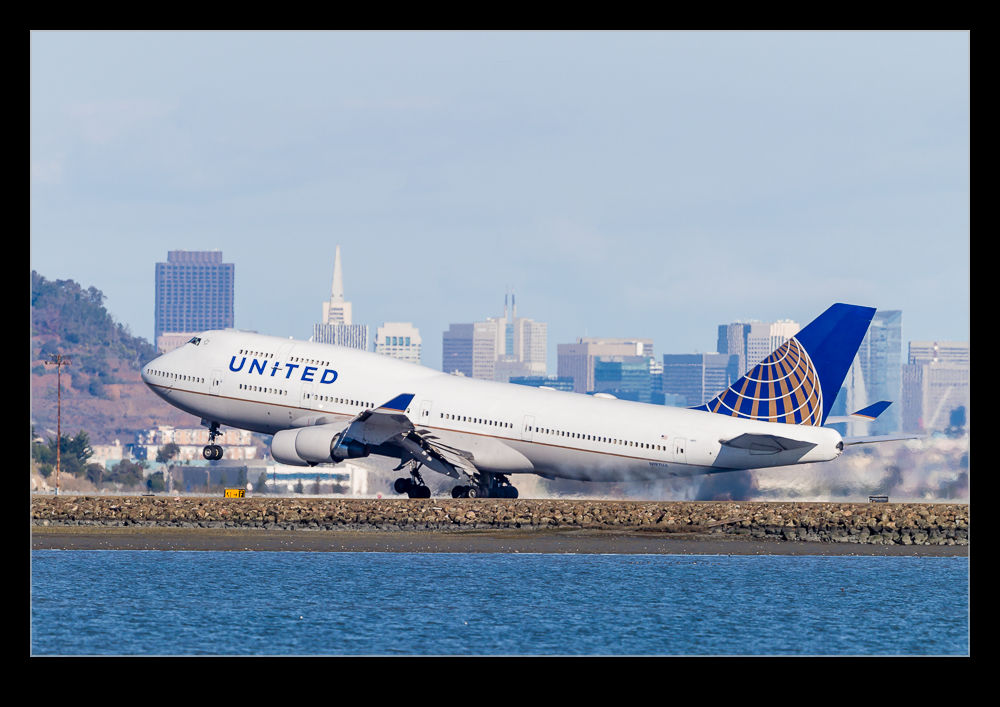 Airline operates are usually pretty predictable – at least provided the weather is not too extreme. You tend to get jets on glide path and at the appropriate speed. This results in touchdowns being reasonably close to the same place each time. However, poor are flying these planes and they introduce some variability to the mix. A recent visit to SFO included one United 747 that was a bit off target. 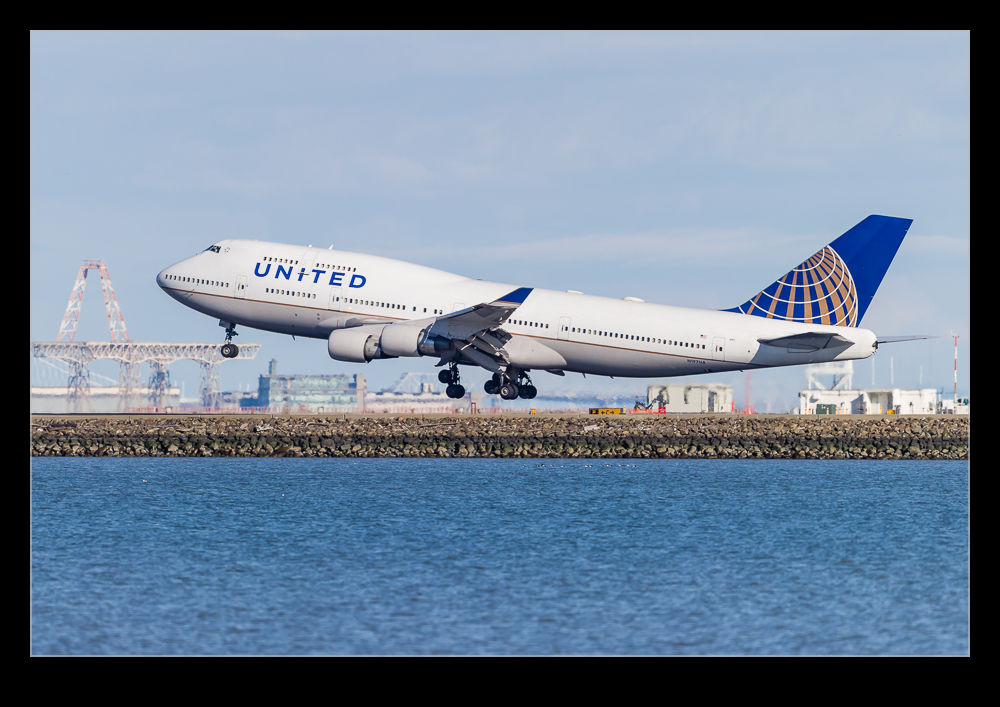 First I should point out that the runway in use is a long one and that a 747 at the end of a flight can get down safely in a lot less space than is provided. In this case, that helped. The 747 came across the threshold and flared for landing. It was higher than normal and must have been carrying some speed because it floated a long way down the runway. When it eventually touched down, we had the city skyline behind it which only emphasized how far it had gone. No harm done and it exited with plenty to spare but it was conspicuous enough to have got all present commenting on it. 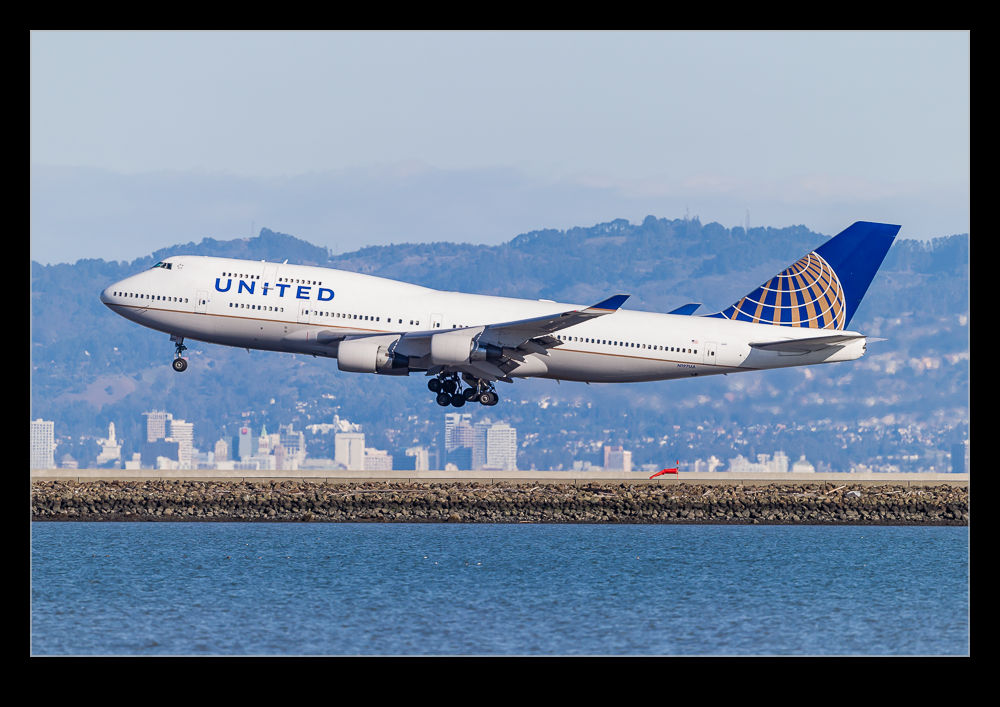