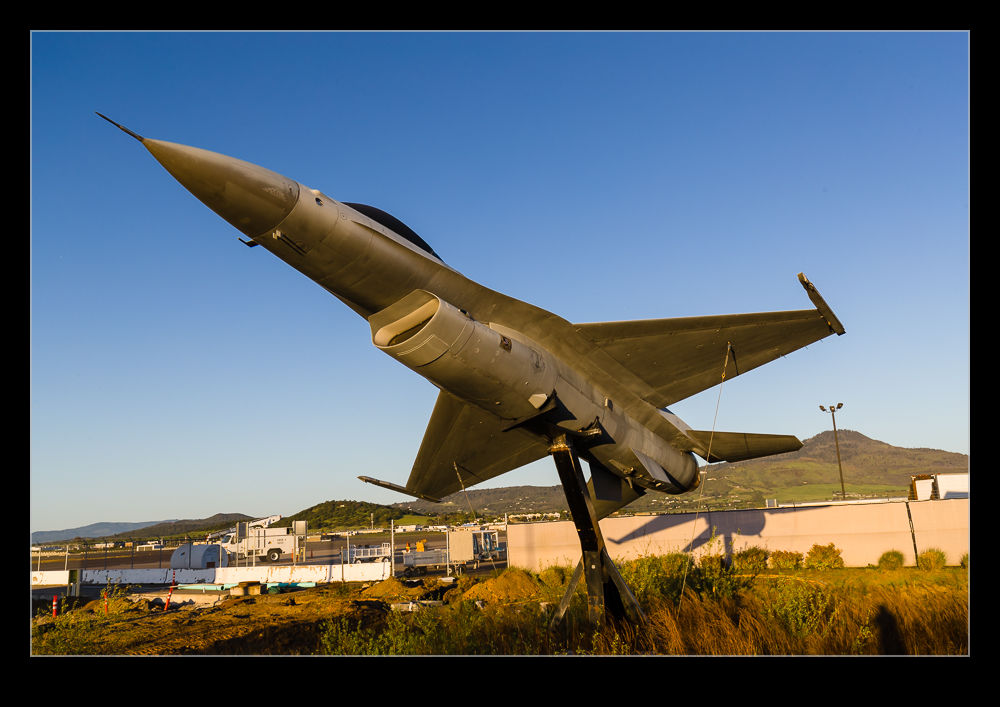 Our overnight stop at Medford in Oregon was close to the airport. I took a stroll towards the terminal which had an F-16 mounted on a pole outside.  This was an F-16A model.  I assume it had been there for quite a while.  There was a time a while back when units would detail bits of their jets with chrome.  A-10 guns would be chromed and F-16s would have the port around their guns chromed up too.  This jet had obviously had the treatment.  The odd thing was that, over the years the paint had become heavily faded.  However, the gun port looked exactly like new.  These pictures won’t really emphasize this since they were taken wide to get the whole jet in but you might just be able to make out the gun port. 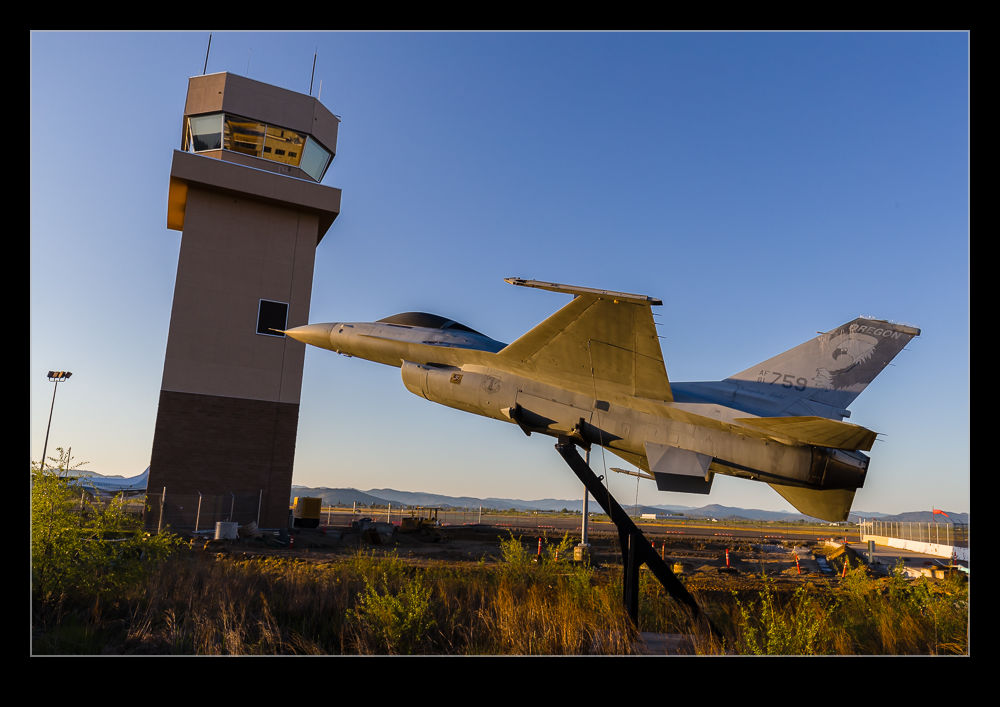