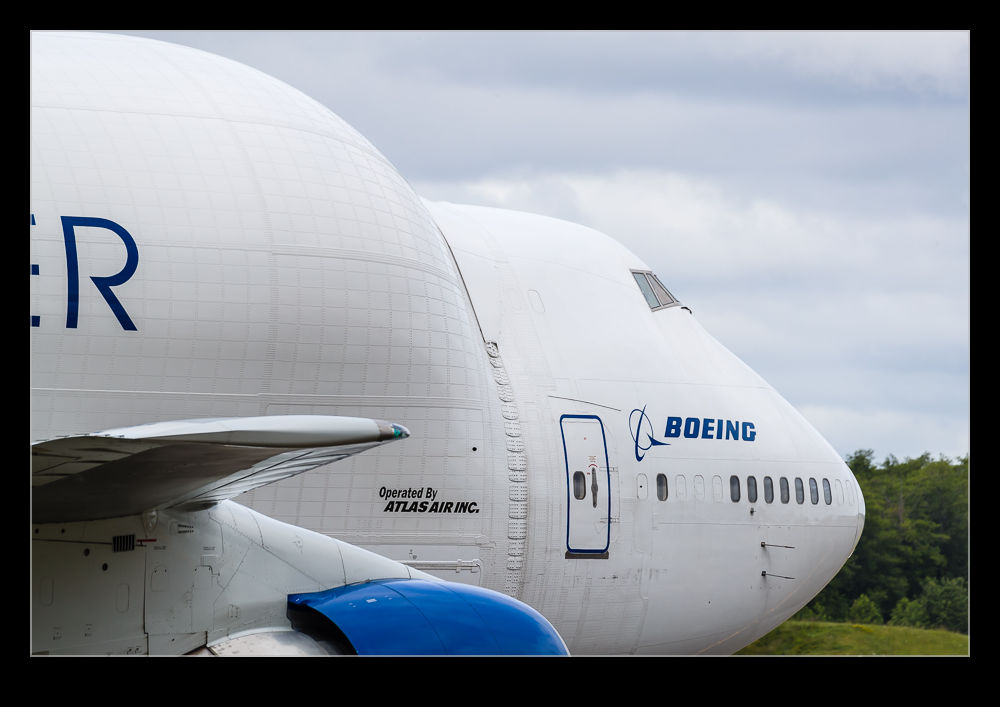 When planes are arriving at Paine Field from the north, I am usually up near Future of Flight.  However, I was down at the south end when a Dreamlifter came in.  They used the full length of the runway and turned on to the taxiway when they reached the end. This meant I got a good chance to shoot the plane from a place I had not done before.  The weather was overcast which actually helped to show some of the textures associated with the modifications that the base 747-400 had received. 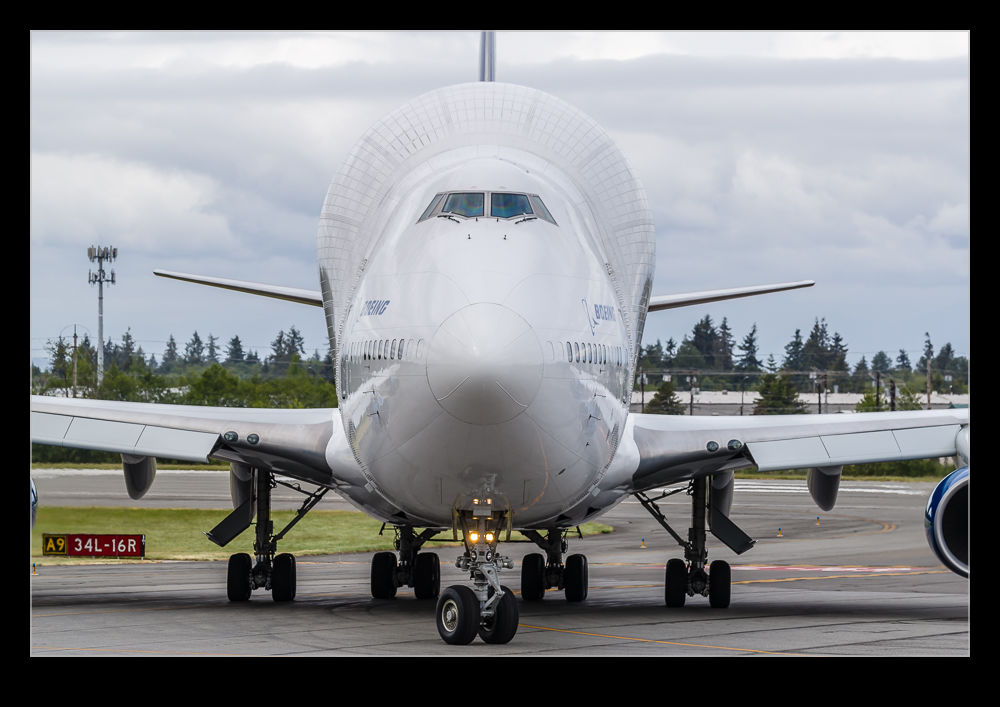 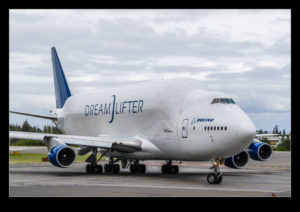 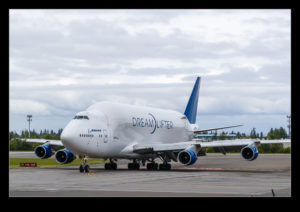