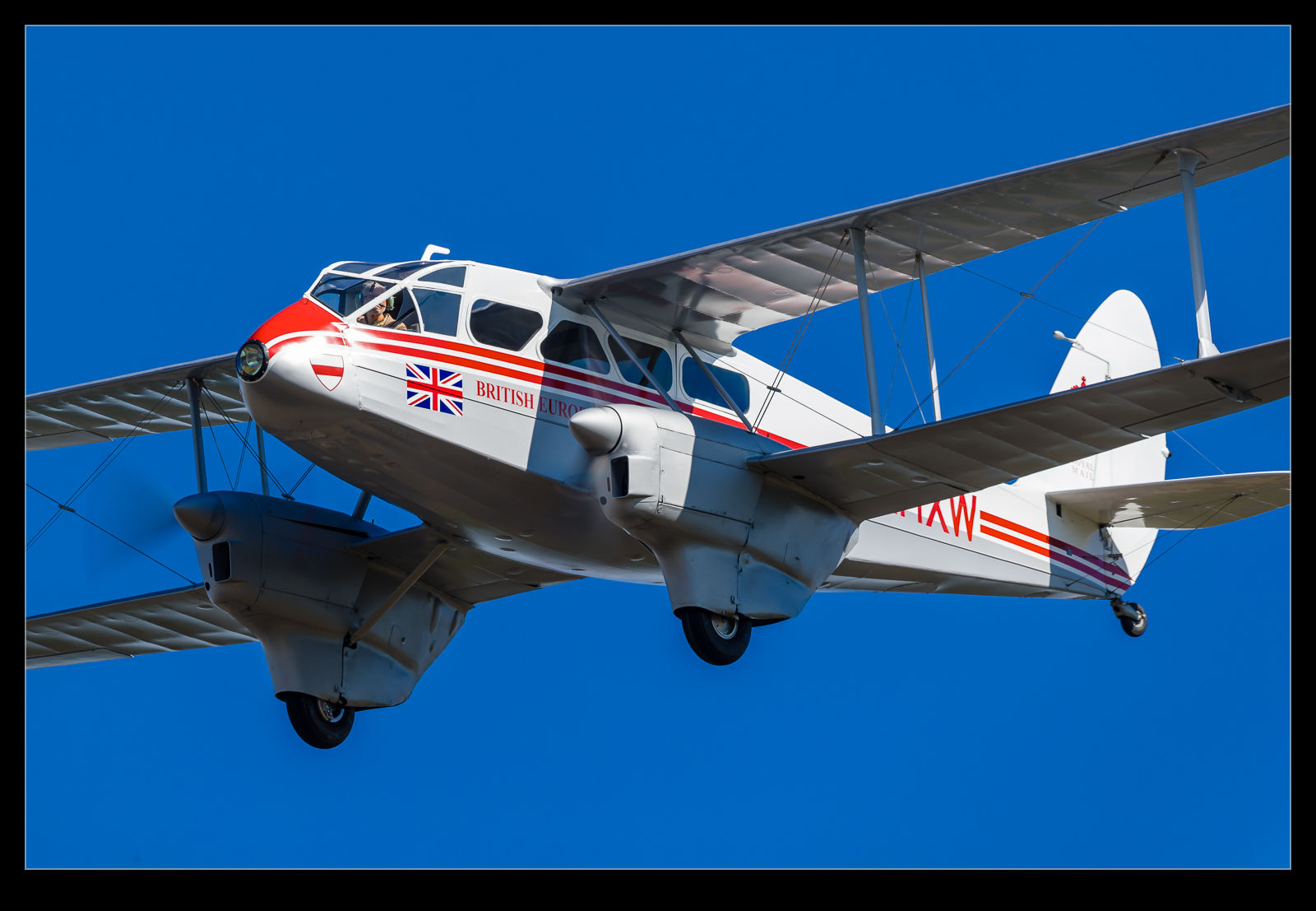 The first plane I ever flew in was a de Havilland Dragon Rapide.  It was at a small air show at Bembridge on the Isle of Wight when I was a small lad.  My Gran said I could have a ride in one of the planes.  There was an Islander which was the one I really hoped for.  It was six pounds for a ride while the Dragon Rapide was five pounds.  Gran didn’t have a lot of cash so the Rapide it was.  Now I am so happy that my first flight was in such a type. 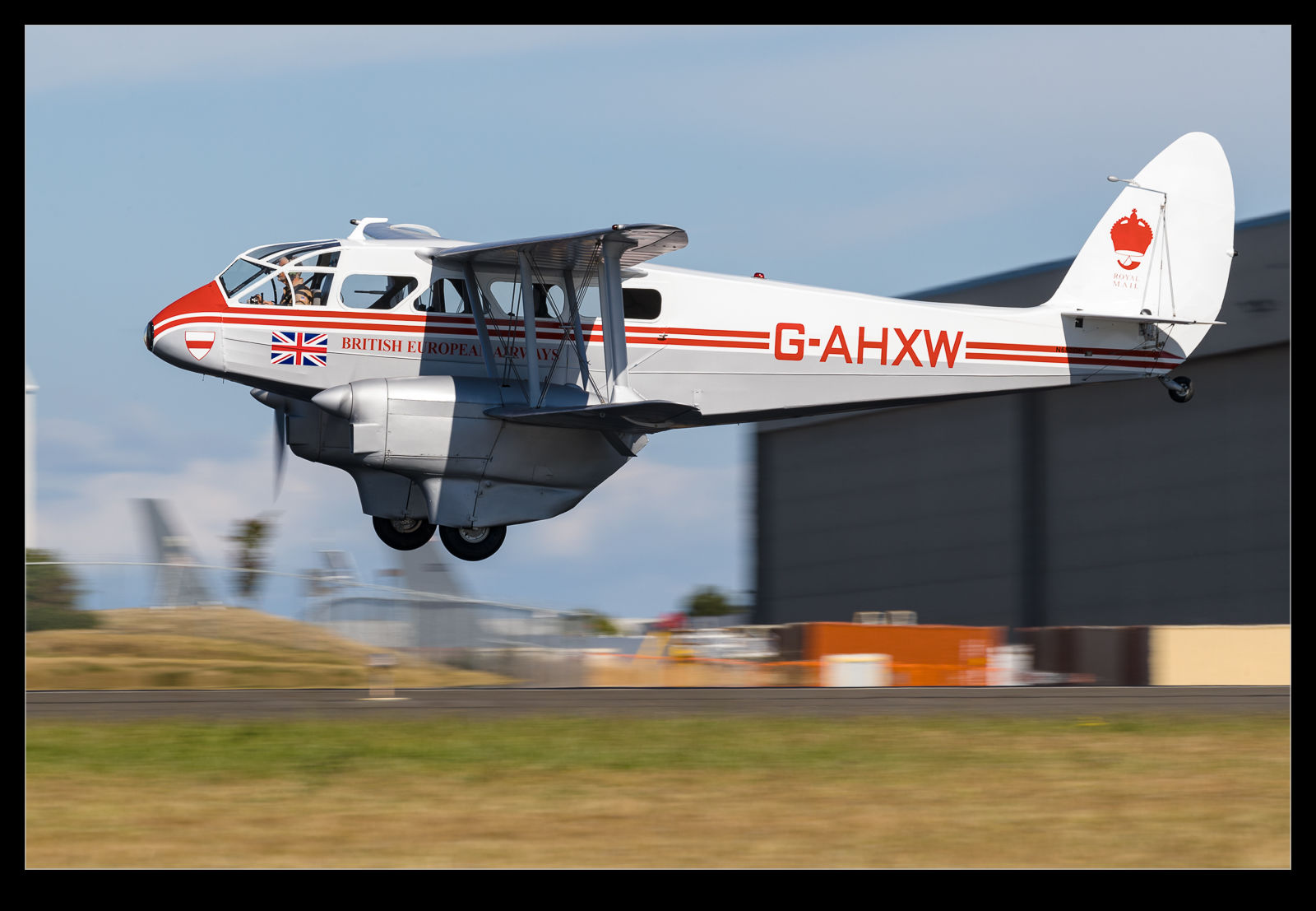 Consequently, I was a little excited to see one at Skyfair carrying out some pleasure flights.  It had recently been repainted in new colors and it flew some passes as well as the normal take offs and landings.  I got plenty of shots of it.  Now I am even more glad I did as the aircraft suffered an accident a few weeks later at Abbotsford.  A number of people were injured including its owner and pilot, John Sessions. 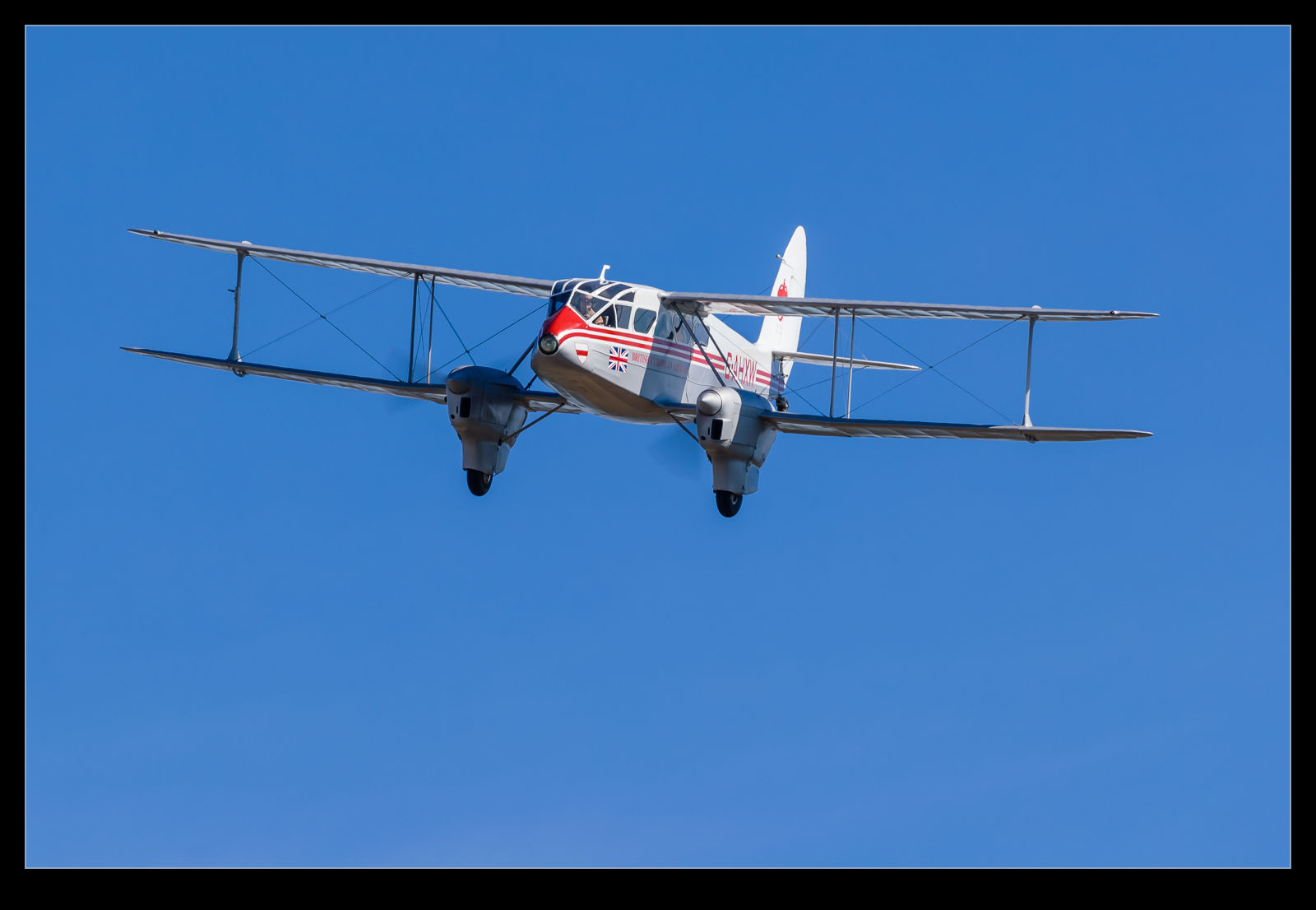 In some of my photos, it appears as if John is staring right at us.  The pilot position is right at the front of the aircraft and it quite exposed so it is no surprise that John was one of those injured in the accident since the cockpit appears to have taken the majority of the punishment.  I wish him and all of those involved a speedy recovery. 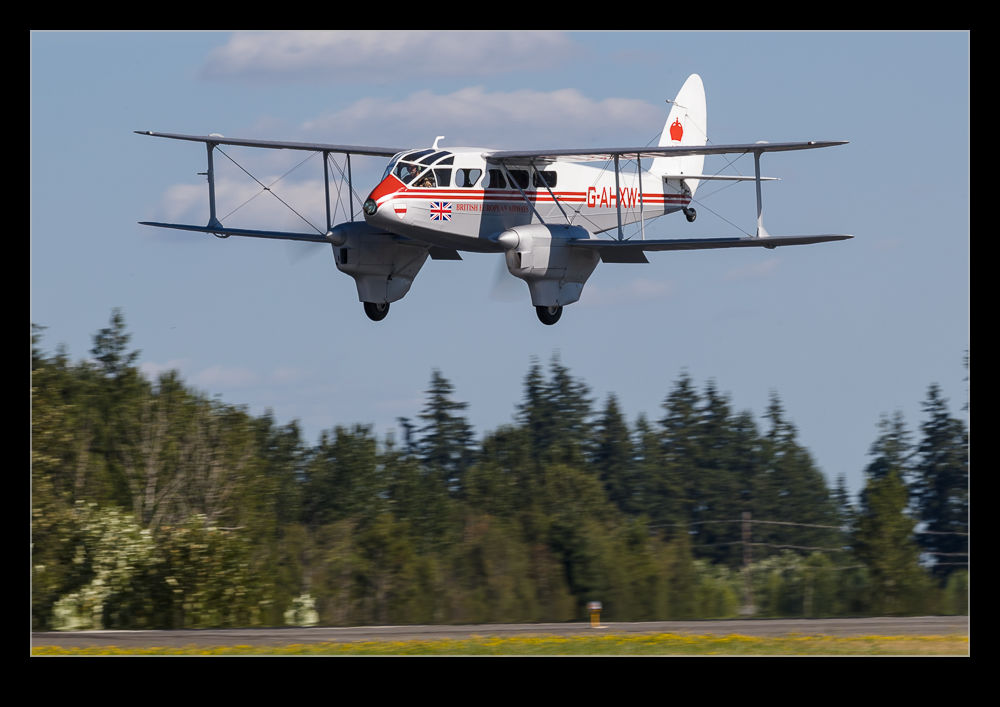