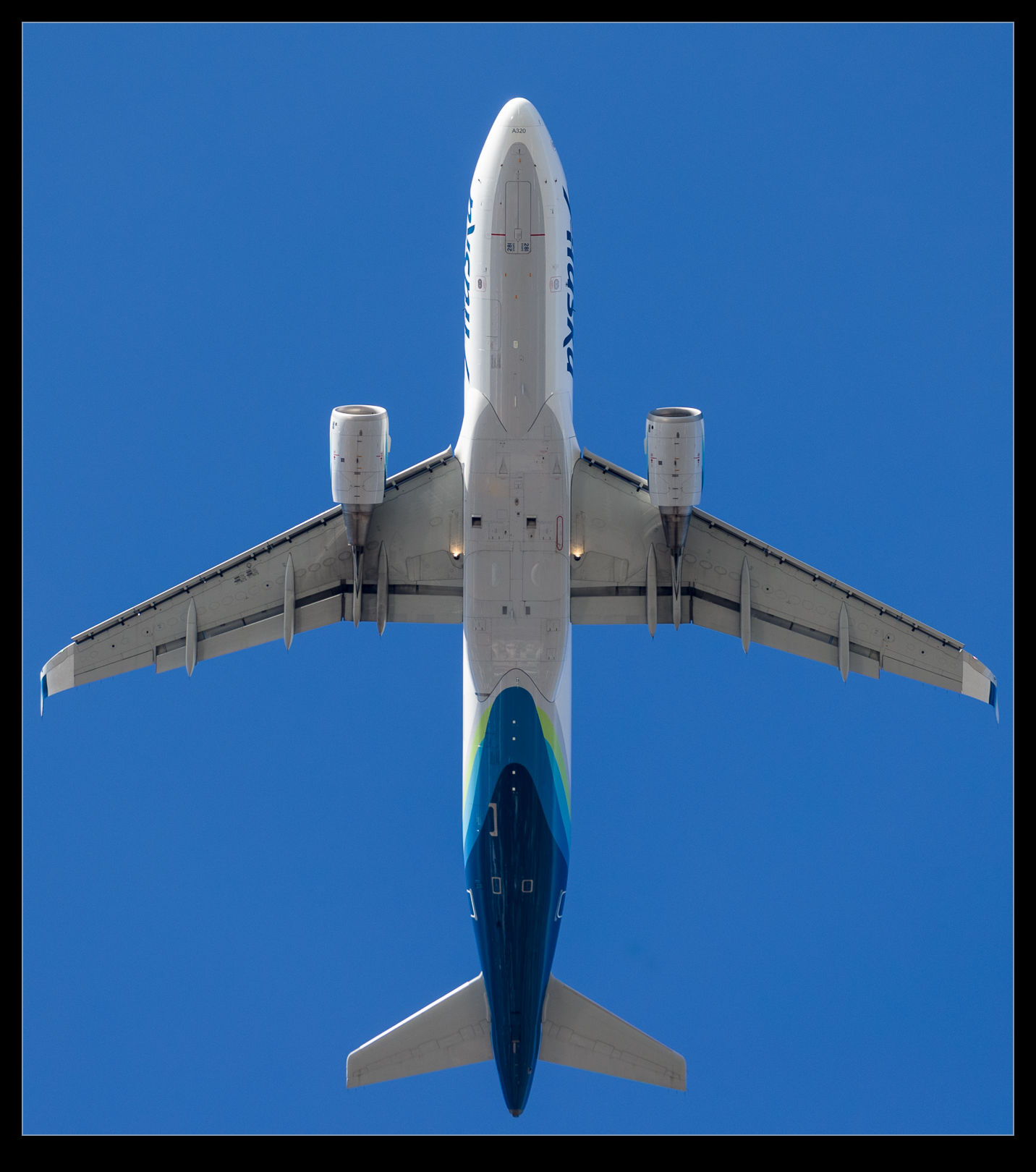 I did a little positioning to try and get a shot from directly under an airliner as it was making its approach to SeaTac.  I was out near Boeing Field so they were still reasonably high.  I managed to get myself right in alignment with the jet which, in this case, was an Alaska Airliners A320.  When I first saw the shot, I have to admit I thought it was an Embraer E175 but then I read the lettering under the nose and realized it was bigger than I thought.  I like the idea of a very different view of a familiar subject.