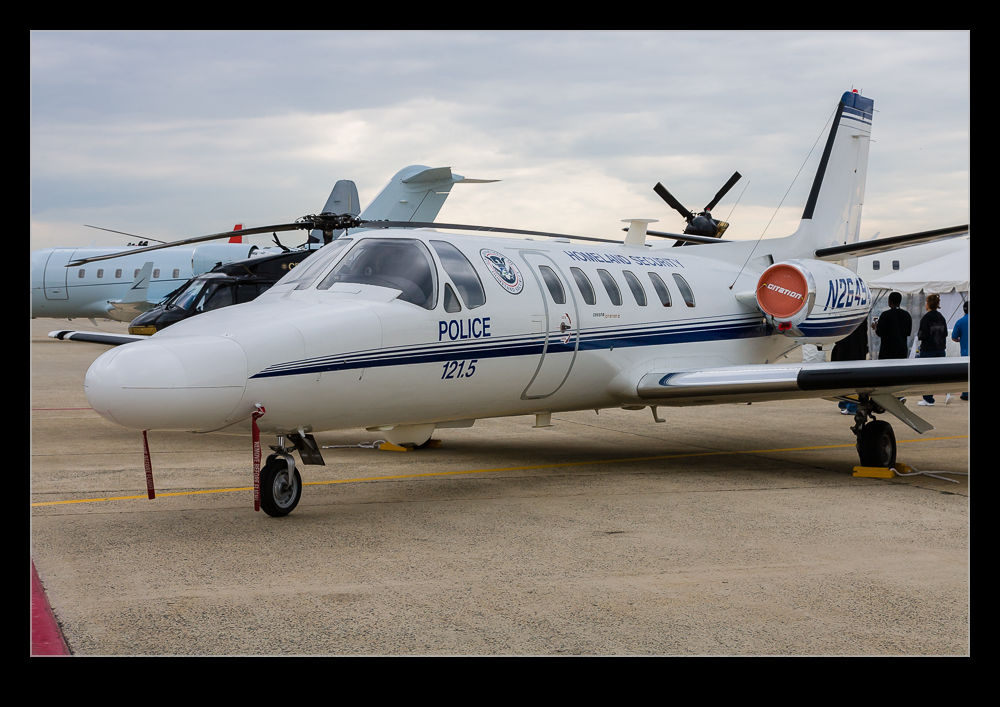 A buddy of mine recently photographed a Cessna Citation in Texas which, at the time, he didn’t pay too much attention to. Later, when he looked at the pictures he realized it had an unusual fairing mounted on it which we thought might be a radar of some sort. This triggered a memory for me of a Citation that I saw at Andrews AFB. This was operated by Homeland Security and included a modified nose with an air intercept radar. I don’t know which types it was but I seem to recall it might be a variant of the F-16s radar. Anyway, thinking of that made me dig out the original shot and here is the aircraft in question.