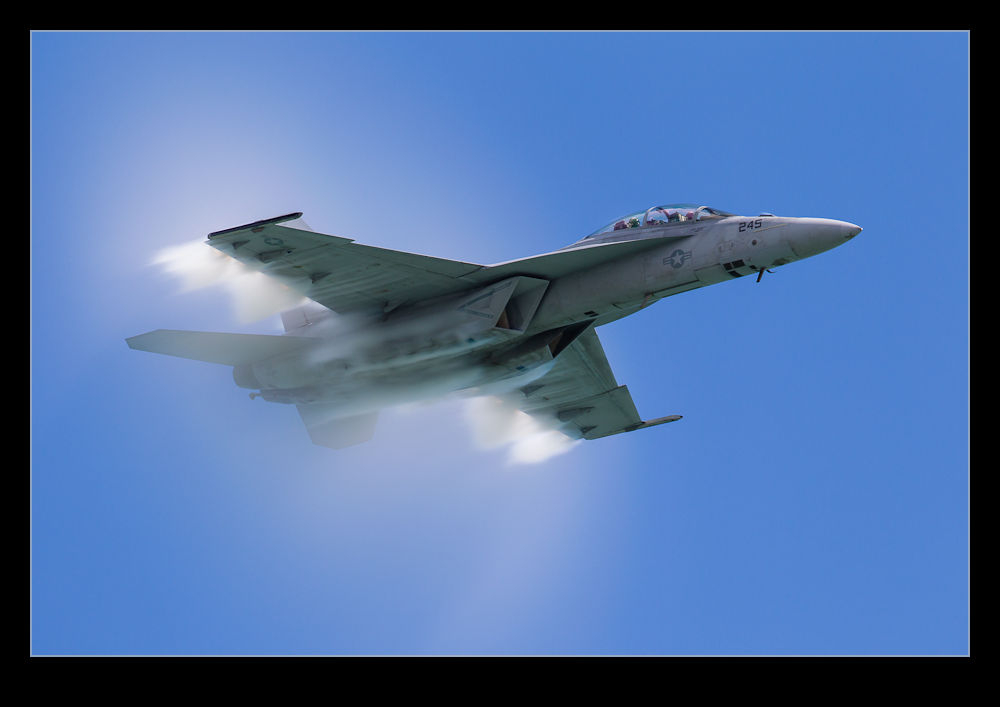 My reduced enthusiasm for air shows has cropped up in posts recently.  I mentioned it here not so long ago.  I also talked about it last year with regard to my “home” air show, the Chicago Air and Water Show.  I have been a bit reluctant to go to the show because it is very busy/crowded and the content of the show has been a bit reduced due to the lack of available performers. 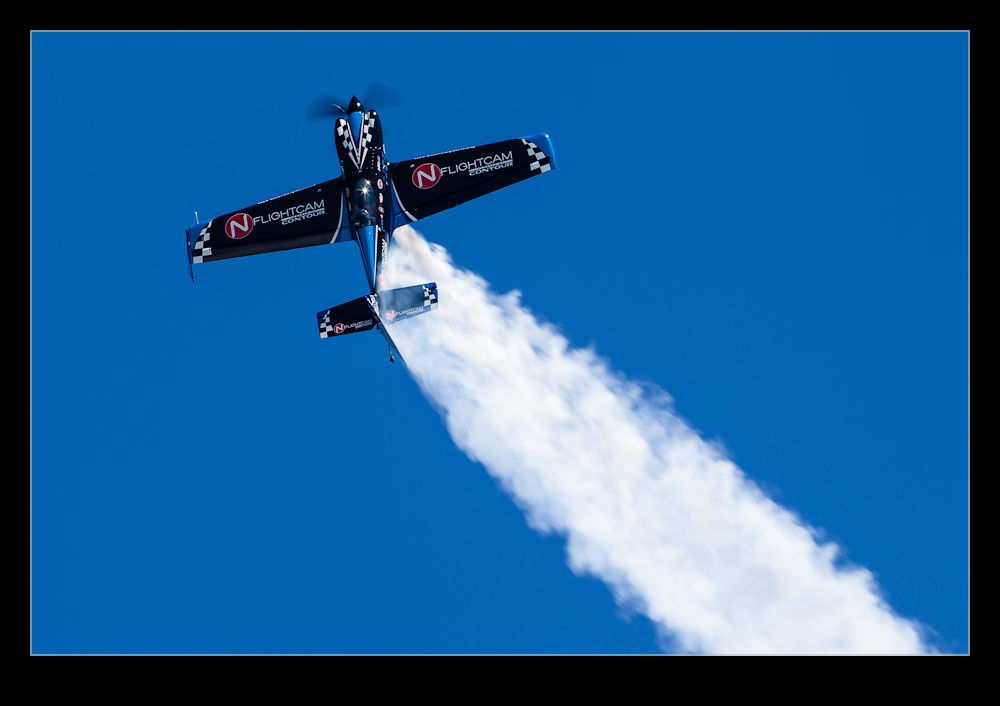 This year the show snuck up on me and suddenly it was here.  I had kept my calendar clear on the Friday before the show because I like to go to the practice day.  Not only do you get a full show (usually) but there are a lot less people there.  You can even get bonuses with the headlining team (either the Blue Angels or the Thunderbirds) tagging on a few extra practice moves at the end as they tighten up their performance.  For some reason the Friday also seems to be more lucky with the weather.  This year I figured I would follow the pattern and go then and avoid the busy weekend performances. 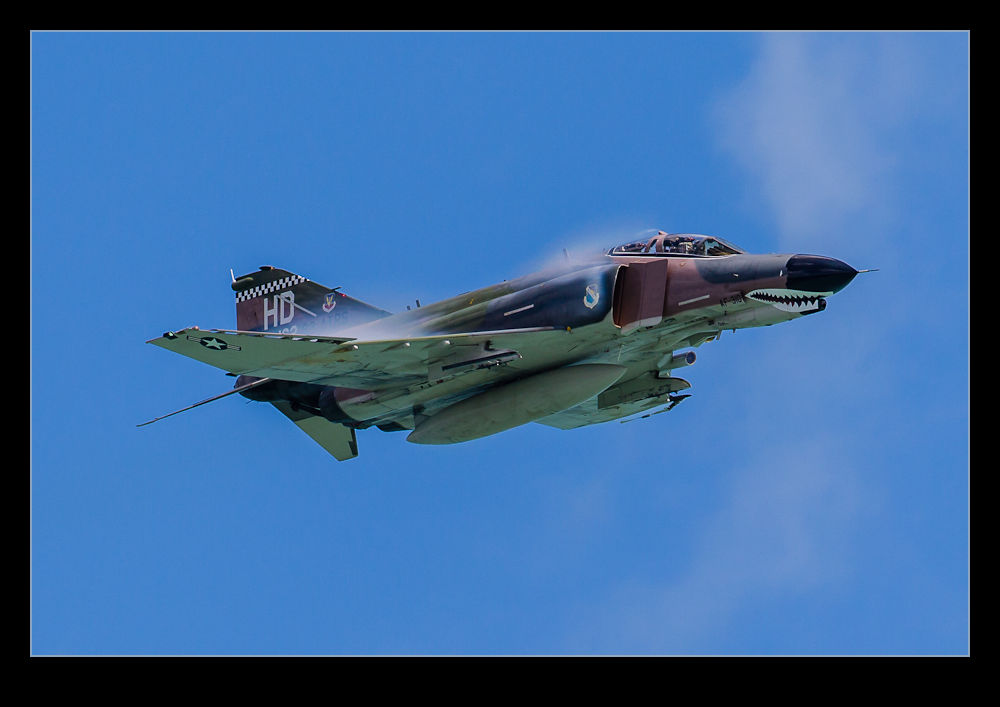 The plan turned out to be a really good one.  The air temperature was about 70F but the skies were clear blue.  There was even a hint of moisture in the air earlier in the day which would prove beneficial!  They have moved the show an hour earlier compared to years gone by.  I’m sure this has a number of benefits for the organizers and getting people in and out.  However, the light is a little harsh earlier in the day until it comes around behind the crowds so starting earlier reduces the time for good light.  However, you can still make that work if you plan your shooting. 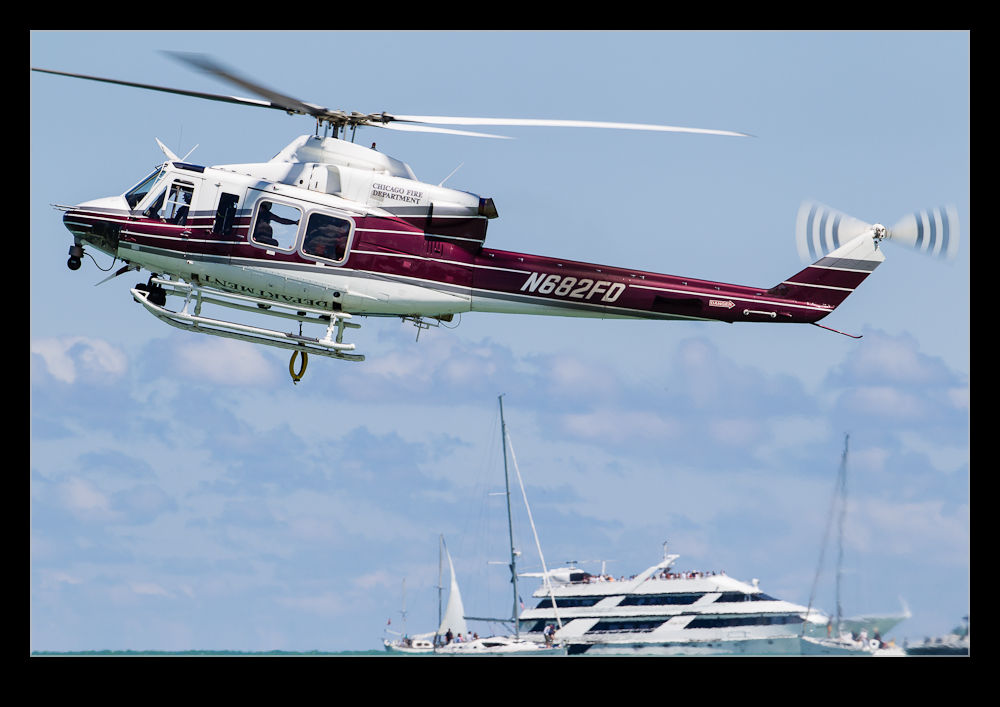 I met up with a bunch of familiar faces down on North Avenue Beach and we settled in for the show.  We had most of the main performers and a bonus with two Super Hornet displays.  Two crews cover the show, one flying each day.  However, they both get to practice on the Friday.  It is safe to say the first crew got high marks from us for the style of the display and for having it close enough to see.  The second crew seemed to be flying a very different display and were a lot further out.  The first crew also benefited from the humidity levels by dragging some clouds around with them throughout the show.  That helped their rating from us but they were clearly better on the day. 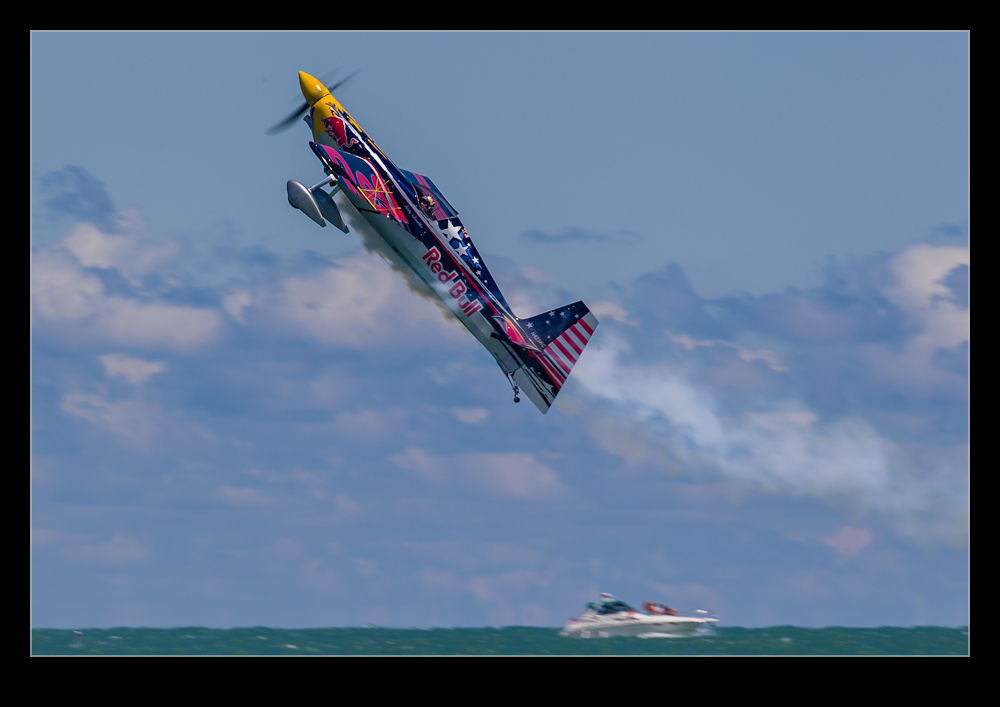 A lot of familiar acts were displaying but I got to see some I haven’t seen much of.  Kirby Chambliss put on an excellent display I thought.  All of the pilots are good but sometimes you see someone and just instantly recognize that they are a cut above the norm.  Kirby fitted that description. 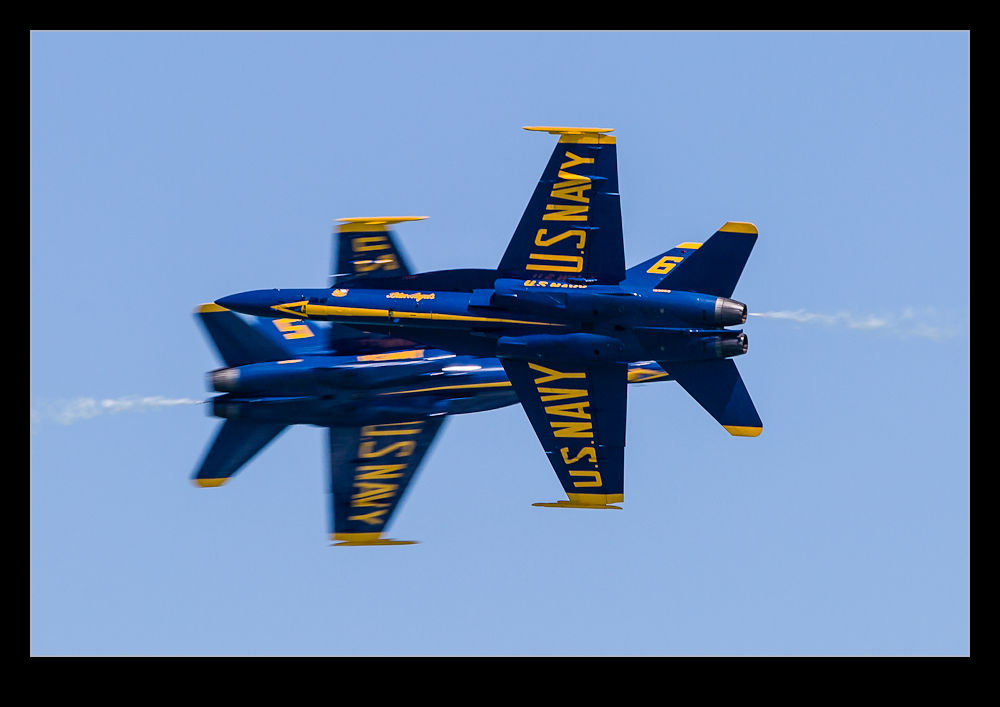 The Blues were the headlining act this year and they performed pretty well.  Most of the display looked slick with the one glaring issue being the poor timing of the sneak passes.  The four ship had been long gone by the time the solos arrived so people had plenty of time to see them coming.  It was practice day so hopefully they fixed that on the real days.  I didn’t see Saturday but was at home on Sunday to watch them come through the downtown as they repositioned.  I did see that four was instead three on Sunday so I guess a jet or a pilot was sick – don’t know which. 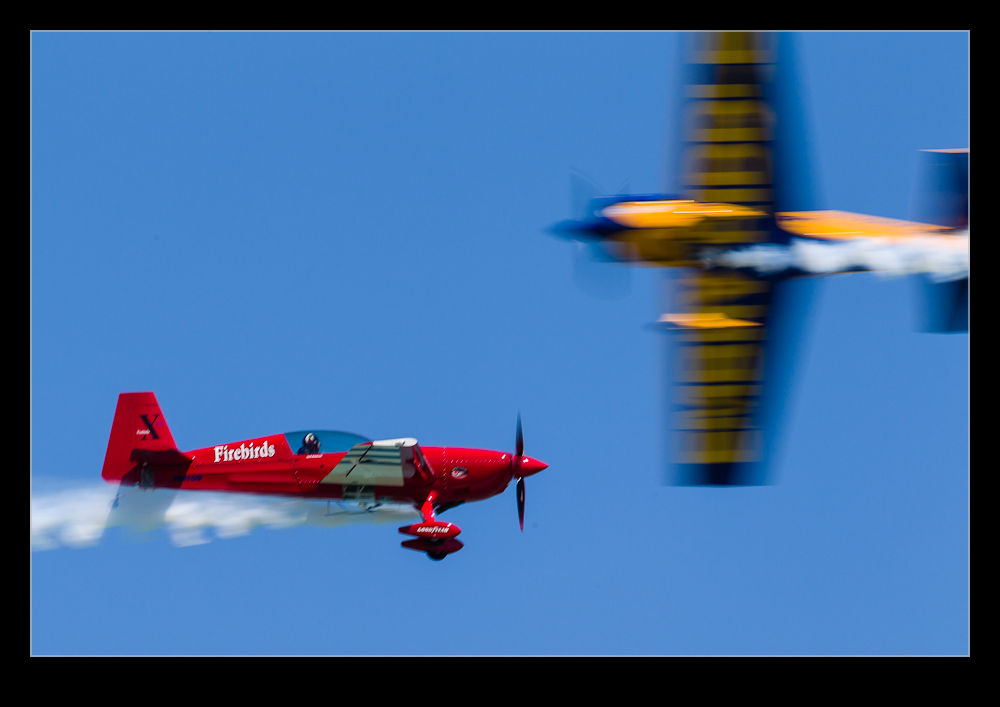 With the combination of the great weather, the good friends and some excellent flying, I had one of my best air show experiences in a long time.  This might be my last Air and Water Show so, if that proves to be the case, at least I will have gone out on a high. 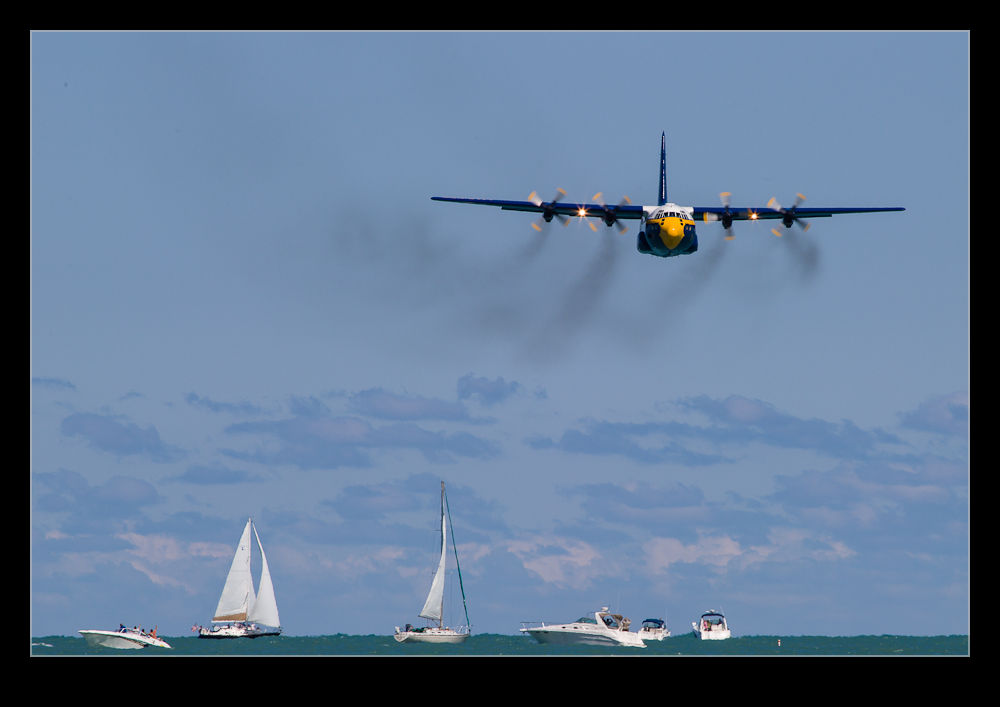