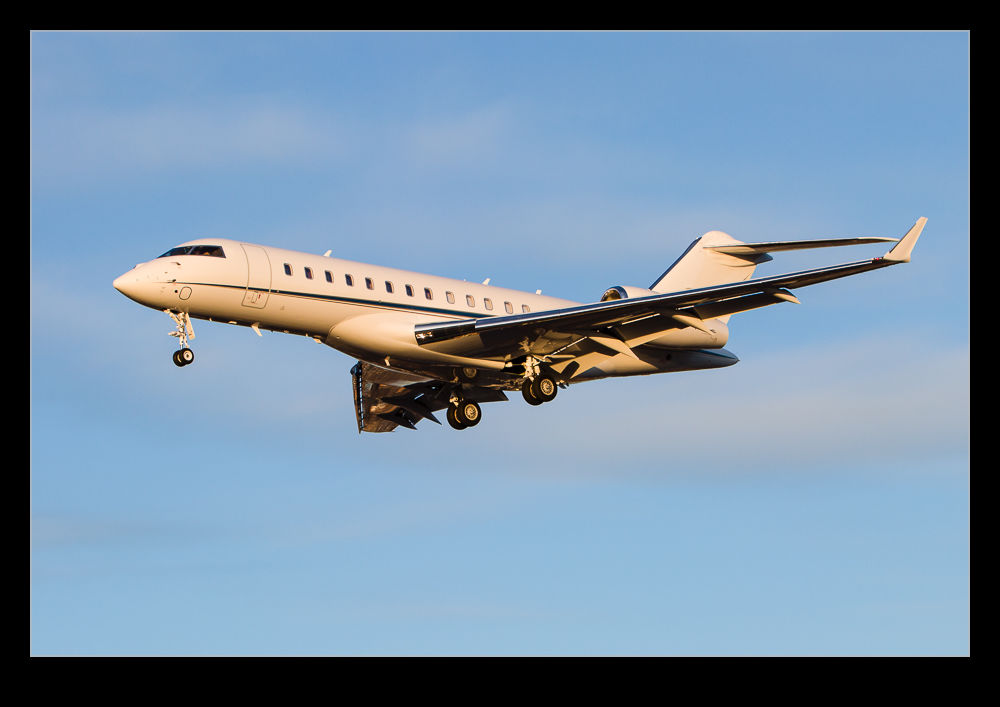 Today is another tale of chasing a plane. As with my quest for a JetStar, this is another business jet that I wanted to shoot. Gulfstream’s latest product is the G650. It has not had a trouble free development program but finally has achieved certification and deliveries are starting. Since most jets go to completion centers to be fitted out, actual in service jets are still relatively uncommon. One of them came to Midway recently and I decided to try and get some shots of it. 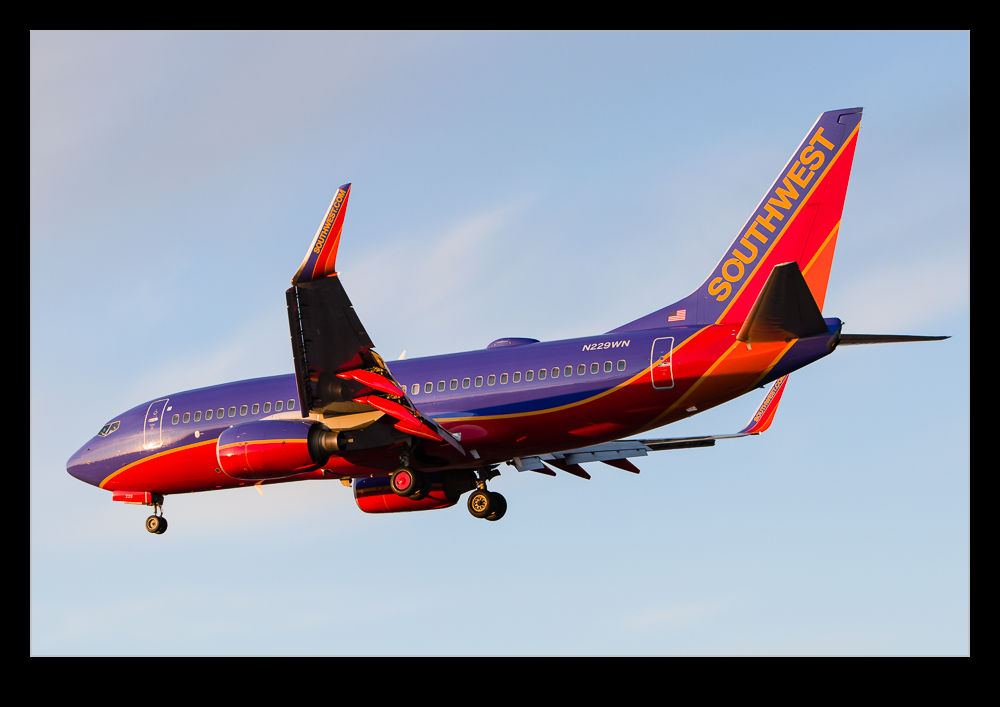 It was originally due to arrive a little while before sunset. Since it was a cold but clear day, this presented an excellent opportunity to, not only get the shot but, get it in very attractive light. It was is that convinced me to go in the first place. However, I was aware of the chances of arrival slipping and the jet turning up after sunset. I got to Midway in good time and was lucky to be there in time for a nice Global Express arriving. Was this the battle of the big jets? However, the 650 had been delayed leaving and was now scheduled to arrive at sunset. Given that the forecast arrival times is usually a little optimistic, I realized that things weren’t going to work out perfectly. 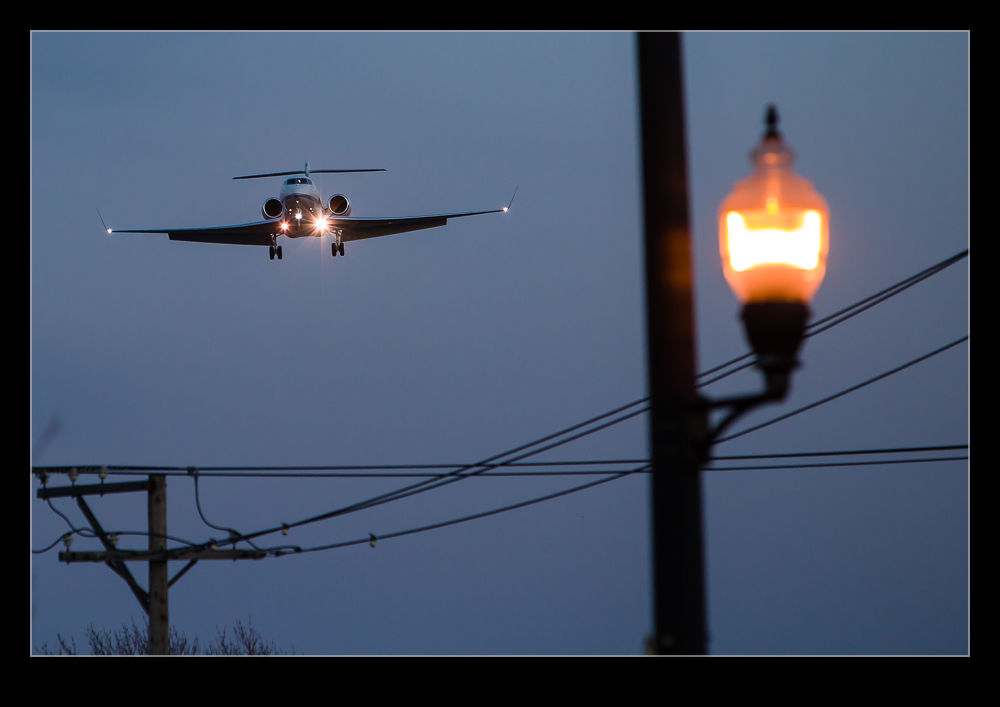 Sadly, the lovely light disappeared and then the 650 called up on approach. There was still light enough to get some shots but not those that were what I had hoped for. However, in time to come, the 650 will become a lot more common so I guess I will get one in better conditions before too long. 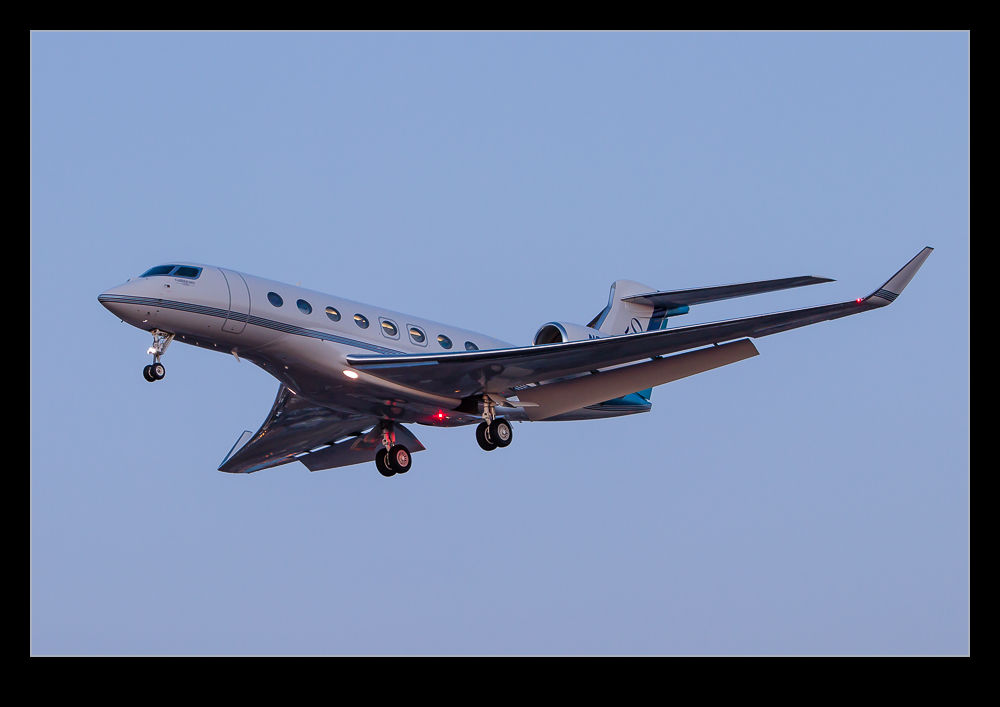