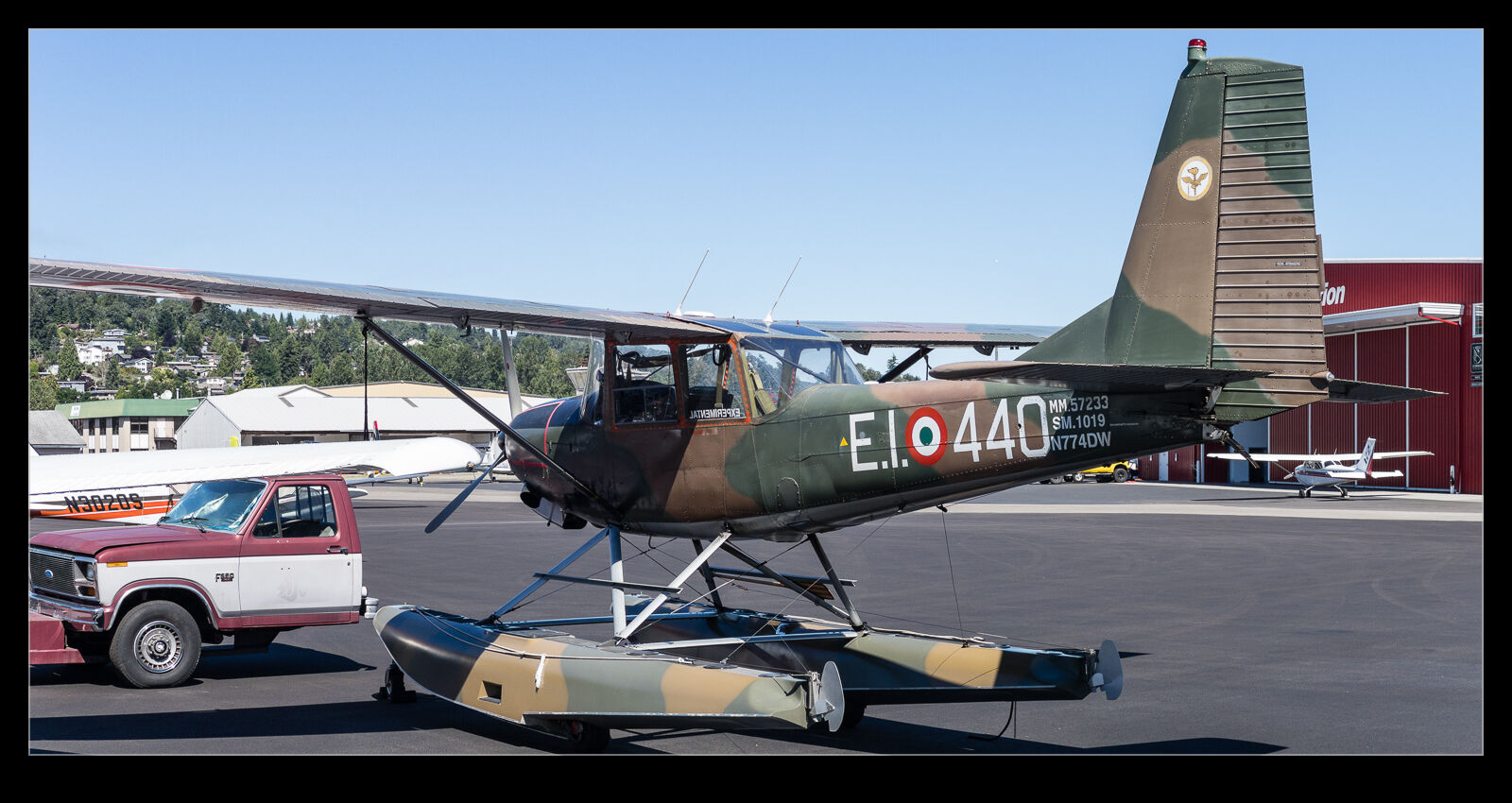 While driving around the back of Renton, I saw this nice floatplane.  It is a SIAI Marchetti 1019 – a utility aircraft with a turboprop powerplant.  Based on the Cessna O-1 Bird Dog, it had a decent military career and now plenty of them have found their way into civilian hands.  A short while later, I saw pictures of this airframe at Oshkosh for the annual EAA gathering.  Our paths were to cross again, though, when it showed up at Boeing Field, making an approach to the short runway.  A bit further away than ideal but definitely cool to catch it again. 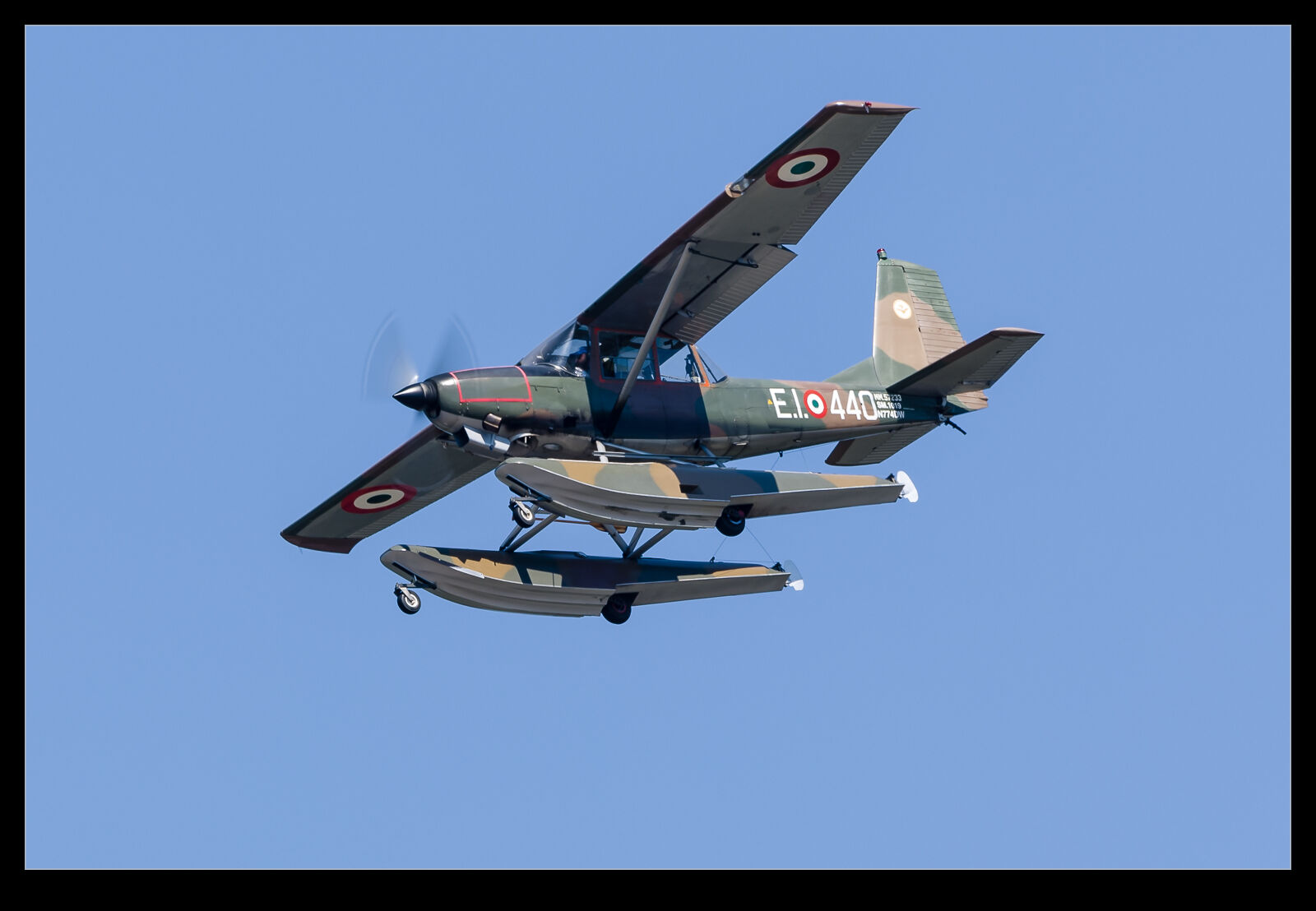 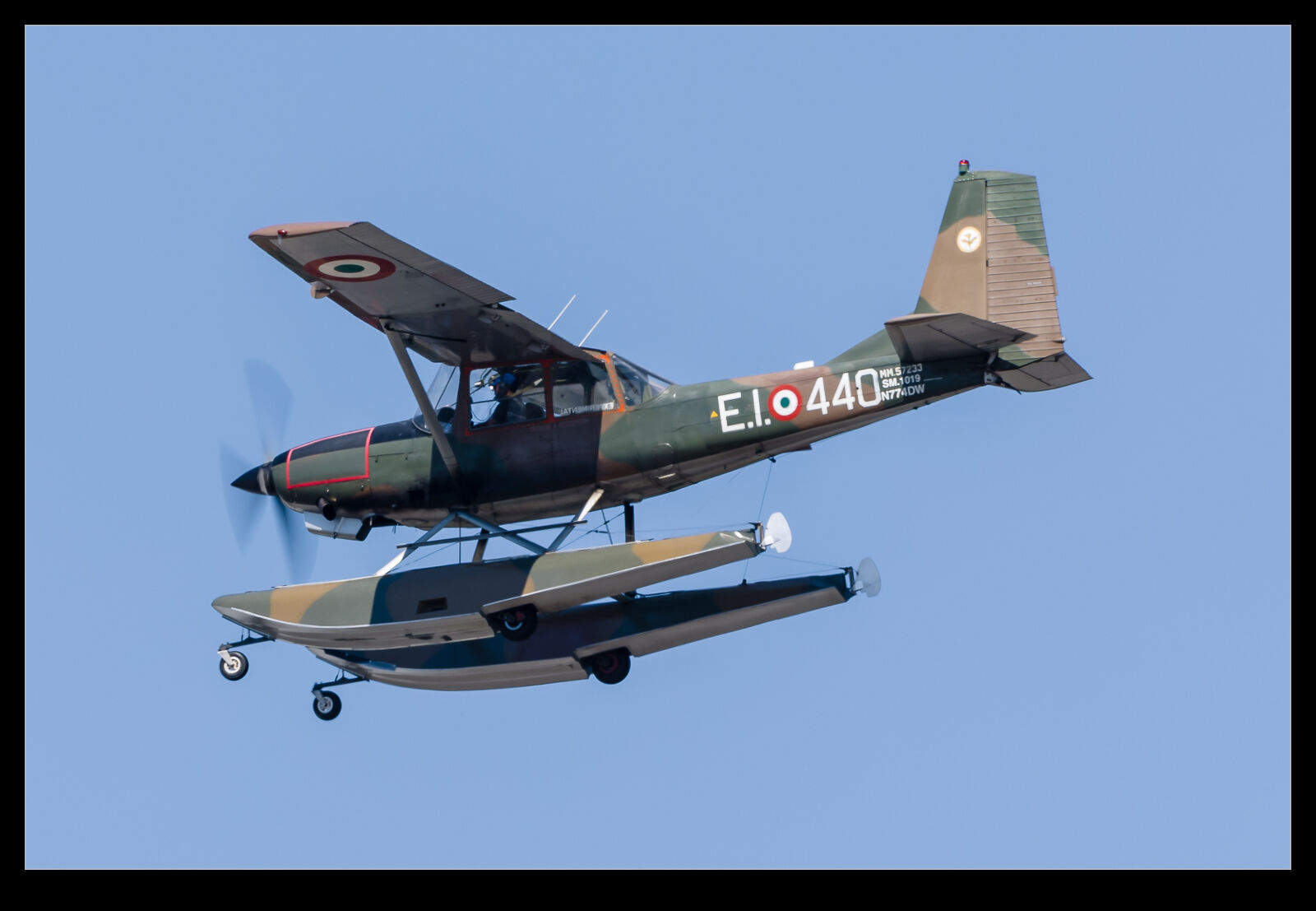