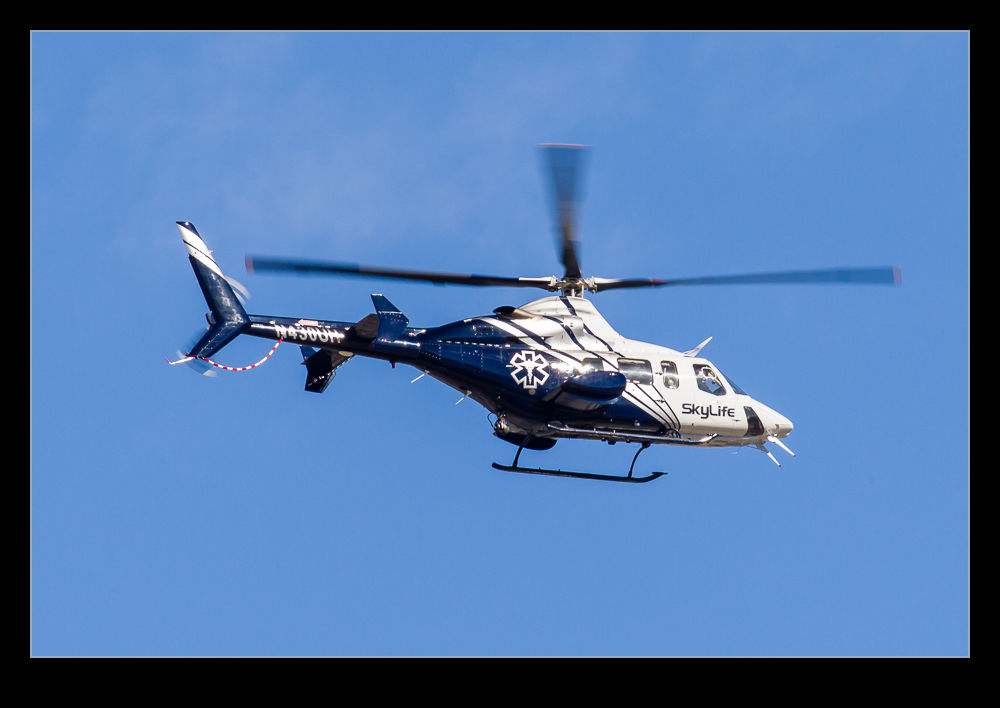 If you watched Airwolf many years ago, you would be familiar with the Bell 222 helicopter. It is a sleek looking machine and one that gave the impression of being powerful. Consequently, I have always been pleased to see one. Bell have taken the airframe and made some updates. The result is the Bell 430 and I saw one recently at San Jose. The addition of a four blade rotor to replace the two blade system is a good change. While it doesn’t have the thwack sound of the old rotor, it provides a cool sound of its own.

The replacement of the retractable gear with the skids, though, it’s not a cool update. The retractable gear helped make the airframe look so purposeful and the skids really hurt the lines. For me, it is a combination of a hit and a miss with these changes. No doubt there are many more subtle improvements that have been made but, overall, I still think the 222 is cooler.