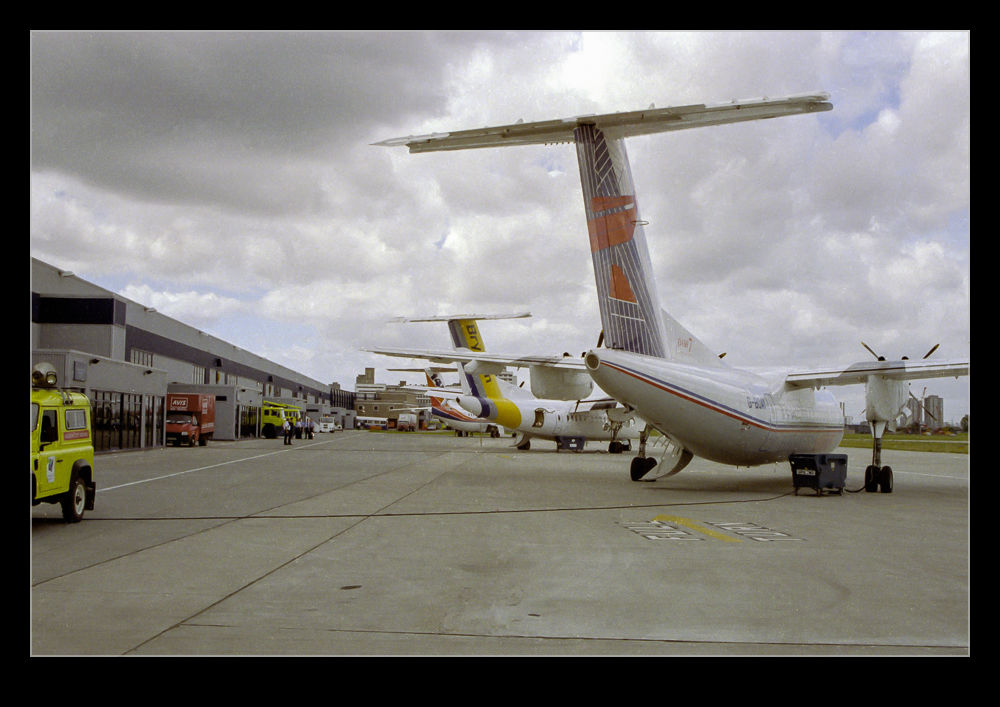 In my youth I had one of the coolest jobs I have ever had. I spent a summer working for the Civil Aviation Authority (CAA) in London as part of their noise measuring unit. I spent a lot of time traveling to various different airfields to make noise measurements of the air traffic. I often took a camera along with me on these jaunts. 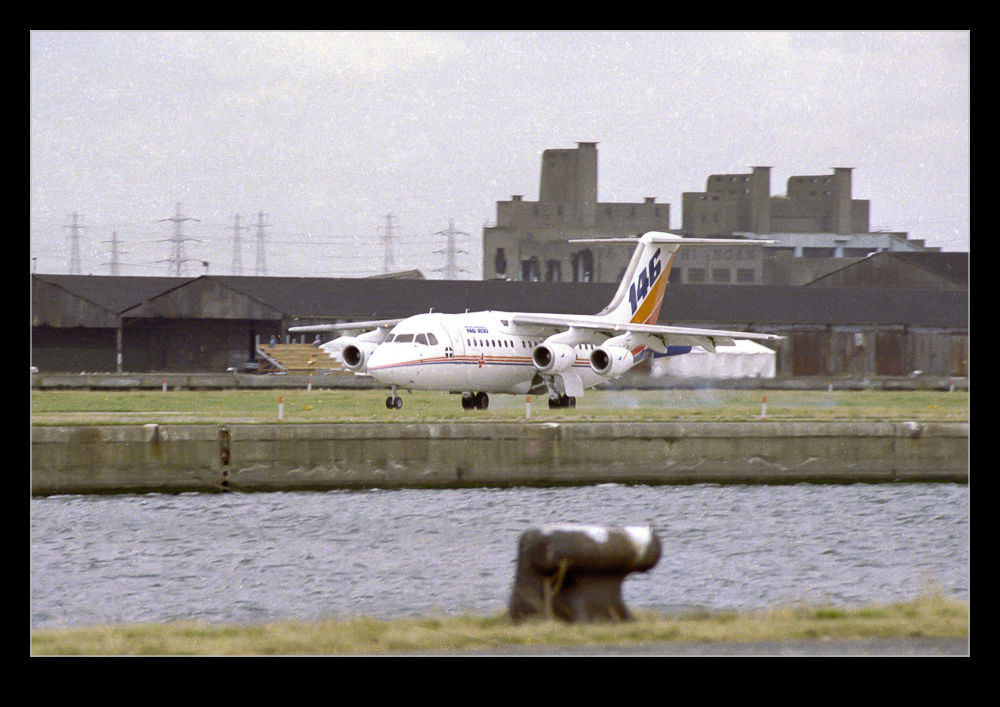 One trip was some weekend working – overtime! At that time, London City Airport was relatively new and was a turboprop only airport being served by Dash 7s, principally of Brymon Airways. Very different from its current role, it was still a relatively new airport with a shorter runway.  There was a lot of interest in adding jet service to the airport with the BAe146 seen as the type that could meet the requirements of the glideslope as well as concerns about noise. This is where we come in! 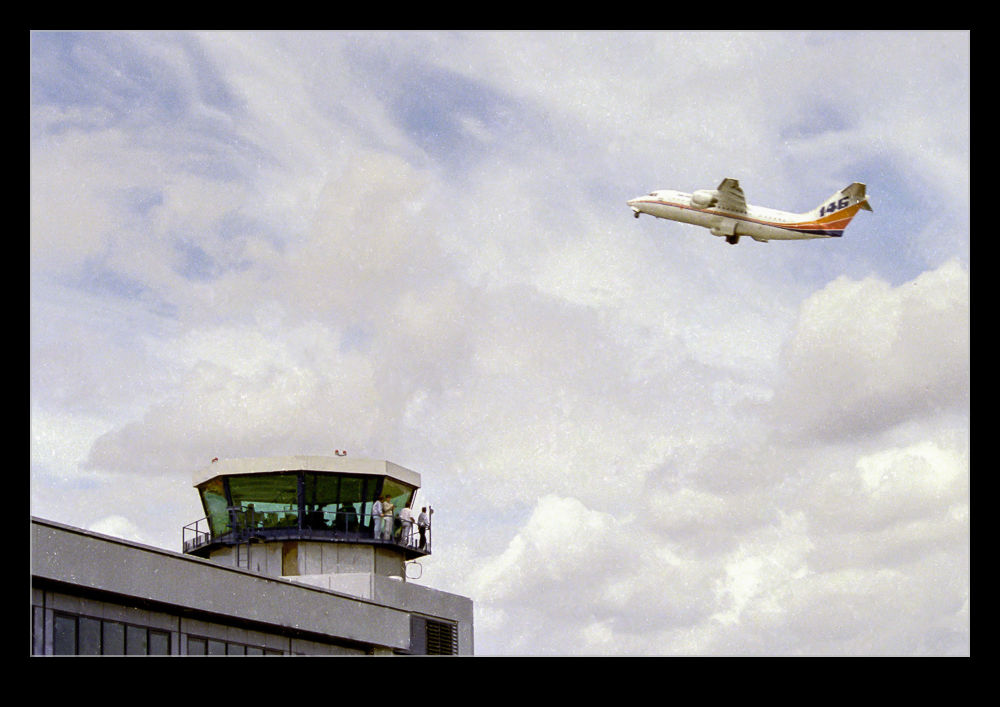 A demonstration was set up one weekend with a couple of 146s operating from the airport. We were there to take some noise readings to compare them to the turboprops. (As an aside, I felt the noise from the Dash 7s was far more intrusive, even if the readings were actually lower than for the jets.) We went along with our noise measuring gear and took a bunch of readings. There was a period during the day when the flying wasn’t taking place and we were allowed to go to the airport to get fed. Since we had CAA passes, we also got to head on to the ramp. 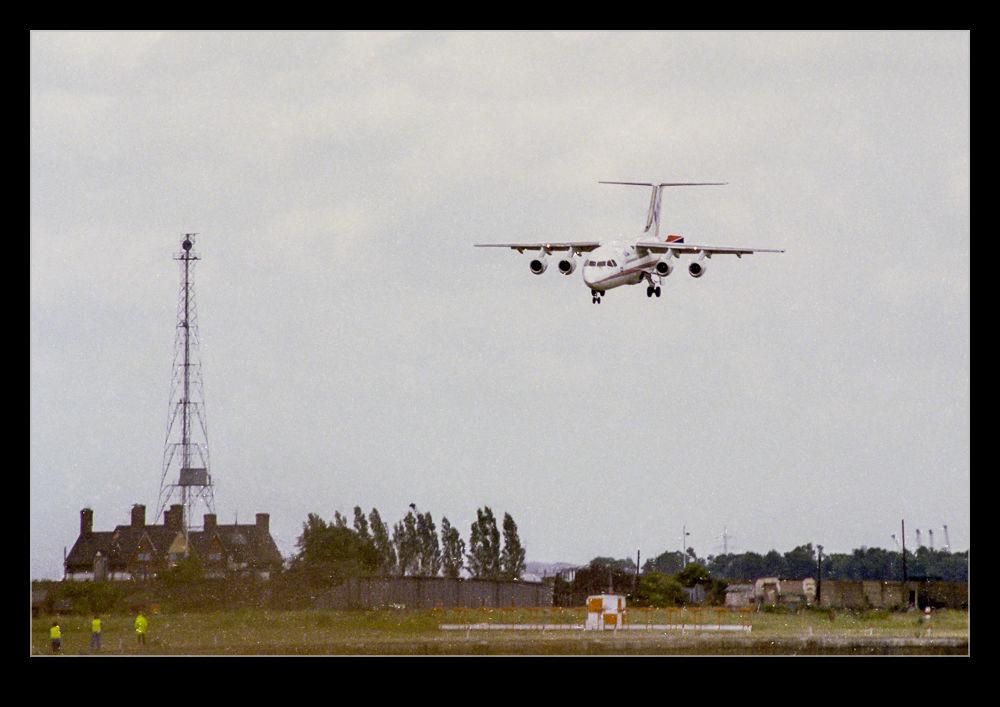 These shots are what I got that day. Nothing too impressive as tends to be the case for my old stuff.  The original scans showed up a lot of damage to the negatives which required much time in Photoshop to take out the worst of it.  Still not the cleanest of images but a day that won’t be repeated which is enough to justify a post and a chance to share an old experience. 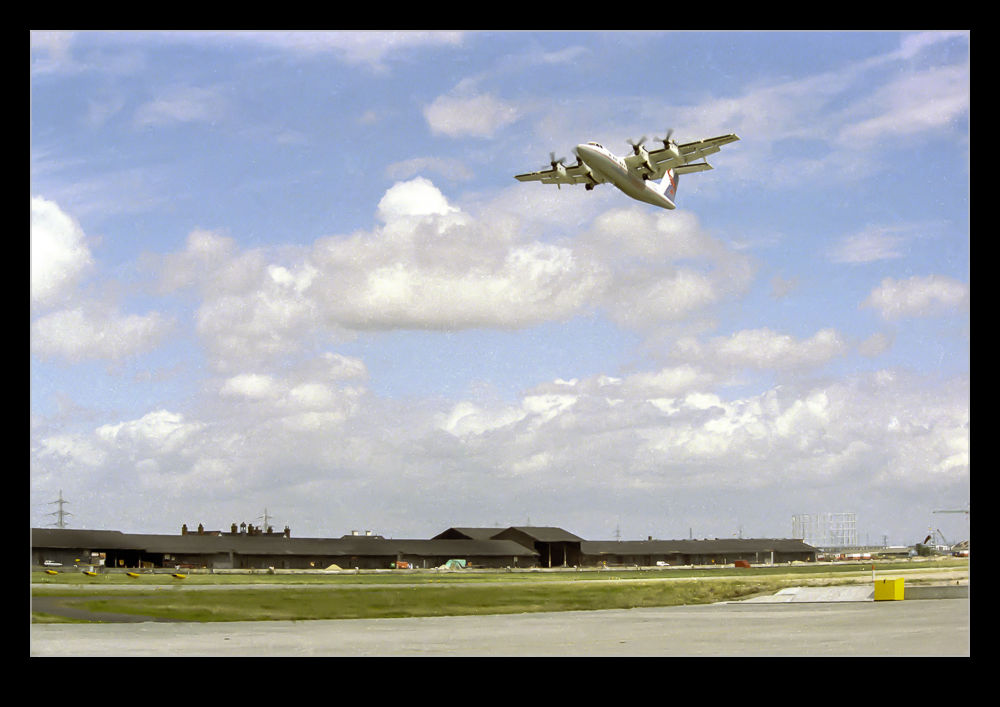 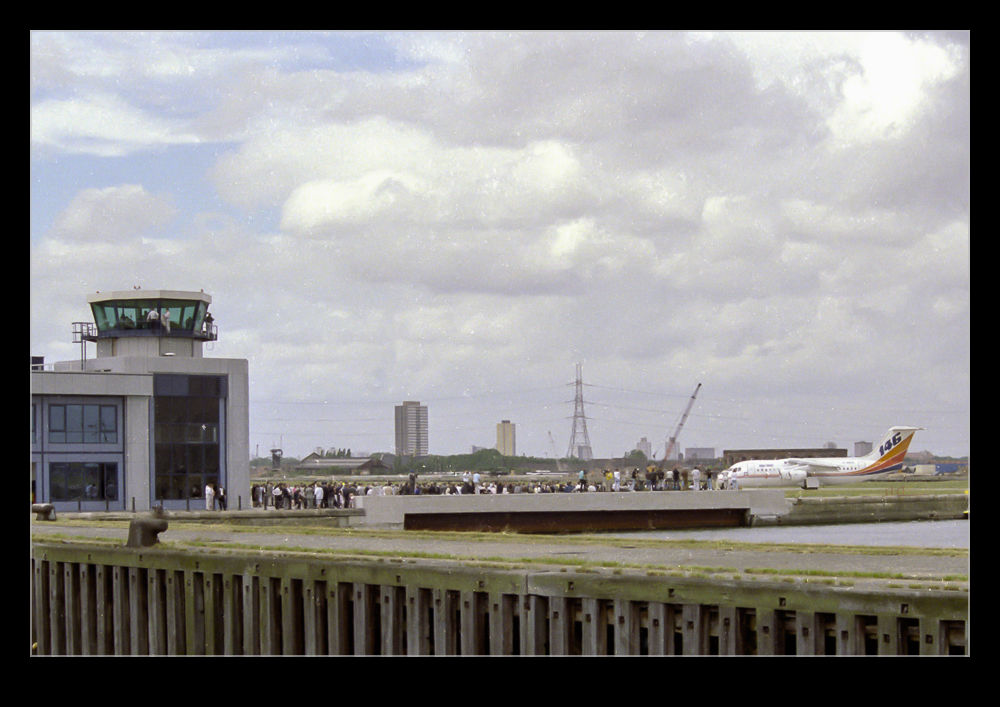