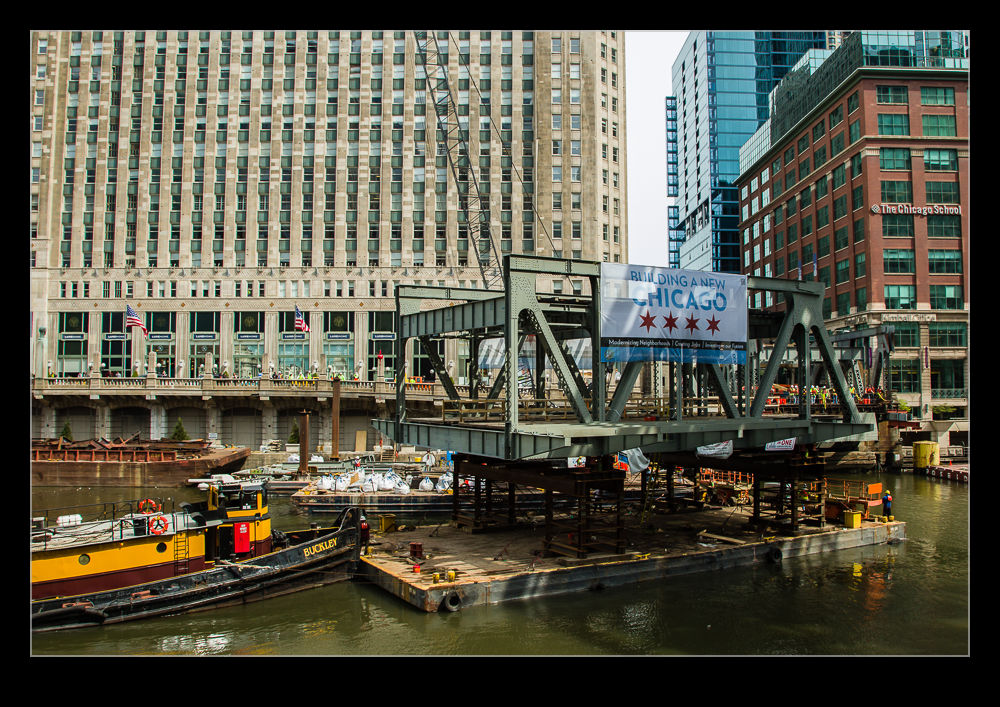 You should have seen the video of the move by now.  The effort to float the new span into place was pretty impressive.  The joints are a tight tolerance to be met but you are moving a large barge with a tug to get them there and those are not the most subtle of tools.  however, a combination of the big pushes from the tug and putting lines on to the other moored barges allowed the team to carefully control the position of the barge and get the span in to place. 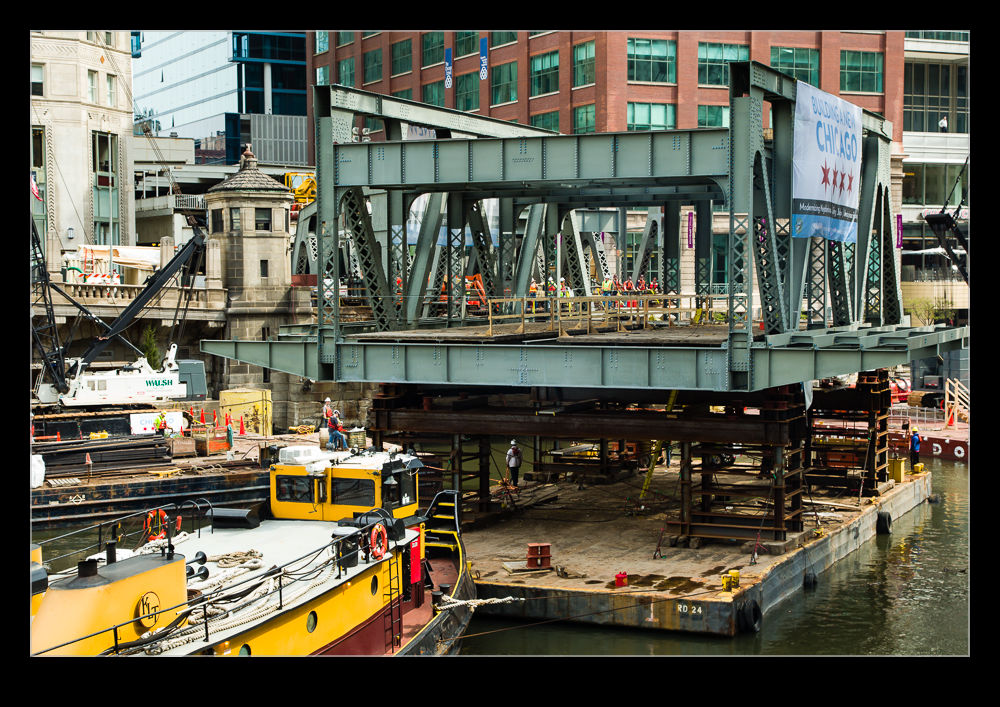 This was a popular thing.  It happened mid morning on a sunny day so plenty of people came out to see it.  TV crews were running around near me filming it and I was trying to get along the river to get different angles while still having the time lapse running in one spot (and hopefully nobody stealing the camera on the tripod while I am not looking).  The TV camera operator I was chatting to was a lot of fun.  They had been told to come out but not told too much.  However, they were glad to be watching something fun rather than filming the less happy sides of city news. 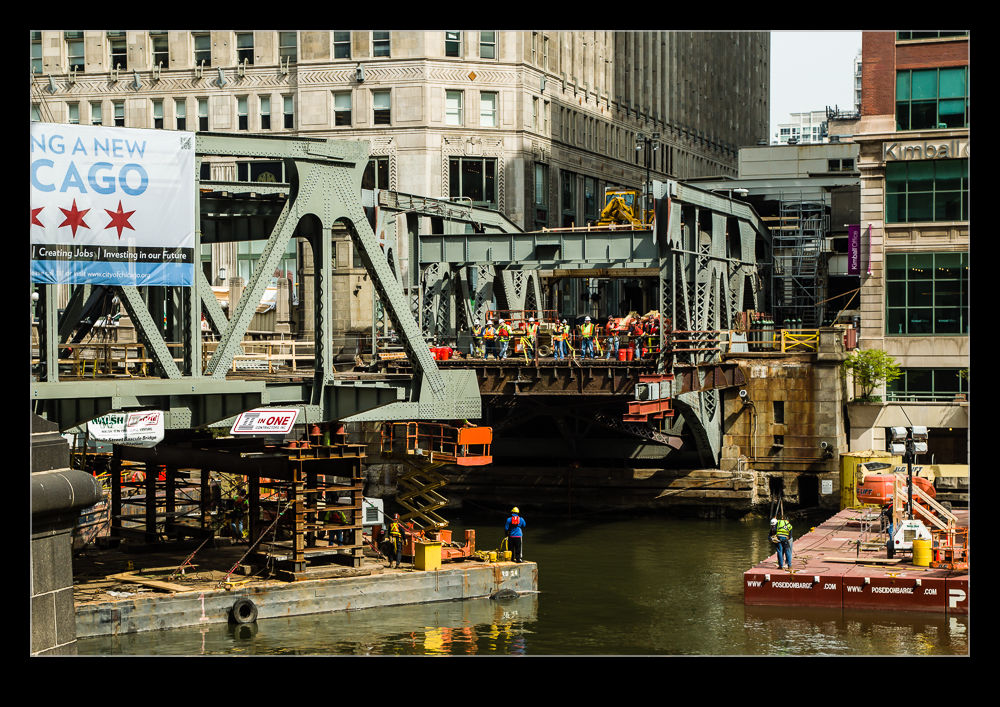 With the barge in place, the crews got to work attaching the span.  The first task was the bolt the lower spar in to place.  The crews were climbing over these area getting the bolts in place.  There seemed to be a large contingent of people standing watching this happen.  Far more seemed to be watching rather actually doing anything at this point but I imagine a fair number of city people wanted to see such a high profile job get done. 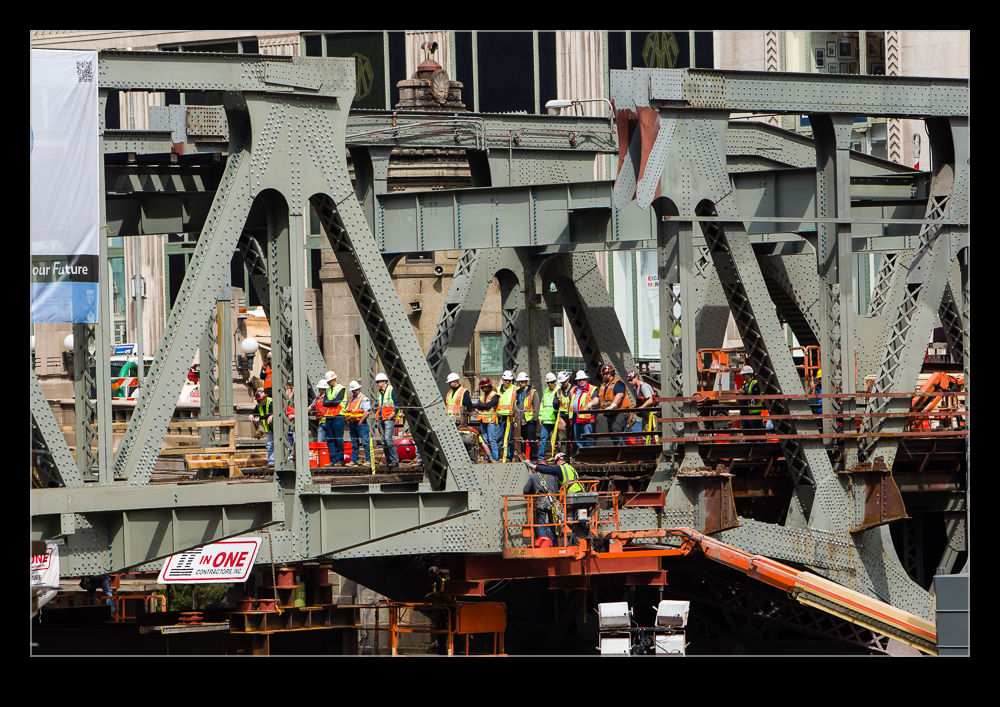 The last step would be to put the remaining structure in place to complete the truss.  That had to be done so the span could then support itself. 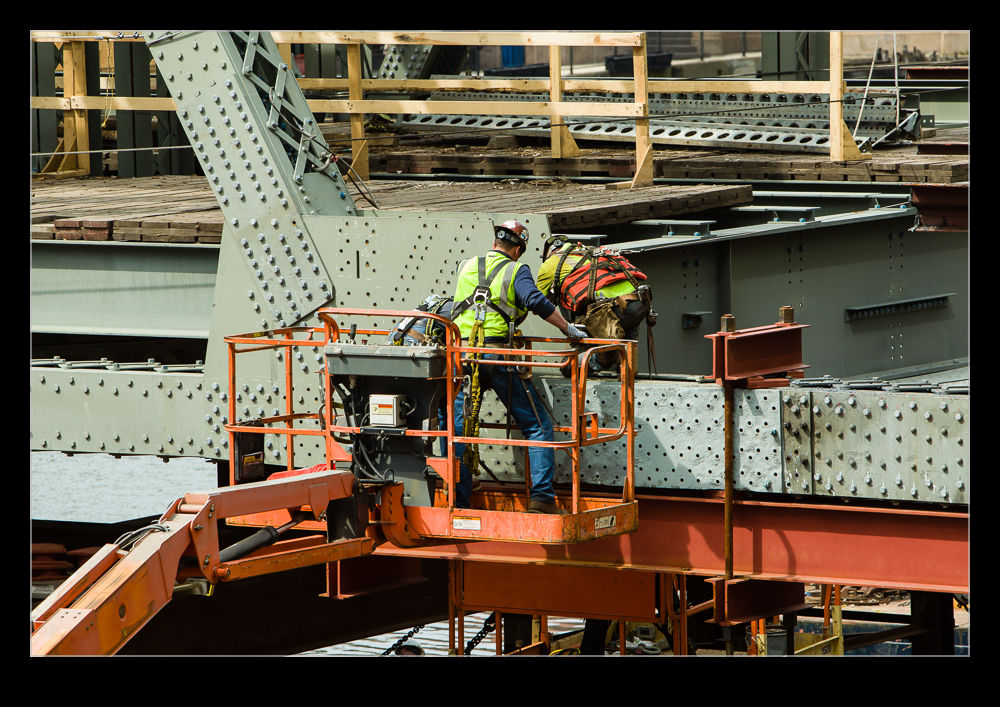 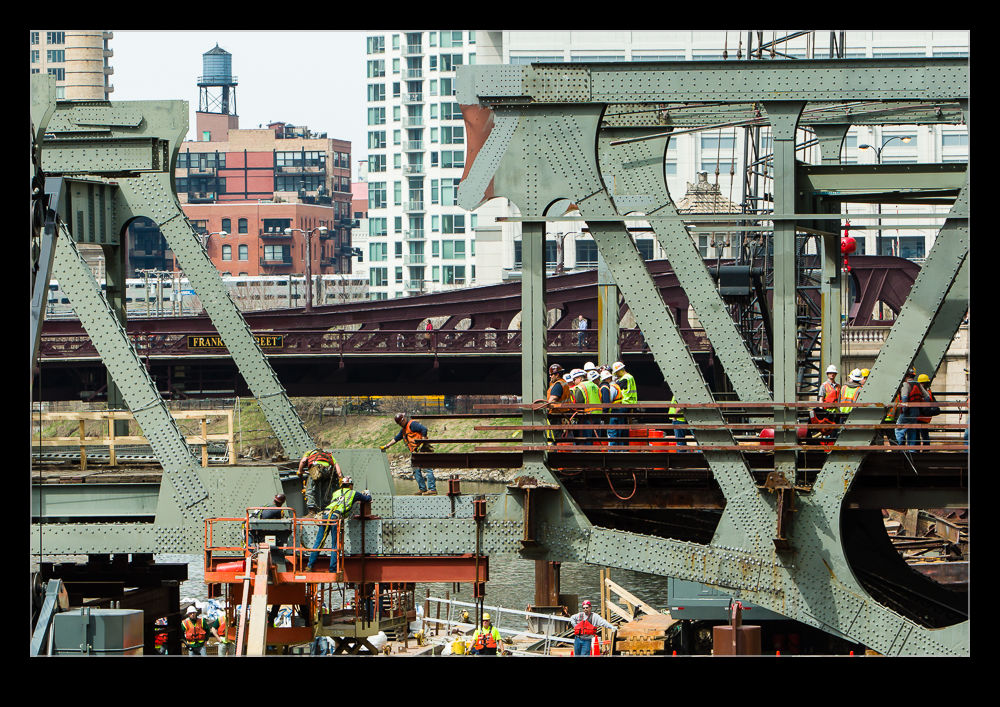