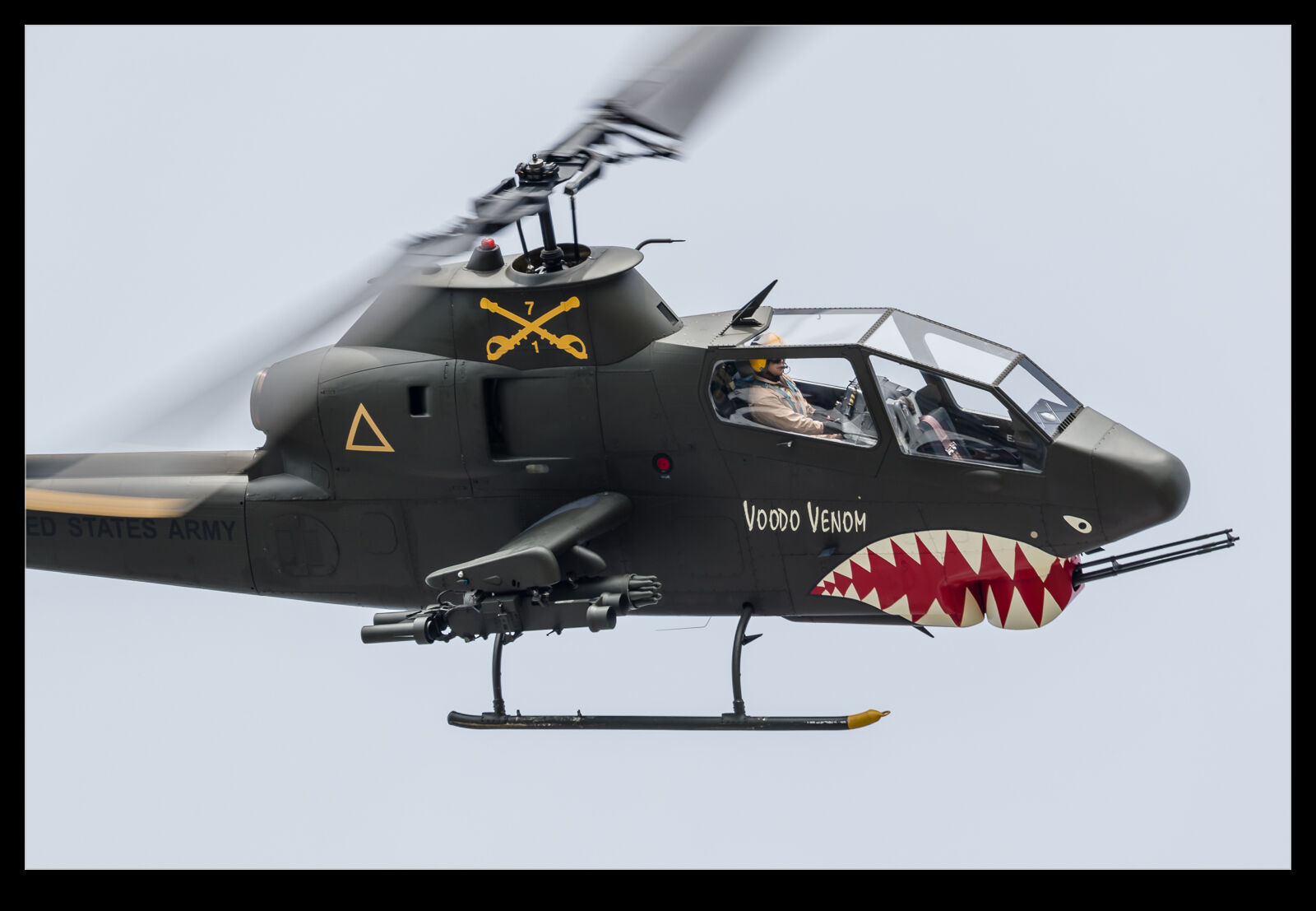 The Cobra is still a big part of Marine Corps aviation with the Zulu model the current favorite as it replaces the previous Whiskey models.  However, the Cobra started out life as an Army attack helicopter.  While they are long retired from Army service, old examples still are airworthy and one of them was performing at the Olympia air show.  I was rather pleased to see it when it initially arrived and then it performed a flying display alongside a Huey. 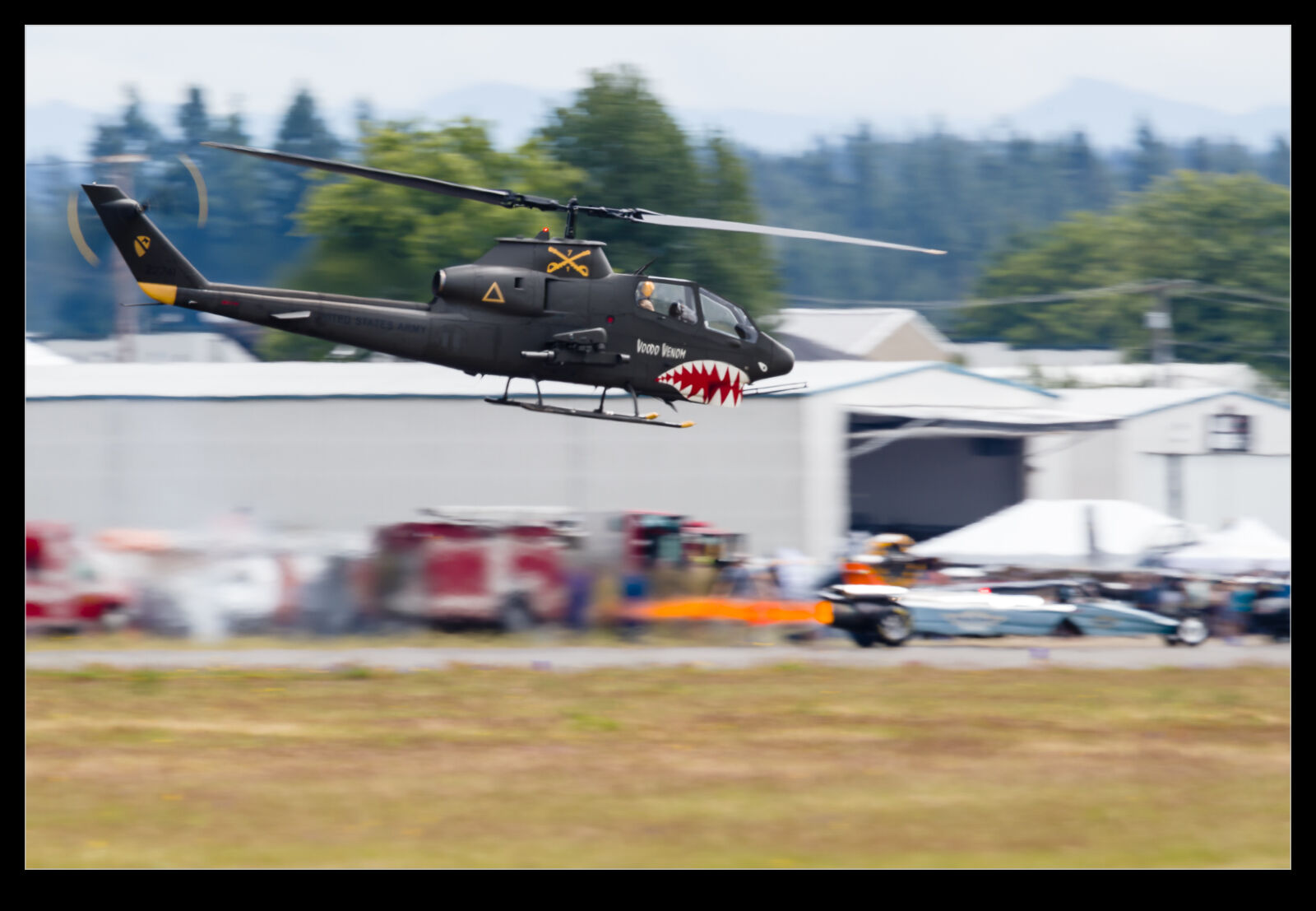 A lightly loaded Cobra is still an agile beast and this one was being thrown around with some zeal.  Unfortunately, the sky was rather overcast so the shape was a bit disguised by the shadows but it was still great to see the narrow fuselage combined with the broad chord rotor as it thrashed its way around the display.  What a cool looking machine. 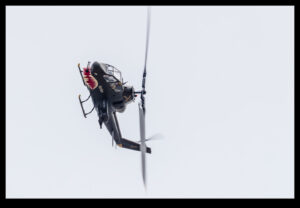 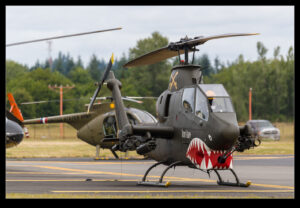