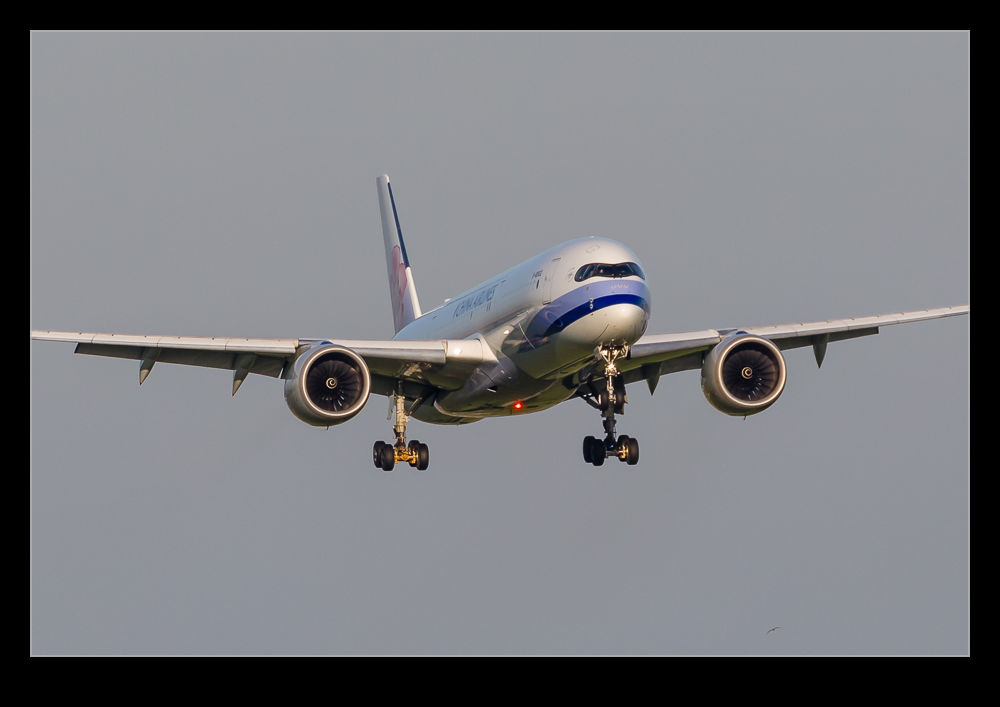 The A350 is becoming a lot more widespread now.  China Airlines has been flying them in to Vancouver for a while.  I actually shot one last year on approach but it was coming in from the sea on the opposite runway near sunset so it is a tiny spec in the distance!  This time I got one coming in a bit closer.  The sun was getting low so the conditions were turning into something very nice.  I touched down right in front of me with the sun pretty much on the nose. 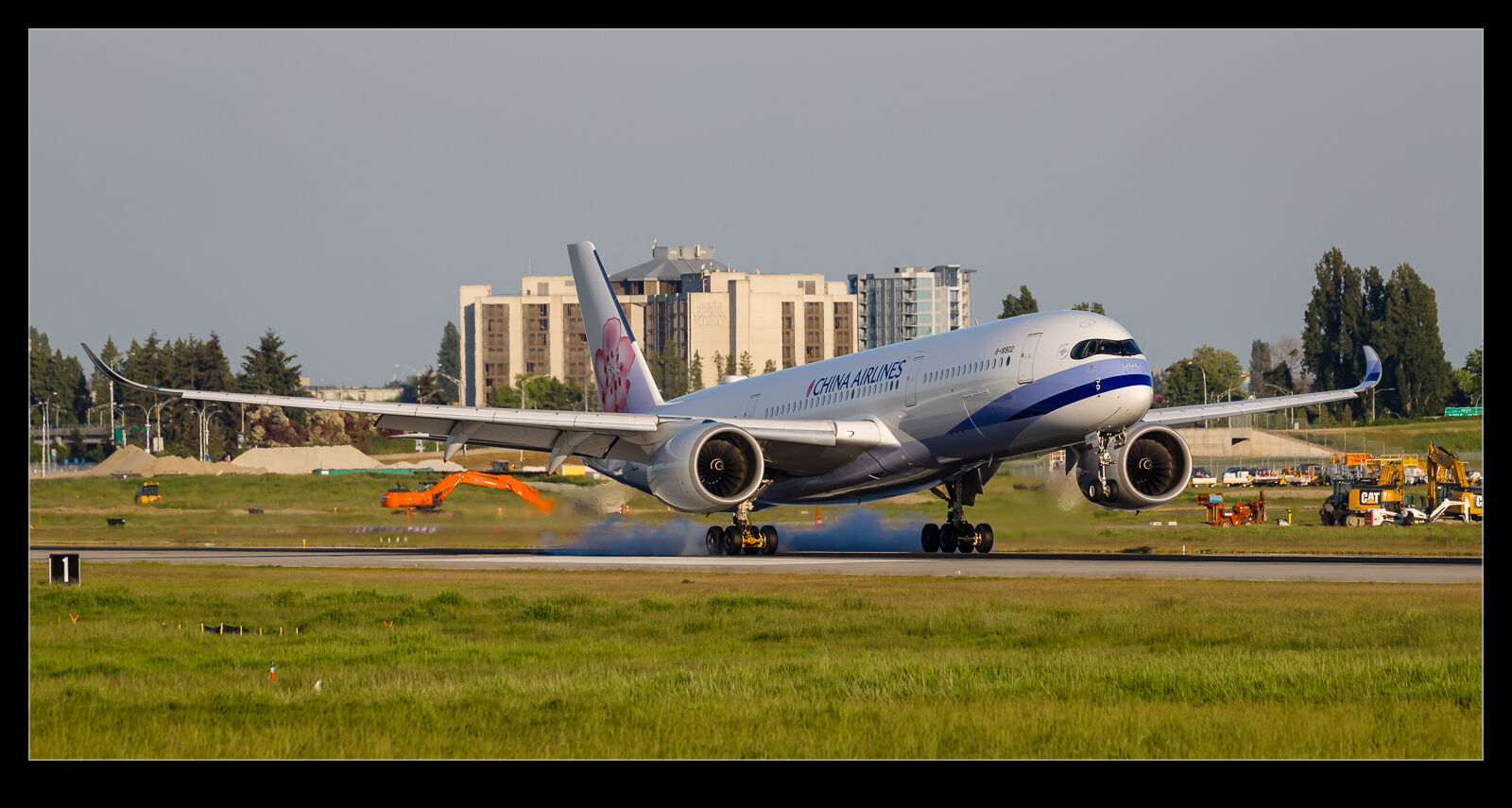 It wasn’t the only A350 that day.  Lufthansa also operated one in but it arrived before I got across the border.  It did depart while I was there but departures are from the opposite runway so it was a bit far away.  Surprisingly, there wasn’t much distortion in the air and I was able to get a reasonable view of it although not something that would have much use.  The fleet will only grow so there will be more opportunities to get the German jet. 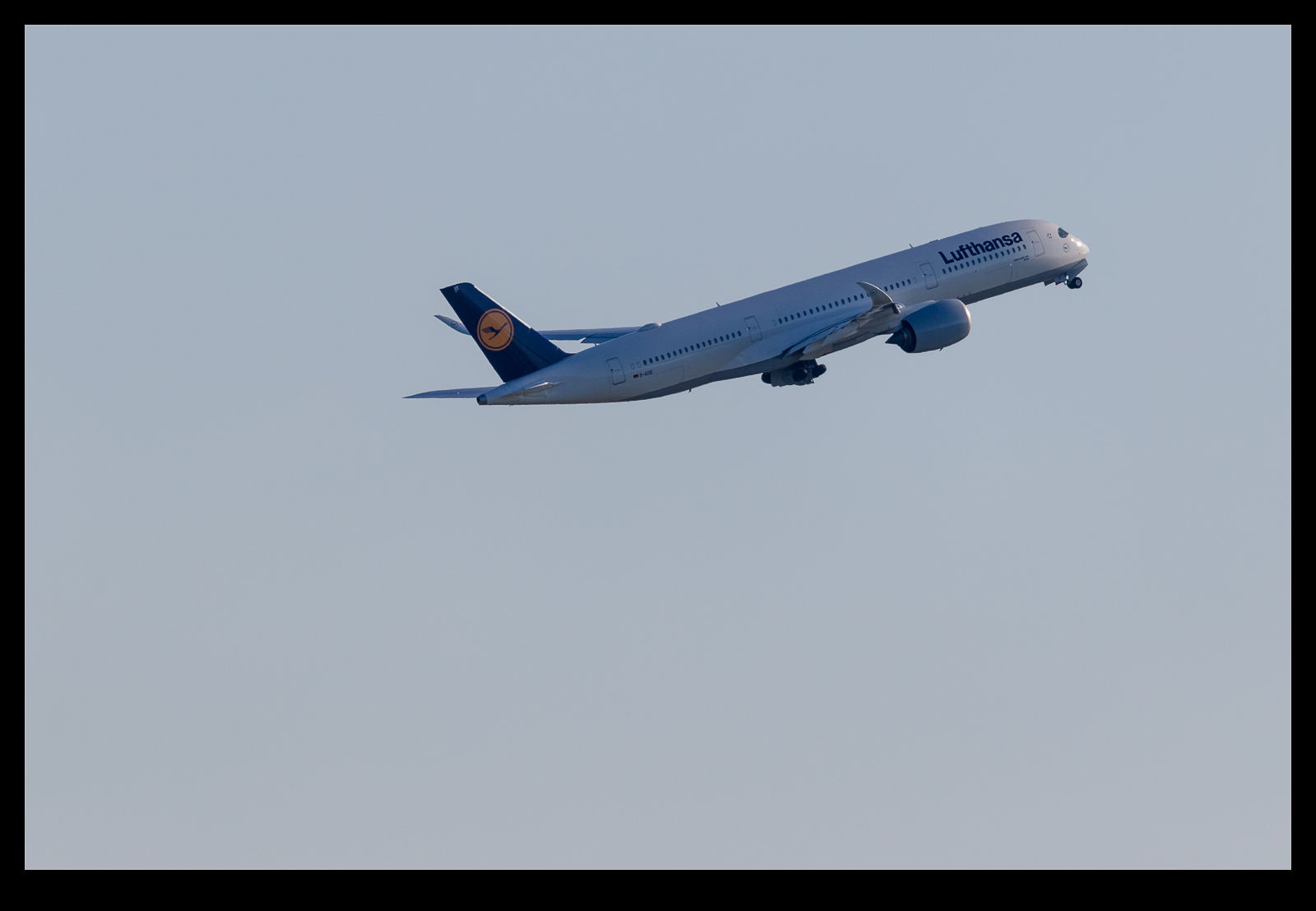