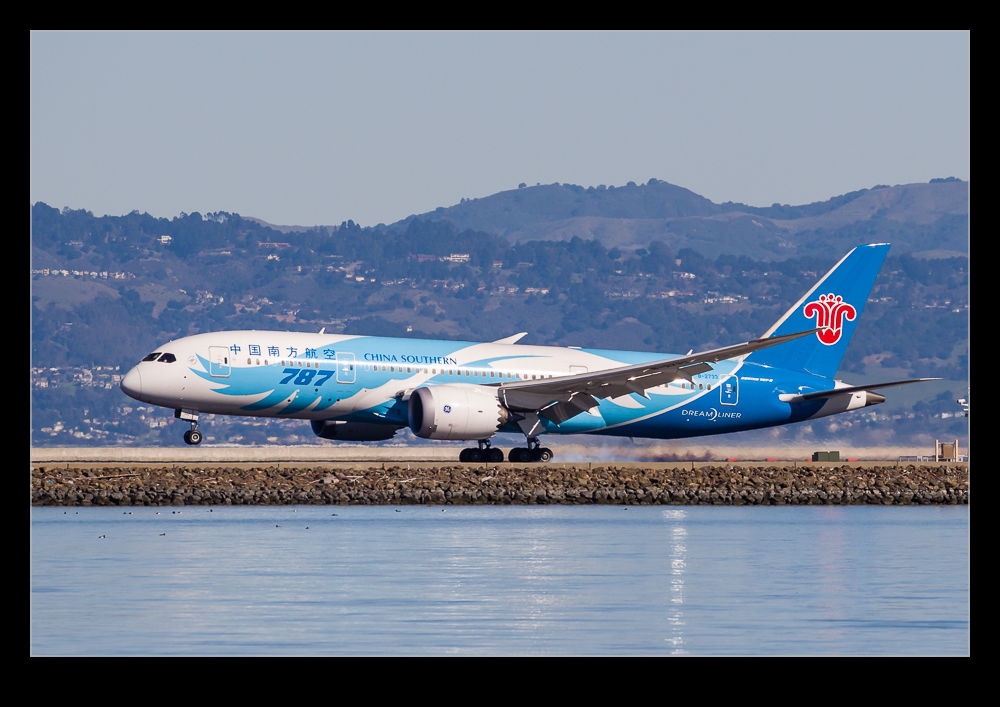 Boeing is building 787s at something like ten a month these days. Consequently, seeing a Dreamliner is not such an unusual event any more as they are getting to the airlines at a rapid pace. However, it does mean that more airlines are getting the type. I have not seen a whole lot of different carriers using them yet although that will, no doubt, change. However, when a new one shows up, it does get my interest. China Southern started flying them to SFO and I saw my friend Roger had caught one. It has a pretty interesting color scheme so I wanted to get one too but they only fly three times a week and I hadn’t been there on one of those days. 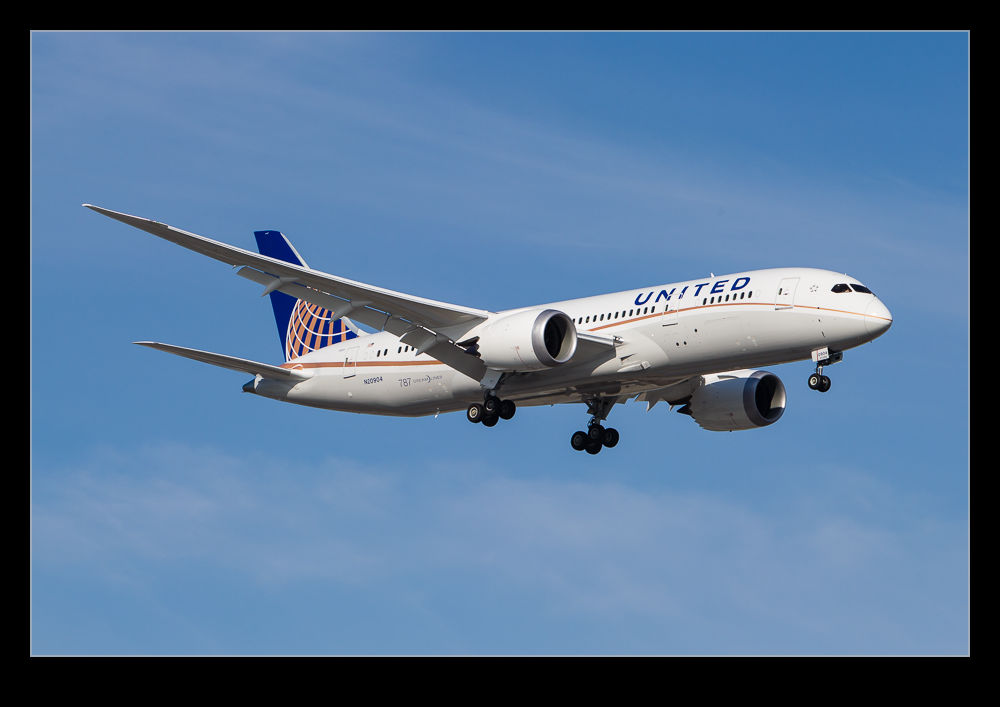 Then I did end up in place when one was coming in. I heard it call up on the approach so knew it was coming in. At this point, my brain shut down completely. Another Asian jet was taxiing out of the international terminal area and came straight across the runway to taxi up alongside the bay. This provides a good view and some nice shot possibilities so I starting shooting it. Meanwhile, guess what was landing. I only realized at the last moment. I did get some shots of it on the ground but not exactly what I had in mind. However, since they will be coming for a long time, I guess I needn’t beat myself up too much. There will be another chance.  In the mean time, here are a selection of Dreamliners I have shot so far, even if some of them are not in pristine condition!