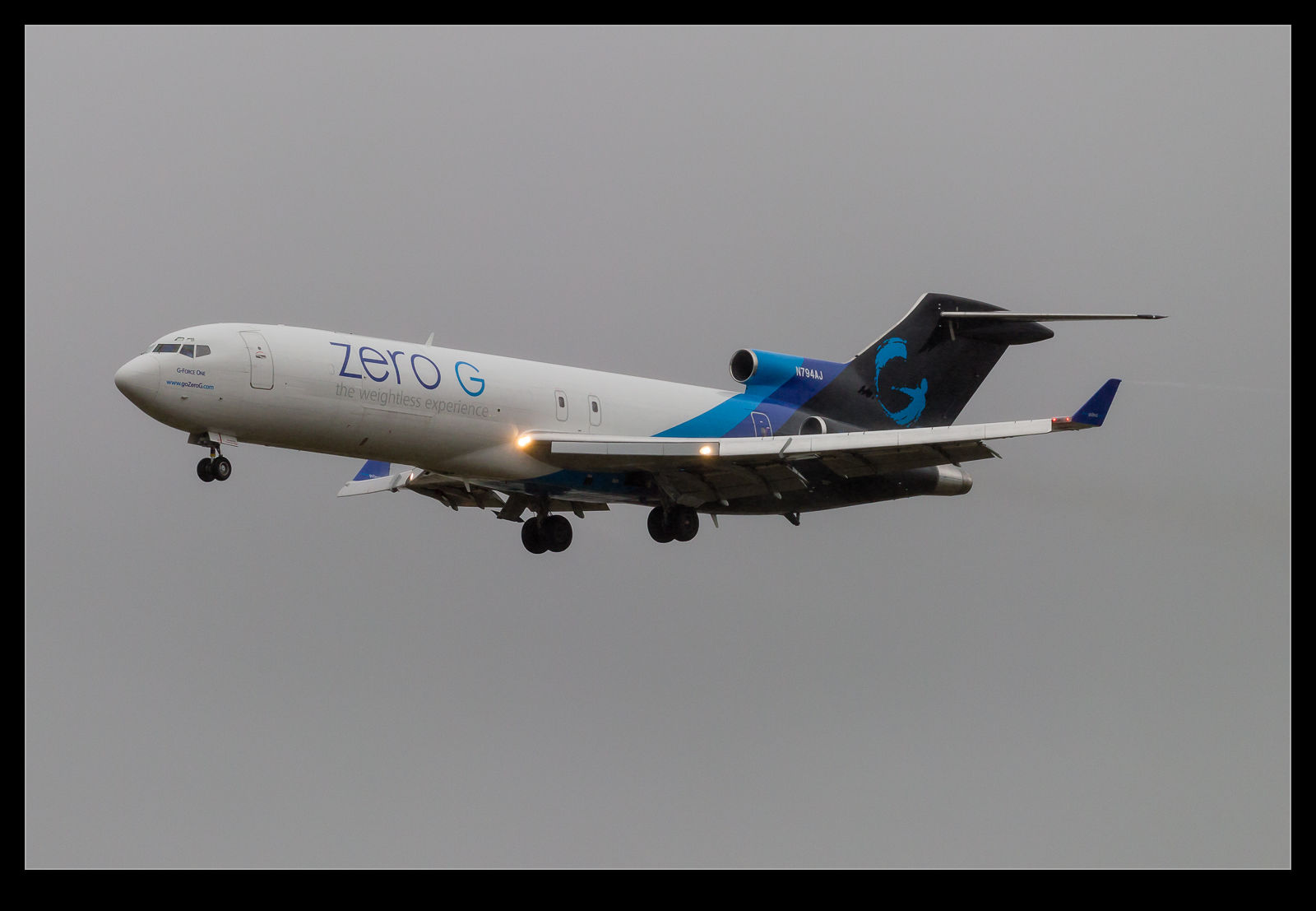 If the weather is really crap, my first thought is not to go photographing aircraft. I have experimented with going out on bad days to see if you can get an unusual view of something but when the forecast is for heavy and constant rain, that isn’t too appealing. So, what do you do when you get a notification that the Zero G Boeing 727 is coming in to Oakland. (Zero G operates flights that provide multiple short exposures to weightlessness as the plane flies a parabolic arc.) A type that is not too common any more, an unusual operator, your local large airport and it is on a Sunday morning so you aren’t at work. Everything is saying go. 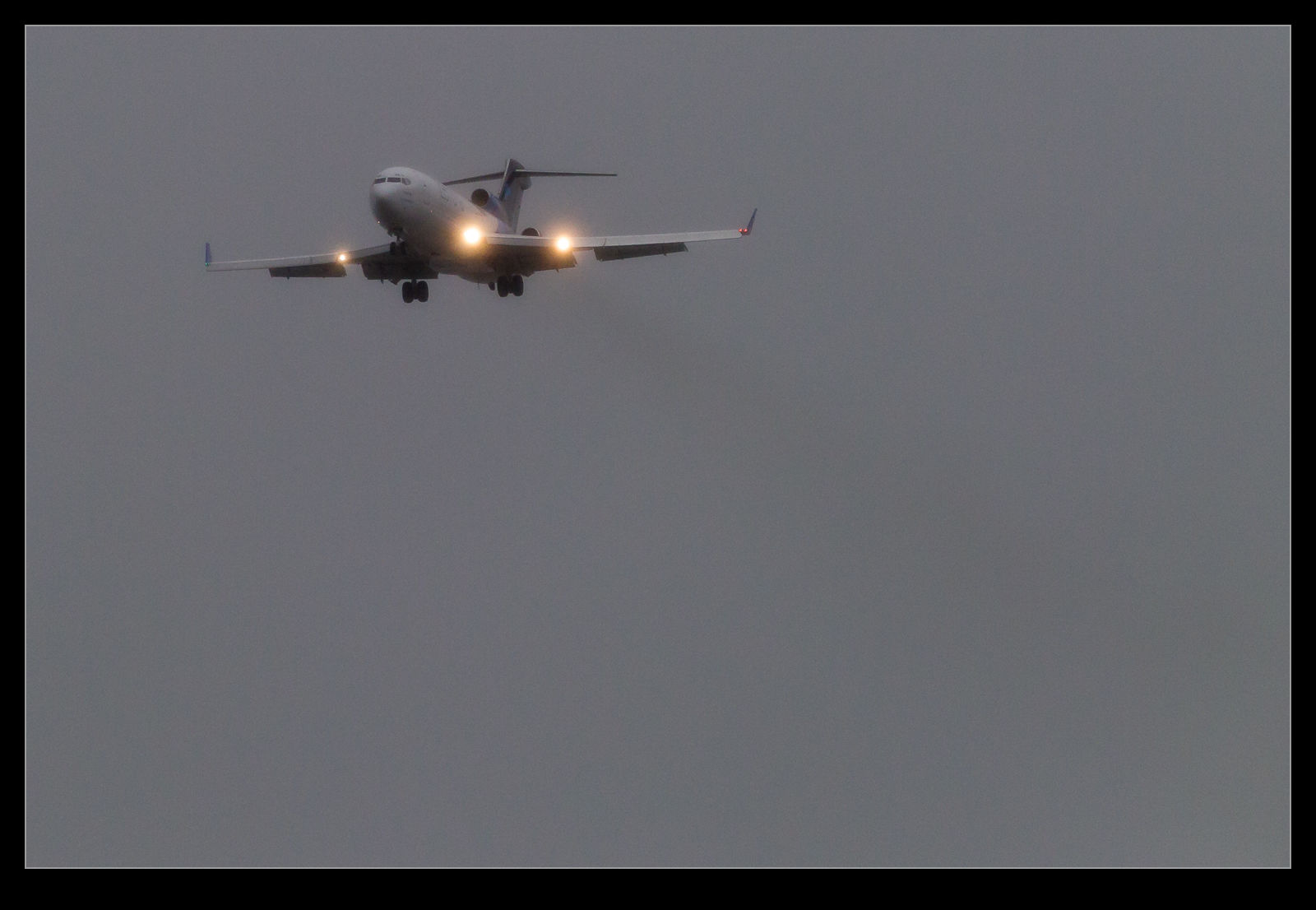 Oakland is not a great place to shoot when operations are in the normal direction. You are also on the wrong side of the runway for good light. However, the storm meant that the approaches were coming down from the north and they pass by some locations that give good views of the runway. All of these things were suggesting I need to take a chance. I headed off equipped with wet weather gear. I chose to get there a little early to get some practice in.

Oakland is a pretty busy airport during the week but the weekend schedules are a lot lighter. I figured I wanted to shot a couple of approaches before my plane came in to view to get things set up right. The light was crap so I had to ramp up the ISO. Also, while the sky is dark, a lot of exposure compensation helped to get detail on the fuselage itself. Having found a combination I was happy with, a heavy belt of rain came in and the visibility rapidly diminished. By now the 727 was not far out so I figured I might just have blown it. 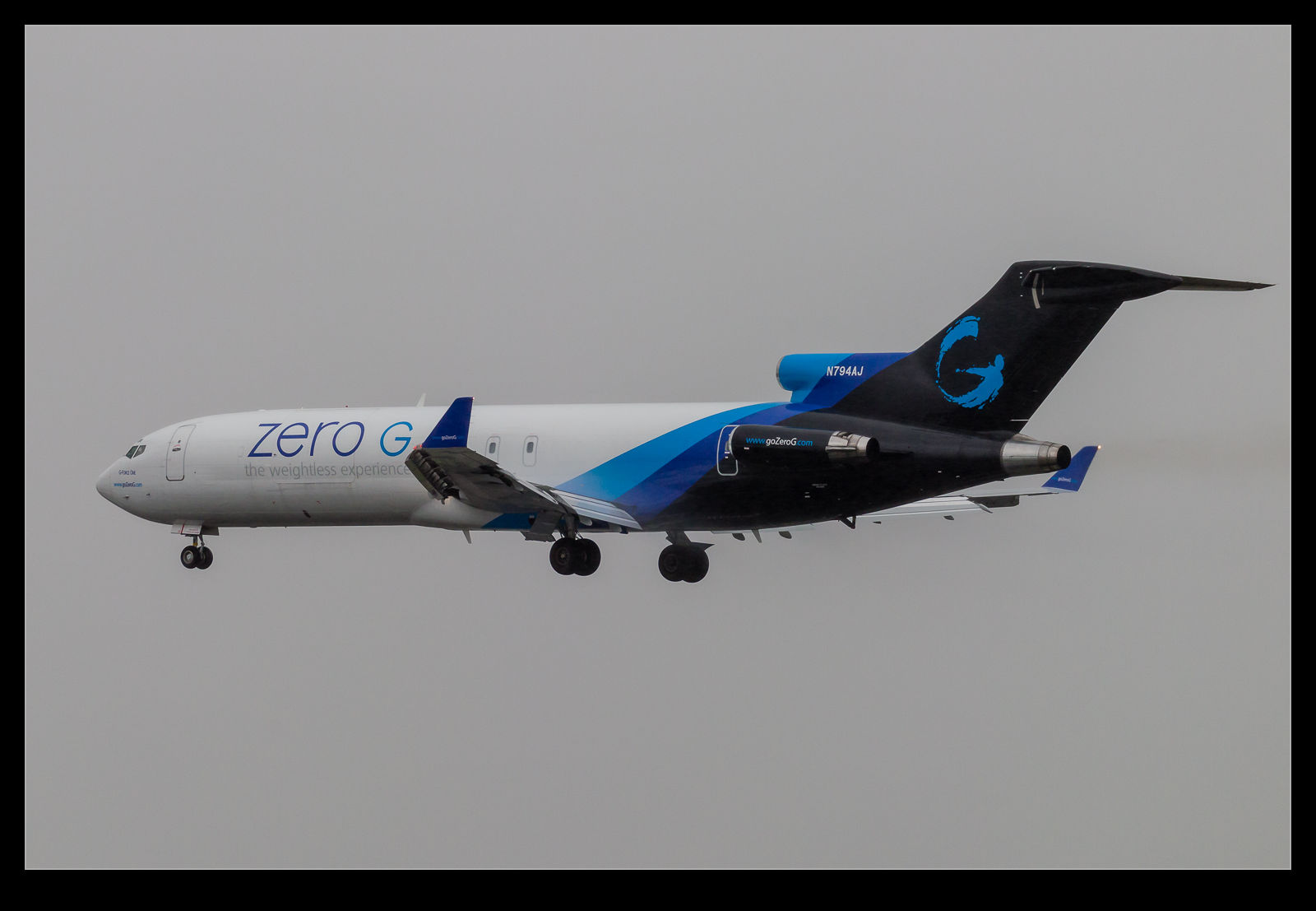 Fortunately, the rain came in fast but eased off just as quickly and soon I could just make out the outline of San Francisco in the murk which told me I should be able to get my picture. They checked in with the tower for landing clearance so I knew it was time to get out and get wet. Initially, everything looked really grey as the plane came in to view. Fortunately, as it ran down the approach, it was in the clear all of the way and I was able to get off a burst of shots. Once it was down, the weather was not going to get better and there were not many movements scheduled anyway so I decided I was happy with the catch and preferred to warm and dry indoors.