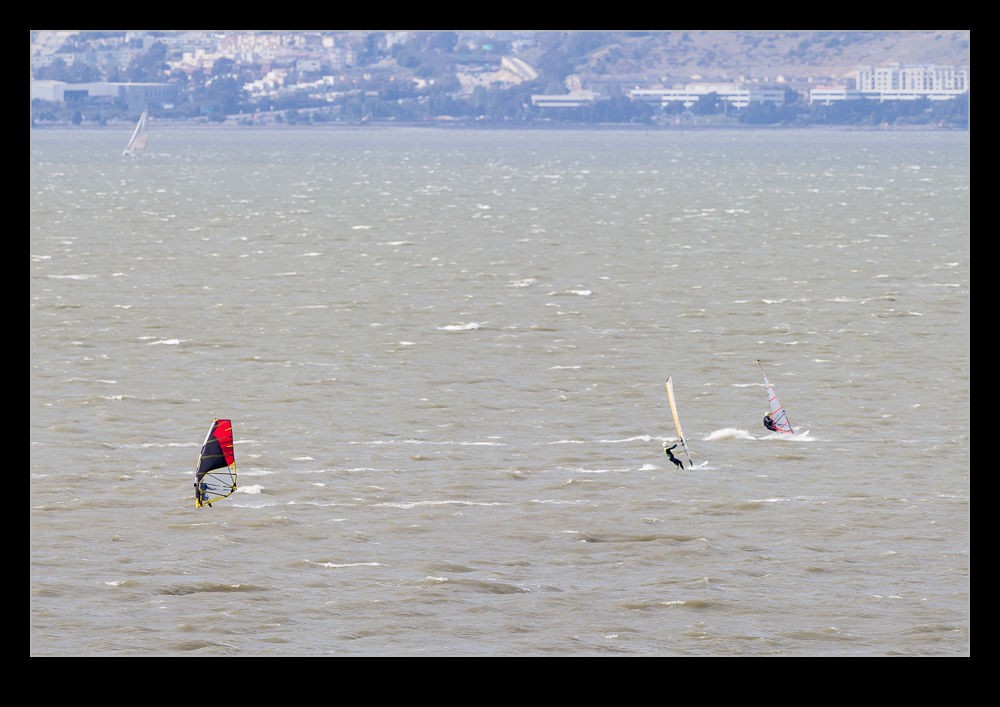 It was a pretty windy day when I was at Coyote Point. This had brought out anybody in the Bay Area with either a windsurfing board or kite-boarding gear. They had to work pretty hard because the wind was certainly not making the conditions good for novices. A couple of time, I saw people create a slightly larger cloud of spray than normal as they plowed in. However, on the whole, they seemed to know what they were up to. 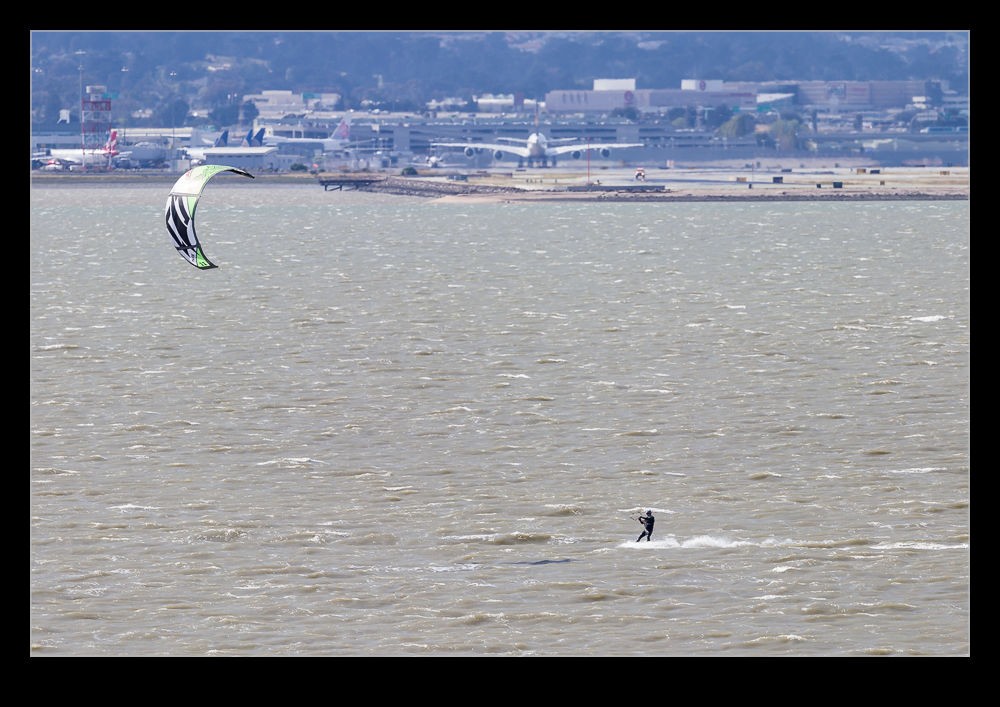 From my vantage point on the headland, I could see them well and the long lens allowed things to get a bit compressed. Even so, on some occasions it did appear that they were trying hard to all get in my shot at once. Thanks for the effort guys! 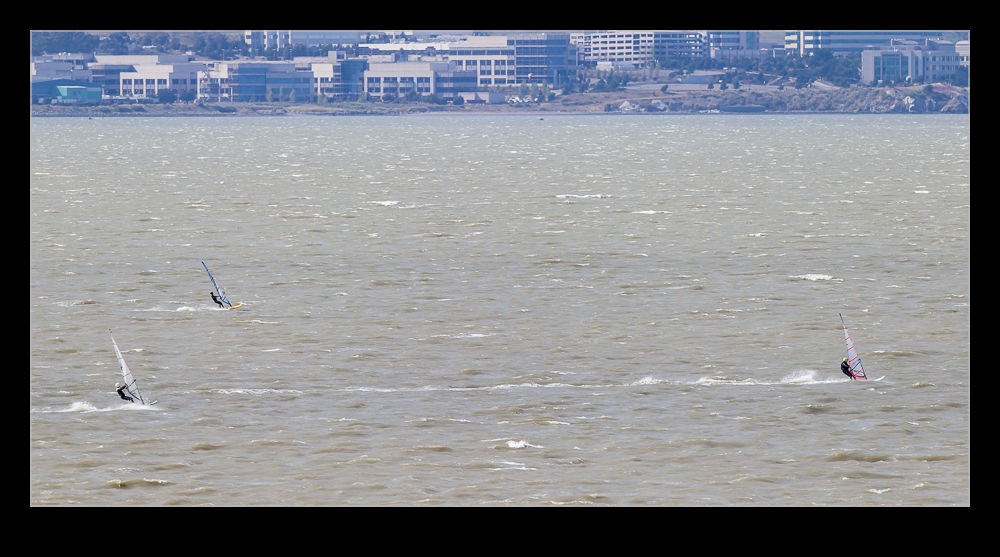