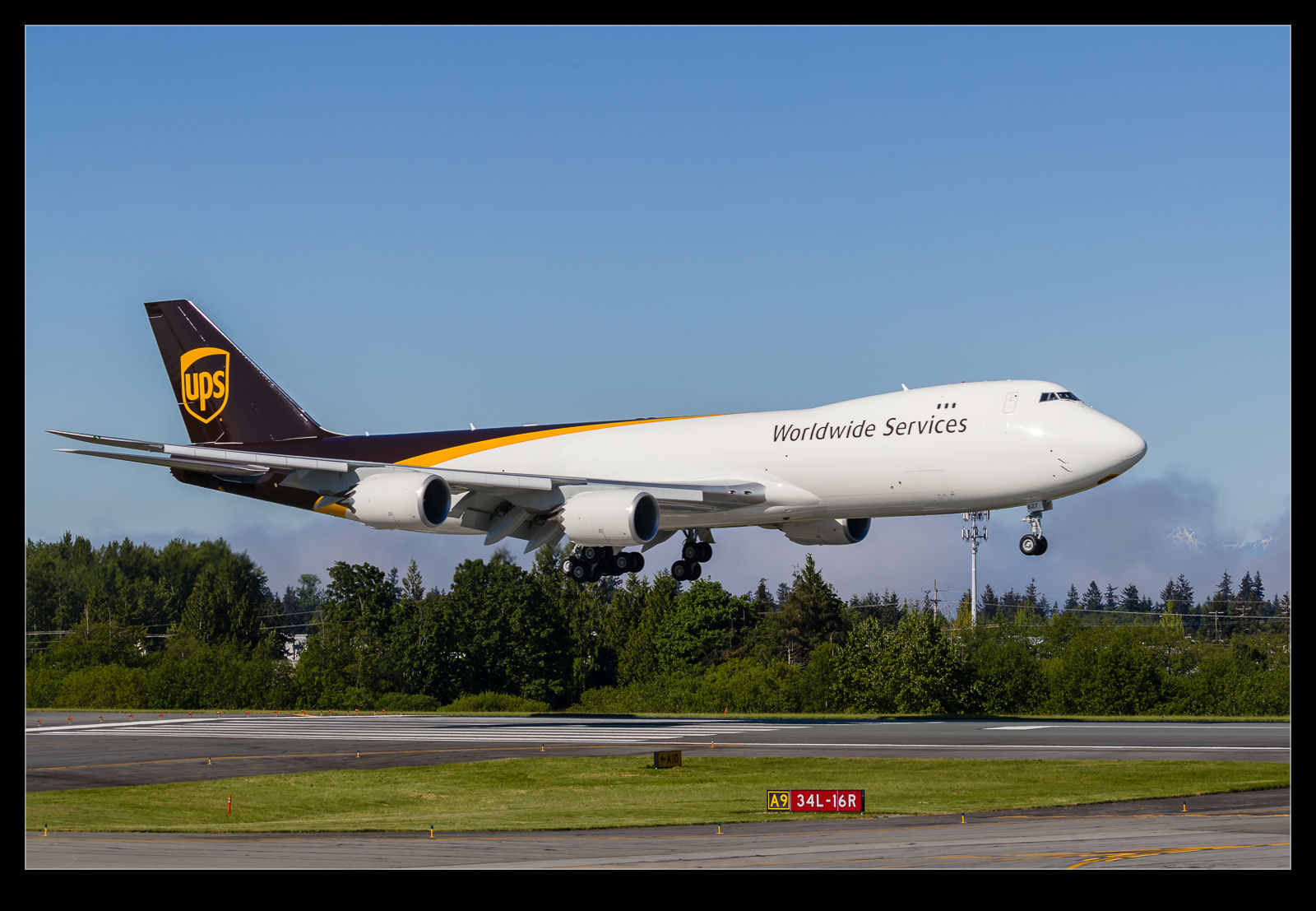 This was a bit of a mistake.  I saw a Boeing 747-8 was due for a flight at Paine Field.  The 747-8I that Lufthansa declined to take delivery of has been active recently and I thought this was it.  Instead, it was a freighter that was due for a short test flight.  Not what I had in mind but still not too bad.  It was another UPS jet.  There are some non-UPS 747s still to be built before the line is closed soon and I will want to see some of those. 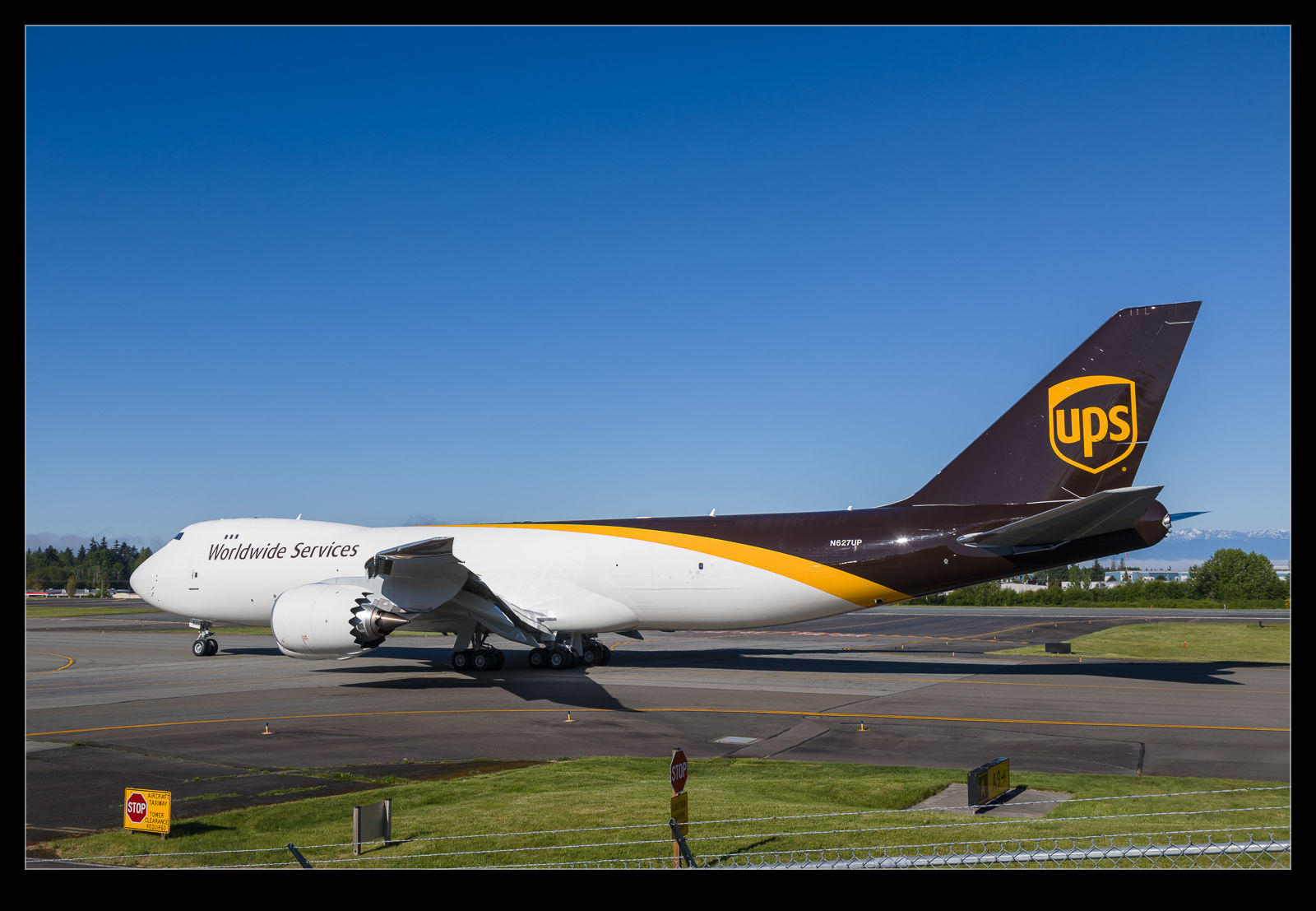 It was early in the day so the light was best on the east side.  That limits your options but I got it taxiing down for departure and heading out.  It was a 30 minute flight so I got the return too before heading off.  I wish I hadn’t been so eager to get back because a Janet 737 showed up half an hour after I left!  Oh well. 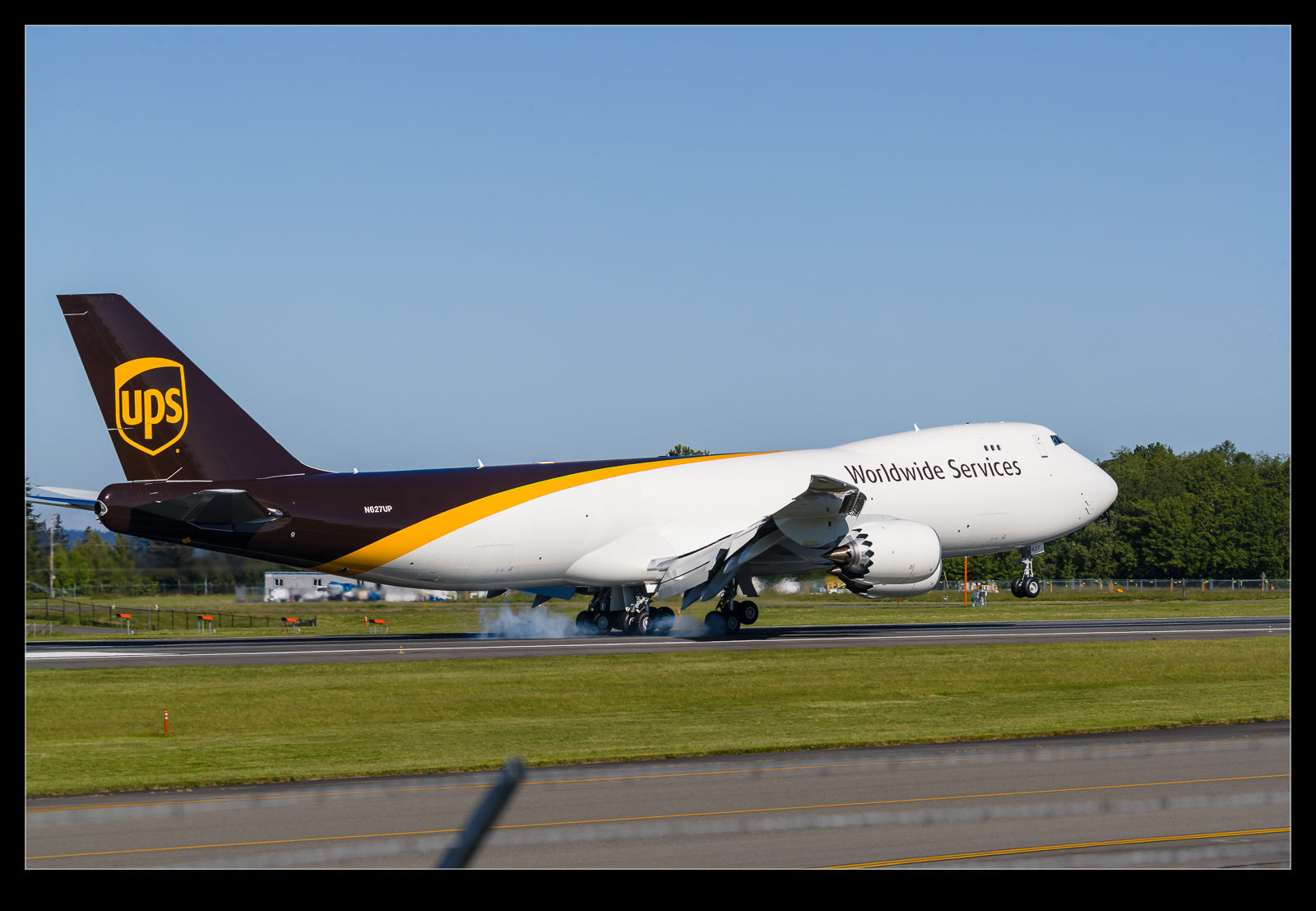