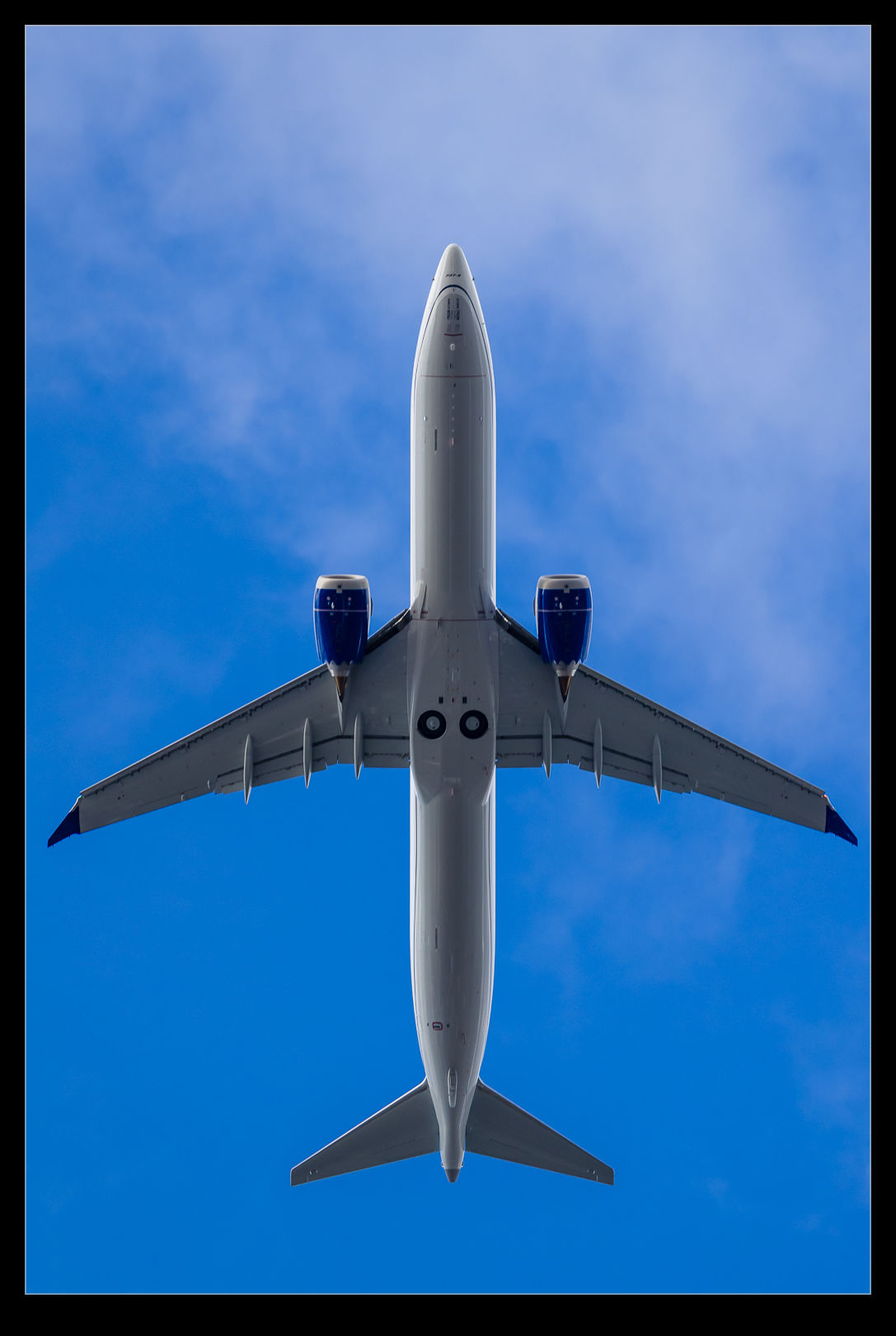 While awaiting the NOAA arrival, I happened to shoot a 737 that was coming directly overhead on its way to SeaTac.  I don’t shoot much of these flights but every once in a while, I do like to try and get a symmetrical shot from directly beneath the jet just for the fun of it.  As this one came over, I just assumed it was another Alaska 737-900ER since they come in all the time.  However, when I looked closely at the shot, I realized it was a United jet and, more importantly, it was actually a Max9.  Turns out it was on its delivery flight from Boeing Field so must have only left a few minutes before.