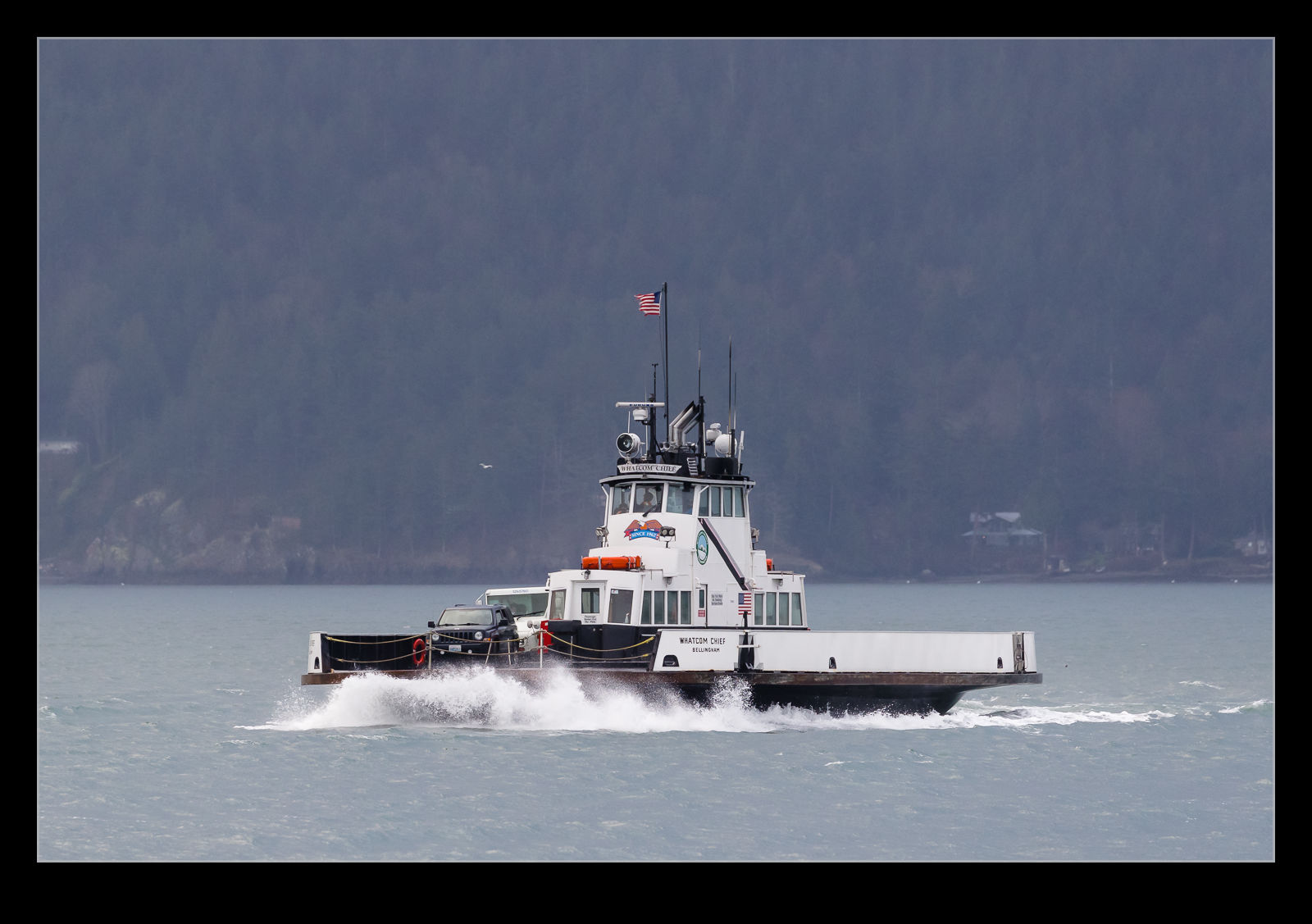 Having made a return trip to Anacortes to check out the dilapidated ship hills on the shore, I decided to add to my ferry collection.  Just beyond Bellingham is an Indian Reservation called the Lummi Nation.  Just off the coast is Lummi Island and there is a little car ferry that connects the island to the Nation.  The ferry is called the Whatcom Chief and it is operated by the county.  It isn’t a big ferry – it looks to hold about 16 cars – but the crossing is not long and they apparently will run extra services to clear a backlog of vehicles if needed beyond the scheduled services. 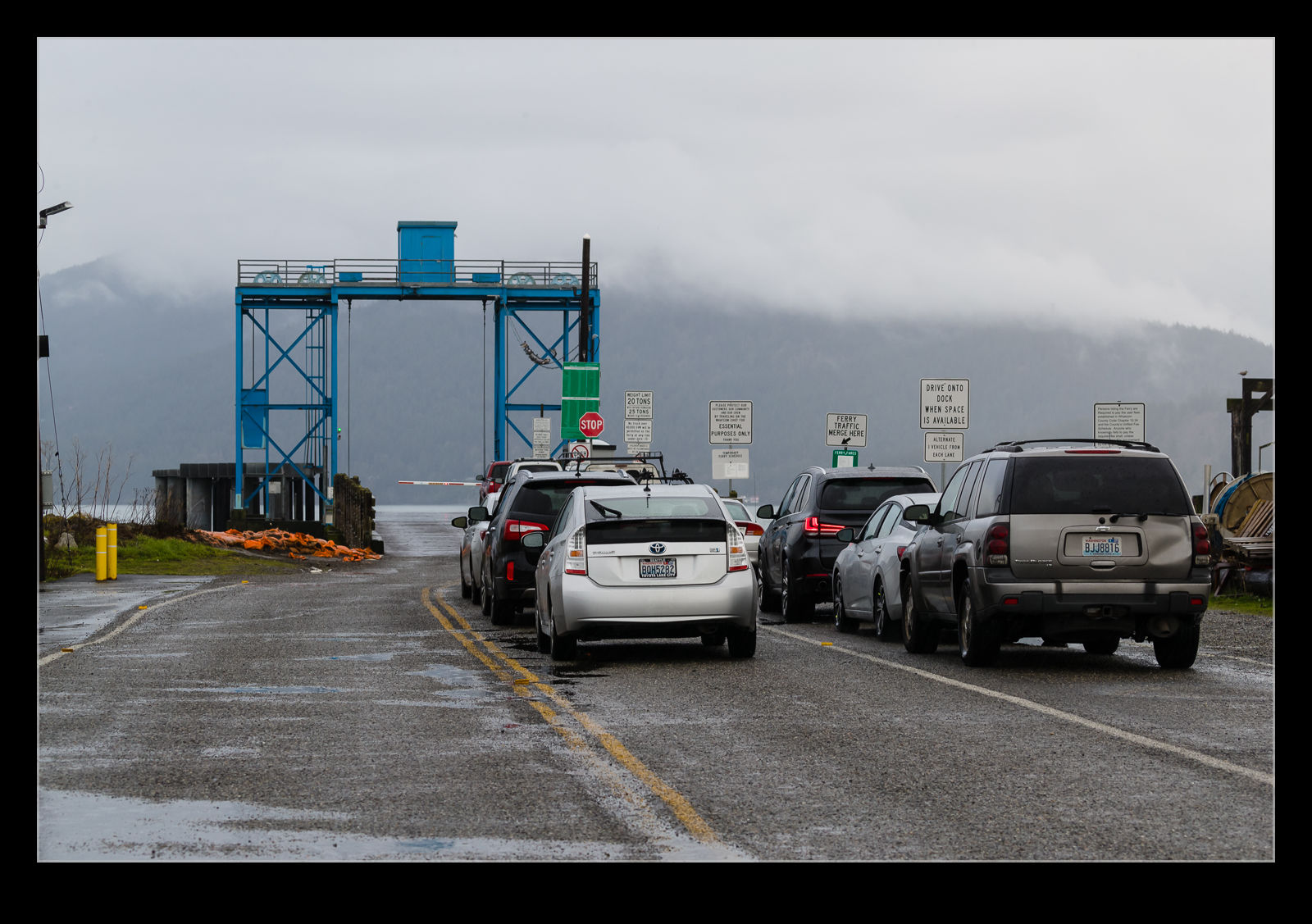 It was just as windy up at Lummi as it had been in Anacortes but it lacked the sun that I had experienced down there.  Rain showers were blowing through periodically and it was a lot less enjoyable to be outside!  However, I’d come all that way so I wasn’t going to miss out on the shots.  As I mentioned, the ferry is not large and, with the wind whipping up some waves, it was bouncing around as it made the crossing.  I guess you want to hose the salt water off your car after a crossing on a day like this since the spray was going across the boat as it pitched and rolled. 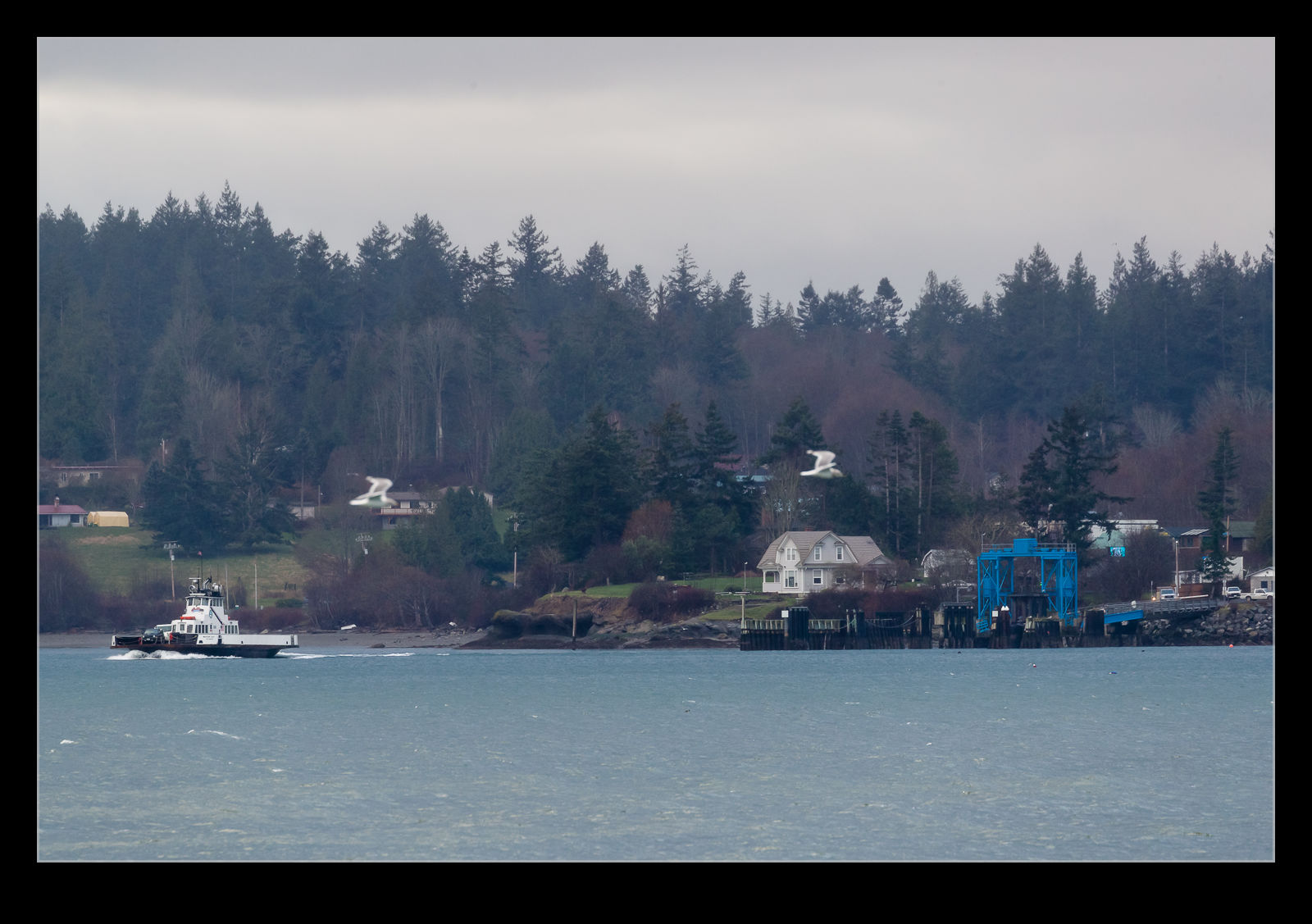 There were more cars waiting to make the crossing than there was space for so they squeezed as many as they could onboard and then headed back again.  Hopefully they came right back for the remainders but I had got what I needed, had a decent drive home ahead of me and wanted to warm up so it was back in the car for me. 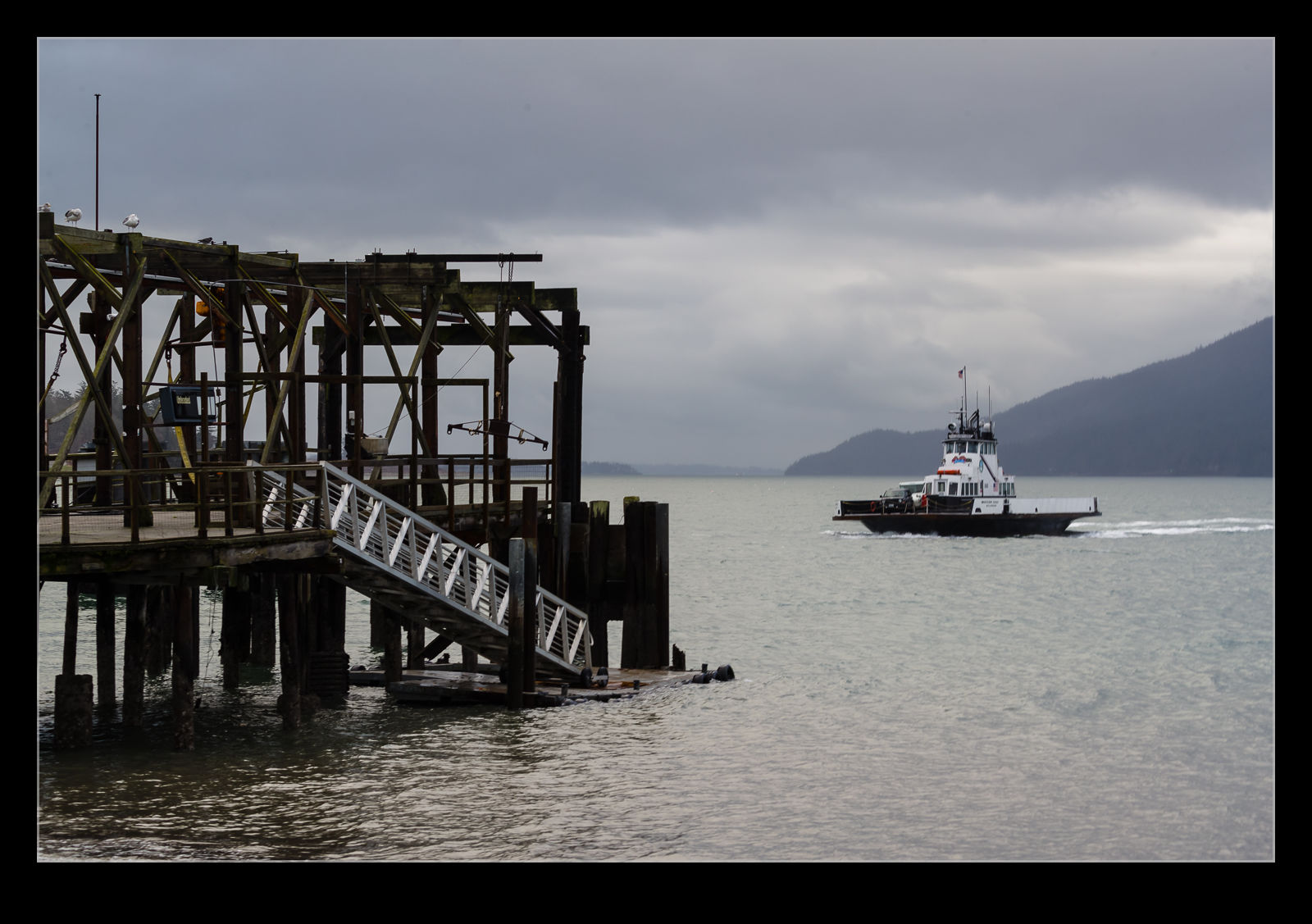 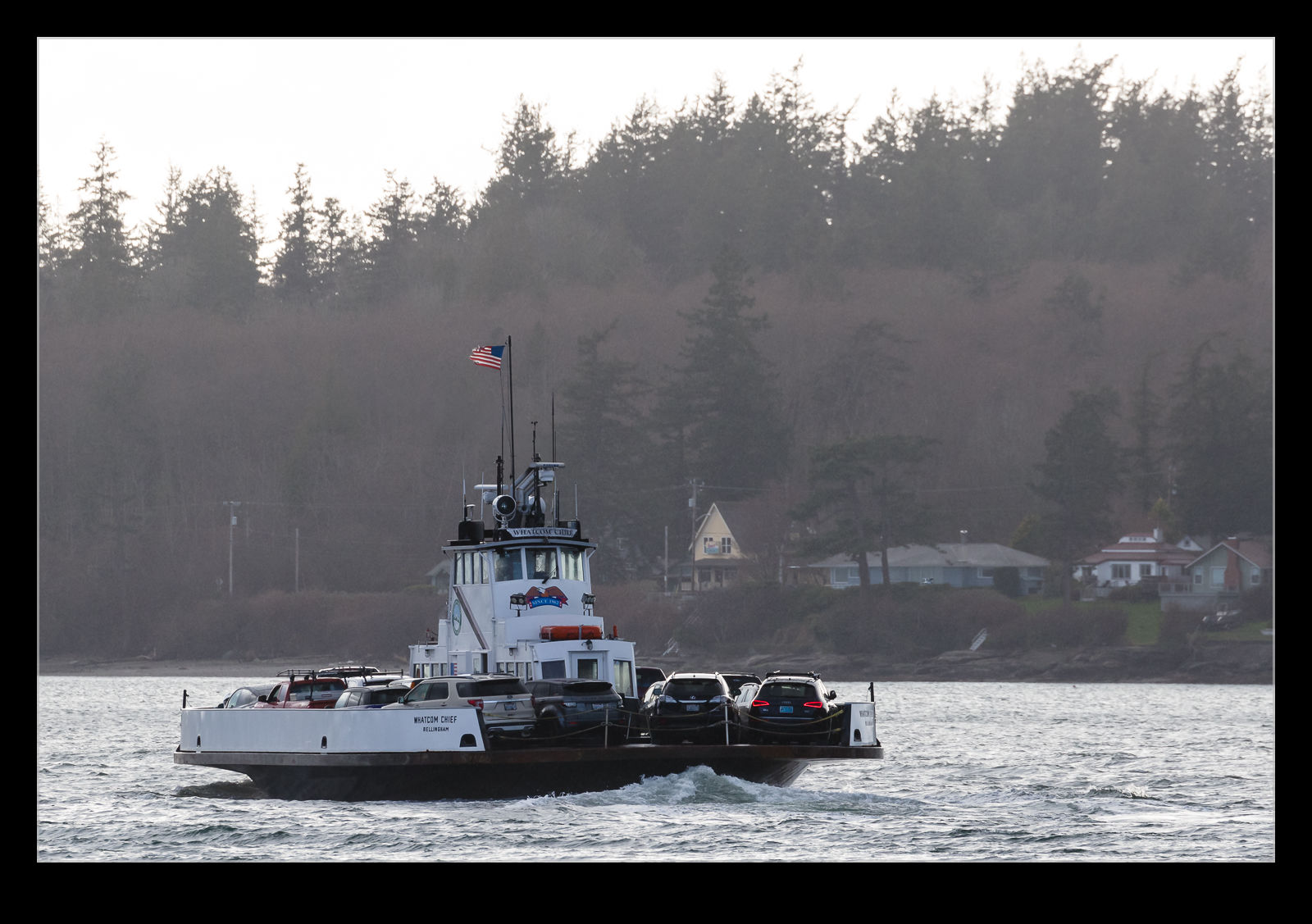