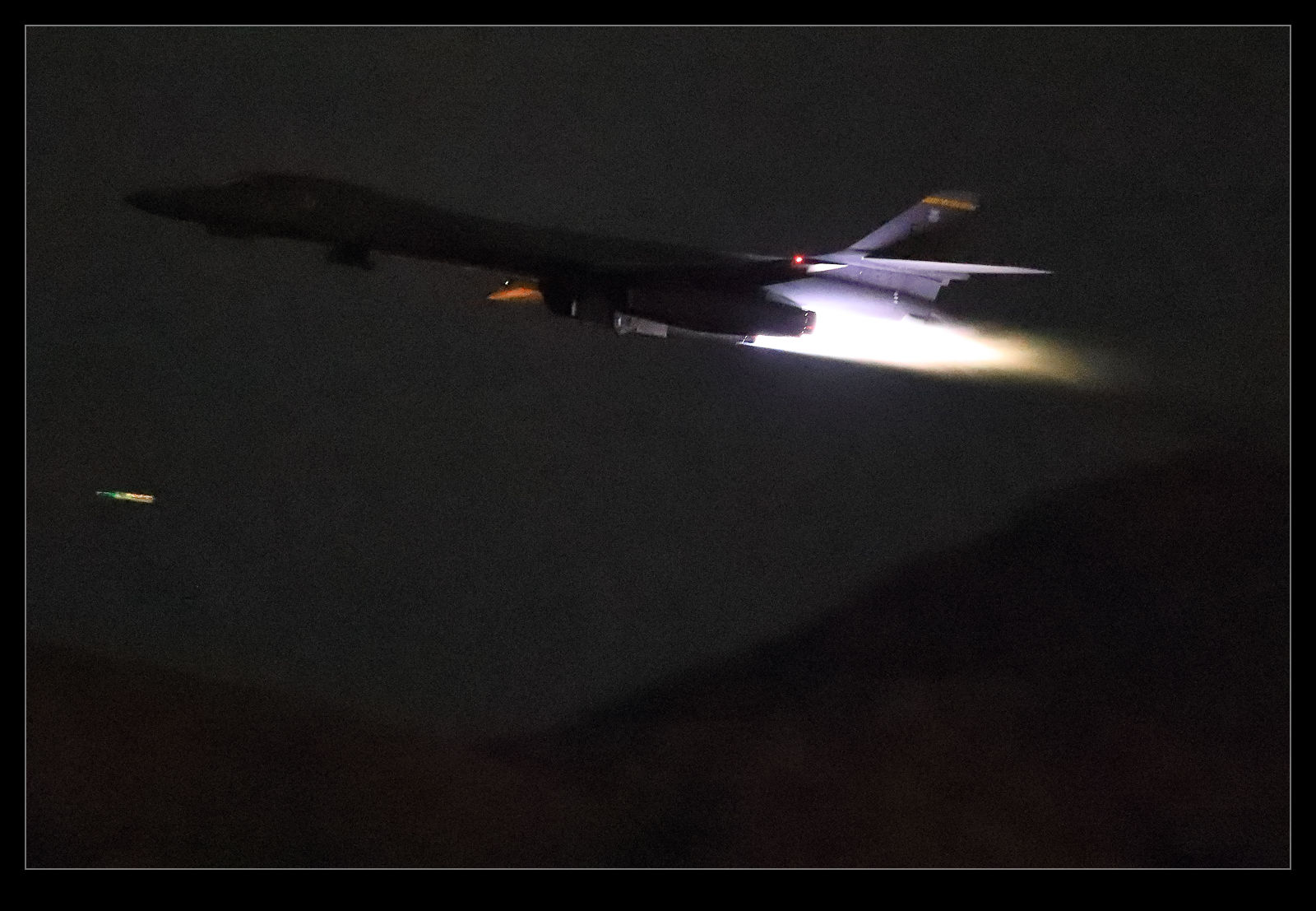 When the B-1s show up at Red Flag, everyone is pretty pleased.  A big bomber with four afterburning engines is like a giant fighter to photograph.  It is a good looking jet.  It also has a nice feature at night.  The majority of the fighters that take off in burner are back to military power shortly after getting airborne.  The B-1 is a different story.  It stays in burner for a ridiculous amount of time.  Not having flown one, I don’t know whether they pull back the power from full burner at some point but they do stay plugged in for ages.  Long into the climb you can still see the glow. 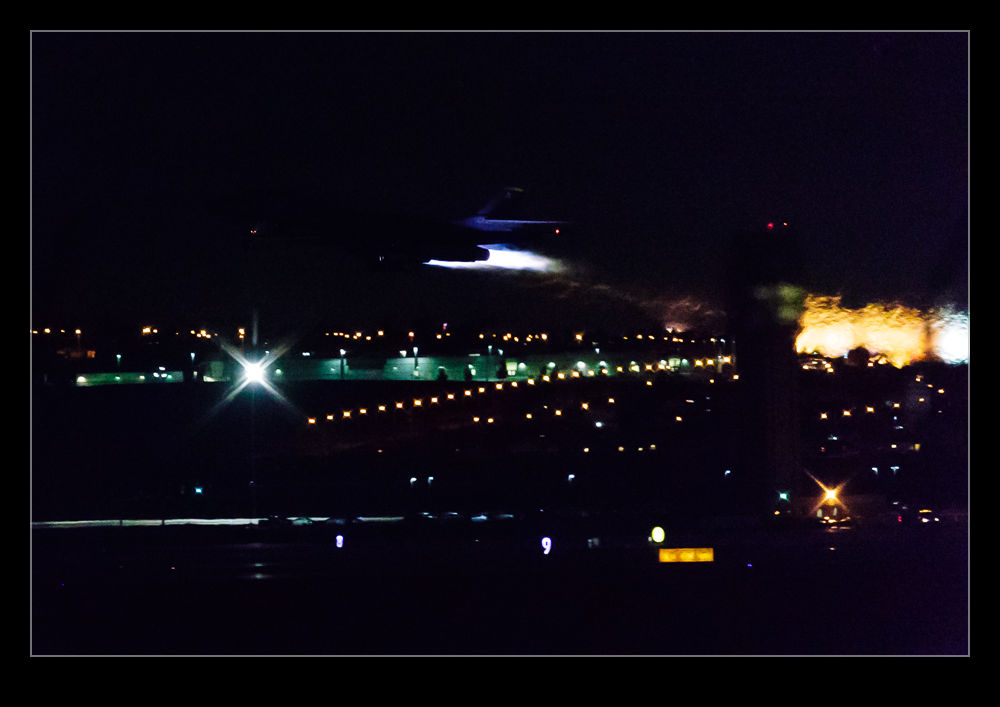 I have shot the B-1s from a location out in the area on the extended centerline before.  Go back to some old posts here and here and you will see the sort of shots I am talking about.  Paul has also shot from out there so we agreed to try something different.  We headed closer to the rotation point.  The jets get airborne pretty smartly and, the closer in they are, the further away they are from the highway.  However, something that had more of a side on feel was what I was after and so we tried a different spot.

Of course, you never know what time the launch will start and when the B-1s will be scheduled for so there is a lot of sitting around and waiting – in the dark.  During the day it is easy to hang about and wait for something to move.  At night things seem to take longer and you feel a bit more exposed.  However, they did eventually launch and these shots are the result.  I have learned some new things about the behavior of the camera at night which will be useful next time so, while the shots aren’t perfect, it was certainly worthwhile.