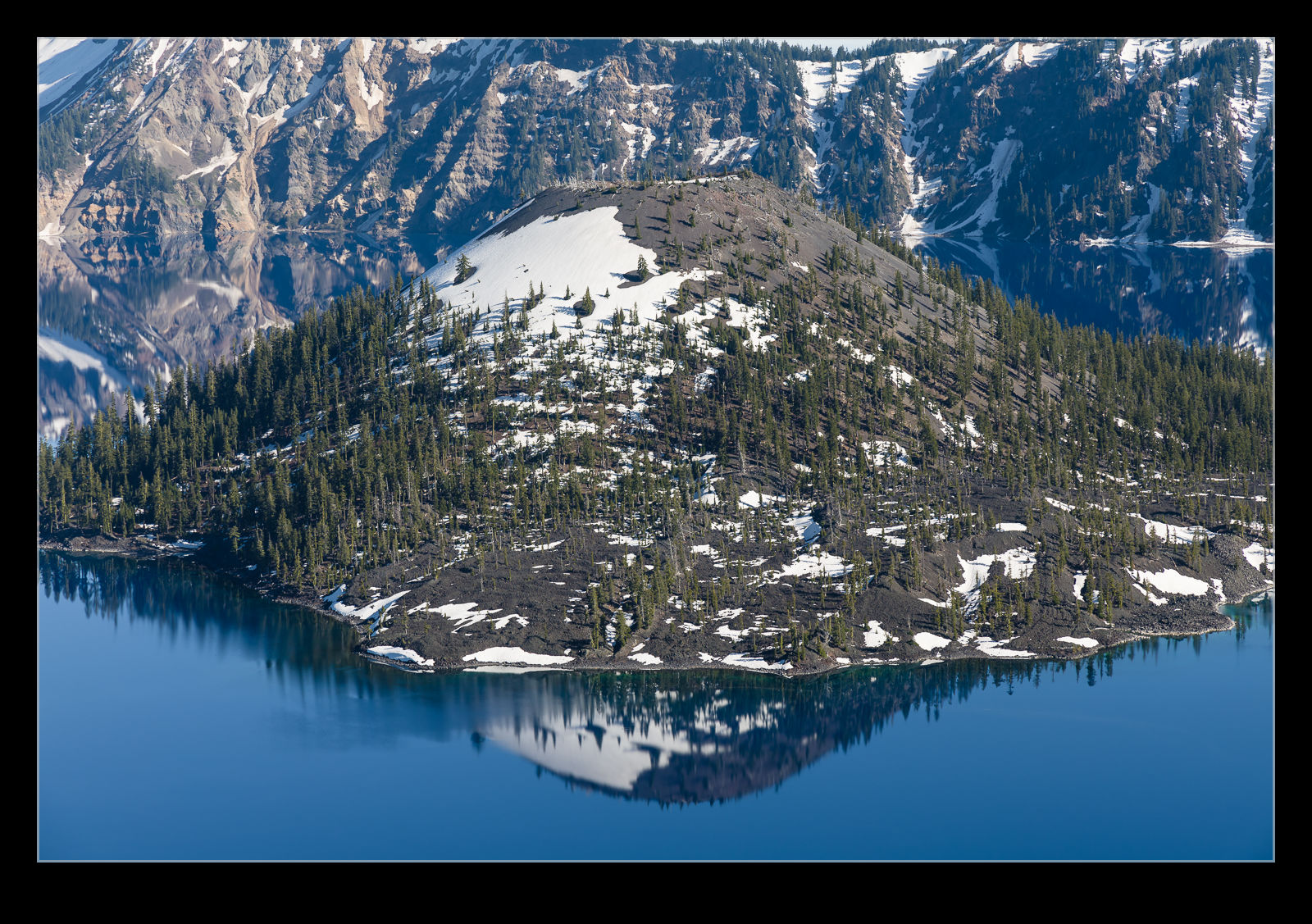 Crater Lake is a lake in a caldera.  In the middle of the lake is an island that was formed as the eruptions from beneath built up a new outcrop from the original caldera.  That island has itself formed a caldera on the summit.  The scale of everything is so large that it is easy to not even notice that this second caldera sits within the first caldera.  There are some trees on the island that give you some context as to how large it all is. 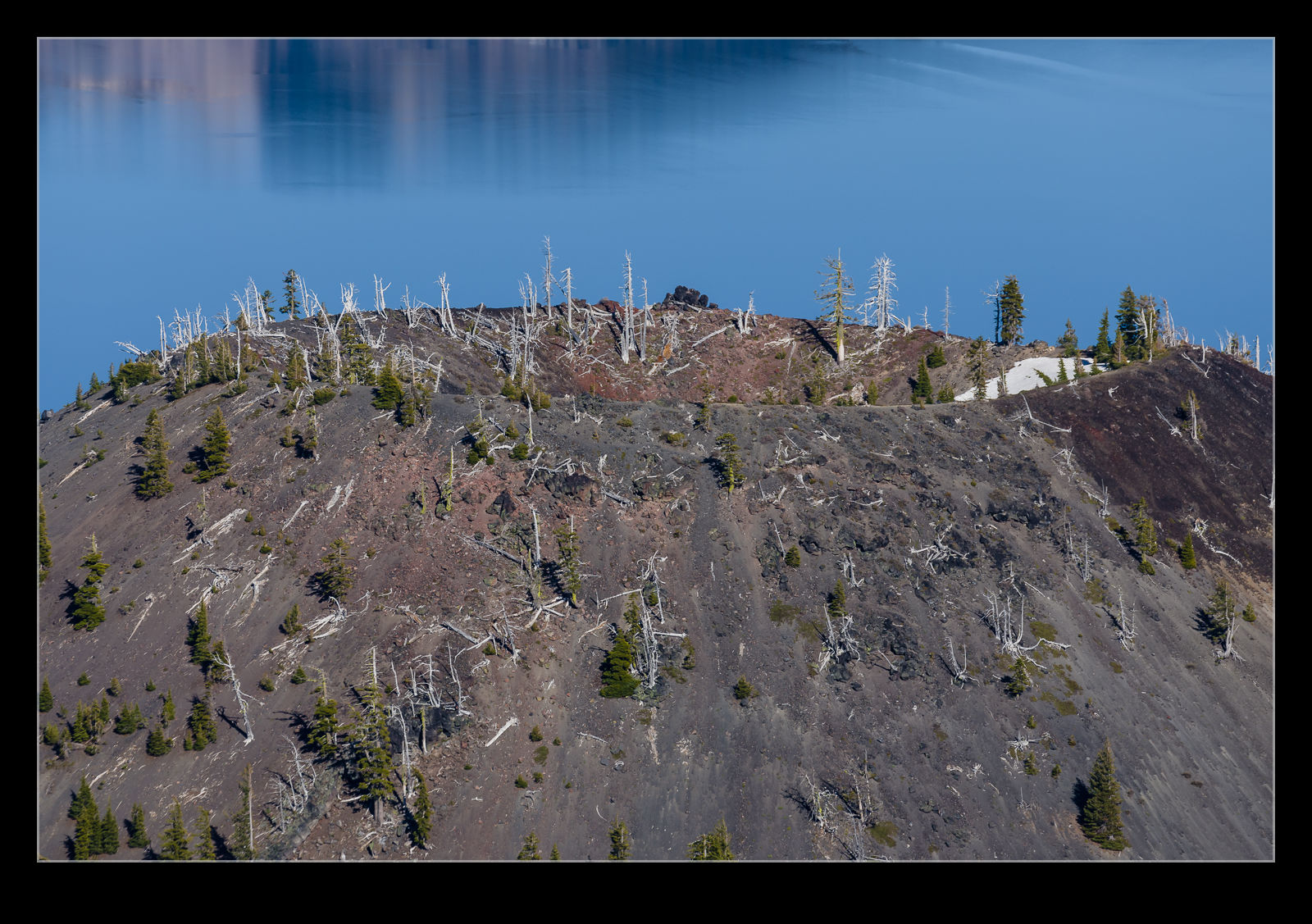 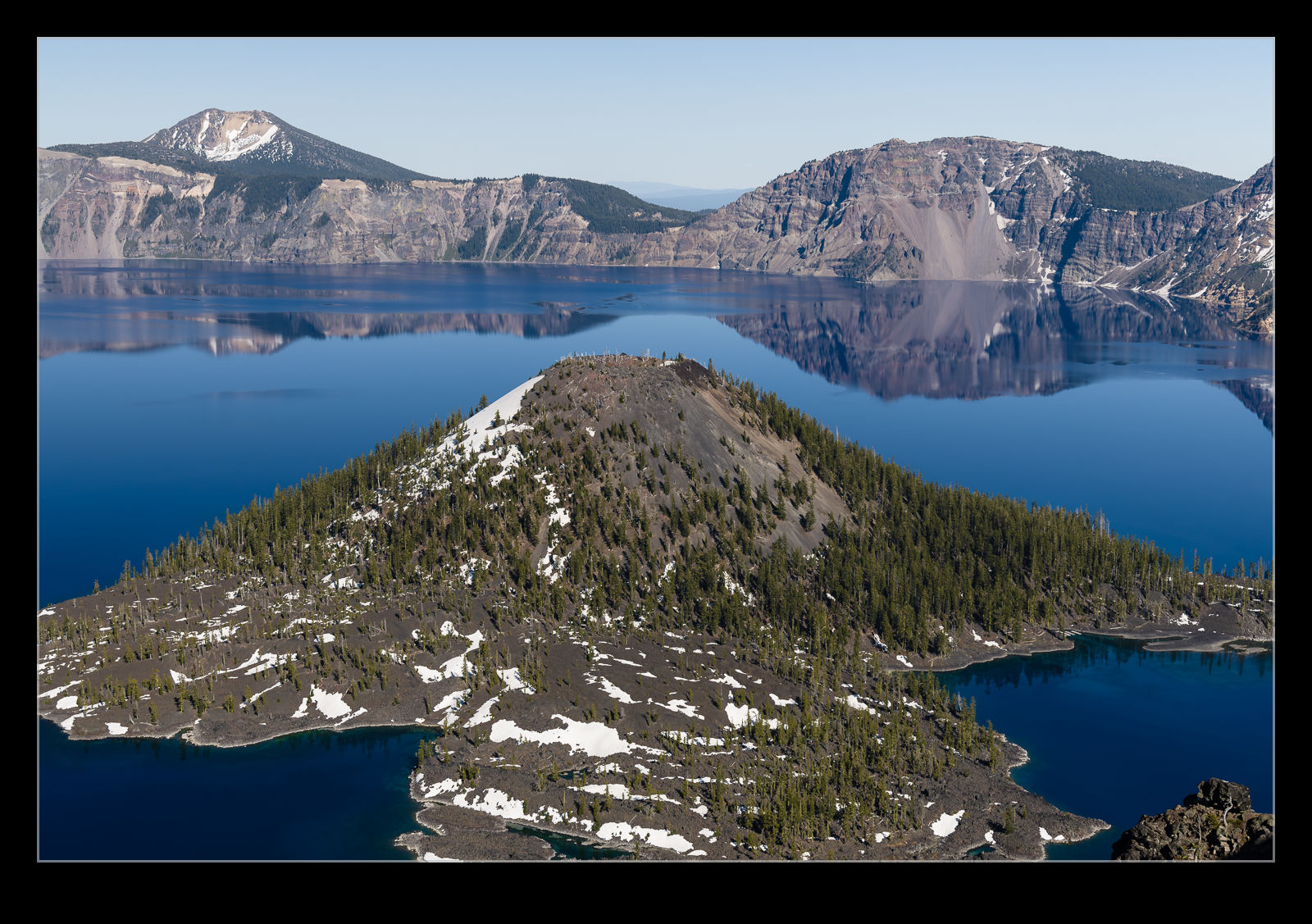 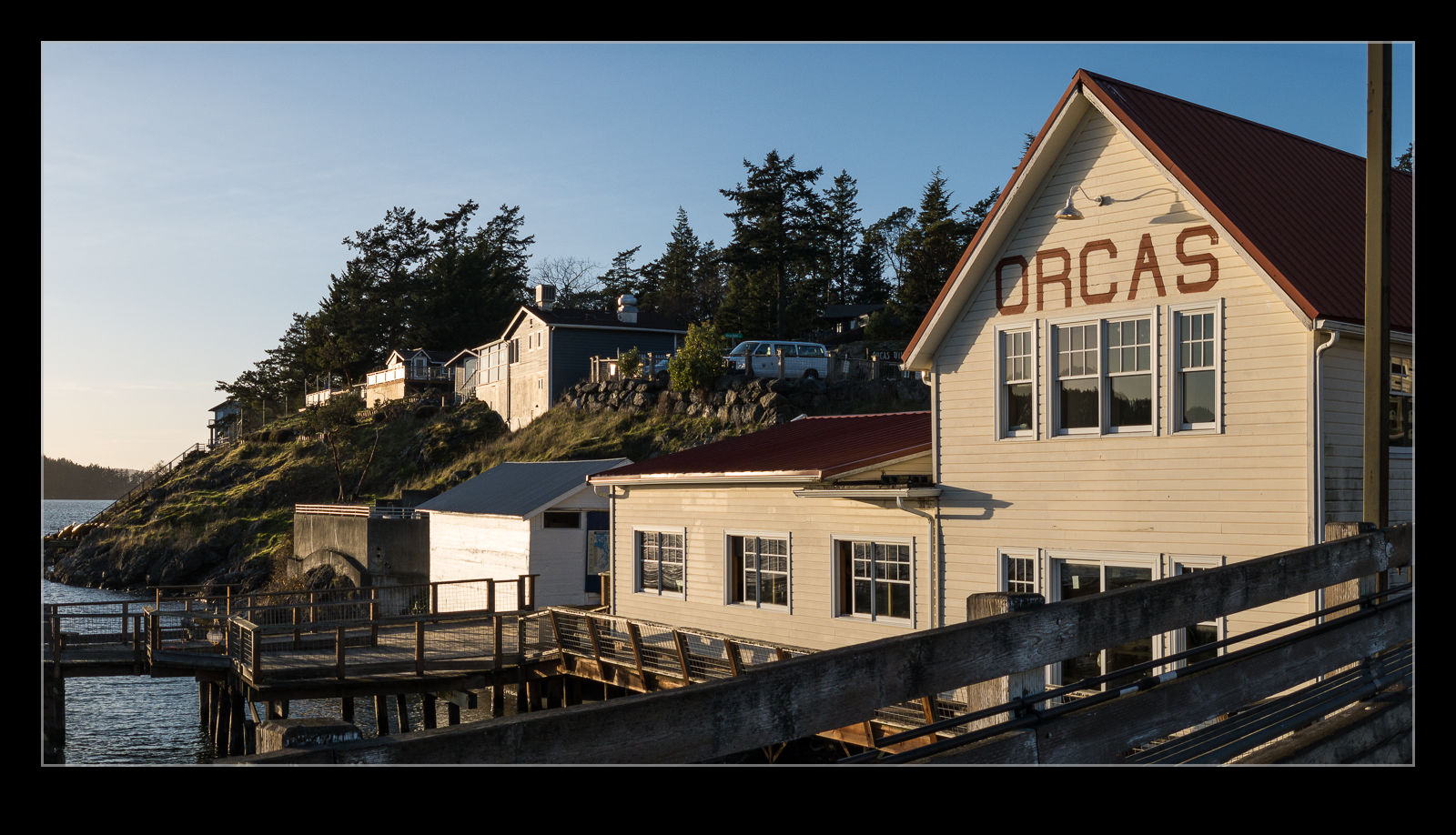 The ferry to Orcas Island comes in to the town of Orcas.  (I think it counts as a town but it is pretty small!).  Right across from the ferry terminal is the Orcas Hotel.  It is an old style hotel and has a café as well.  Restrictions meant eating in the café was out of the question but we did get take out food from there one night and it was great.  The south facing harbor gets some nice evening light in the winter.  The first time I was out walking there, I figured I would get a shot after I visited the local shop.  That was a mistake.  When I came out, the lovely light was gone and everything was in shadow.  I didn’t make the same mistake again. 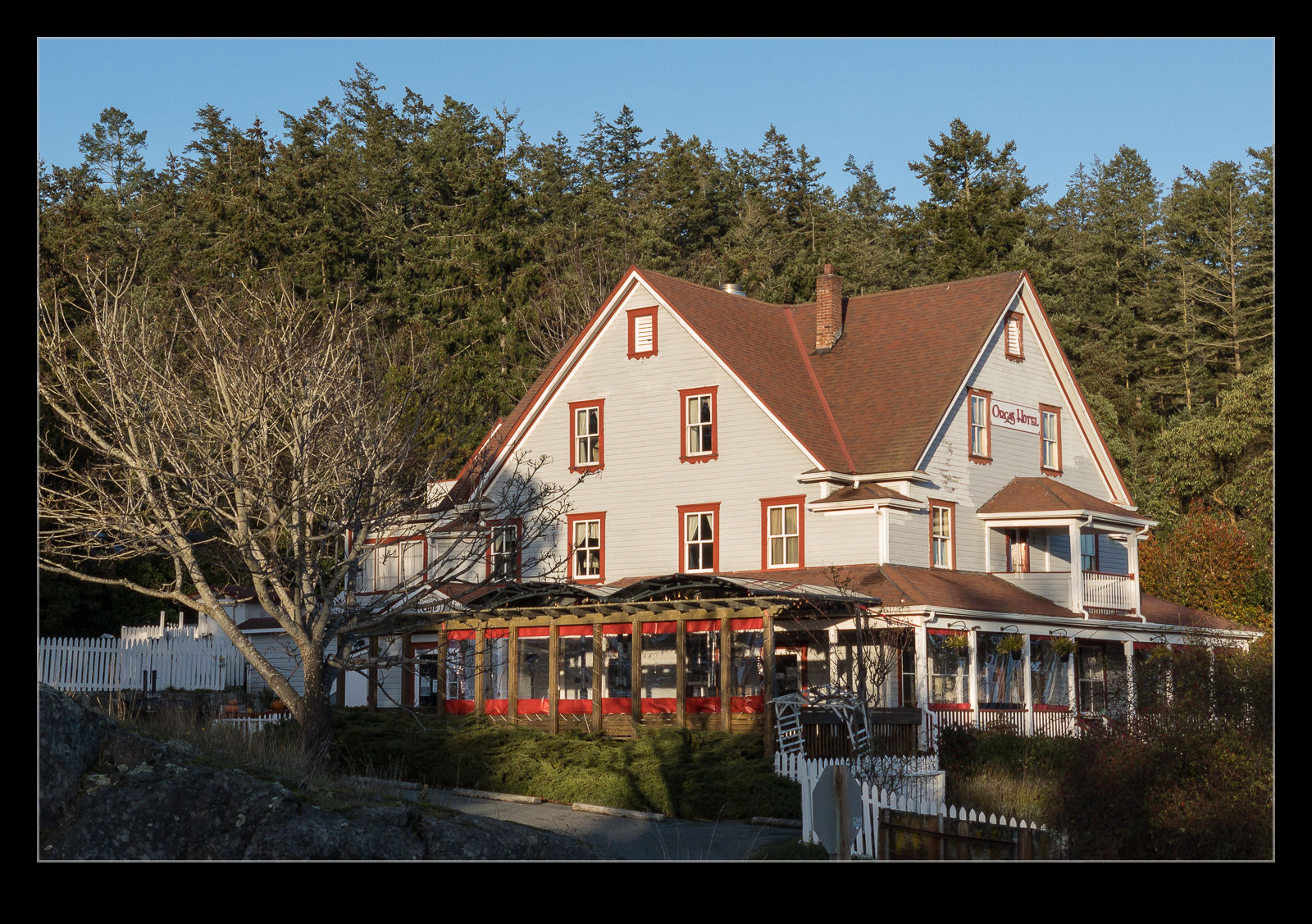 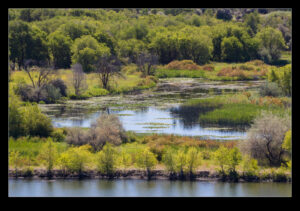 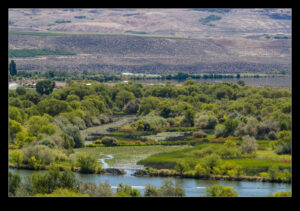 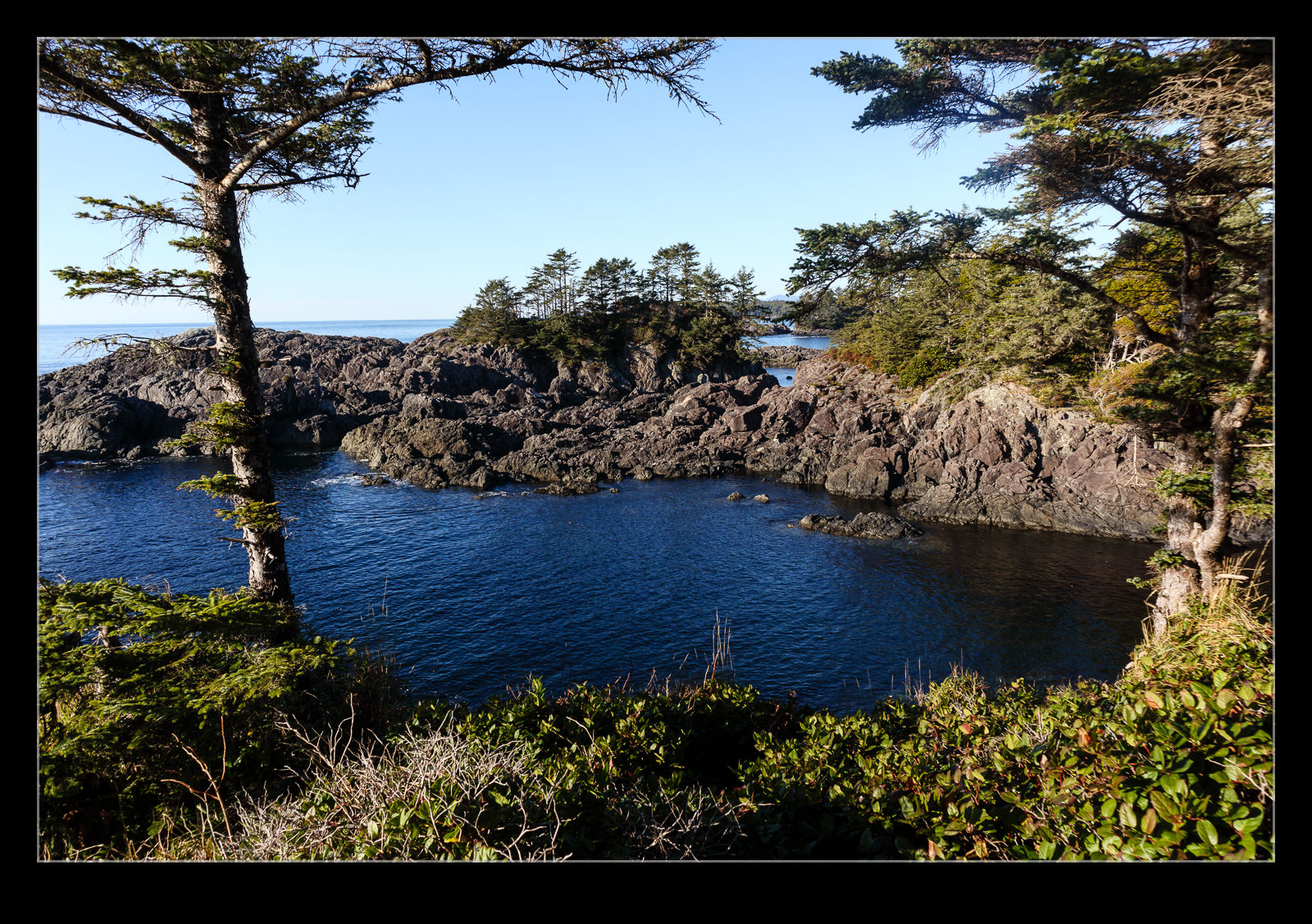 A while back I posted about the Amphitrite Lighthouse in Ucluelet on Vancouver Island.  We saw it while walking on the Pacific Coast Trail.  At the time of that post, I said I would post more from the rest of the trail.  I guess I have finally got around to doing so.  The beginning of the trail took us past the lighthouse but it was a bit backlit.  As we walked further around the coastline, the light came to be behind us more and the view of the various inlets and islands got to be very nice. 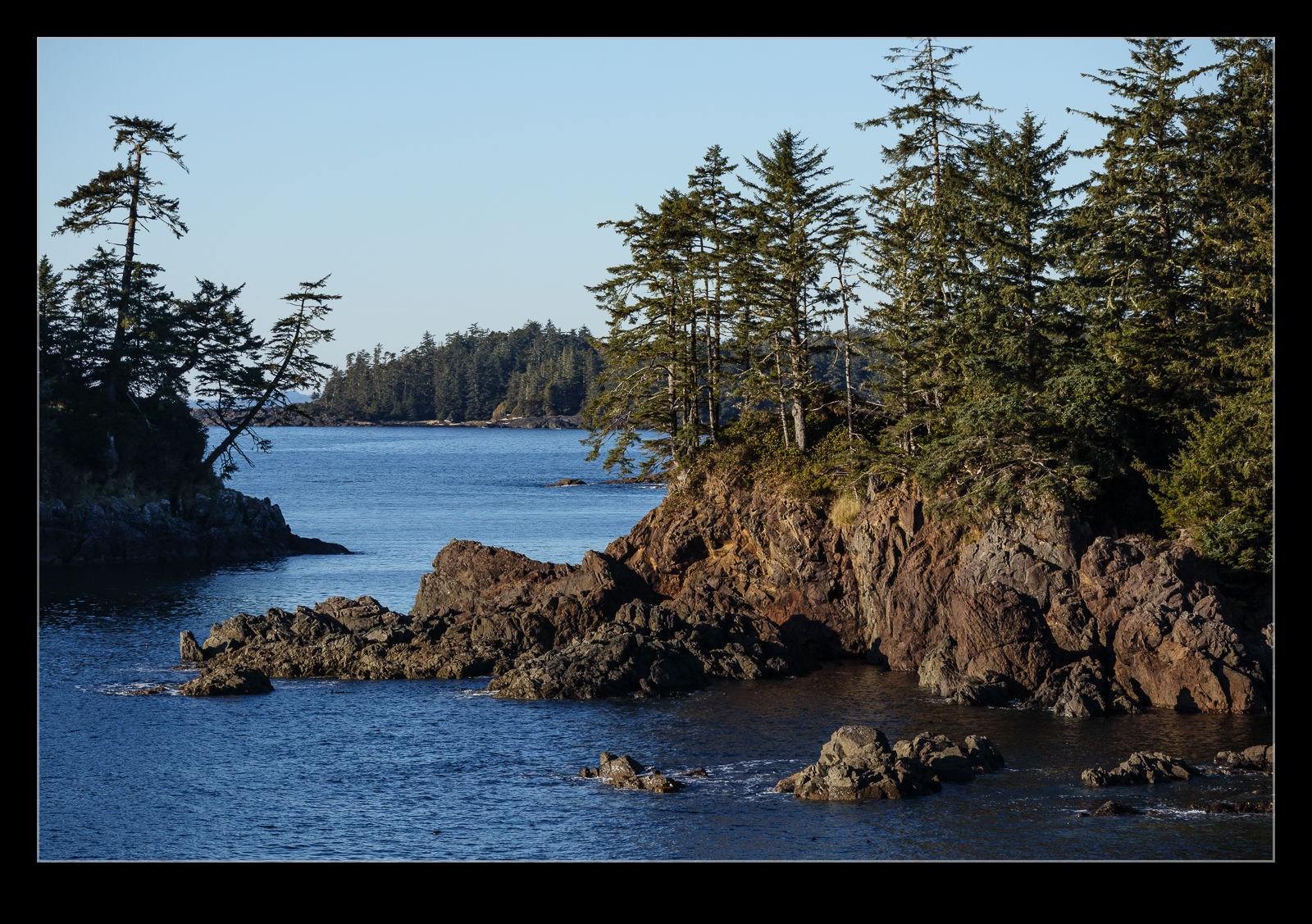 It was such a tranquil spot.  I suspect November is not the busiest time of year and the trails might be a lot more crowded in peak season but the sun was out and it was really lovely to be there.  The rocky coastline looks like it is something that you need to know your way around carefully if you are in a boat.  The presence of a lighthouse tells you that plenty have come to grief in the past.  On a day like the one we had, though, it couldn’t have seemed more appealing. 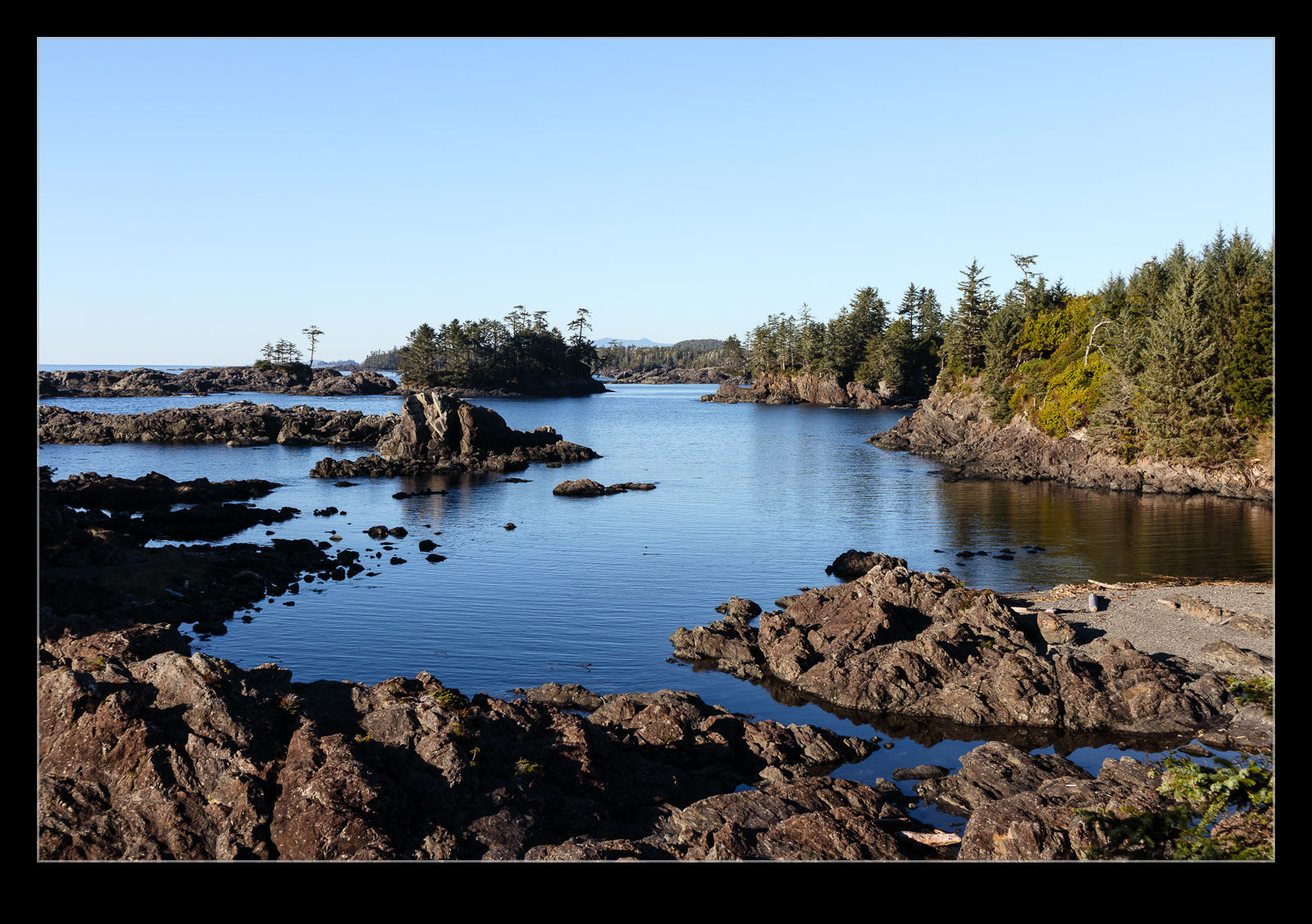 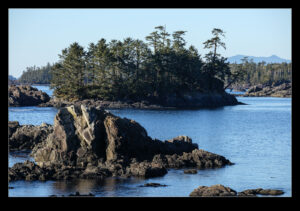 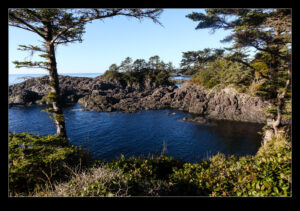 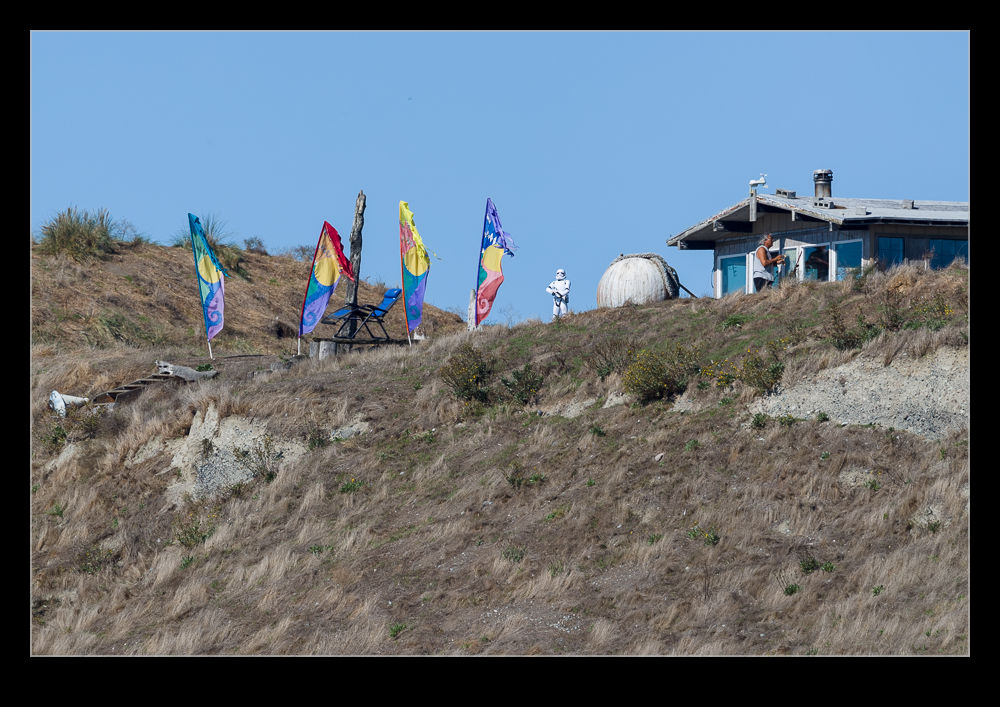 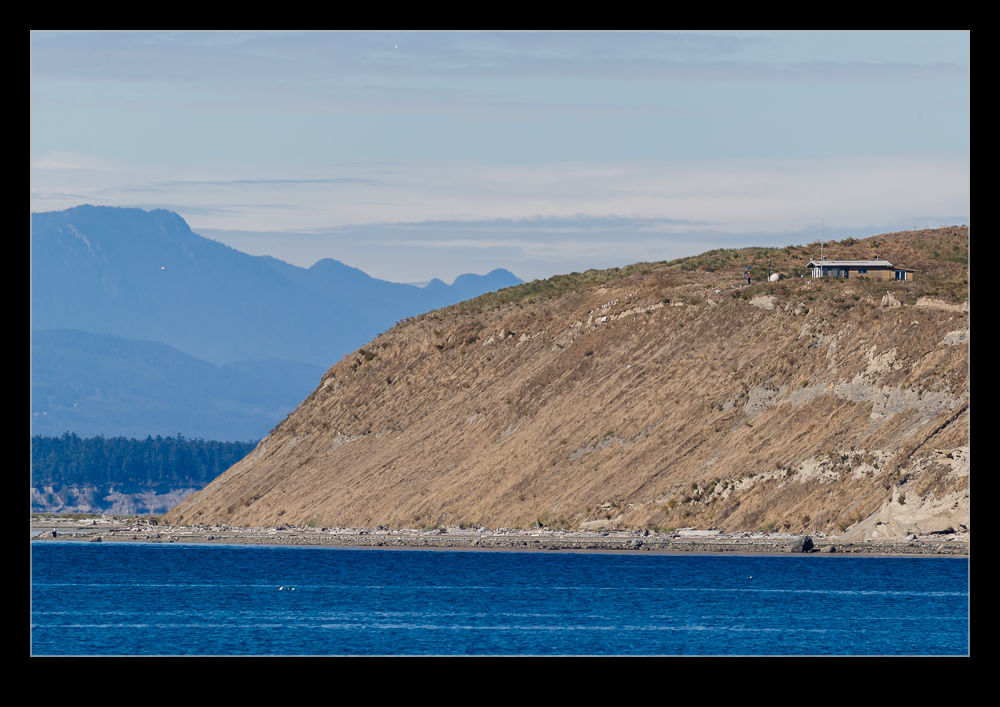 Despite spending quite a few days in Friday Harbor, I didn’t actually take many pictures of the town itself.  However, when arriving and departing, we had a better view of the town laid out around the harbor.  The waterfront is prime real estate and, as you come in on the ferry, you get to see some very nice places on the island in the middle of the harbor.  The area surrounding the harbor is more accessible for development and so there are a lot of places that are considerably closer together that the really pricey places. 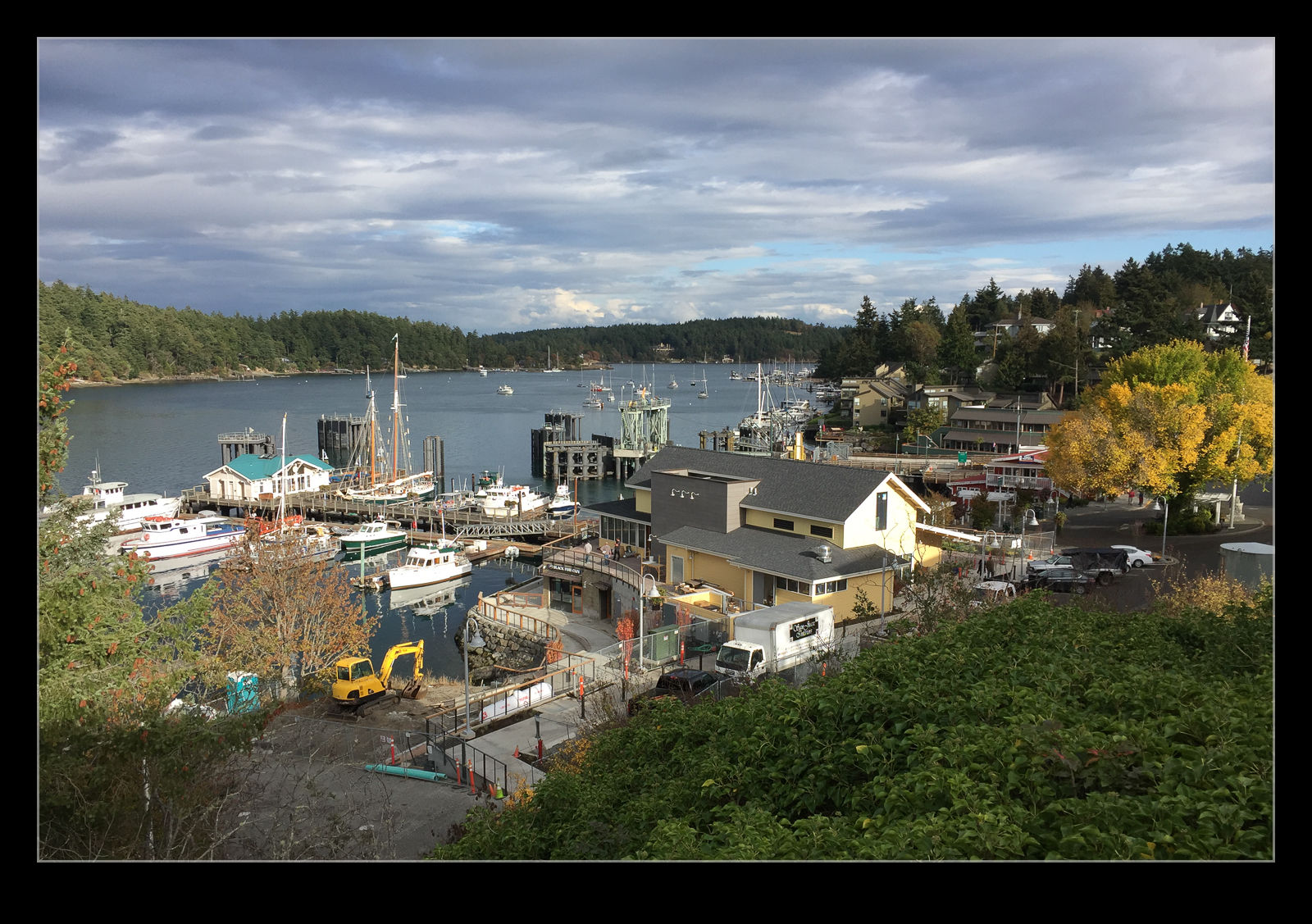 Our hotel was a little up the hill and so had a nice view across the harbor.  The construction activity below us means a slight distraction from the picturesque ideal but it really was a fantastic spot to hang out for a drink in the evening or for breakfast first thing (or as close to first thing as we could manage while on vacation!). 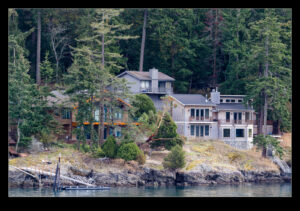 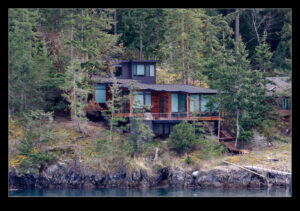 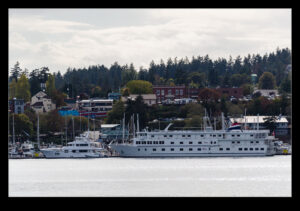 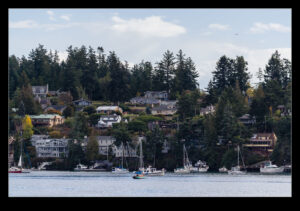 There is a place in San Francisco that I have meant to visit many times but have never been to – until now of course.  That place is Treasure Island.  At the midpoint of the Bay Bridge, it provides a great view of the city.  I nearly went there a while back.  On a Saturday I was coming to the city to visit a friend and made an early start to be at Treasure Island for sunrise.  Unfortunately someone was in a hurry that morning, wrote their car off ahead of me on the interstate and left a bumper in my lane which I hit at some speed.  This delayed my arrival by a few hours while Hertz switched out the car for me.

That is a slight aside.  I finally got there.  This wasn’t a photo trip.  Nancy and I were heading in to the city and I suddenly decided to make a quick detour.  We weren’t there long.  I did take a look at a great Art Deco building that has the look of an old terminal building but which was a Navy building I believe.  The city now uses it and it was closed when we were there but it will be worth a second look.

I did take some pictures.  I was shooting into the sun so the look I was going for was more silhouette and highlight but we did have a good view of the sailing boats out at Alcatraz.  This was part of a great sweeping view.  Again, panorama jumped to mind.  As with Twin Peaks, I can only show a small portion of it on screen but it was a nice lookout.  Another location to be added to my list of places to visit at a more appropriate time of day. 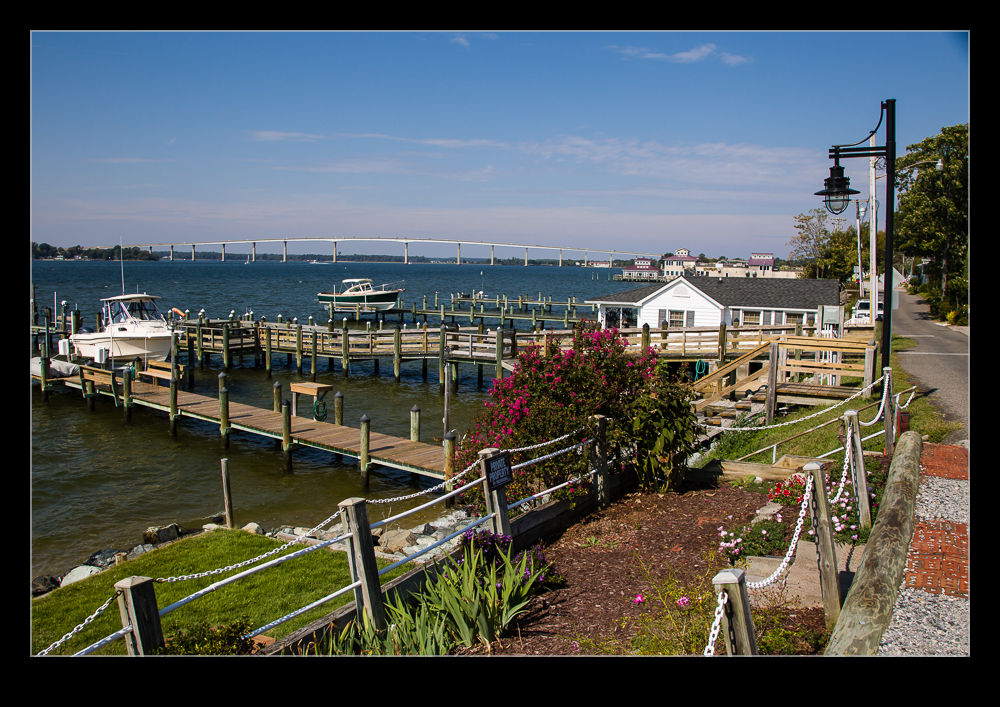 We had the great pleasure of traveling to Maryland to stay with our friends Mark and Rosie a while back.  They are friends of ours from the UK who are currently in the US for work.  We spent the weekend with them and got to enjoy a part of Maryland that neither of us had spent much time in before.  They live down near where the Patuxent River meets the Chesapeake Bay and there is plenty of water around you wherever you go. 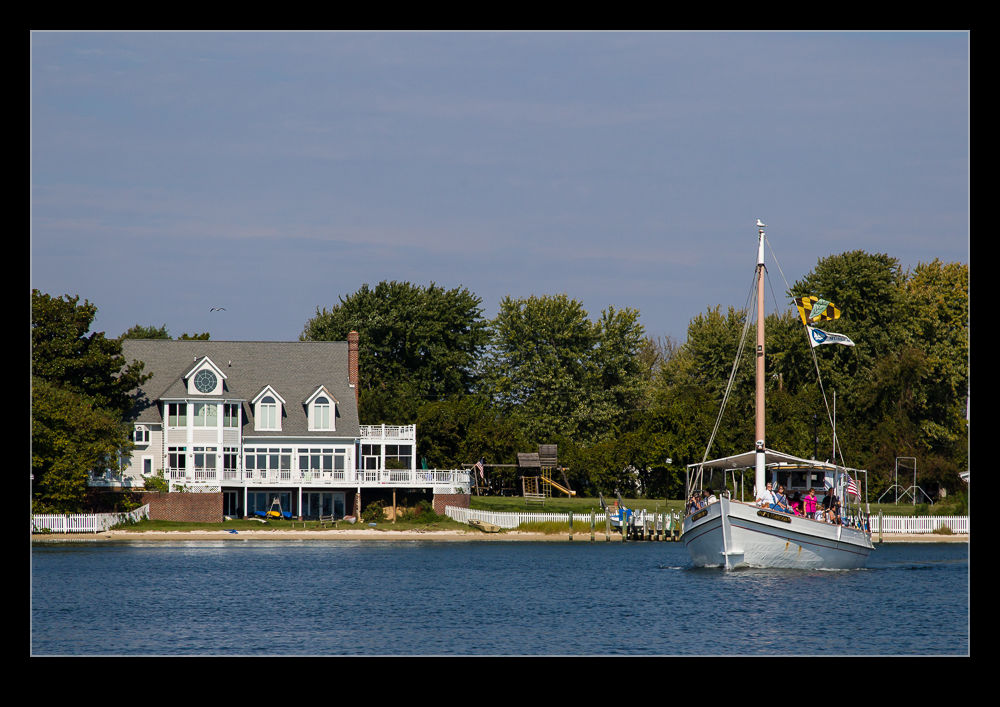 As someone who grew up by the sea, I have always enjoyed being by the water.  A good local spot to visit is Solomon Island and we decided to head there for a walk around and a spot of lunch.  Since they have a boat, Mark and I decided to go by water while Nancy and Rosie took the car.  I wanted to have a blast about in the boat and Mark wanted to go a bit faster than he would if Rosie was aboard so this worked for all of us. 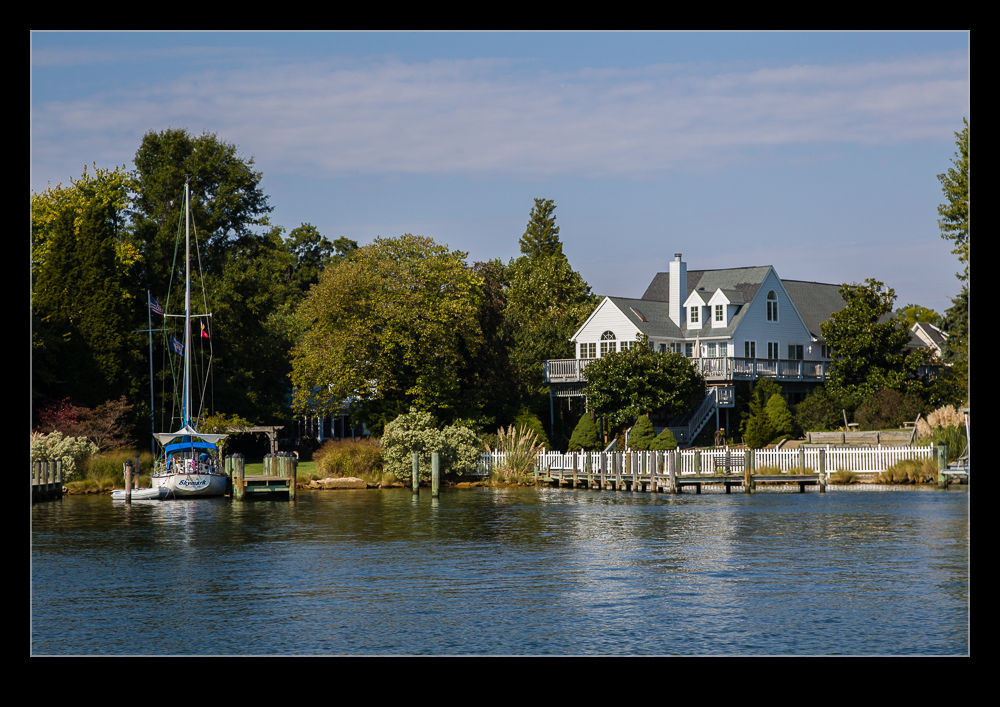