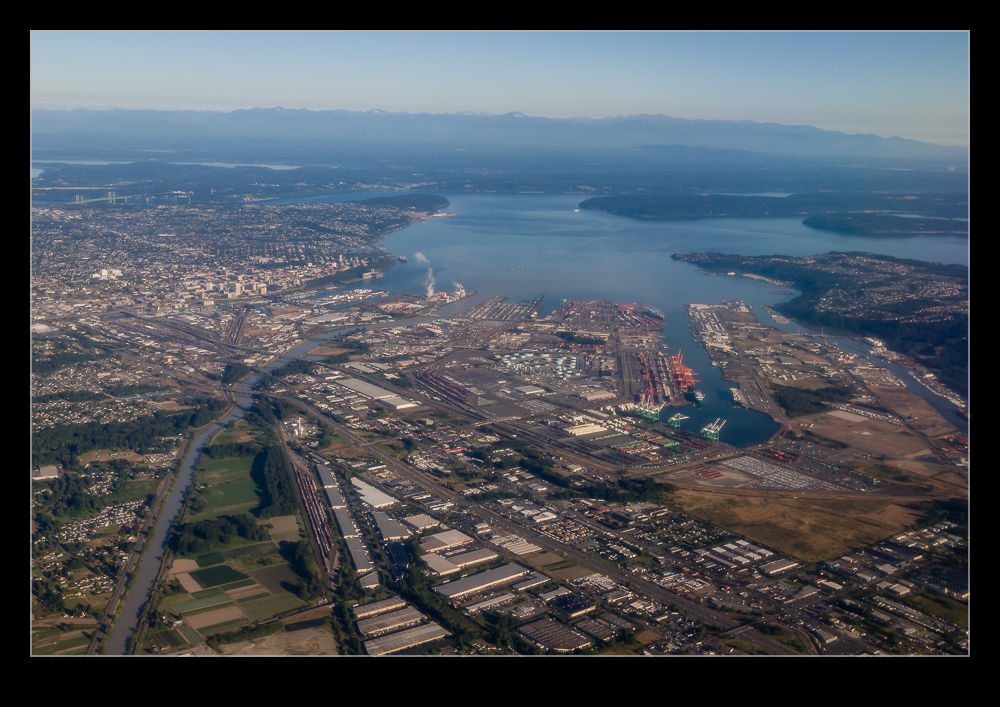 When landing at SeaTac on the northerly approaches, you come across Seattle’s southern neighbor, Tacoma. The approach routing brings you just to the east of the city so, if you are doing this in the morning as I was at some point recently, you get the city nicely illuminated in the early sunlight. The usual issues with shooting through an airplane window still apply but you are lower so the shots can be more forgiving. 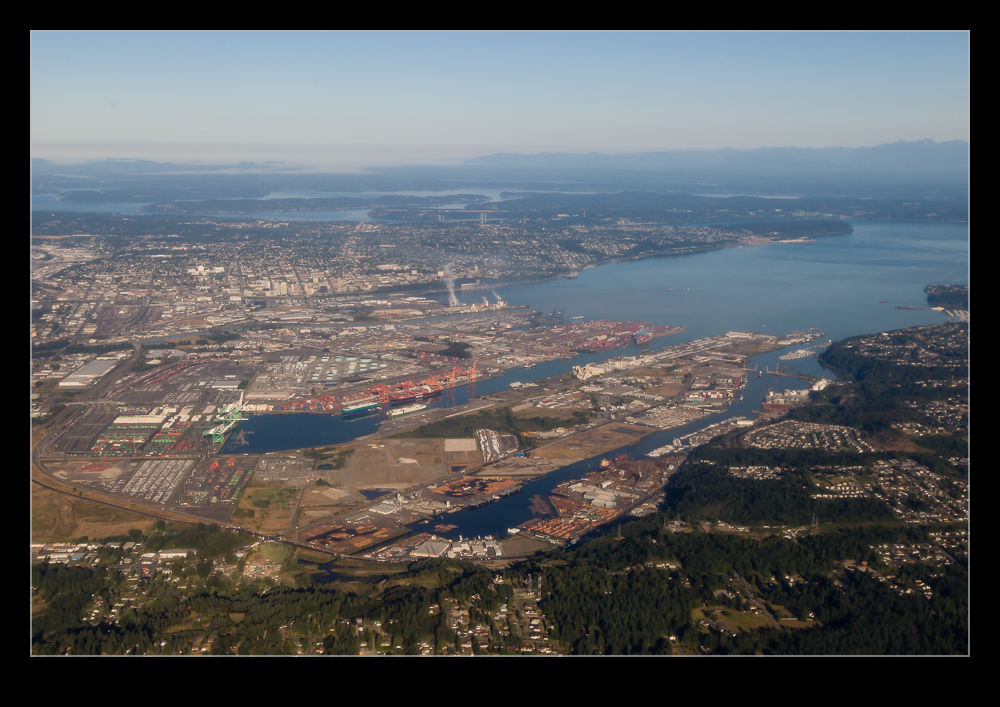 The city is home to one of the west coast’s major container ports. The view from above clearly shows how the harbor dominates the area. The container terminals and the cranes that make them work are clearly visible along with the transportation connections that take everything out of the port an on to its final destination. 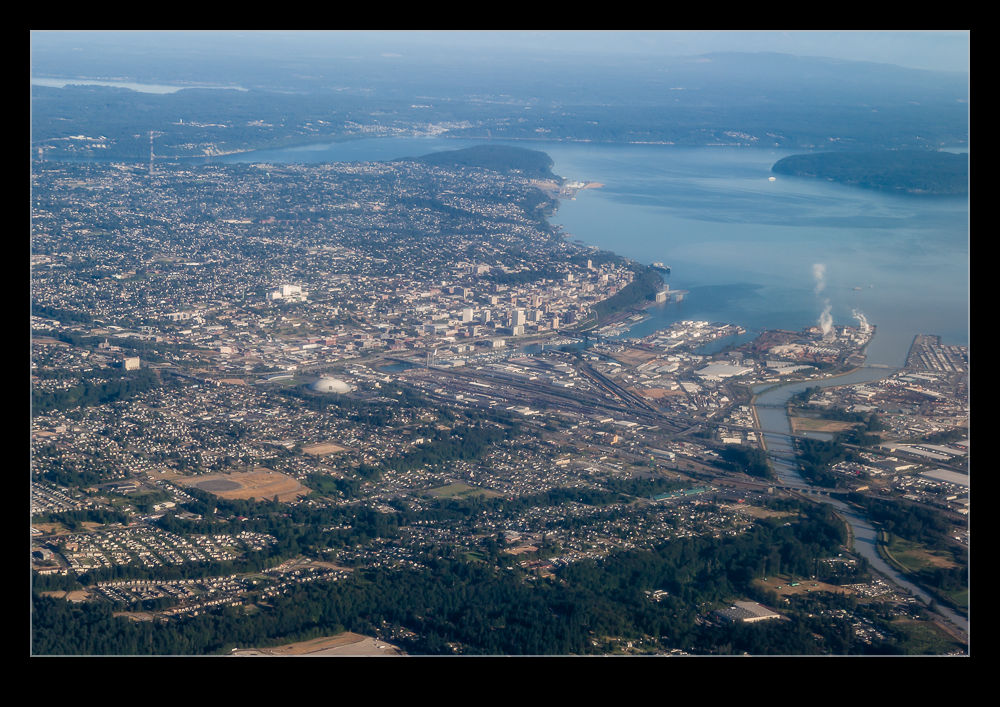 The city also has a large dome which is home to many events. It is close to the main freeway from north to south, I-5, and when you drive past it seems to be pretty huge. From the air, it is still clearly seen but somehow it doesn’t have the same impact.