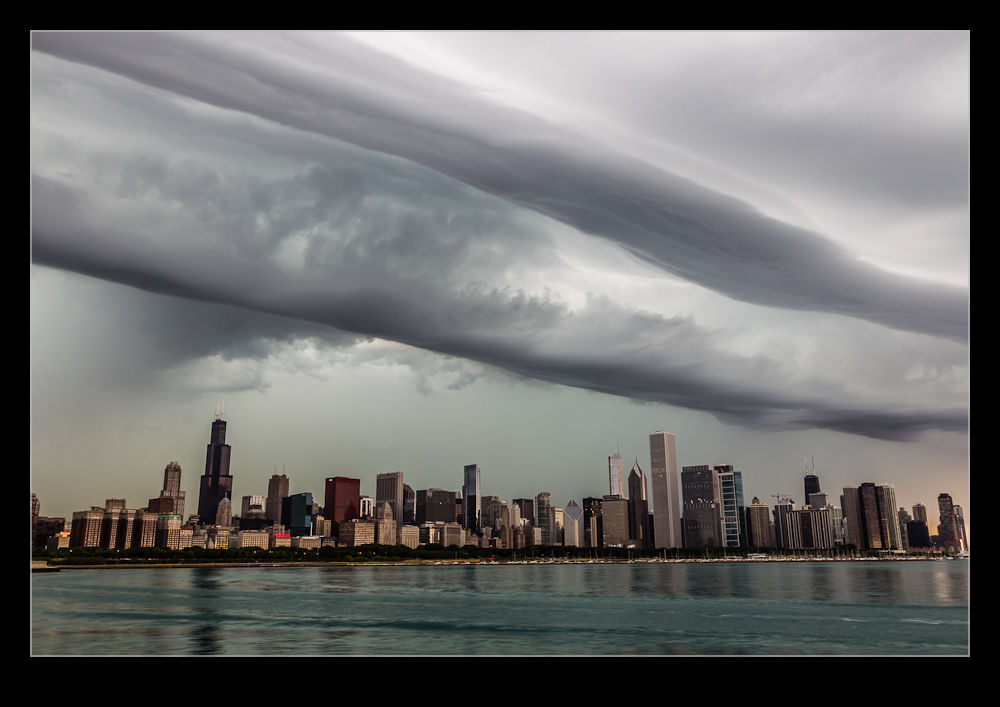 With warm weather comes the chance of storms.  Many times I have noticed the storm as it hit us and wished I had been down on the lakeshore to see the whole thing run in and get some good lightning shots with the city skyline.  This recent occasion I was more aware of the impending deluge and managed to get half of what I was after. 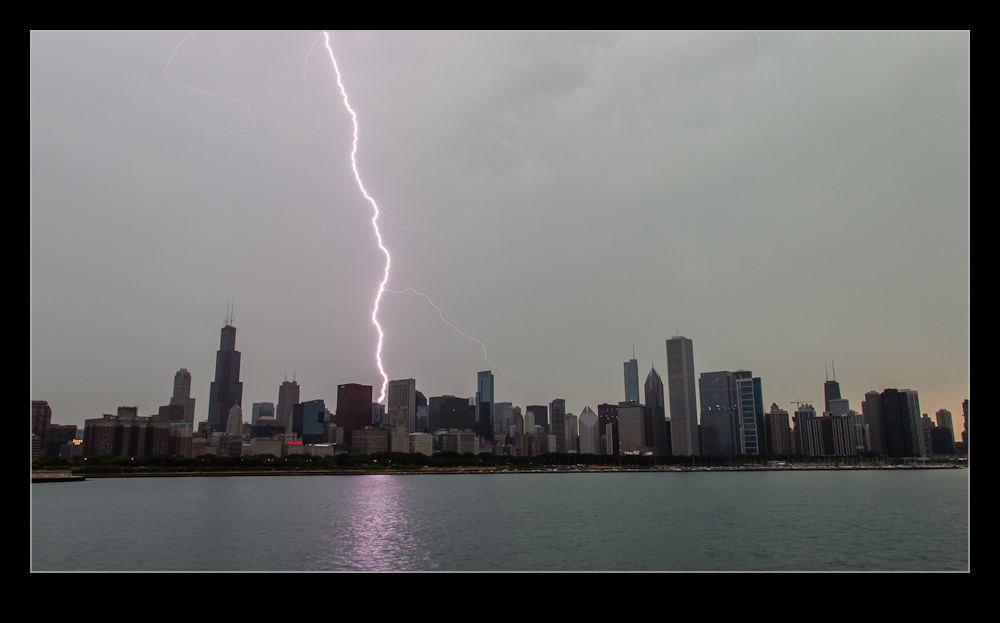 I positioned myself for the storm in good time.  Ahead of it, the clouds rolled in and produced some very impressive formations.  The Midwest is great for “end of the world” skies some times!  Unfortunately, the storm never really got going with the lightning.  We got a few bolts but not very many.  The rumbling from above was unmistakeable but it didn’t produce the photo shots.  I did get one big bolt but it never got dark enough to allow some long exposures so I was always hoping to catch something. 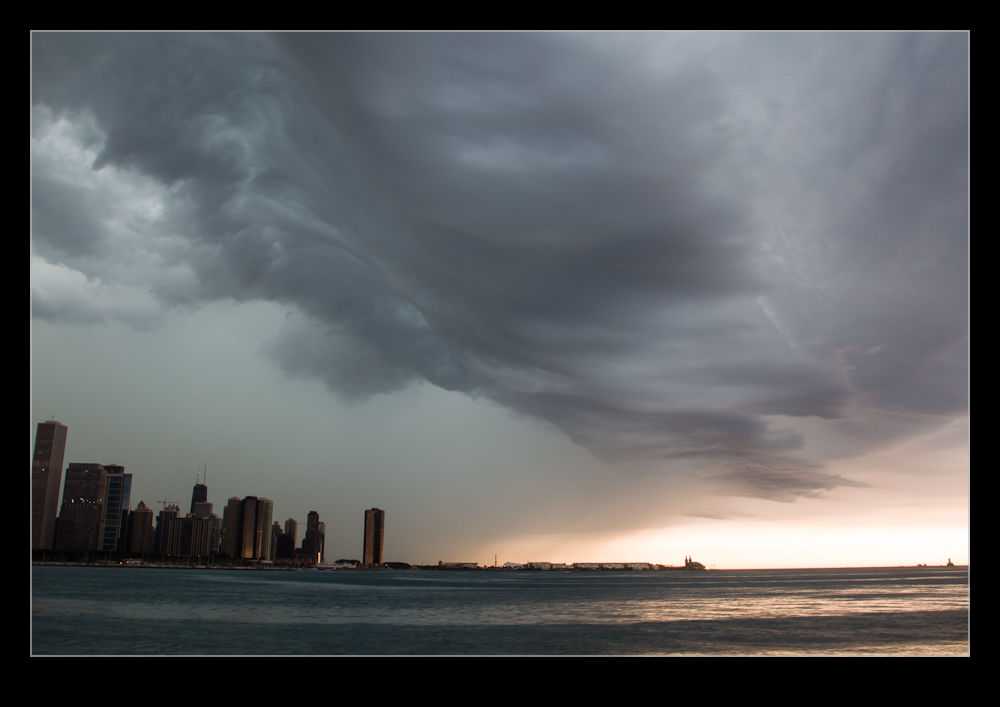 I did leave a second camera running with the video when the clouds rolled in.  I have accelerated the speed of the video to show the clouds in a shorter clip that will hopefully be more acceptable.

1 thought on “Stormy Clouds Roll In”